It took just over an hour before the deadlock was broken by the Argentine, who saw another free-kick crash against the crossbar just before half-time. 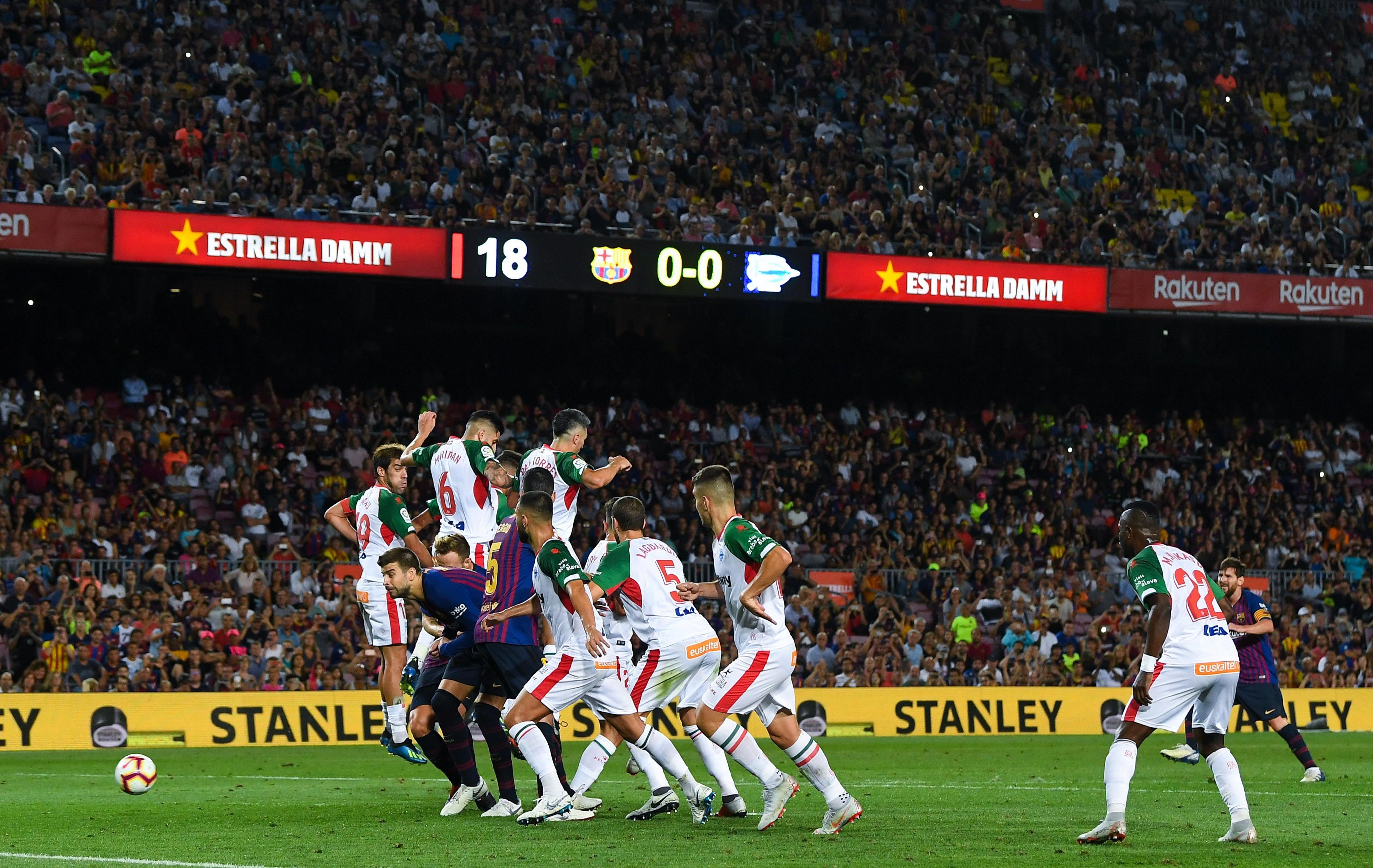 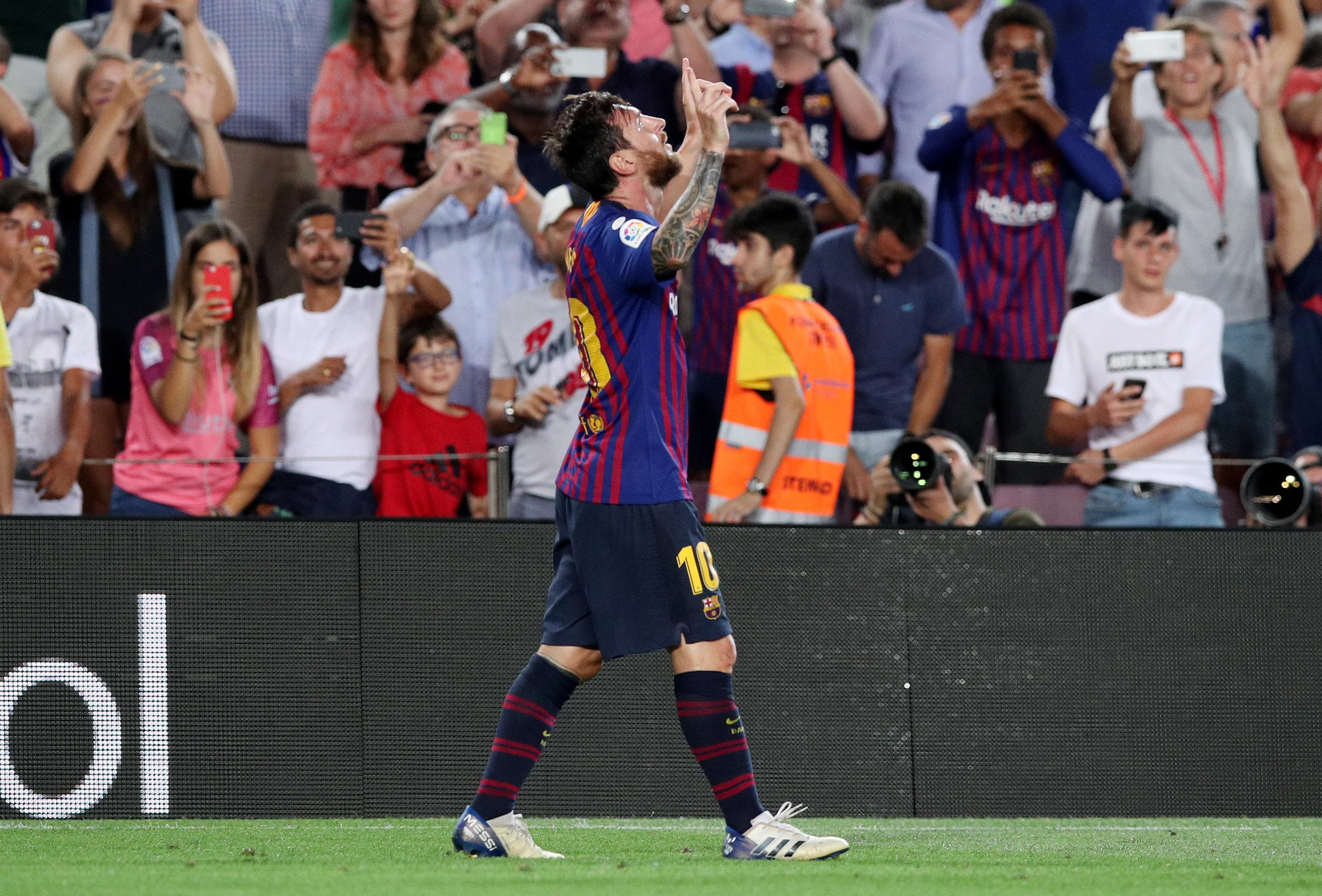 Philippe Coutinho added a second late on to secure the three points with a fine, individual effort before Messi grabbed himself a second in the dying seconds.

It was not a vintage Barcelona performance but a simple enough victory to kick-start their campaign for a fourth league title in five years.

It was a quiet opening 35 minutes at the Nou Camp as Ernesto Valverde's side struggled to find their usual fluency on what was a very wet pitch.

Messi had the game's first chance after just three minutes as he latched on to Ivan Rakitic's ball over the top of the Alaves defence but the Argentine dragged his right-footed shot wide. 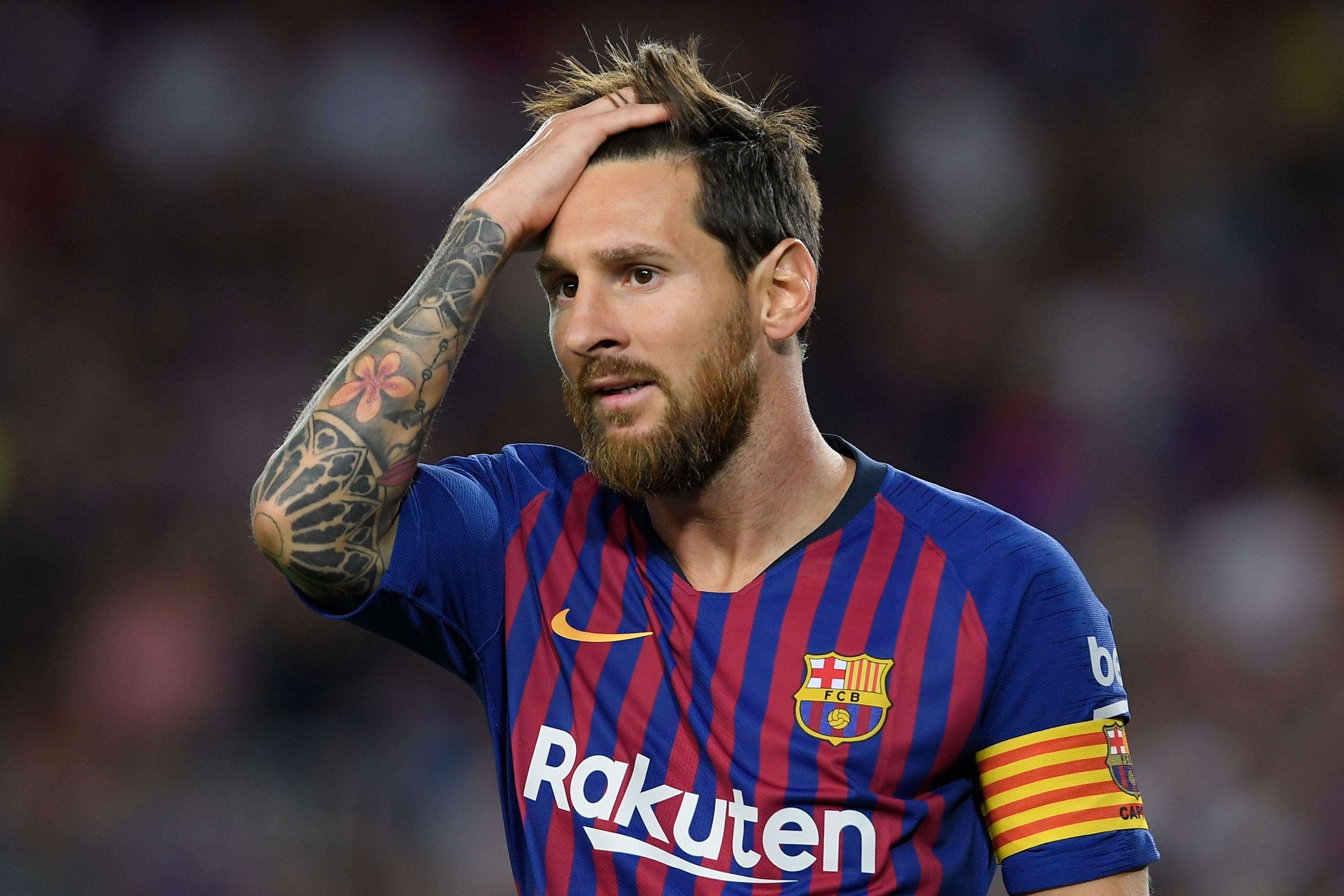 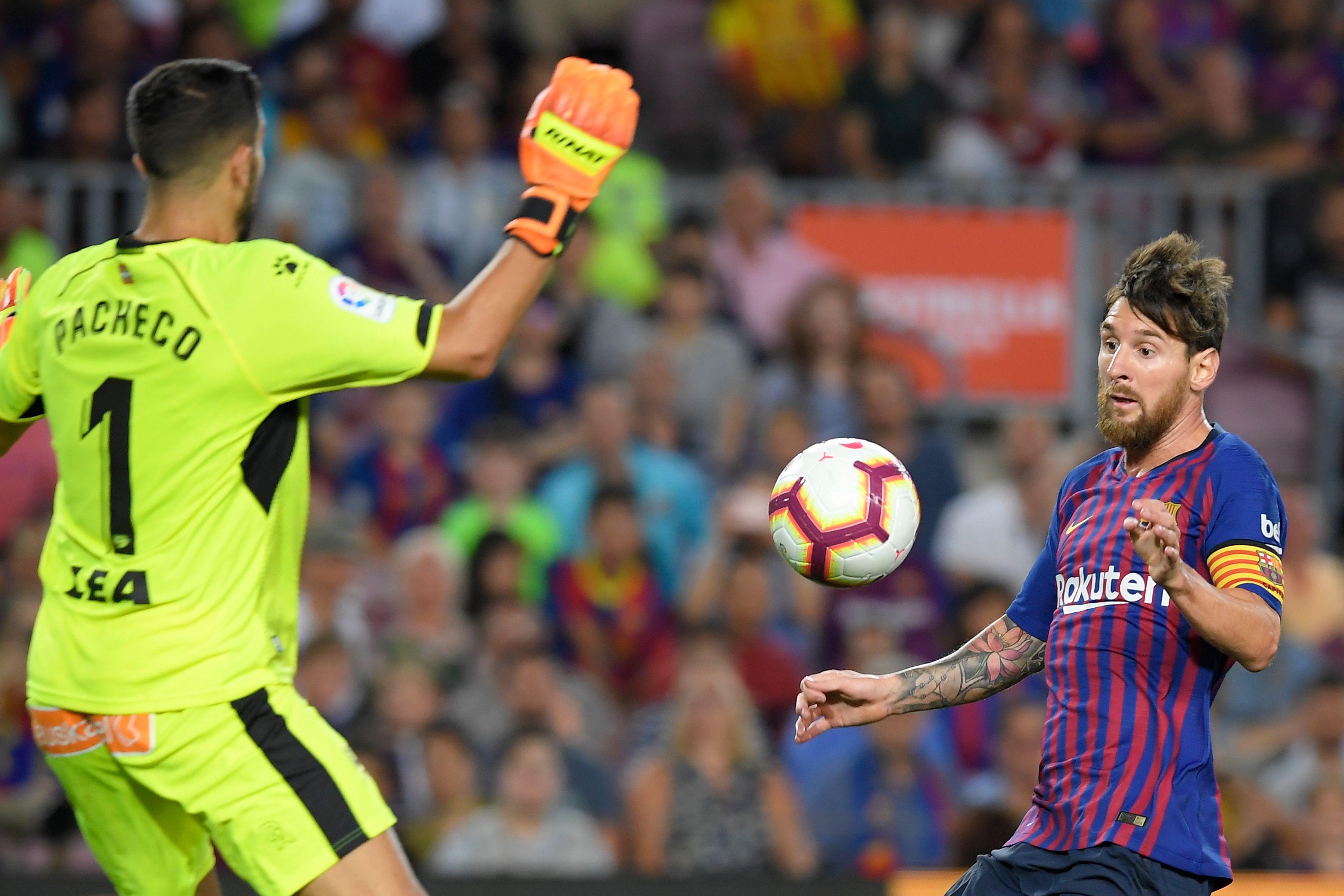 The game then exploded into life in the minutes leading up to half-time. From a free-kick on the edge of the box, Messi crashed the underside of the bar.

Alaves goalkeeper Fernando Pacheco was nowhere near it as the ball bounced down on to the line and away before Gerard Pique headed over the rebound.

Seconds later, Ousmane Dembele came close to finding the net on the stroke of half-time but the Frenchman sliced wide when teed up by Jordi Alba.

Coutinho was introduced at half-time into an unfamiliar central midfield role alongside Rakitic and Sergio Busquets, rather than the left-wing role he has normally been deployed in since his January switch from Liverpool. And it proved a smart move. 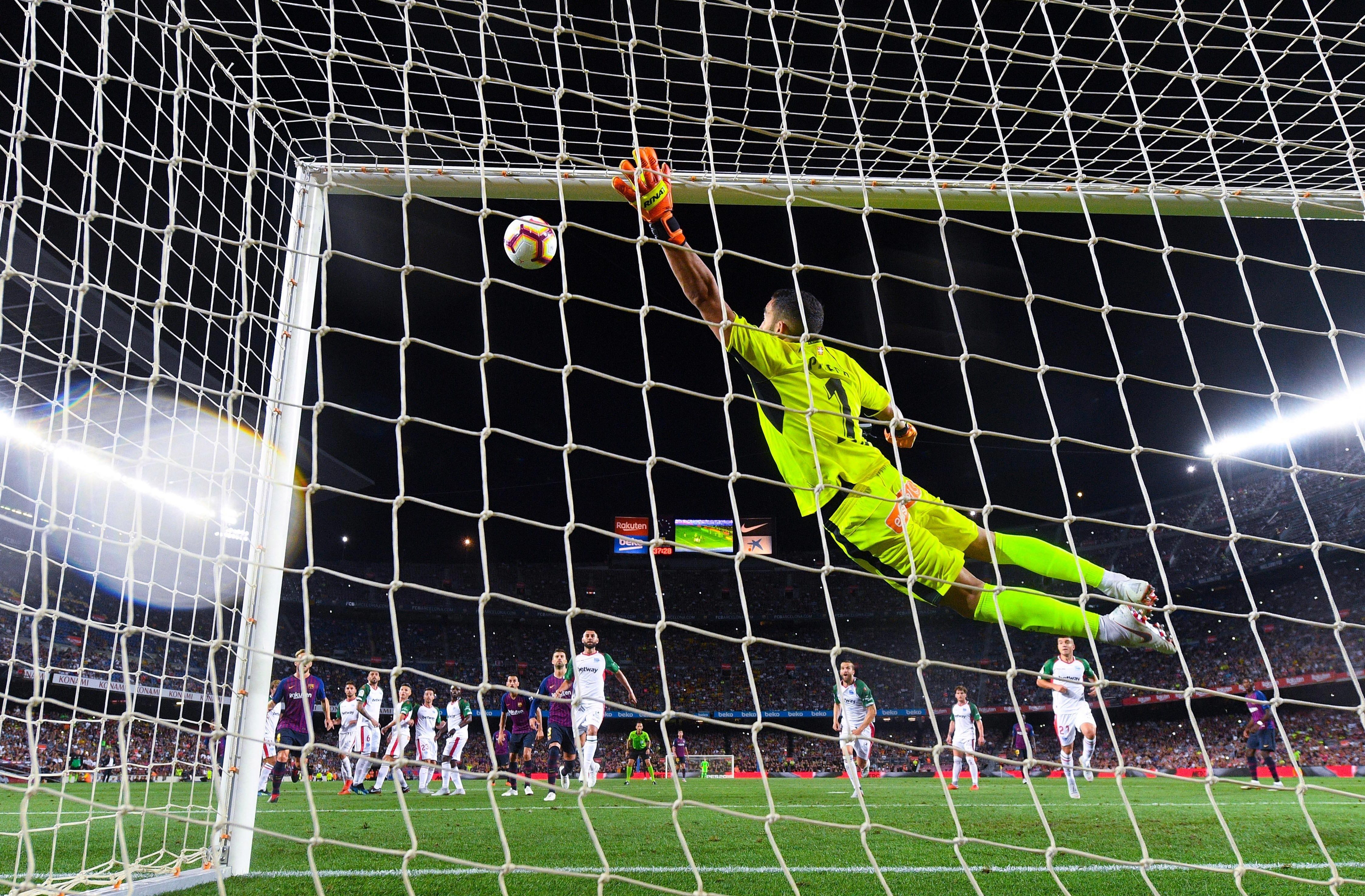 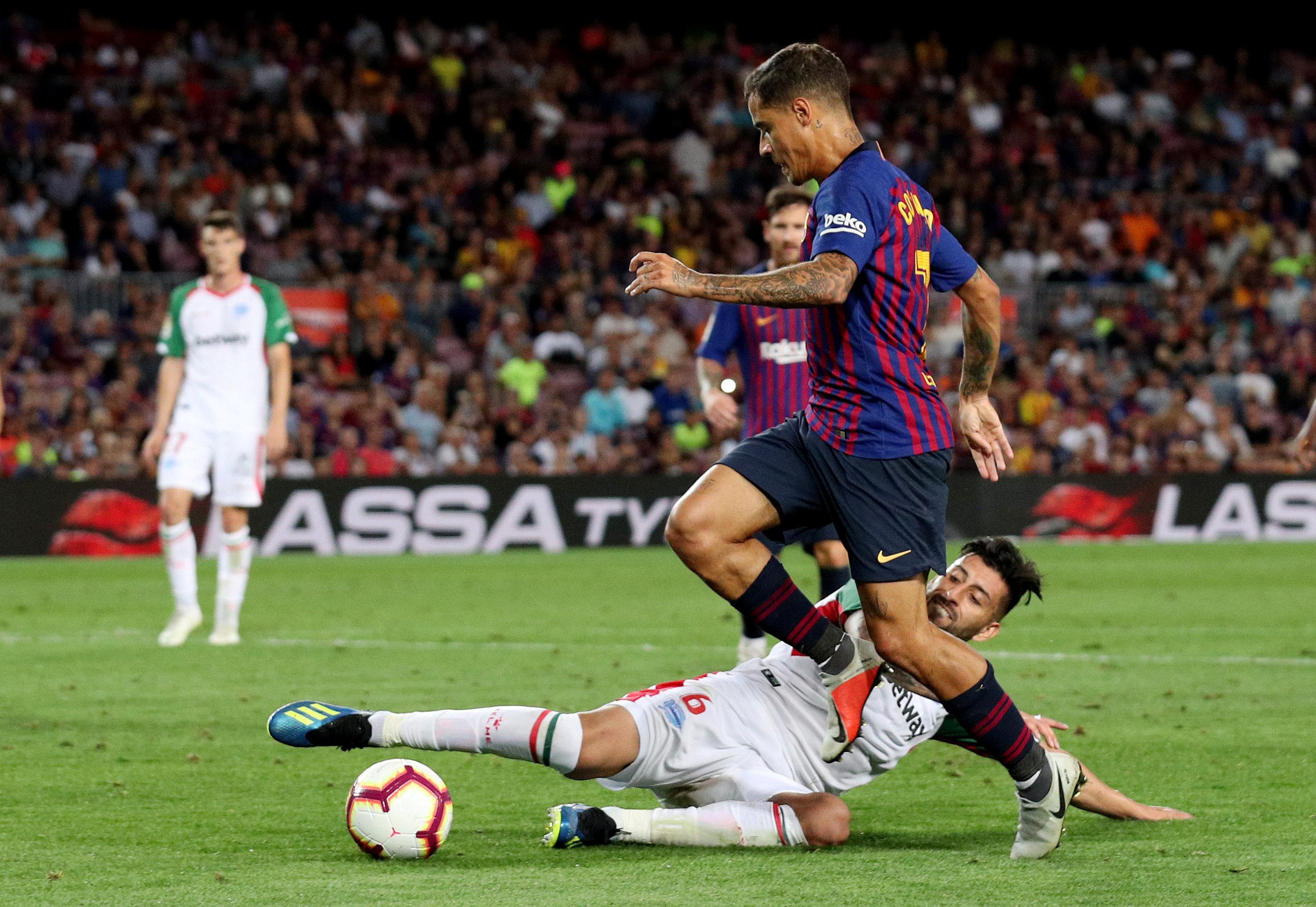 With just over an hour played, Messi finally got the breakthrough for Barcelona, their 6,000th in La Liga.

He stepped up to another free-kick in an identical position to the one in the first half, almost as if the first was a dress rehearsal, and intelligently waited for the wall to jump and rolled it effortlessly underneath and into the back of the net.

The locals were on their feet again just moments later as the Argentine wizard, and new Barcelona captain, almost got his second in as many minutes but curled his delicate effort against the post.

Barcelona had their fair share of chances throughout the second half and the visitors had Pacecho to thanks for keeping them in it. 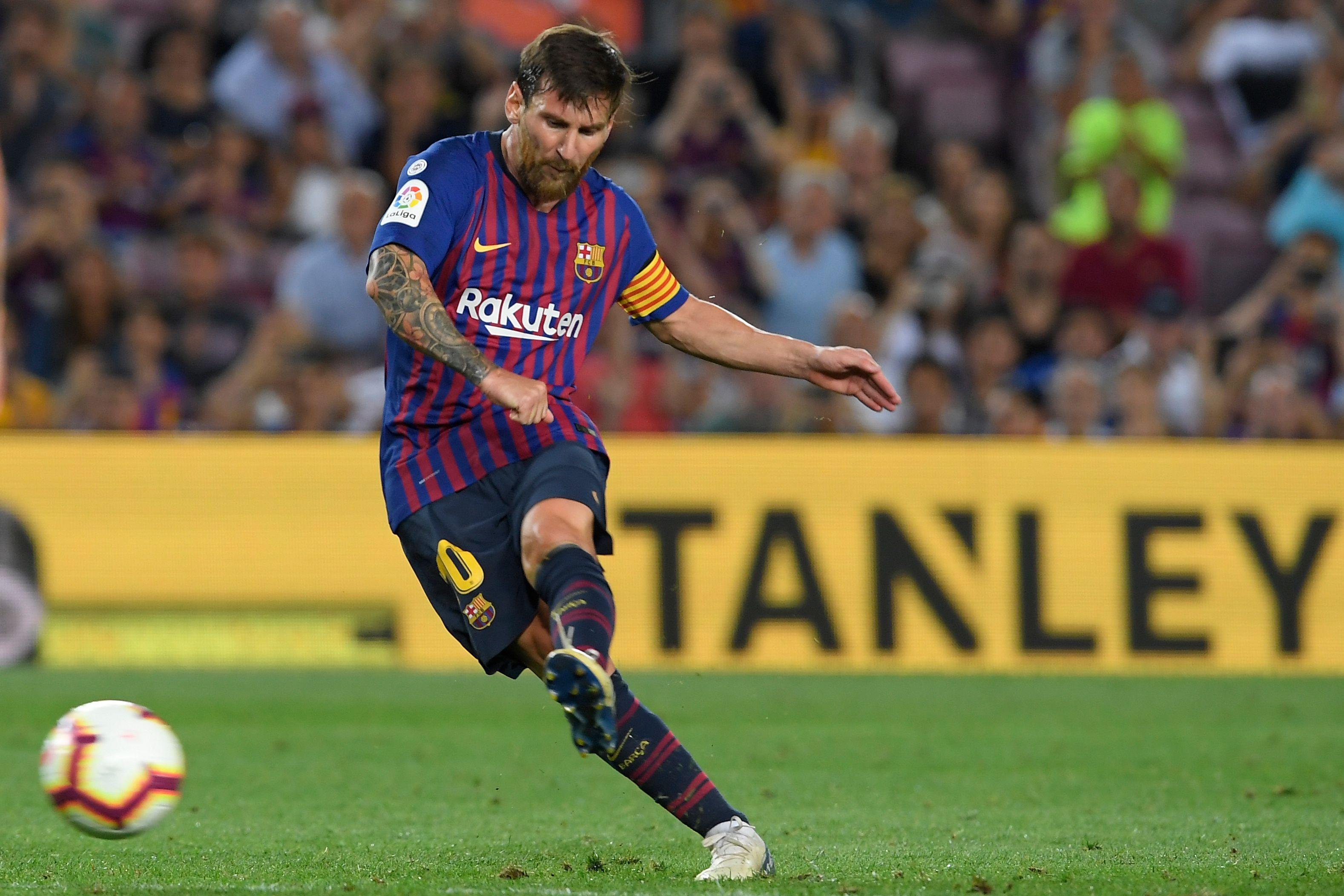 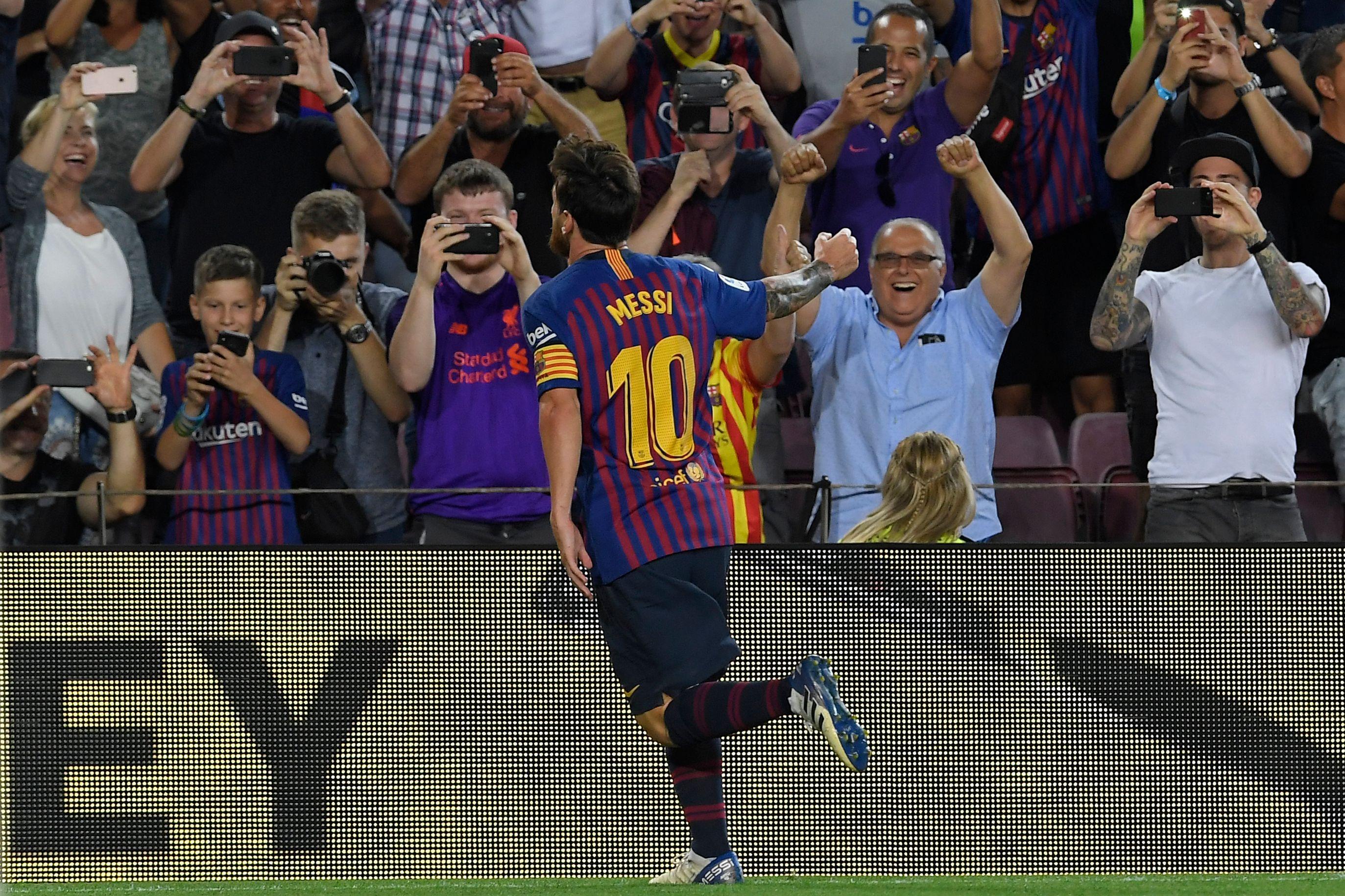 Coutinho should have sealed the game with ten minutes remaining but hit the keeper from close range. But just a minute later, the Brazilian substitute did finish the game in emphatic style.

He picked the ball up just outside the box, dribbled towards goal, cut inside one defender, cut inside another and, without even looking at the goal, whipped home the second in trademark fashion.

Arturo Vidal, on the hunt for an eighth consecutive league title after his success at Juventus and then Bayern Munich, came on for his La Liga debut to complete a satisfying night for Barca.

Messi, though, had the final say as he so often does, showing pure class to expertly chest down the ball in the box, wriggling free of his marker and slotting in the third with the final kick of the game. 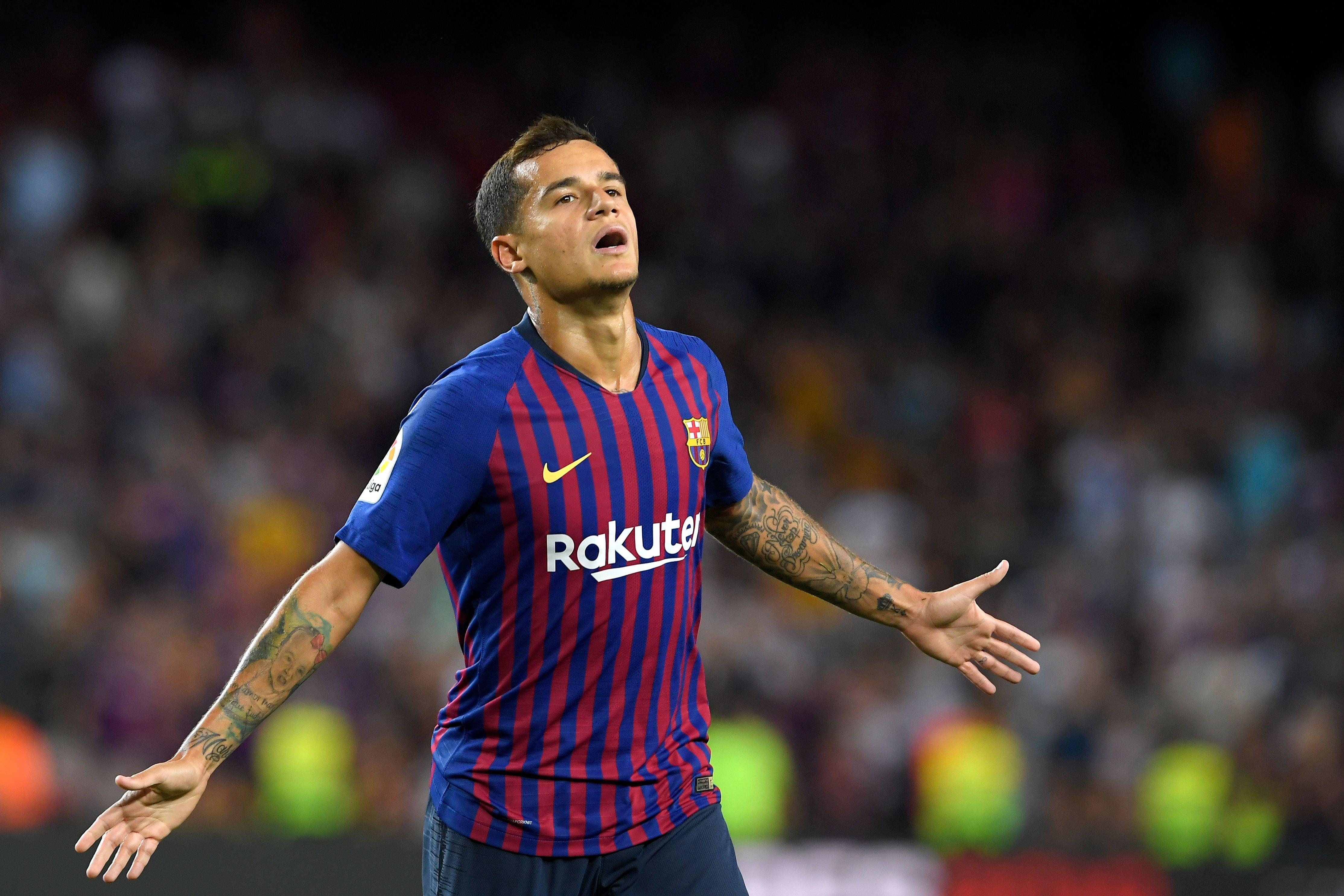 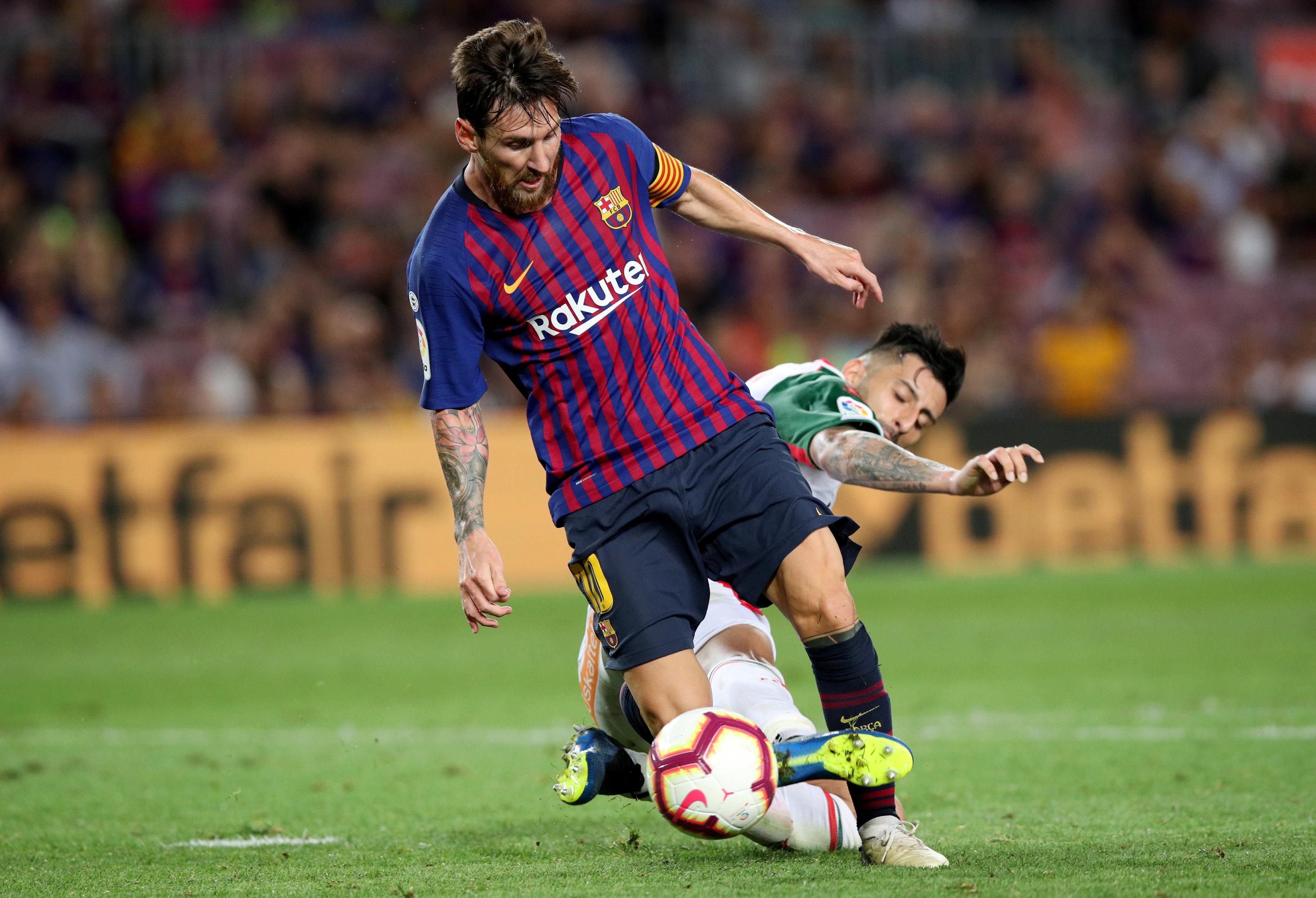