Home » Sport » Barrett has blamed everyone but himself for Manly's mess

Trent Barrett, faced with the unenviable choice between coaching Manly and unemployment, has opted for the latter.

The strain of working from demountables, in a politically charged environment, after a series of dramas that include your club rorting the salary cap, leave a coach with no other option. 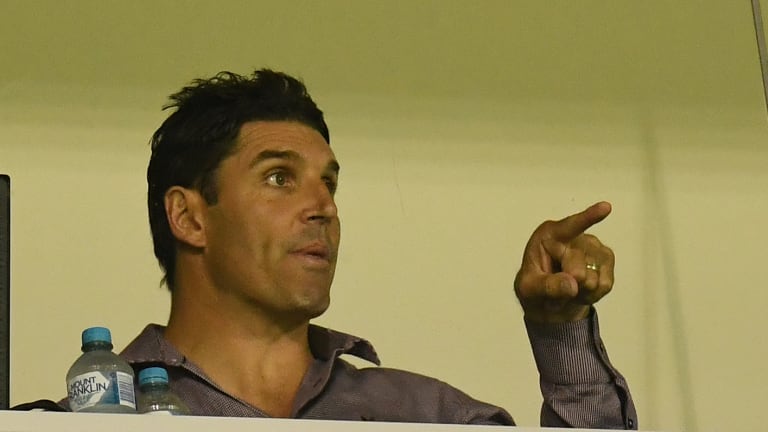 Trent Barrett has been quick to point the finger over Manly’s shortcomings.

That is, unless you’re Brad Arthur.

Both clipboard holders have endured difficult seasons, their sides occupying the bottom positions on the ladder. However, the contrast in how they have responded couldn’t be more stark.

Much has been made of Barrett’s plight. Understaffed and under-resourced, Barrett has been chained to a desk he brought in himself. The picture painted is one of him sitting on milk crates, pleading with management to stop the Silvertails from turning into the Fibros they so despise. Answering to a hierarchy no longer run by a Bozo but nonetheless stacked with clowns.

Some of Barrett’s gripes are legitimate. The front office has often left Barrett posted during the seemingly endless dramas engulfing the club. Whether it be the Gladstone strip club affair, the Jackson Hastings debacle, the salary cap fallout or the sex tape scandal, the coach has been forced to face questions that should have been fielded by the chief executive.

But in continually crying poor, Barrett has deflected the narrative away from legitimate questions about his own shortcomings. How can a team containing Daly Cherry-Evans, Martin Taupau, Dylan Walker and the brothers Trbojevic come so perilously close to the wooden spoon? Are the staff not operating out of the same demountables that won two grand finals during Des Hasler’s tenure? Have you, to use the old league cliche, left the joint in a better state than when you found it?

Upon arriving on the Northern Beaches in 2016, Barrett told Fairfax Media that Manly’s famed siege mentality would remain during his watch.

"We still feel like it's us against everyone else," Barrett said at the time. "That is a very strong part of the culture here and Manly have been extremely successful over a long period of time so I don't want to lose that."

Yet all the madness that normally galvanises the Sea Eagles – off-field scandals, divisions in the playing group, a revolving door of chief executives – is instead taking its toll. 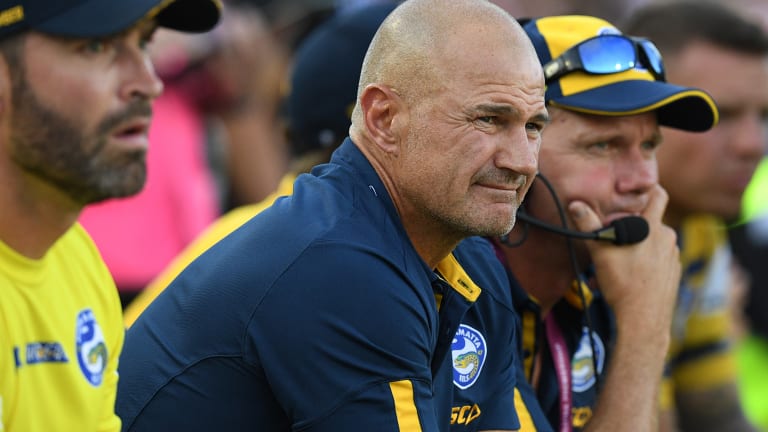 Not one to complain: Brad Arthur has copped criticism over the Eels’ horror season on the chin.

Arthur has endured this and much more at Parramatta. Like Barrett, he has been under-resourced, forced to work out of demountables (much of the football staff is housed in a former Greek Orthodox Church), while emerging from his own salary cap saga.

Whether he is the right man to lead the club into the future is a question that will be answered only by results next year. But to his credit, Arthur hasn’t walked away from the fight, nor blamed anyone else for the predicament he finds himself in.

“I’m responsible for where we sit right now,” Arthur told this column on the weekend. “At the end of the day, I’m in charge. Someone has got to claim responsibility, that’s me. I feel a sense that I’ve let people down. It’s just embarrassing. I have to face up to it, I can’t run and hide from it.”

Other clipboard holders have enjoyed success on a shoestring budget. Cronulla were so short on funds when Shane Flanagan arrived, he was forced to source a boxing gym via eBay. The coach, without complaint, even arranged for a trucker friend to deliver it to the Shire at mates' rates. A few years later, despite being outgunned financially by rival clubs, he took the Sharks to their maiden premiership.

That won’t be happening for Barrett at Manly. At some point after he coaches the side for one final time, against Brisbane at Suncorp Stadium on Sunday, he will depart the Sea Eagles. At least he won’t have to clear out his lockers, because there aren’t any.