Melbourne have emphatically answered coach Craig Bellamy's question about their hunger to defend their NRL title, even if that's come at a huge cost.

Following two losses Bellamy in the last round questioned whether his team were up for the hard work of going back-to-back. 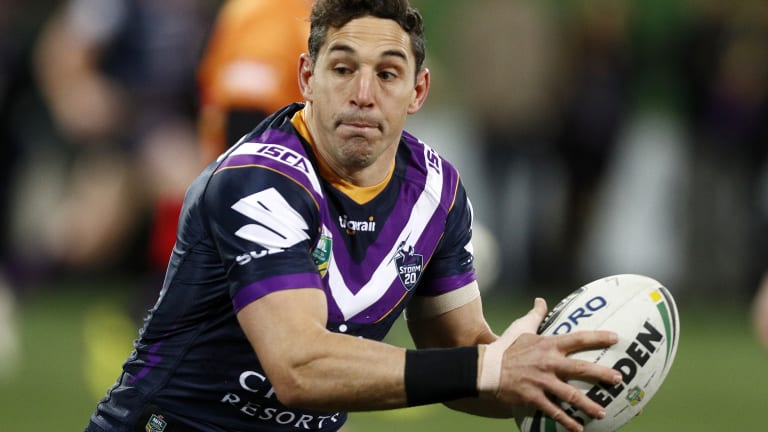 “We knew the job at hand and how big the task was”: Billy Slater.

He got his answer with the resolve shown in their 20-4 win over Parramatta after losing three key players mid-match including skipper Cameron Smith to injury.

Smith (back) could be fit for their clash with Gold Coast next Saturday however prop Nelson Asofa-Solomona (ankle), and back-up hooker Brandon Smith (knee) are set for much longer stints out.

Winger Suliasi Vunivalu is also expected to miss a week or two with a hamstring issue which also forced him to miss the second half.

The Storm were left without any players on the bench and also had Cameron Munster sin-binned but showed their courage to keep the Eels scoreless until the 76th minute.

Melbourne superstar Billy Slater said it was an amazing performance.

"For us to defend the way we did to keep them to one try, which was a freakish kick and put-down, I thought was an amazing effort off the back of some challenges that Craig put in front of us last week," Slater said.

"We knew the job at hand and how big the task was, especially when Munster went off.

"We needed to work hard coming out of tackles to get into position because we couldn't afford to have someone else out of the defensive line.

"The effort they put in in the front-line was tremendous."

The veteran fullback said even before the spate of injuries the team was playing much better than in recent times, and it boded well for the upcoming finals.

"That will and want to get into position and turn up for each other, that's probably the biggest thing that we will take out of tonight," Slater said.

"It gives us a fair bit of belief."