Canberra trainer Nick Olive admits it is bittersweet, but thinks his former stable star Single Gaze is perfectly placed to take out the group 2 Chelmsford Stakes at Randwick on Saturday.

Single Gaze is a $4.40 chance behind $3.90-favourite Unforgotten in the 1600-metre race, which will be the gutsy mare's first run for the Chris Waller stable.

Connections sold the six-year-old chestnut to Japanese stud-owner Katsumi Yoshida after her autumn campaign, with her new owner controversially deciding to race her this spring before sending her to the breeding barn early next year. 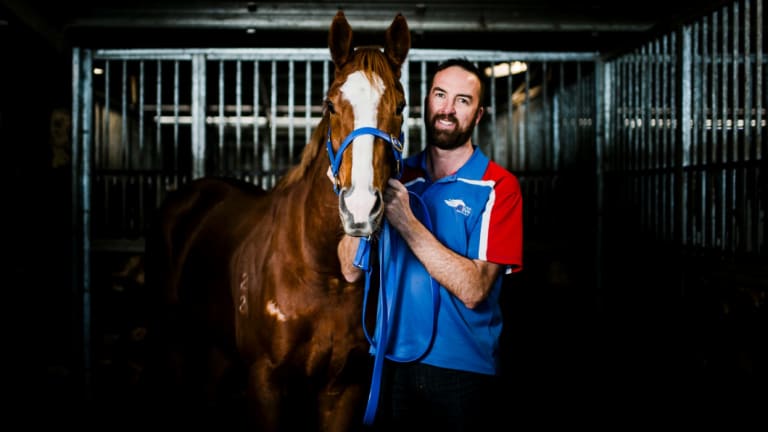 She'll have her first run as a stablemate of supermare Winx in the Chelmsford, with another crack at the Caulfield Cup a possibility.

Single Gaze has drawn barrier six and will have her usual jockey Kathy O'Hara on her back.

O'Hara's been helping the Waller stable get to know the little mare ahead of their one-and-only preparation.

Olive was confident she would put in a good run in the Chelmsford.

"I'll be definitely watching it, for sure. I think she'll go very well," he said.

"It's probably the weakest race she's been in for a long time. I think she's a super winning chance. She seems to have trialled well, I think she'll go very well.

"Obviously a little bittersweet, but there's nothing I can do about it so there's no use stressing about it. I just want the best for the horse.

"If she comes out and wins and pulls up well that'd be great."

He's kept an eye on her from afar, but has been busy running his Canberra stable.

"I've just been watching her trials and that sort of thing, but I've been focussing on my own stuff here, but keep an eye on her," Olive said.

"She's got a dear place in all our hearts."

He'll potentially have a second runner at Randwick on Saturday with Dylan's Deeva an emergency in the Highway Handicap (1400m).

It's the first race Canberra trainers have been allowed back in after Racing NSW banned them from the lucrative series last year.

The ban threatened Canberra racing's future, but there'll be at least one ACT horse running with the Joseph, Jones and Jones horse Athonis now the topweight.

Dylan's Deeva was one of four Canberra emergencies for the race.

"They're starting to become a little bit stronger actually, we might get a run," Olive said.

"She's probably going as good as she's ever gone, it's just whether she's got the class to beat the other horses.

"She always runs a good race so she'll be there abouts somewhere.

"It'll be great to be back there. It's exciting to be back in the Highways, it's a big thing for all of us Canberra trainers."

Black Opal Stakes runner-up Sizzling Belle has returned to work in Olive's stable to begin her preparation for the $2 million Magic Millions Three-year-old Guineas (1400m) on the Gold Coast in January.

But she won't return to the track until November.

Another Olive three-year-old, Dreaming of Biscay, has also returned to work and will return to racing in about four weeks.

"[Sizzling Belle] will be heading towards the Magic Millions, so that's probably our next big thing," he said.

"She's still a way off, she won't be racing until November. She'll head up to Queensland for a couple of lead-up races into that and then the Magic Millions."