Widden Stud’s stallions have given the famous NSW breeding nursery one of its most pleasing seasons in its 150-year history.
Taking on the might of the Hunter Valley breeding giants, Widden has competed with the big guns with its colonial-bred sires spearheaded by Sebring and the wonderful debut season feats of Zoustar. 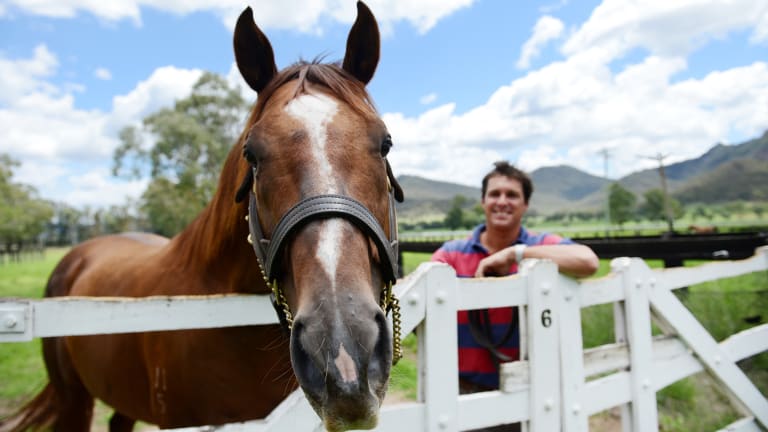 Sebring once again figured in the top 10 in the general stallions’ premiership, with the former Gai Waterhouse-trained horse having 325 of its progeny race in the 2017-18 season with 147 individual winners of 232 races and earnings in excess of $11 million.
Its seventh placing put the son of More Than Ready inside the top10 for the fourth successive season, and it had some impressive now three-year-olds step out at Monday’s Randwick barrier trials.
Zoustar won the Australian two-year-old premiership with earnings totaling $3,208,694, more than $1million in advance of Spirit Of Boom, and as a result its 2018 covering fee has increased from $44,000 to $60,500 and it is fully booked.
It had 10 individual winners of 18 races and its three-year-olds are being greatly anticipated. Zoustar finished 46th in the overall stallions’ premiership, which was a mighty performance given its only runners were aged two.
Nicconi and Star Witness were two other star Widden performers with both notching a century of winners in the season.
Nicconi’s performances have been exceptional with Nature Strip its headline horse. Nicconi finished 16th in the premiership with 114 individual winners of 205 races from 218 runners and earnings of $6.5 million.
Star Witness had 102 individual winners of 150 races from 224 starters and earnings of $5.7 million. It advanced up the premiership to 21st, with three-time group 1 winner Global Glamour its flag-bearer, after the brilliant speedster Star Turn took up stud duties at Vinery last year.
Your Song also enjoyed a strong season with 50 of its progeny winning 72 races, while the deceased sire Stratum, one of the many Golden Slipper winners to have stood at Widden, was represented by 164 runners with 84 individual winners of 182 races and earnings of $5.3 million.
Shamus Award, one of Snitzel’s best sire sons, had its first crop of two-year-olds race in the 2017-18 season. It had six individual winners and while it couldn’t match it with Zoustar, whose daughter Sunlight was its huge money-spinner along with group 2 winners Zousain and Lean Machine, its progeny will come to the fore in their three-year-old season. Several top-class trainers having given favourable reports about their ability.
Widden will stand nine stallions in 2018 with Supido, a son of Sebring, joining the clan of Australian-bred speedsters in its first stud season. Supido was a brilliant individual that has been rated as one of Sebring’s fastest sons.
Stratum Star and Outreach make up the complement of stallions, and Antony Thompson and the Widden management team can look forward to a hectic four months of foaling down the hundreds of broodmares that will flock to their magnificent farm.
FOOTNOTE I: Widden Stud was among the first of the inductees in the inaugural selection of Australian Hall of Fame in 2001 sharing the honour with Phar Lap and Bart Cummings.
FOOTNOTE II: Zoustar started off the new racing season at Warwick Farm on Wednesday by providing the quinella in the opening race, with Charge beating stablemate Altair. In the following race Zoustar’s three-year-old filly Mizzy was runner-up in a promising display.

Sebring’s winners
Back to the Randwick trials on Monday and those mouth-watering efforts from a number of Sebring three-year-olds.
The first Sebring three-year-old winner was the Ed O’Rourke-prepared Ringerdingding in heat 6. It was a more than handy two-year-old and put plenty of purpose into its finishing burst over 1050m. It ran down the Waterhouse/Bott youngster Echo Gem, who had a marked fitness advantage, and O’Rourke should have a lot of fun with it in an early race.
Waterhouse and Bott had the race-fit Master Ash contest heat 7 and it proved too good for its stablemate Glamour Cruise, while heat 8 produced one of the surprise wins of the morning when the Hayes-Dabernig-trained Futooh came with a paralysing finish from last on the turn to win by 2 lengths under Jason Collett. The Sebring filly was another to show excellent credentials in its first season and looked a definite Golden Rose contender. Futooh is already a black-type winner and is a great asset for its trio of trainers leading into the spring.
The fourth of the new-season three-year-old Sebring winners was the Snowden-trained Neutrality, and jockey Kerrin McEvoy hardly moved on the youngster who clocked the fastest time for the 740-metre heats.
Sebring also was in the winner’s circle with the Chris Waller-trained four-year-old Seahampton, who was made trial by stewards after its last-start failure a fortnight ago at Randwick.
While on the subject of Monday’s trials, Peter and Paul Snowden have plenty to look forward to with three-year-olds Tchaikovsky and Mulberry Walk.

The former, in particular, was quite brilliant with the colt by Redoute’s Choice taking out the 15th heat in a display on par with the performance of Futooh. Tchaikovsky was ridden by James McDonald and was back near last on the turn but weaved its way through the field and won narrowly.

HK highs
Exceed And Excel and Fastnet Rock, two super sons of Danehill , were the premiership winners in Hong Kong’s stallions premierships in the 2018 racing season. Darley’s Exceed And Excel was the leading stakes winner for the season with earnings of $HK38,191,000 ($6,567,060) with 28 of its progeny racing and producing 10 individual winners of 16 races. However, Coolmore’s Fastnet Rock had the most winners – 16 from 31 runners, which won a total of 27 races and amassed winnings of $HK29,546,070.