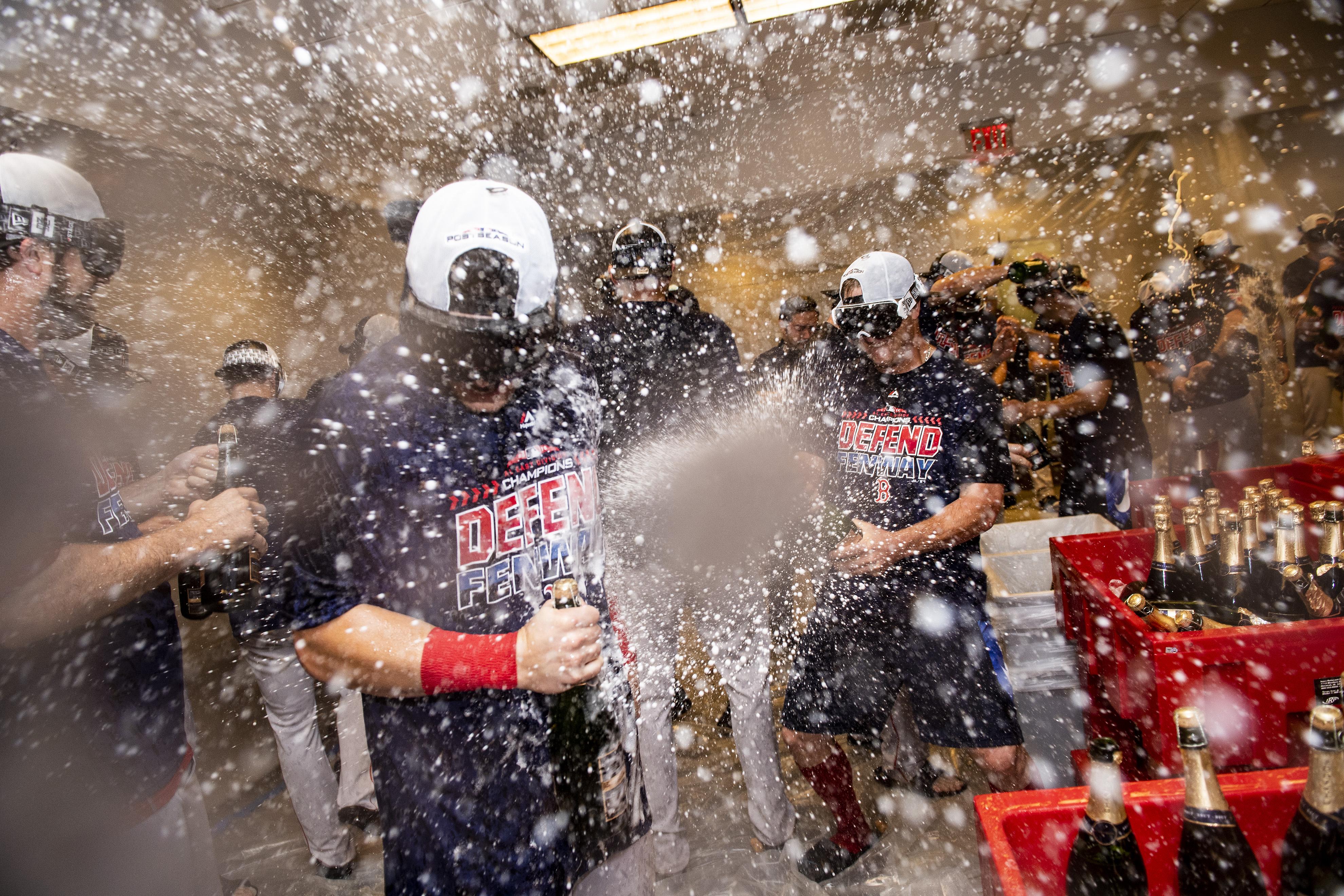 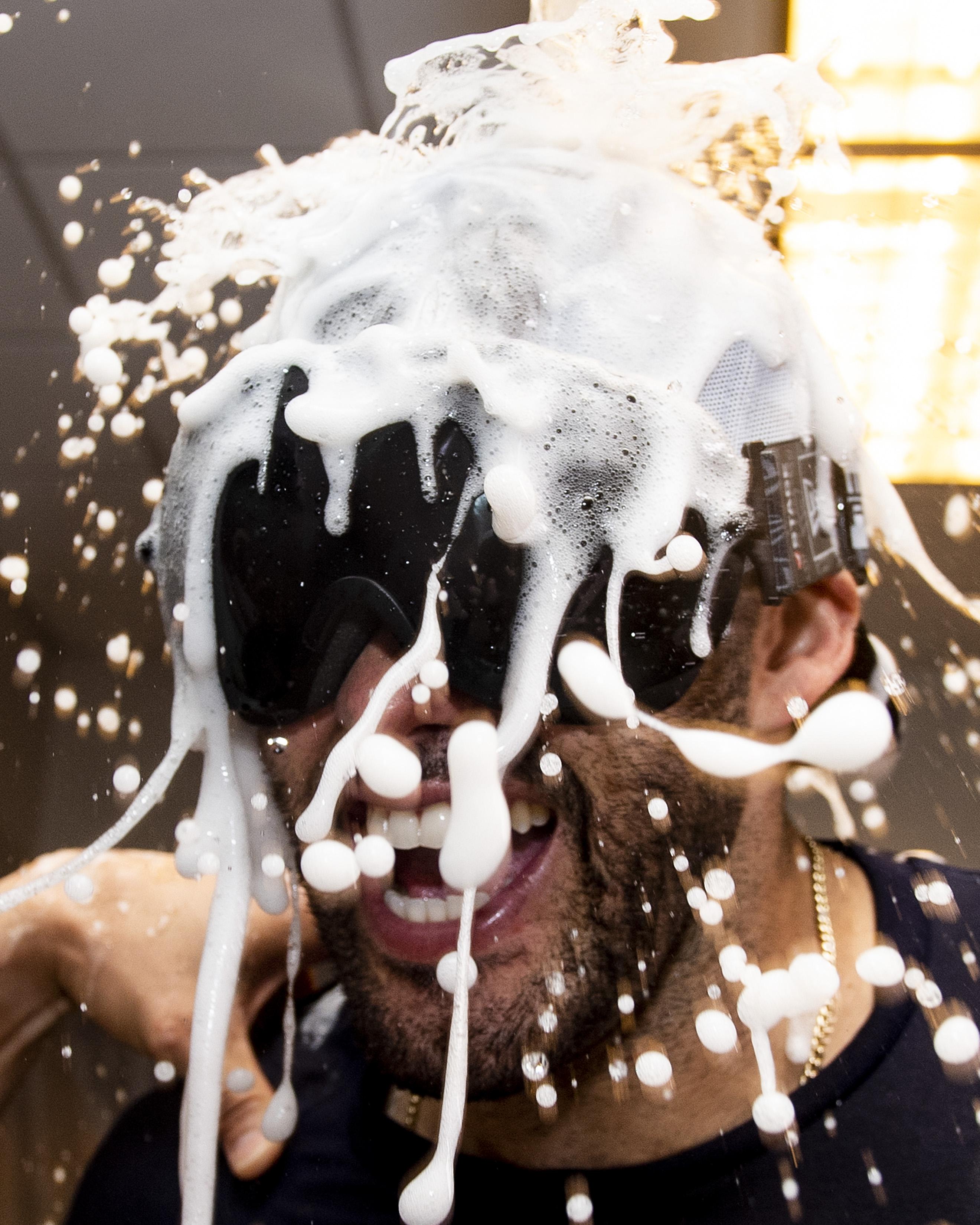 Rookie manager Cora returned to his desk at the Yankee Stadium to two bottles of chilled bubbly and a handwritten note of congratulations.

Amazing pictures show the champions spraying each other with champers surrounded by discarded corks and floors and walls lined in protective plastic.

Players wearing goggles and AL East championship gear sprayed bubbly, drank beer, posed for photos and revelled in the moment for about 30 minutes before packing up and heading to Cleveland.

Cora said: "It feels good, man. We're not going to hide it. 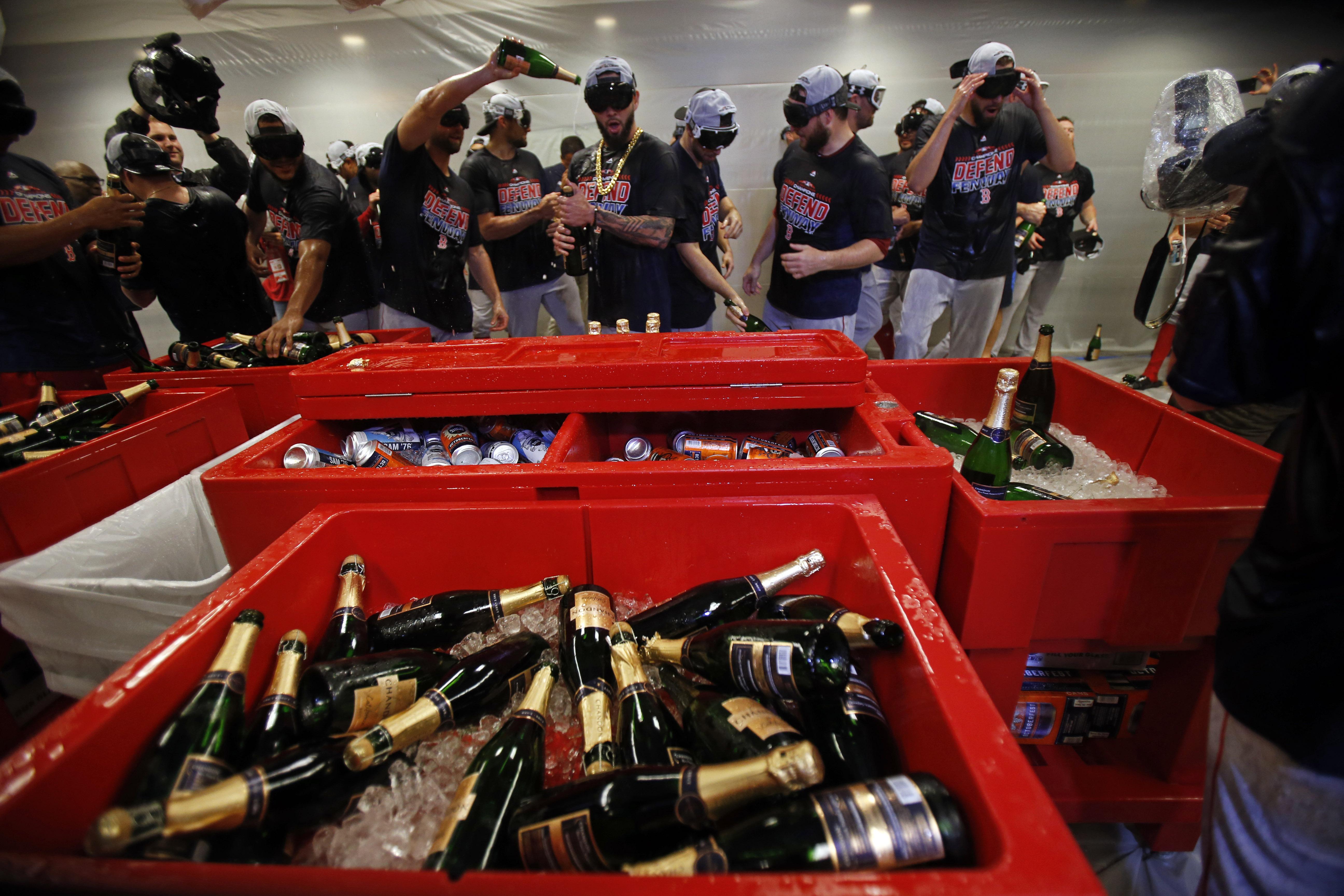 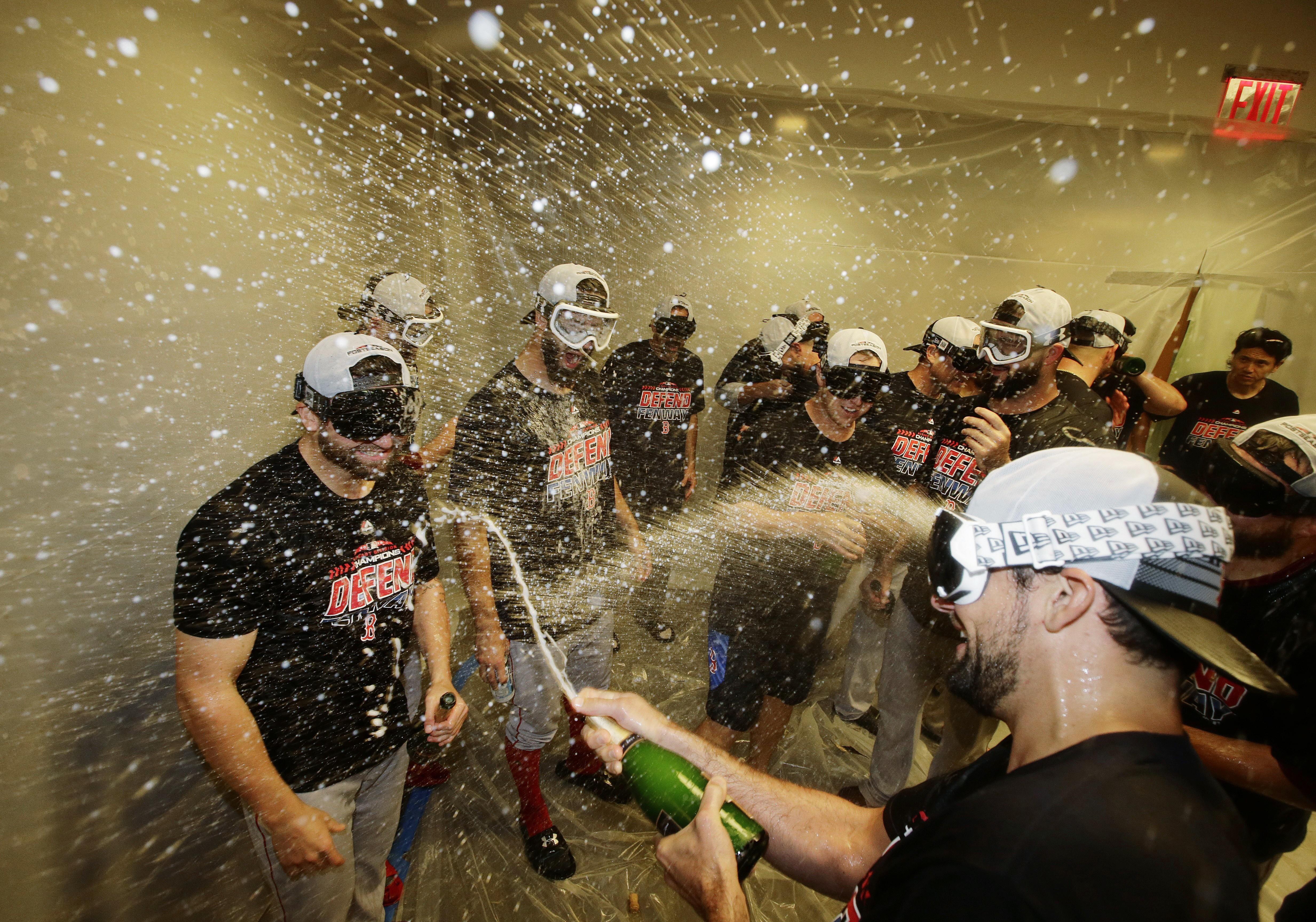 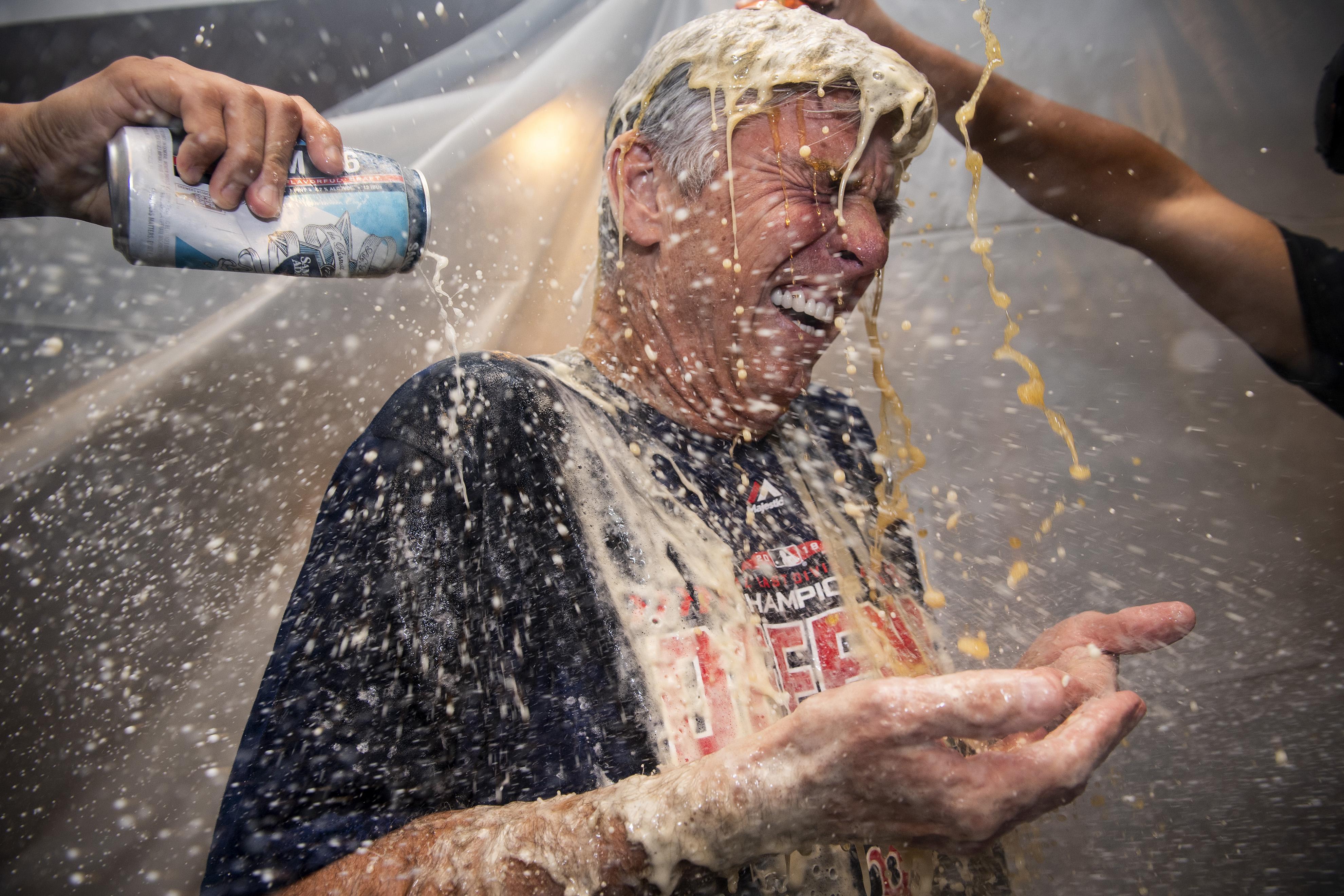 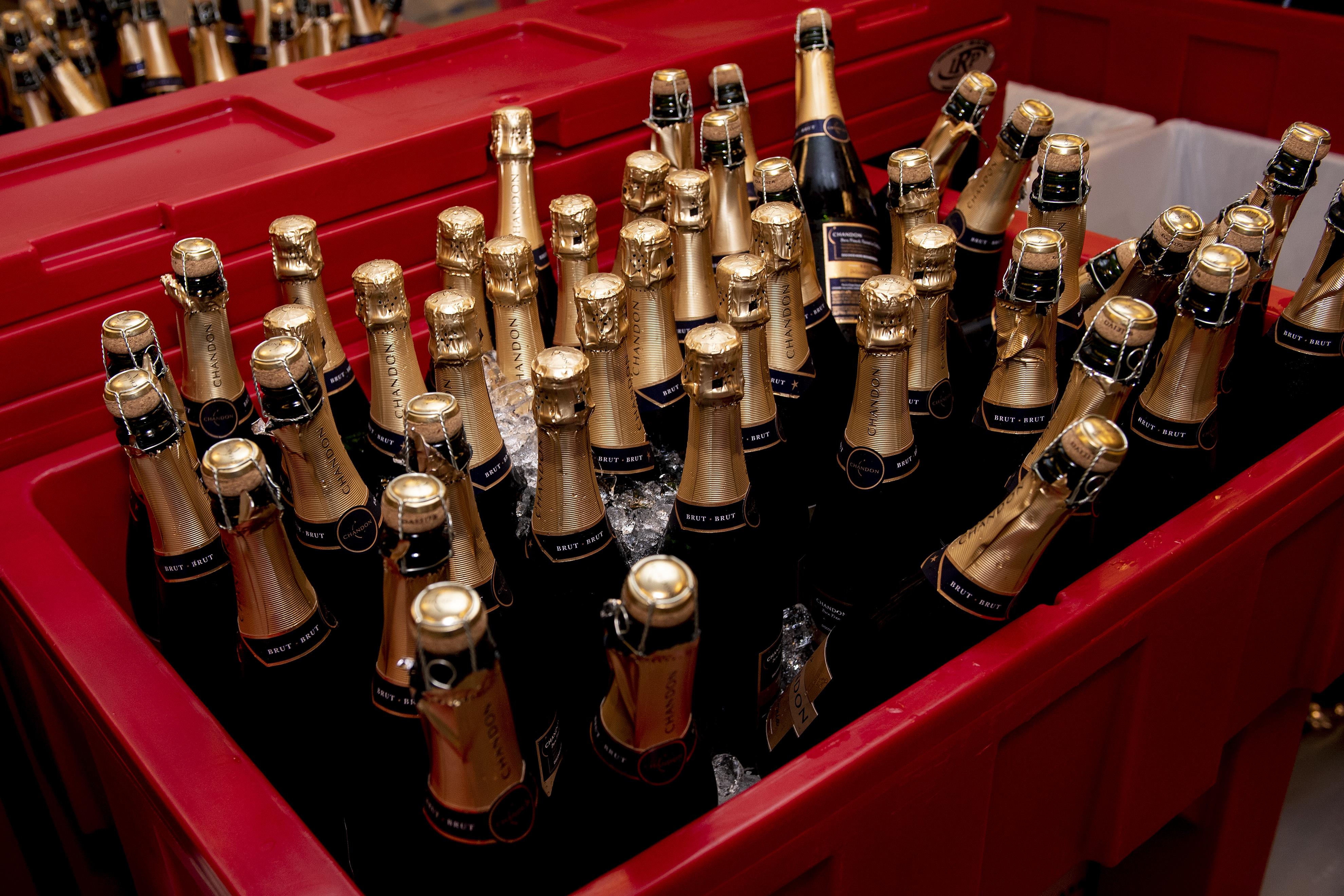 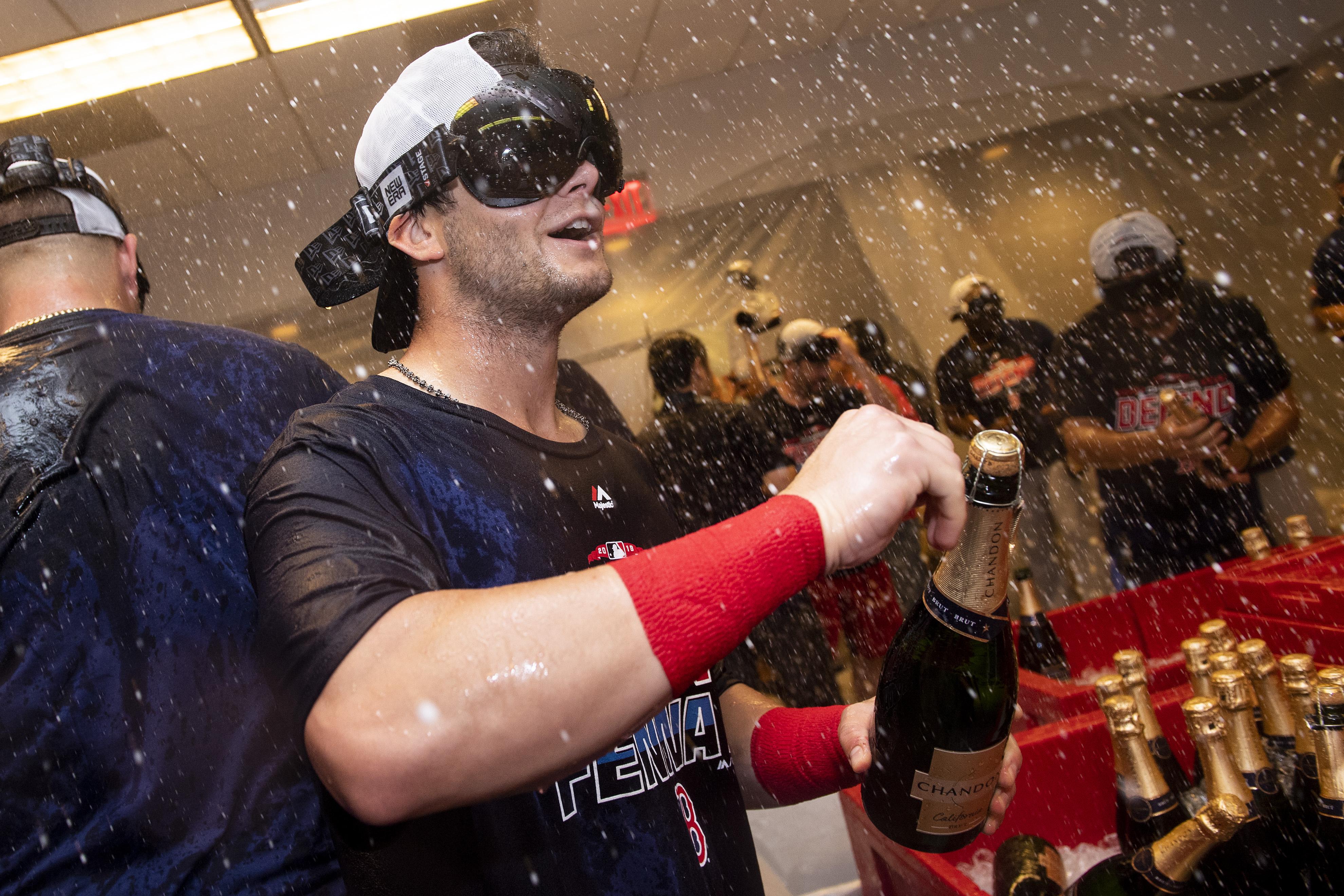 Jackie Bradley Jr hit a tying home run in the seventh and Xander Bogaerts put the Red Sox ahead with a sacrifice fly.

With a playoff berth already secured, Boston (104-49) closed out a once-tight division race with nine games to spare. 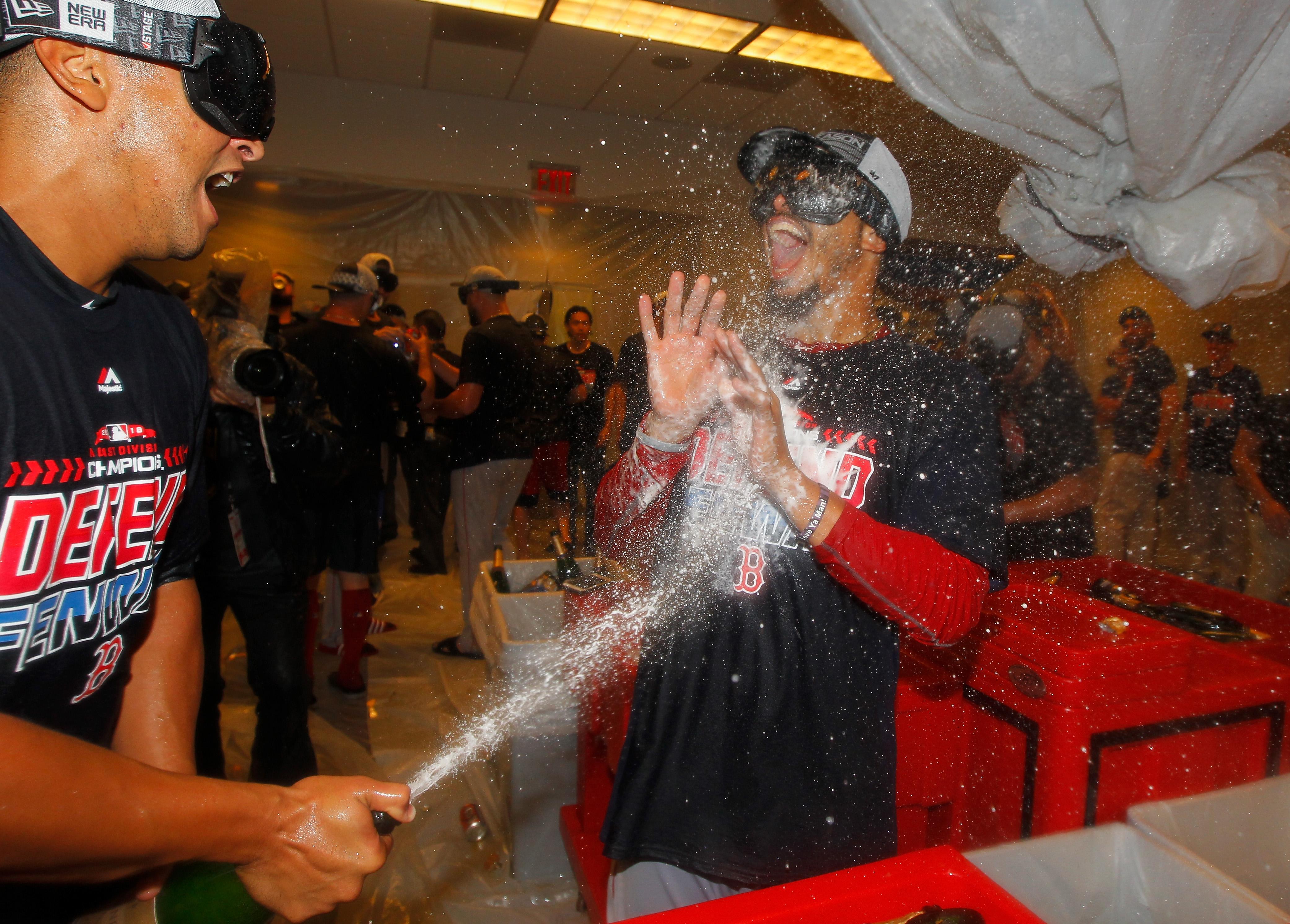 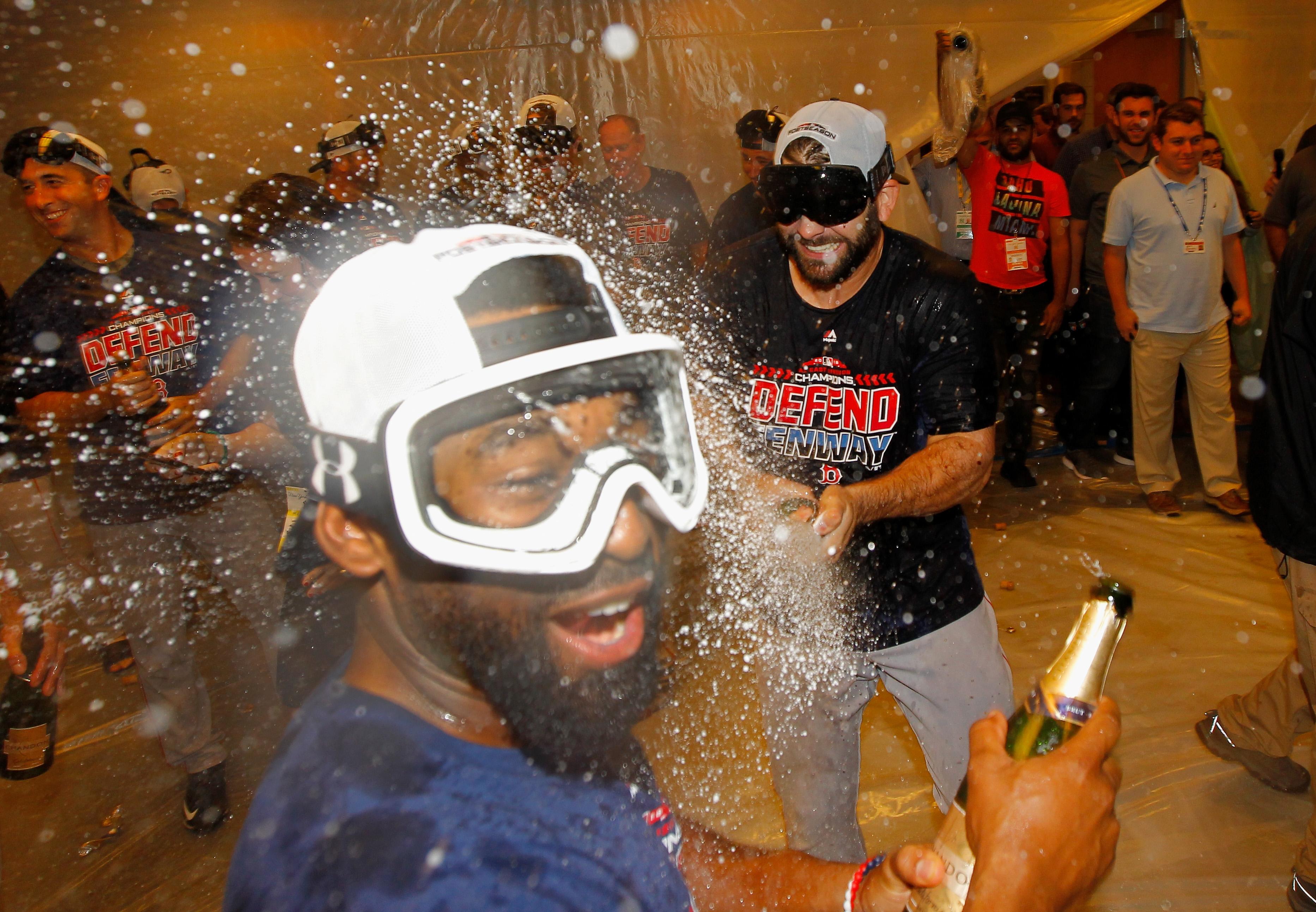 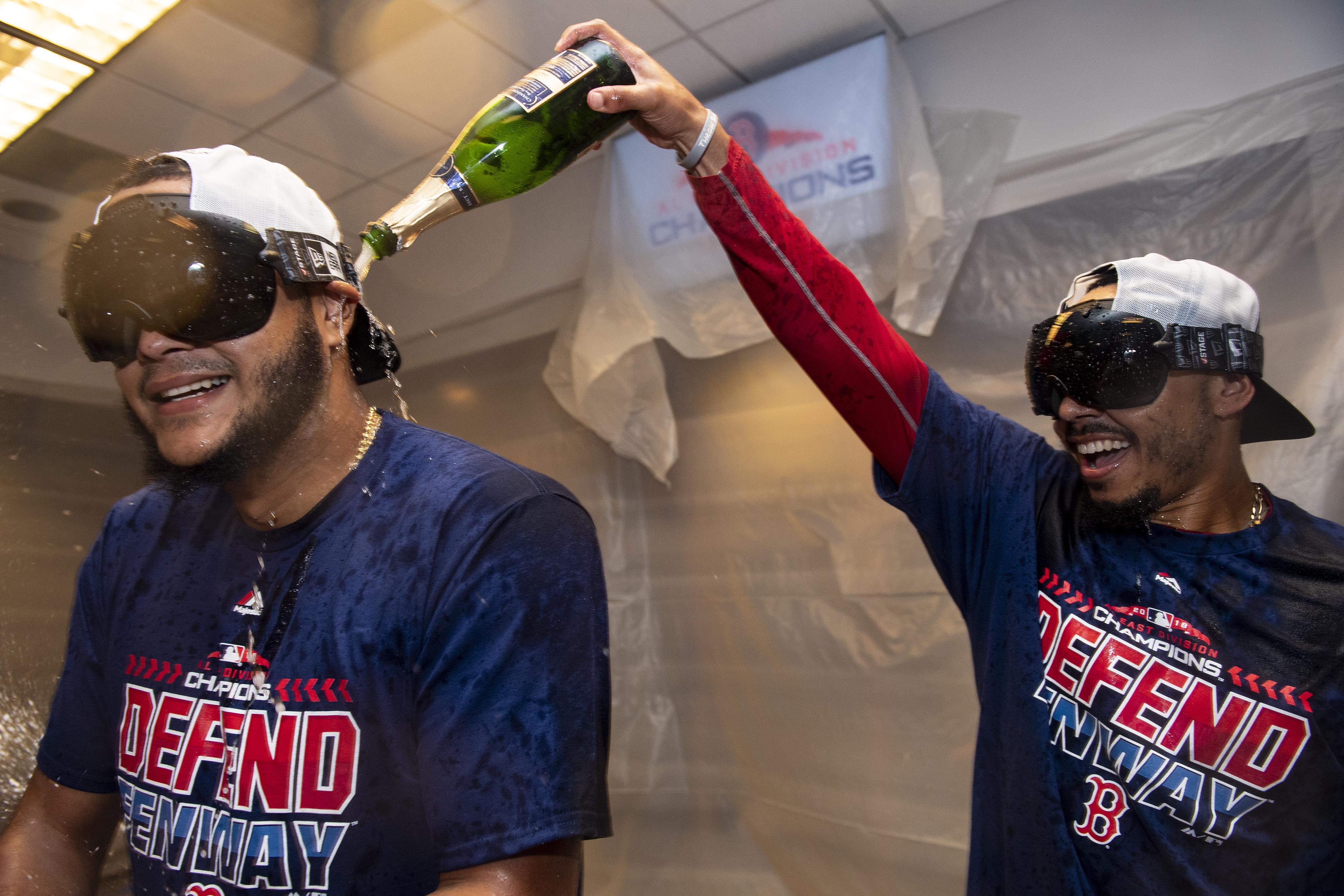 JD Martinez and the Red Sox – alone in first place since July 2 – will open the postseason at home in Fenway Park on October 5 against an opponent to be determined.

Boston have never finished in first place three years in a row.

The club needs one victory to match the franchise record held by the 1912 World Series champions.