Melbourne City midfielder Luke Brattan has been given the all clear after he was taken from the field in an ambulance during their FFA Cup clash with Brisbane Roar amid fears of a serious head or neck injury.

Play was stopped at Dolphin Stadium in Redcliffe for more than half an hour following a seemingly innocuous collision in the 36th minute involving Brattan and Stefan Mauk, who crossed from City to the Roar in the off-season. 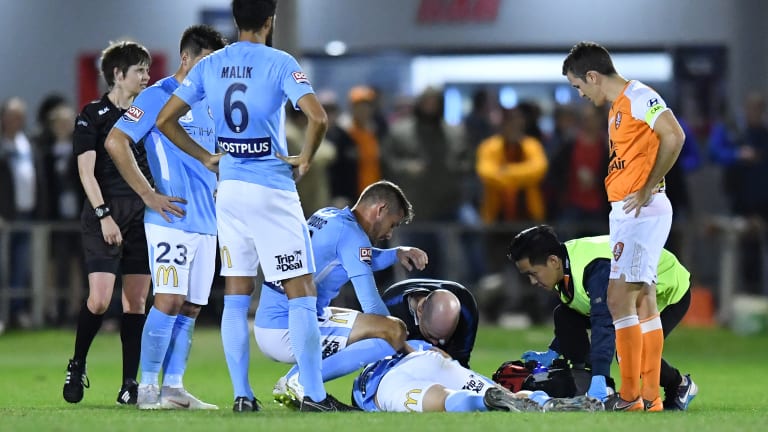 Luke Brattan on the ground at Dolphin Stadium following the challenge.

Brattan slipped while challenging Mauk for the ball and appeared to cop an accidental boot to the head.

The 28-year-old was treated on the turf and later taken to Redcliffe Hospital as a precaution, but only after a lengthy stoppage as medicos awaited the arrival of an appropriately-equipped ambulance.

The precise nature of the injury is still not clear but it is reportedly not as bad as what the delay in play might have suggested.

A Melbourne City spokesperson said Brattan reported a pins and needles sensation in his arm but was able to move his legs. 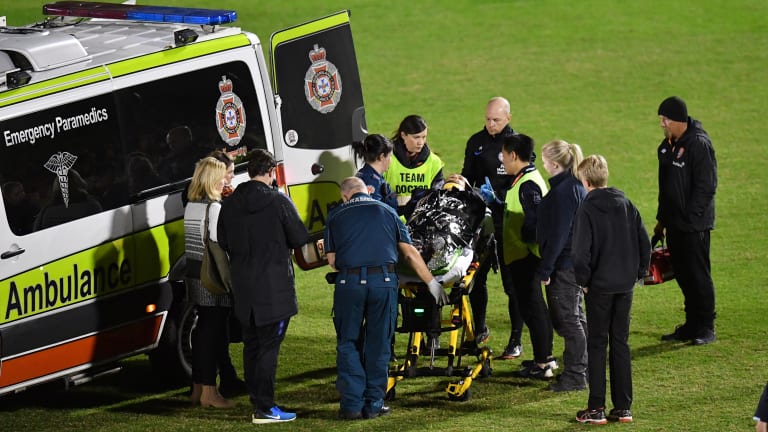 There was a lengthy delay as an ambulance was called to the pitch.

Play continued after Brattan was taken from the pitch and substituted out of the match.

City went on to win the game 1-0, thanks to a Bruno Fornaroli goal at the end of stoppage time, and will meet the Newcastle Jets in the round of 16.

A crowd of 6151 was on hand at Redcliffe to witness the late drama.