Bristol Rovers have launched an investigation into how clubhouse televisions showed adult channel Babestation during half-time of Tuesday’s Carabao Cup win against Crawley.

Rovers supporters, many of whom were children, were shocked to see the X-rated TV station rather than the usual half-time scores around the country.

The Sky Bet League One club has issued a statement, saying: ‘The club believes that someone that was attending in the bar was using a universal remote device to affect the TV output. 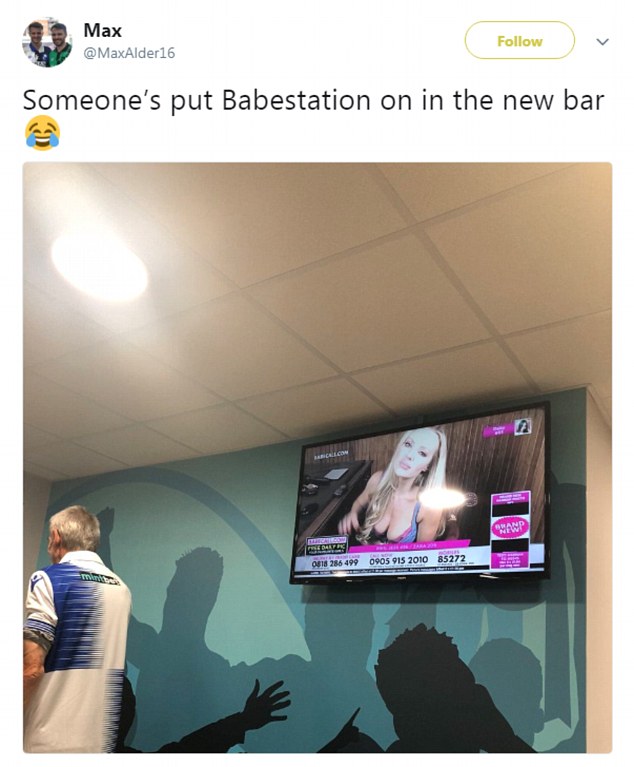 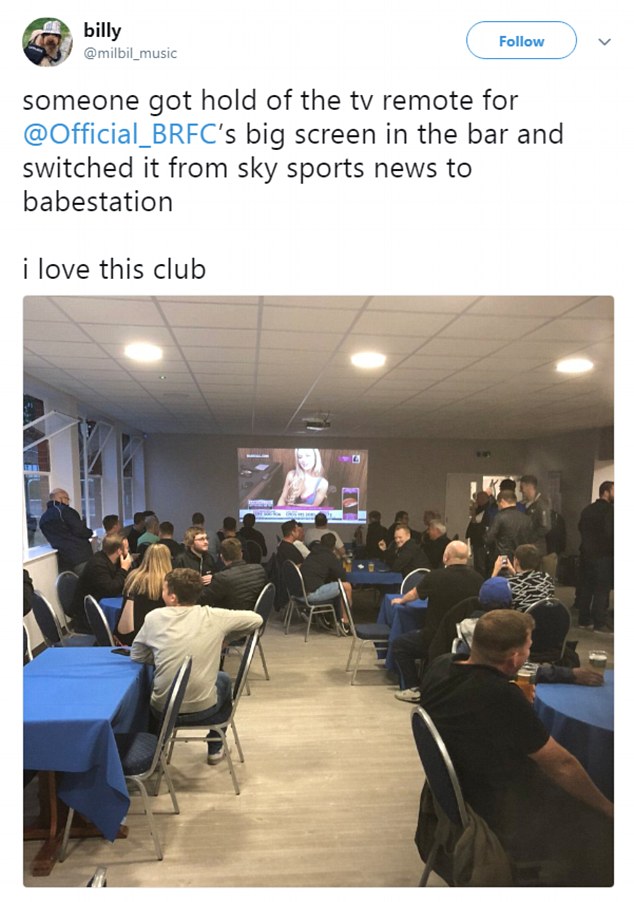 ‘The matter will be fully investigated, however the club believes that they have photographic evidence of the individual concerned and they will be dealt with appropriately.’

Supporters tweeted videos and pictures showing the channel being aired in the new clubhouse and bars at the Memorial Stadium.

Some fans saw the funny side of the unusual incident by taking pictures of the X-rated TV channel during the half-time break. 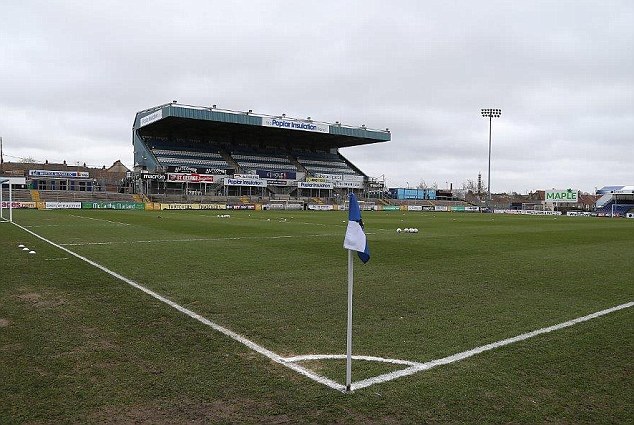 One fan tweeted: ‘Someone’s got hold of the TV remote for @Official_BRFC’s big screen in the bar and switched it from sky sports news to babestation. I love this club’.

Ashton Gate Stadium, the home of Rovers’ fierce rivals Bristol City, waded in and poked fun at the situation by pointing out only football will be shown on their big screens.

They tweeted: ‘Come and enjoy the biggest indoor pub screen in the UK at @ashtongatestad on matchdays.

‘We can’t promise any Babestation, sorry. Our TVs have parental control.’

Kyle Bennett and Ollie Clarke were on target as Rovers reached the second round of the competition, their 2-1 victory being their first win of the season. 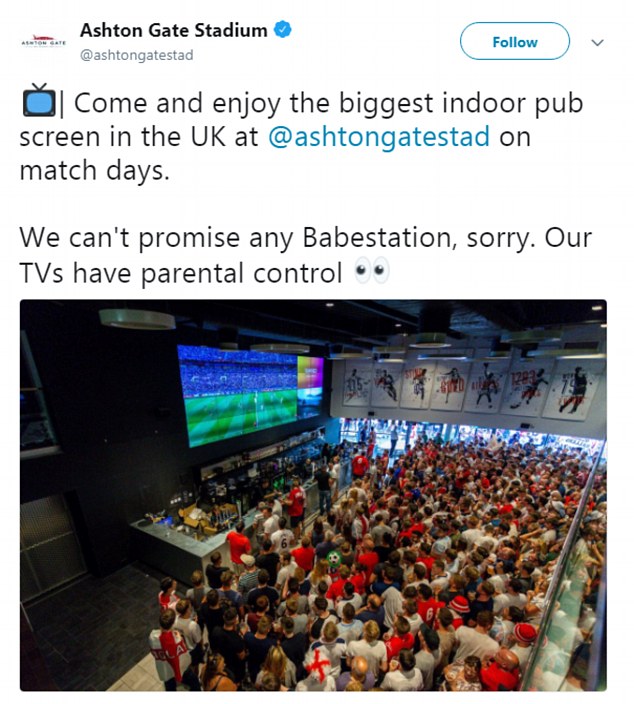