Ryan Lonergan is using a brief taste of Super Rugby to fuel his bid for more game time next year, but the chance to achieve a childhood dream of playing alongside his brother is driving his long-term ACT Brumbies ambition.

Australian under-20s skipper Lonergan signed a two-year contract extension with the Brumbies on Tuesday, giving him a chance to add to the one game he played at the end of the 2017 campaign. 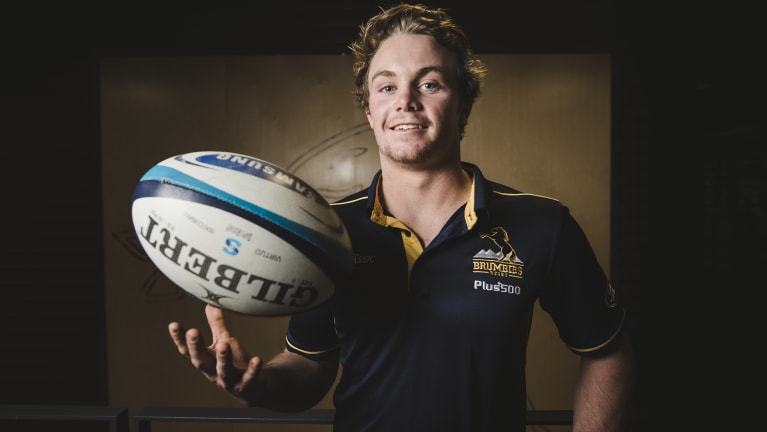 Brumbies scrumhalf Ryan Lonergan will stay at the club until at least the end of 2020.

But the best news in the Lonergan house was knowing he would have someone to car-pool with to Brumbies training next season after younger brother Lachlan signed a development deal.

Hooker Lachlan is expected to be added to the Brumbies extended squad as coach Dan McKellar invests in a new generation of Canberra juniors.

Lachlan and a host of his former ACT schoolboys teammates will be rewarded with contracts, varying from development deals to full-time training contracts.

"It would be a dream just to train with each other. We've played all my junior footy together and he's my best mate," Ryan Lonergan beamed. 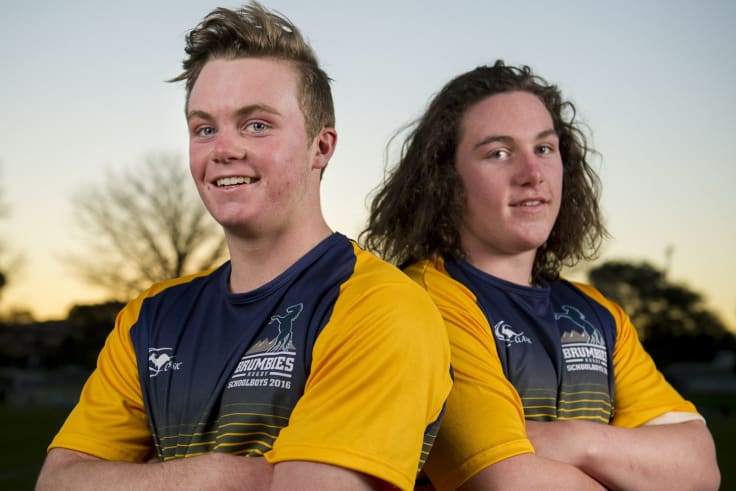 Lachlan Lonergan, right, will join brother Ryan at the Brumbies next year.

"We've spent a whole lot of time playing together when we were younger, so if we could get the chance to pull the jersey on together it would be really special.

"Let alone just training together in a professional environment together, that'd be pretty nice. It probably clicked when we both played Australian schoolboys together.

"We've never really talked about it, but it is exciting. To play footy [with Lachlan] and the rest of the guys coming through … to find ourselves here, it's a dream come true."

Lonergan is another piece of the contract puzzle in place for the Brumbies, with McKellar close to finalising a deal to lure former NSW centre Irae Simone to Canberra.

The Brumbies re-signed Christian Lealiifano last week and have the bulk of the squad locked up until the end of next year.

Lonergan made his debut in the last round last year, playing 15 minutes from the bench against the Waikato Chiefs in Hamilton. But this year he had to bide his time as the third-string scrumhalf, as well as juggling junior Wallabies duties.

"When I first came here I was just a kid admiring the people I was around," Lonergan said.

"I've learnt so much off them rugby wise and lifestyle wise. I was sort of looking for a bit of [Brumbies game] time at the back end of the year but it just wasn't meant to be.

"It was disappointing, but that's all the more motivation to push harder for next year and hopefully get some game time there.

"Growing up here, this is home for me. I enjoy staying at home with my parents on a farm down south, it makes it easy to get away from rugby if I need that. Mum still does my washing and the cooking as well."

Lonergan will lead the Tuggeranong Vikings' charge to John I Dent Cup redemption when they play defending champions Royals in the major semi-final at Viking Park on Saturday.

Lonergan will test himself against arguably the most crafty scrumhalf in the Canberra competition, Pedro Rolando, and the finals series will act as an audition for National Rugby Championship game time for the Canberra Vikings.