Port Macquarie trainer Jenny Graham has never had a runner in a $1.3 million race, but the nerves have yet to kick in with Victorem heading into Saturday’s Kosciuszko at Randwick.

For one, she has to keep her stable ticking over and will be at Tamworth on Monday with two-year-old Sizzling Suzanne, for one of Victorem’s owners. That is a bit of distraction. 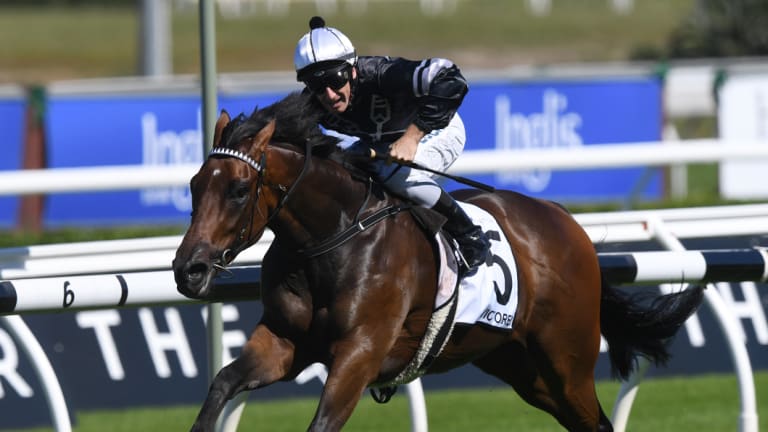 “She is going to find a couple of those a bit too good for her,” Graham said. “I just want her to have a raceday experience before going to the paddock. We have to keep everything going as if it was a normal week, but we are looking forward to Saturday.”

In truth, Randwick on Saturday with Victorem has been the focus for the past month or so.

Victorem hasn’t been to the races since winning the Country Championship and then being the runner-up in the Hawkesbury Guineas during the autumn.

So, he will go into the Kosciuszko first-up with the benefit of a couple of barrier trials.

“He’s good, really happy with him,” Graham said. “I’m sure the nerves will start later in the week, but I’m good a the moment. Before the Country Championships they got worse as the race got closer."

Victorem won a Taree trial on September 16 and then went to Gosford, where he followed them around on September 28.

“I thought about giving him a run before it but we ran out of time because wanted him to have a break to recover," Graham said. “He has had a couple of trips away for his trials and is good. The problem was there was no race for him up here and it is a big trip going to Sydney. We just wanted to have him at his best for the Kosciuszko.

“I could see the rain coming last week, so I worked him on Thursday rather than Friday and he is spot on. We like the weather to clear up a bit, just to get a good track would help him.”

Victorem is the $4.50 second favourite for the $1.3 million with Care To Think at $3.40 topping the market at Beteasy. The final slot in the race has gone to Sue Grills-trained Fuel.

There is an excitement in being involved for Graham, her owners and slot holders.

“The guys with the slot are great people and we had a good night out together already,” Graham said. “Victorem is going to have a big cheer squad because the slot holder are bringing their mates and the owners are bringing mates, so I think we will have more 100 people there cheering him.”