There will be a familiar face waiting for Winx when she gets to the barriers at Randwick on Saturday.

The superstar mare's affinity with jockey Hugh Bowman is well known, but it is the calming hands of barrier attendant Ryan Englebrecht which will be most important in the seconds before she attempts a 26th consecutive win, in the Winx Stakes.

Englebrecht's job for the past year has been  to contain the competitive spirit of racing's winning machine until the moment the stalls fly open. 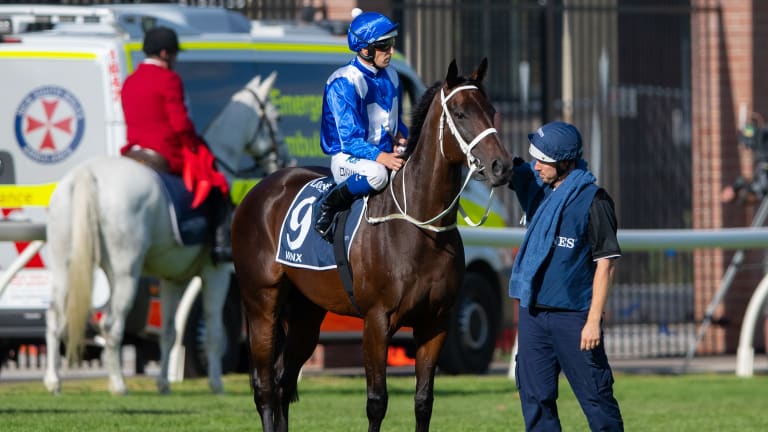 “She has quirks,” Englebrecht said. “She knows what she likes and knows what she doesn’t. Scratching her between the ears is one thing that helps her. When she arrives, it’s the first thing I do."

It  also helps Bowman, who remembers this race 12 months ago when Winx nearly threw away her winning run. She missed the start and came out a half dozen lengths behind the field, leaving her with an almost impossible task before a stunning surge carried her to victory. 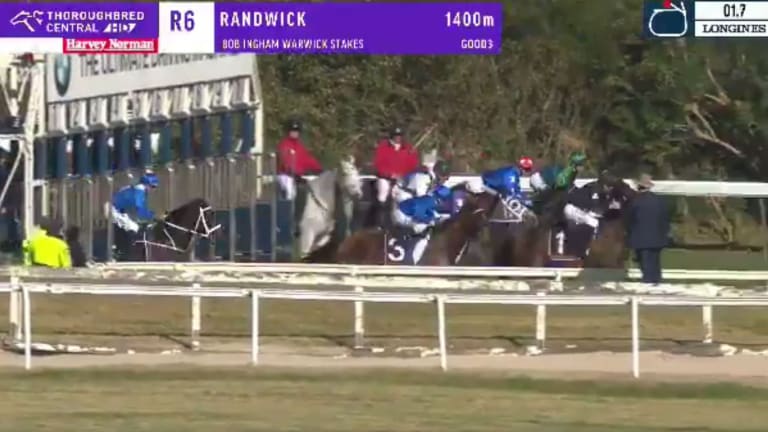 Since that day, Englebrecht – who is from a racing family, with father Steve and sister Gabrielle both trainers – has been her raceday handler.

“I have been with her for a while now and I know when she wants to be naughty. She will try to rear up if she isn’t happy," he said. “I just try to keep her calm because when she gets to the gates, she knows it is game time and just wants to get on with it.”

Bowman admits the gates are where he gets nervous because he can't control the outcome – which makes Englebrecht's role so important.

“He is just very calm and relaxed,” Bowman said. “He is not nervous and I give him a few instructions. But she likes him.”

Randwick starter Dale Jeffs hand-picked Englebrecht from his team of barrier attendants after the Warwick Stakes, which has had a name change to celebrate the champion mare,  to make sure there would not be another mishap at the gates.

“The last thing we want to see is her record be broken because of something that happens behind the barriers,” Jeffs said. “We generally have a number system for the barrier boys, they have a barrier for the day. But with her it is different.

“This race last year we had that issue and since then Ryan has been the man waiting for her. I just saw him with her one day and he had such a rapport with her it made sense.” 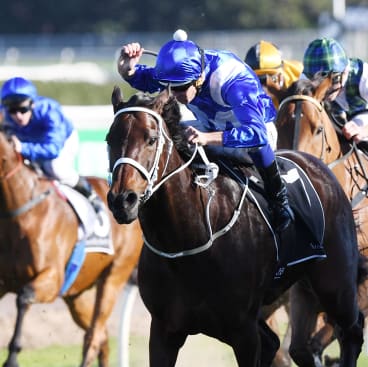 Winx will be out to surpass Black Caviar's record of 25 straight victories on Saturday. The unbeaten sprinter also had a barrier favourite in Glen Darrington, who travelled with her to Royal Ascot for her win in the Diamond Jubilee.

Englebrecht has worked with Bowman to find the best way to avoid Winx’s competitive spirit bringing about her downfall.

“Hugh and I talked about it and there are a couple of things we do in the gates to give her distracted,” Englebrecht said. “She just wants to get on with it.

“Horses can feel tension in your hands, it is a matter of keeping everything calm. Once we get her away, she just does the rest, she is amazing.”

Winx has got to as much as $1.21 with bookmakers as she takes on another generation of the turf with four-year-old group 1 winners Ace High, D’argento, Kementari and Unforgotten out to have a tilt at her crown.

Trainer Chris Waller admits that 1400m is not the seven-year-old's optimum distance but has the confidence of a more than three-year unbeaten streak to draw on, which started before her younger opponents had even reached the track.

"What Winx has shown in her 25 wins is a bit of authority and we don't think she has dropped back at all. It will take a very good one to beat her," he said.

"Since the first of January she has only raced three times. I think that's a big help towards her longevity and seeing her in such great shape.

"She has been aimed towards this race since winning the Queen Elizabeth back in the autumn. The best thing about Winx is she performs under high pressure and can sustain it for a lot longer."