Reagan Campbell-Gillard insists he will have to temper his uncompromising battering-ram style and charge at space rather than opponents as he remains "touch and go" to make a return from a broken jaw this weekend.

The candid Panthers enforcer admitted to being stung by an accidental head clash at training on Wednesday, but the NSW prop remains hopeful of featuring for the first time in almost two months against Canberra on Sunday.

Campbell-Gillard has had two permanent plates fitted into his mouth, but has slowly increased his weight in recent weeks, having lost eight kilograms in the wake of his collision with Roosters prop Jared Waerea-Hargreaves. 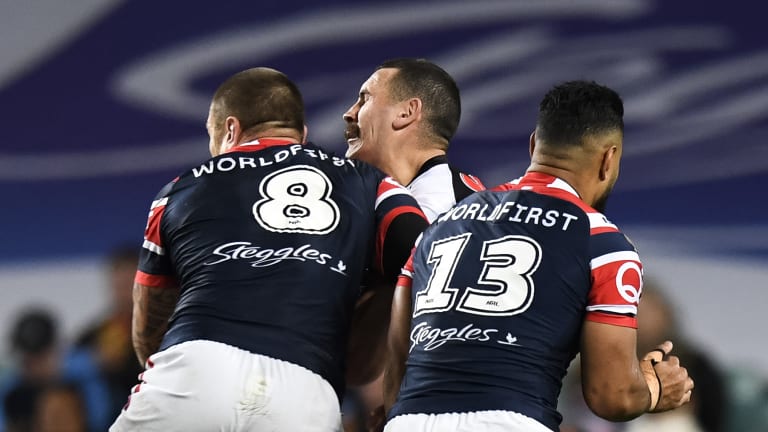 He is still three to four kilograms below his normal playing weight.

Asked how he was mentally after his first searching session of the week, Campbell-Gillard said: "I copped a knock on it [on Wednesday]. I won't lie, it does hurt. But I've got to get my head around it and just be confident knowing it's fine.

"I know those things are going to happen in a game and there's nothing I can really do about it. We've just got to be mindful of it and change my game a little bit to run at more space than faces."

It will be a forced retreat from the style that has made Campbell-Gillard one of the most feared forwards in the game, elevating him into Brad Fittler's fresh-faced NSW squad for this year's State of Origin triumph.

The 25-year-old missed the final two games of the series with the injury and was replaced by Cronulla veteran Matt Prior for the series-sealing win in Sydney. 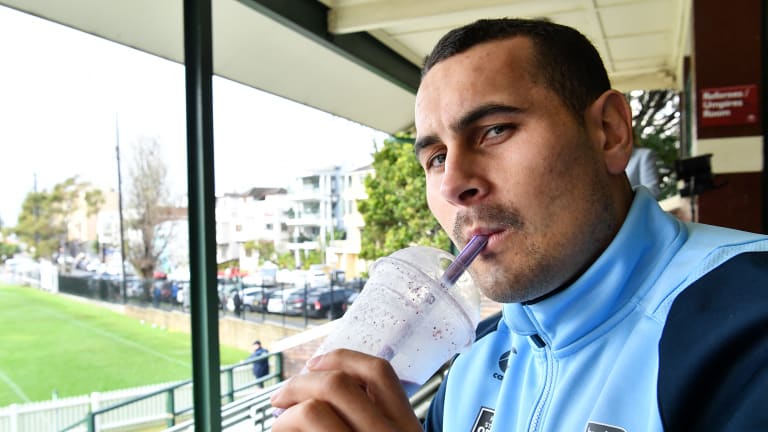 Shake it: Campbell-Gillard was on a liquid diet following his surgery.

He still needs a final clearance from his surgeon to be declared fit for the Raiders clash, which is pivotal to Penrith's top-four hopes.

"If the surgeon has given me the all clear to go then I'm putting my hand up straight away to try to come back," he said. "I'm confident, but I've got to twist their arm to make sure I'm right.

"It's touch and go come Saturday. We'll make the decision if it's ready to go, but so far so good. It was the longest four weeks [straight after the injury] to try to get food in. I don't wish it upon anyone to break their jaw."

Campbell-Gillard's return will just about put Penrith's horrid injury run in the rear view mirror with season-ending injuries to the likes of Dylan Edwards, Jarome Luai and Sam McKendry their only problems in the finals run-in.

Their miracle escape against the struggling Sea Eagles last Saturday kept them hot on the heels of the Roosters and Dragons in the race for the top four and double chance in the finals series.

On Campbell-Gillard, five-eighth James Maloney said: "It's good to have him back. He's playing some really good footy for us before he left and he's a big part of what we do here."