The Canberra A-League bid will submit its final proposal on Friday and much of the focus will be on debunking the myth the capital region couldn't sustain a successful team.

Football Federation Australia and critics have said Canberra doesn't have the population – and therefore the juniors and fans – to fuel and service a competitive A-League side. 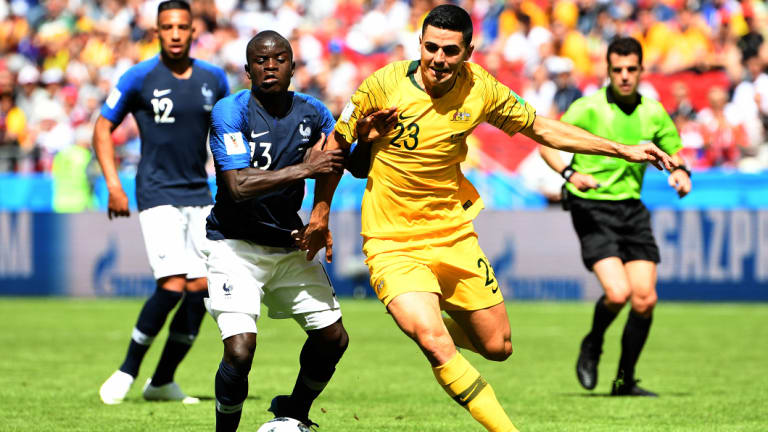 Canberra export Tom Rogic in action for the Socceroos at the 2018 World Cup.

But bid leader Michael Caggiano is adamant the region is the largest untapped talent pool in the country and believes a team wouldn't just compete, but thrive.

Caggiano insists the ACT bats well above its average in producing football talent and said players often have to leave to realise their potential.

“There’s tens of thousands of players in the region. As [former Socceroos coach] Ron Smith said last week, they need something to aspire to," Caggiano said.

"Motivation pushes players to the next level. We absolutely believe there is the talent here to build a club.

"It’s not just about talent to be discovered, but the talent that already exists. There is talent in our local competition, proven talent that have made runs in the FFA Cup.

"Every day it feels like there’s another story of a regional boy moving directly to Europe to get his shot."

Canberra has produced 15 Socceroos and there is evidence to back up Caggiano's claim that the next generation is already here.

Canberra United are preparing for their second season in the National Youth League and the team will be littered with up-and-coming stars this summer. 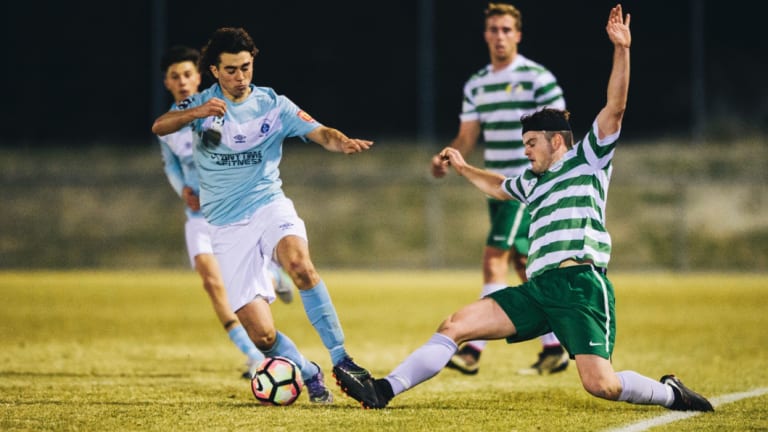 Belconnen United rising star Daniel Fabrizio (left) missed this season with a knee injury but is expected to make his comeback in the NYL.

The side struggled in their inaugural season but new coach and reigning Canberra premier league winner Dean Ugrinic is confident the talent exists to turn things around.

Belconnen United goalkeeper Finn Jurak will get opportunities and his club teammate Daniel Fabrizio is expected to feature after missing last season with a knee injury.

Canberra Olympic boss Frank Cachia is one of the most experienced coaches in the region and he believes there are five premier league players ready for the A-League.

Cachia has one of the best eyes in the business for spotting the real deal, and he didn't mince his words assessing the quintet. 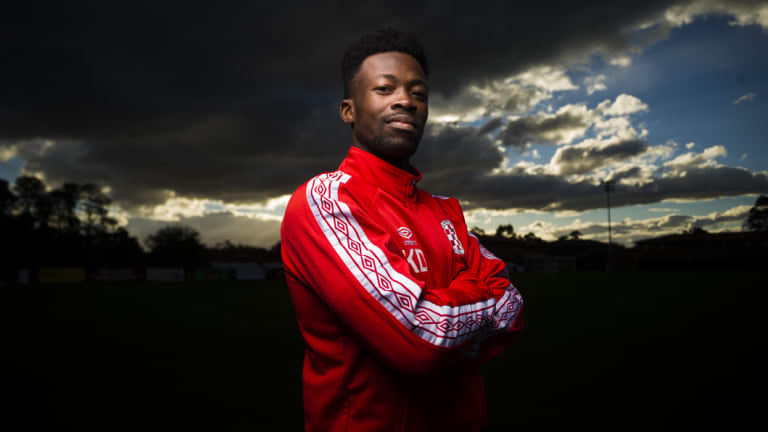 Canberra FC striker Kofi Danning has played in the A-League before.

"In a full-time environment those boys would match it with most players in the A-League," Cachia said.

"A lot of it comes down to being exposed to that environment day in, day out and naturally you have to improve, but they all have the ability of a lot of the A-League boys. Given an opportunity I'm confident they could hold their own at that level.

"But the other thing people need to realise is, picking an A-League team, you need to pick the best team you can, which might not be players in your back yard."

A host of Canberrans have already left the capital to get their opportunity, with Leo Mazis and George Timotheou leading the charge at European clubs Celtic FC and Schalke 04.

Marko Milutinovic is playing in Serbia and Anton Barasic just earned his spot at La Liga club Levante in Spain, Ben Carling is currently trialling at the same club. 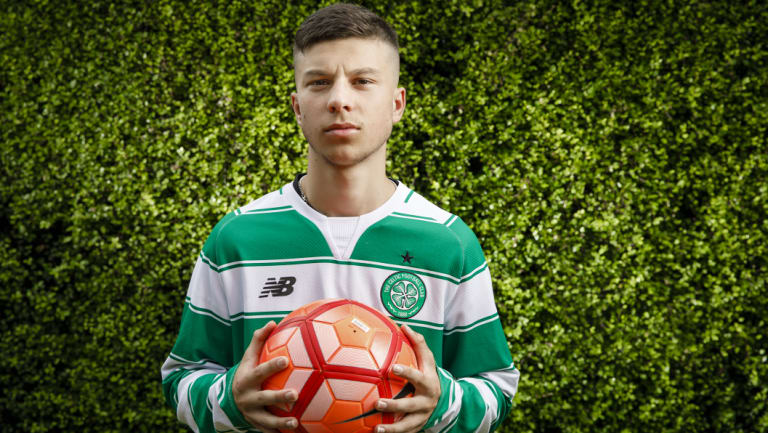 Canberra teenager Leo Mazis had to leave the capital to get his chance.

Nick Faust and Mikey Katsoulis have signed with the Central Coast Mariners, while Josh Gulevski linked with the Western Sydney Wanderers, all this year.

Celtic FC superstar Tom Rogic is Canberra’s most established player, with the Socceroos midfielder featuring at his first World Cup in June.

Steven Lustica left the Wanderers last summer to play in the Croatian top flight with Inter Zapresic, while Jason Geria won a title with Victory and now plays in Japan.

“There’s real evidence that talent exists in this region that can play at the elite level," Caggiano said.

"The obvious example is Tom Rogic and others venturing to European Leagues, and there’s plenty more who have graced the A League.

"One is Kaz Patafta, who Ange Postecoglu once said was ‘The most technically gifted player I've coached’. Even players like Daniel Arzani, the Socceroos next big thing, spent years in Canberra."