The Canberra Capitals will return to their spiritual home for the upcoming WNBL season, which coach Paul Goriss is relieved has been stretched.

They'll play all but two of their home games at the National Convention Centre, but have two home games at AIS Arena in the draw released on Tuesday.

They'll open their season against the Sydney Flames at Sydney Uni on October 12, with their first home game coming the following weekend against the Adelaide Lightning. 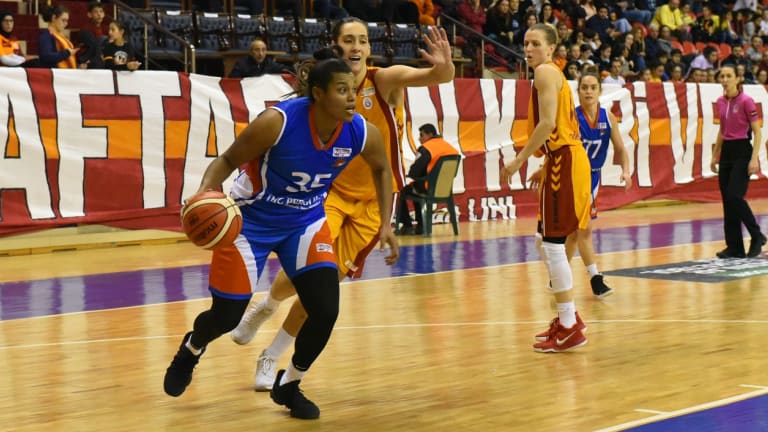 Capitals recruit Kaili McLaren is coming on a short-term deal, but could stay for longer.

"A couple of games at the AIS [this season]. NCC was unavailable so we weren't able to take some of the games there," Goriss said.

"Exciting to get back to what was the home of the Capitals at the AIS and we really want to do a good job of promoting the NCC and getting sellout crowds there.

"It would be even greater to tip the scale when we get to the AIS Arena."

But this year the season has been stretched out over a few extra weeks, allowing players more than just recovery time in between games.

"It's a relief for both coaches and players that it's been stretched out and obviously being back on Fox is a huge deal for women's basketball," Goriss said.

The Capitals completed their roster with the announcement of Kaili McLaren on a short-term on Tuesday.

She's initially signed until early December as cover for Marianna Tolo, who's on the comeback trail from a knee reconstruction and expected back on court mid November.

But Goriss said McLaren could stay for longer if it suited all parties.

"We wanted to get a good start to the season and we didn't want to wait and rely on Tolo to come in and hit the ground running," he said.

"So it covers Tolo, it covers Kelsey [Griffin] (hamstring), we don't have to overplay her in the first couple of rounds.

"It just provides some insurance to our front court and gives us some depth to cover while we ease Tolo back in.

"Right now it's through until the first week of December and then we'll see how things play out during the season."