Canberra trainers have flocked back to the Highway Handicap following a 10-month ban, with nine horses nominated in the $75,000 race (1400 metres) at Randwick on Saturday.

ACT trainers were controversially banned from the city race for country horses last December, before Racing New South Wales backflipped on the decision earlier this month. 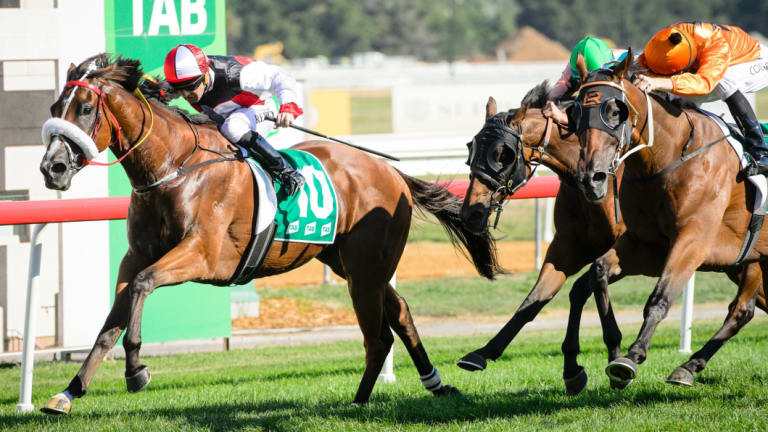 The move "saved the industry" in the capital and the trainers' reponse to their first race back proves what the event means to them, but not all will get to run.

NSW horses benchmarked above 50 are preferenced to Canberra horses and with the rail out 10 metres this week, the field was limited to 13 runners.

Every spot was initially taken by NSW horses but a scratching opened the door for Athonis, a last-start winner out of the Paul Jones-Barb Joseph stable.

Joe Ible’s Seeblume and Trevor McIlrick’s Who’s Knocking are next on the ballot and at least one should make the cut with Matt Dunne's Saxton Rock expected to race in Brisbane.

Queanbeyan trainer Joe Cleary has entered Not Bossy, who will be ridden by Kathy O'Hara, while Canberra duo Nick Olive and Matt Dale also have emergencies listed.

Athonis won the $50,000 Federal in Canberra earlier this month and the six-year-old New Zealand import has a genuine chance to make it two on the trot for the first time in his 18-race career.

"It won't be a regular thing, Canberra trainers missing out. The rails being out has stopped a few horses getting in, we'll be back to 16 runners soon," Jones said.

"I'm just happy I made the field and to be back in it and who knows. He's doing well and feeling well. This is his first full preparation with us and he resumed off a good break which he needed.

“We expected him to win the Federal and there’s improvement to come. We like him and believe in a month or so he’s capable of winning in Sydney at mid-week level.”

Jones has a second running at Randwick with Almost Court set to kick off his spring campaign in race nine, the BM 94 Handicap (1400m).

The star gelding is another Kiwi import which arrived last July and in his first eight months he netted $235,350 in just 10 races.

"Goes well first-up at distance, bit of weight this time but offset by our local jockey which takes three off his back and brings him right back into the race."