Canberra Vikings skipper Ben Hyne is confident his men can turn things around after losing their season opener against Queensland Country at Viking Park on Saturday.

There was no love lost in the National Rugby Championship grand final rematch but it was the Queenslanders who hung tough for a 45-35 victory. 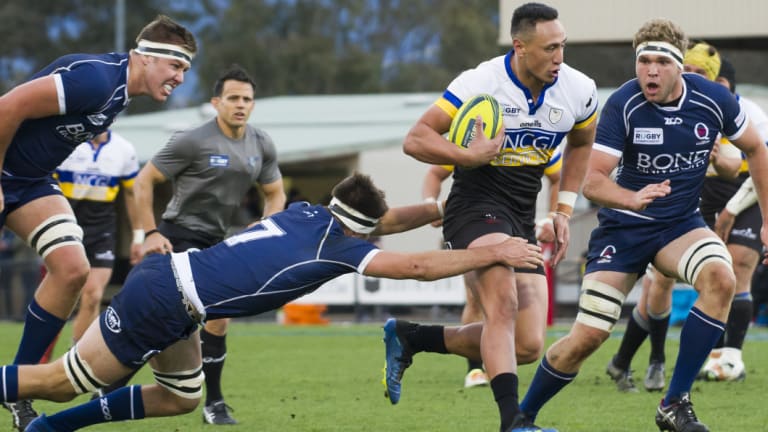 Hyne got through a mountain of work in his first game of elite rugby in almost 12 months but it wasn't enough as the waves of Country attack just kept coming.

The NRC is just seven rounds this season which means the Vikings must win against the Sydney Rams away next week, and Hyne vowed to bounce back.

"It was tough and pretty disappointing, we wanted to hit the ground running and stamp our authority on the competition nice and early," Hyne said.

"At 45-35 it's just whatever team is able to control the ball for long periods and we let ourselves down a bit with mistakes that just took the pressure right off.

"We were very sharp with the ball, there were a couple of passages there that we looked untouchable, so we just need to minimise mistakes and hold the ball.

"Getting back to this level was really enjoyable for me but I've got really good players around me and the body is good after 80 minutes." 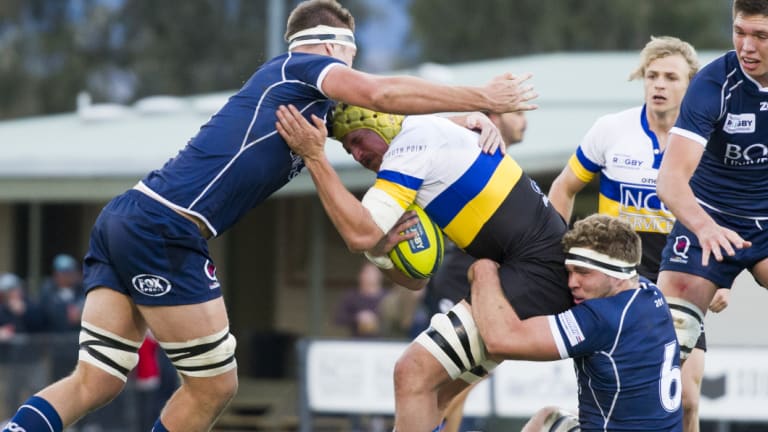 Rory Arnold did his Wallabies recall chances no harm and his Australian teammate Folau Faingaa scored a hat-trick just seven days after his Test debut.

"They're quite good close to the line and scored nearly all there tries there and we just gave them the opportunities to do that," Scrivener said.

"I was really happy when we had the ball, we just didn't have it enough. Our goal-line defence is definitely going to be an area for us to focus on.

"We scored 35 points and looked good with the ball but we don't want to lose too many more, everyone knows what it's about and we'll learn some good lessons out of tonight."

Queensland came storming out of the blocks and caught the Vikings napping with tries to hooker Alex Casey and winger Jock Campbell in the opening 15 minutes.

But Canberra worked their back into the contest and it was Faingaa who scored their opening try of the season from a maul on 18 minutes.

Brumbies winger Lausii Taliauli was next on the board when he crashed through a hole 15 metres out and Wharenui Hawera slotted the conversion to take the lead 14-12.

Country came back when Campbell scored from a Hawera-thrown intercept and Casey bagged his second with a pick and drive on the stroke of half-time. 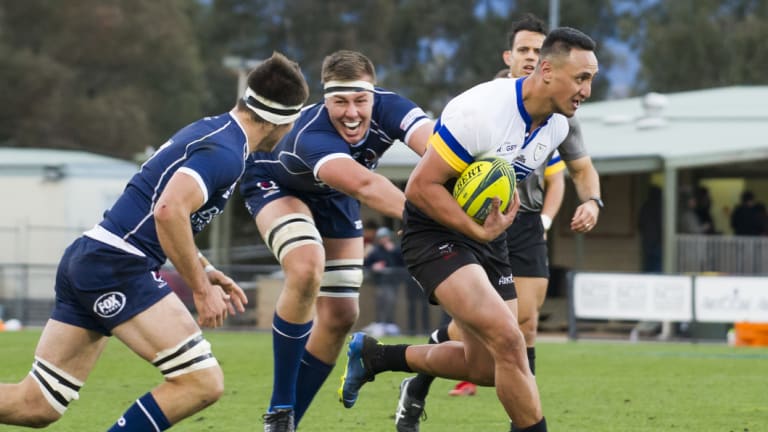 They traded tries in the first 10 minutes after the break through Vikings winger Andy Muirhead and Queensland lock Angus Blyth.

Country No. 8 Caleb Timu extended the visitors lead in the 61st minute but Faingaa scored his double just moments later to keep the Vikings in it at 38-28.

Folau secured his hat-trick with seven minutes left to set up a grandstand finish but the result was sealed when Queensland sub Rob Puliuvea crashed over in the dying stages.