Canberra duo Emma Ilijoski and Josephine Dubbert have been picked in the junior Matildas squad to play at the under-16s world championship qualifiers in the Kyrgyz Republic next month.

Dubbert and Ilijoski were named in a 23-player squad to join former Canberra United coach Rae Dower for the trop, which will include group games against Palestine, Indonesia, Kyrgyz Republic and Chinese Taipei. 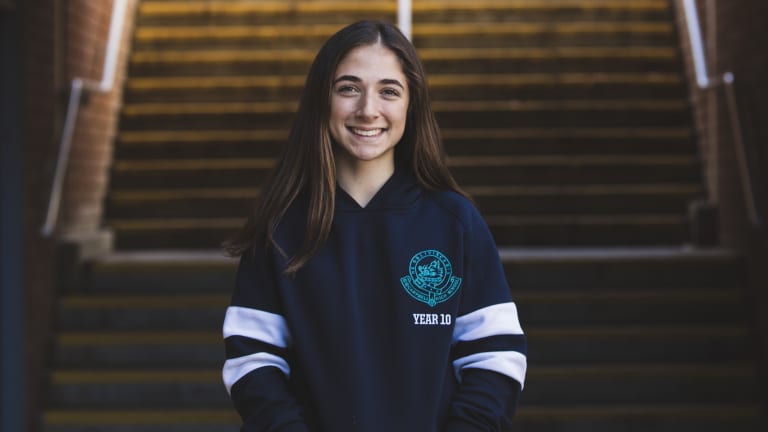 Emma Ilijoski has been picked to play for the junior Matildas.

The junior Matildas, who boast some players as young as 13, can guarantee a spot at next year's world championships in Thailand if they finish at the top of Group D.

"I'm really excited to announce the team to take the first step towards qualifying for the 2020 FIFA under-17s women’s World Cup,” Dower said.

"We’ve been able to see them [the players] play at the national training centre and national youth championships, and alongside each other over two high intensity camps at the Australian Institute of Sport.

"We’ve selected a balanced team with plenty of skill and creativity and we’re really looking forward to our first game [against Palestine] on September 17.

"Some of the players are still only 13-years-old so the potential that they have is enormous. The challenge for us all is to nurture, guide, and develop them all year around as the qualification period goes beyond the next 12 months."

The junior Matildas will return to Canberra for one more camp at the AIS from September 5-9 before flying to Bishkek on September 10.