Home » Sport » 'You can't be what you can't see': Canberra's vision for women's sport

"You can't be what you can't see". With that, ACT sport minister Yvette Berry has reaffirmed the ACT government's desire to make Canberra the capital of women's sport in Australia.

Berry is keen to explore hosting more elite female sport in Canberra as the government prepares to host a women in sport forum at the National Convention Centre on Thursday. 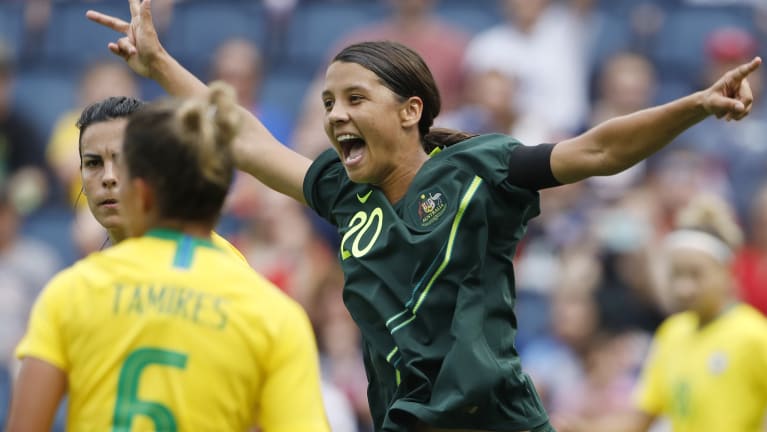 Could Sam Kerr and the Matildas bring World Cup games to Canberra?

Rugby Australia has unveiled plans to bid for the 2021 women's Rugby World Cup but Canberra has missed the boat, with the Hunter Valley the lone location in the proposal.

However Berry says the ACT government remains open to being a part of Australia's bid for the 2023 FIFA women's World Cup as officials prepare to host cricket's shortest format's showpiece event in 2020.

Manuka Oval will host five women's World Twenty20 fixtures in 2020, with the government snubbing the men's tournament to invest in blockbuster women's games.

"If that happens, that Australia makes a bid and they’re successful, Canberra would have a look at whether it would be a host [city] or not. There’s a little work to be done yet before that could be considered," Berry said.

"You can't be what you can’t see. Having these athletes coming to Canberra and engaging with women and girls who are aspiring to be elite athletes themselves, that’s what it’s all about.

"There’s two parts. Having those elite athletes come along to be role models for future generations of girls is very important. It’s also important we make sure there is space in amongst our aspiring players in the junior ranks for young women and girls too.

"Our clubs are working really hard to make sure they include women and girls as much as possible. They know it’s an area of growth across all sports and they want to give girls the same opportunities as men.

"There is still a bit of work to be done."

Berry is determined to open a pathway for women at all levels to become involved in sport, and she hopes forum attendees take the opportunity to speak with the athletes and coaches on hand to fuel the fire on their journey.

Berry introduced measures in 2016 to ensure Canberra sporting organisations have at least a 40 per cent female representation on their board of directors. Those who fail to meet the requirements risk having their funding slashed in 2020.

Canberra has been a leader in women's semi-professional sport with two of Australian basketball and soccer's most successful clubs thriving in the WNBL (Canberra Capitals) and W-League (Canberra United) competitions in the region.

The ACT Meteors are in a position to make a genuine challenge for the Women's National Cricket League crown, while the ACT Brumbies introduced a women's team this year to play in the inaugural Super W competition. 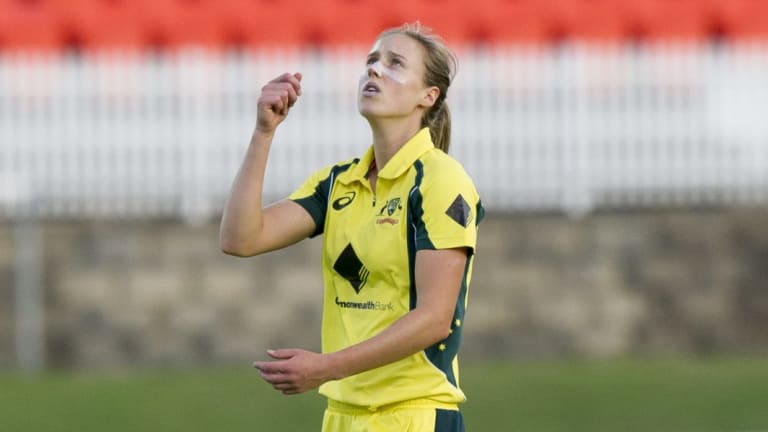 Ellyse Perry will play in Canberra in October.

Australian cricketer Nicola Carey was in Canberra on Wednesday to speak to St Clare's College students about her experience in the rapidly expanding world of women's sport.

Carey will be on hand again in October when Australia host New Zealand in the third match of a Twenty20 series at Manuka Oval.

"I think it’s really important that we do come down and go out to schools and speak to kids, because I know when I was at school, we didn’t necessarily have that," Carey said.

"It’s really hard to aspire to be something when you actually can’t see it. We love coming to schools and talking to the girls.

"If you can get one or two kids to pick up a cricket bat or even in any other sport, just be a bit more inspired to play then we’re happy to do that."