With the score hanging in the balance at 1-1, the striker eased any early pressure when his 27 minute free-kick found the corner of the net. 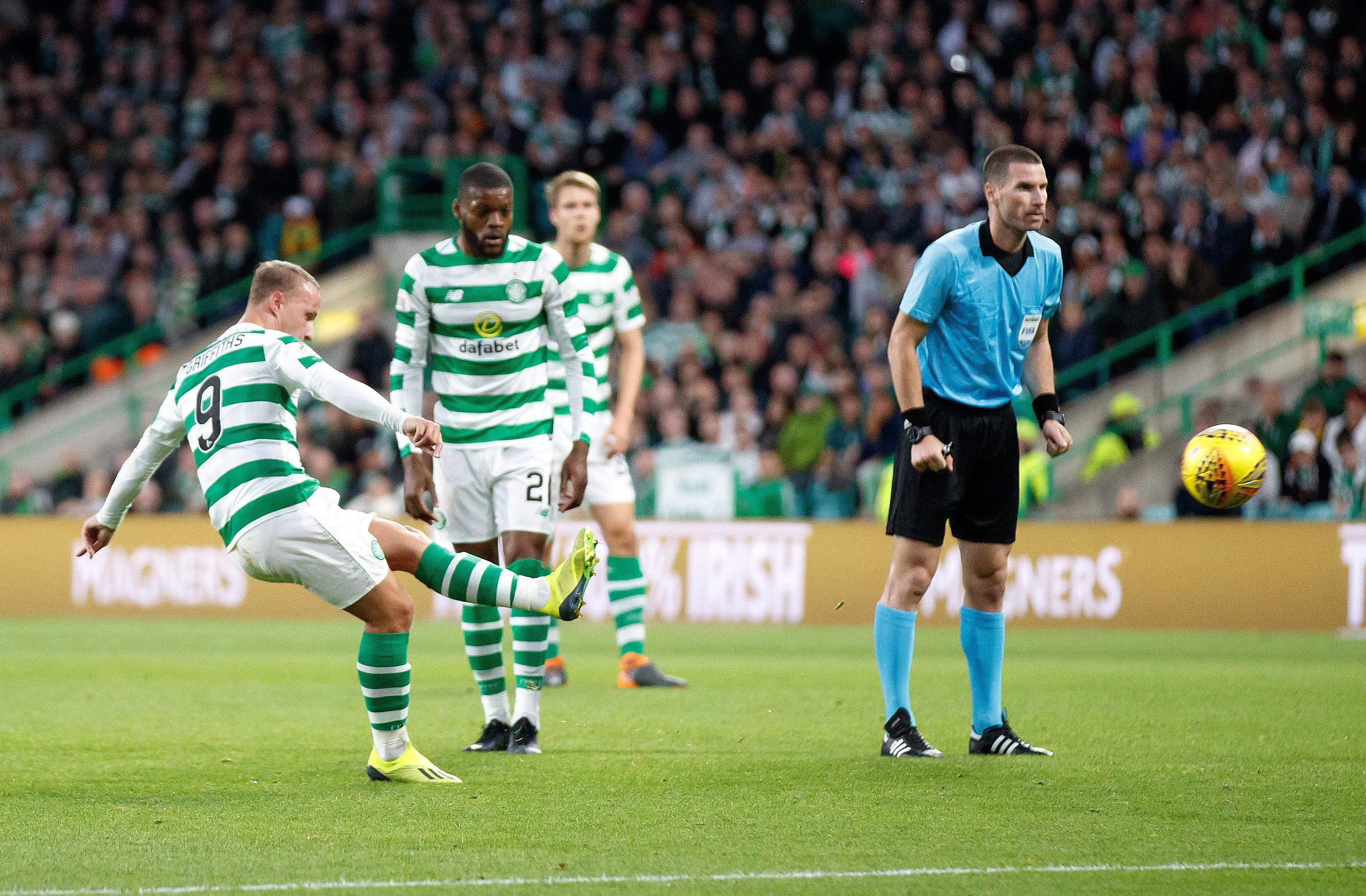 Callum McGregor then capped off a fine Celtic move to double their lead eight minutes into the second half.

And it was game over on the hour when Kristoffer Ajer scored a rare header to put the Hoops in cruise control.

After Celtic's away goal in the first-leg, Suduva knew they had to score in the contest.

But Brendan Rodgers's side dominated and after Griffiths' early shot was struck right at the keeper, he was handed the opportunity from 25-yards out. 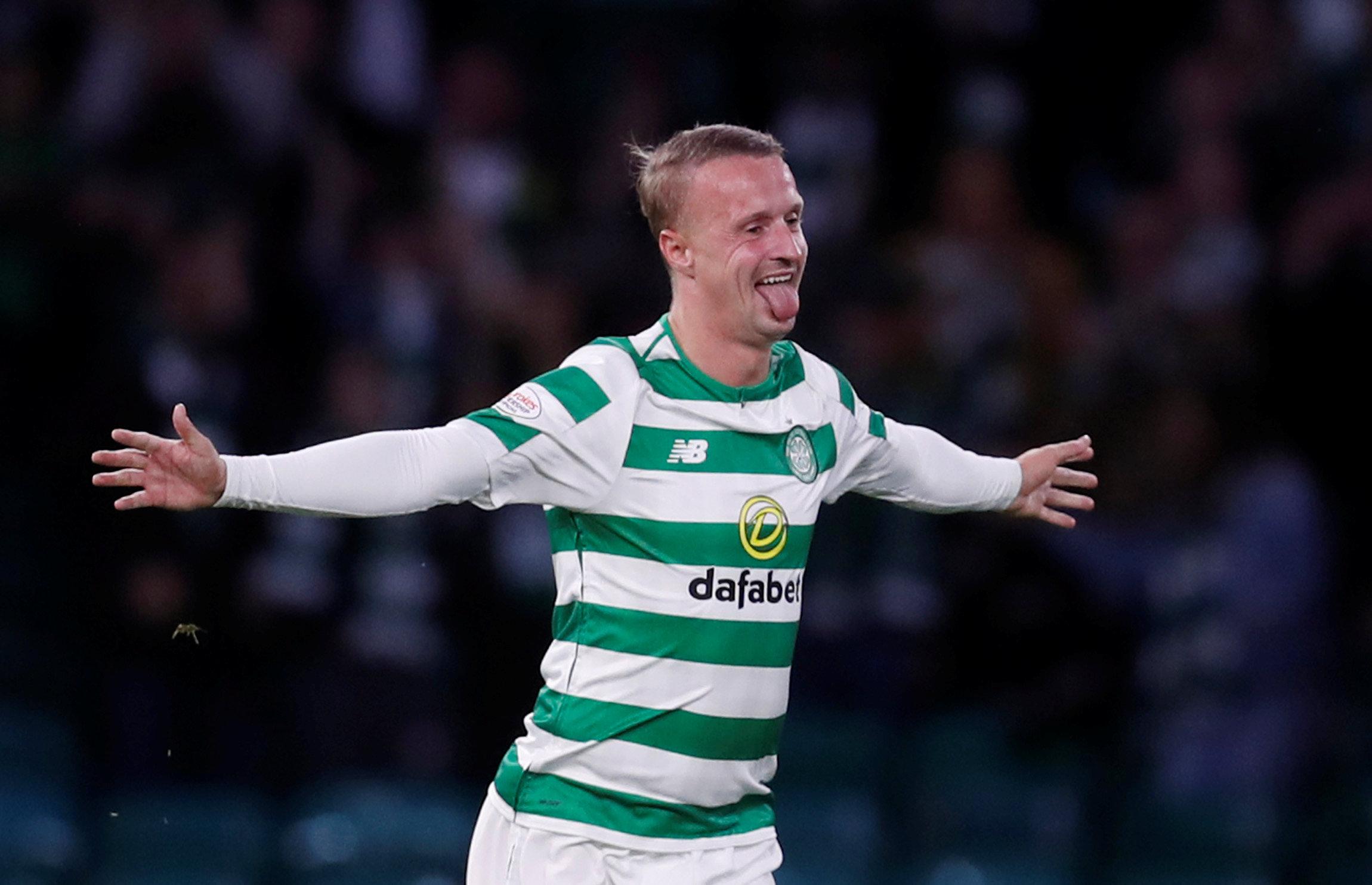 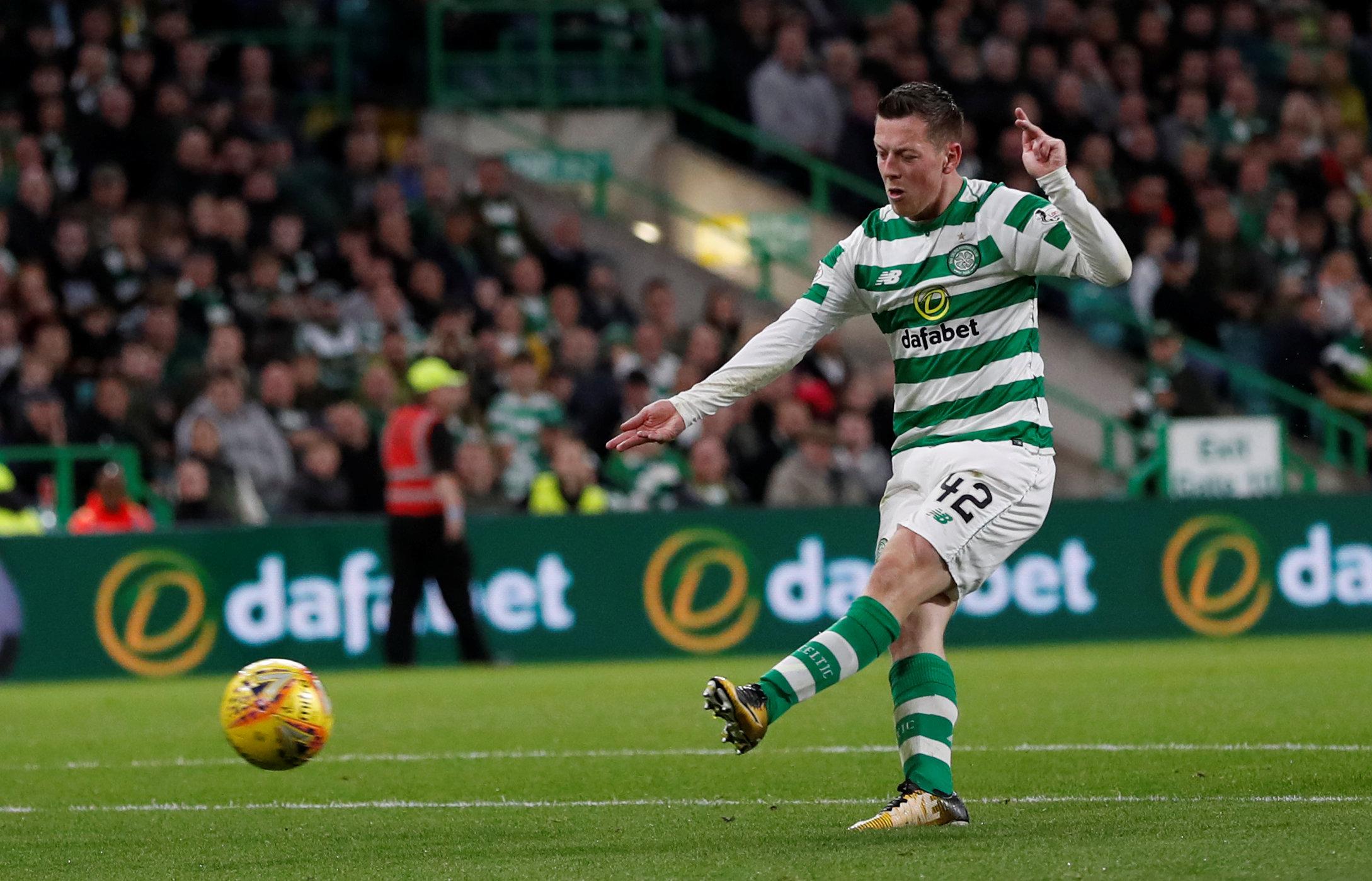 And the 25-year-old made no mistake, curling a precise left-footed effort into the corner to reach his Celtic ton.

Suduva then mounted a rare attack of their own and Craig Gordon, who had been a spectator up until 30 minutes, was forced to deny Sandro Gotal from distance.

It was all one way traffic in the first half and the second carried on in the same vein when Olivier Ntcham struck over from distance.

In the blink of an eye it was two when Griffiths slipped in Scott Sinclair who in turn found McGregor. 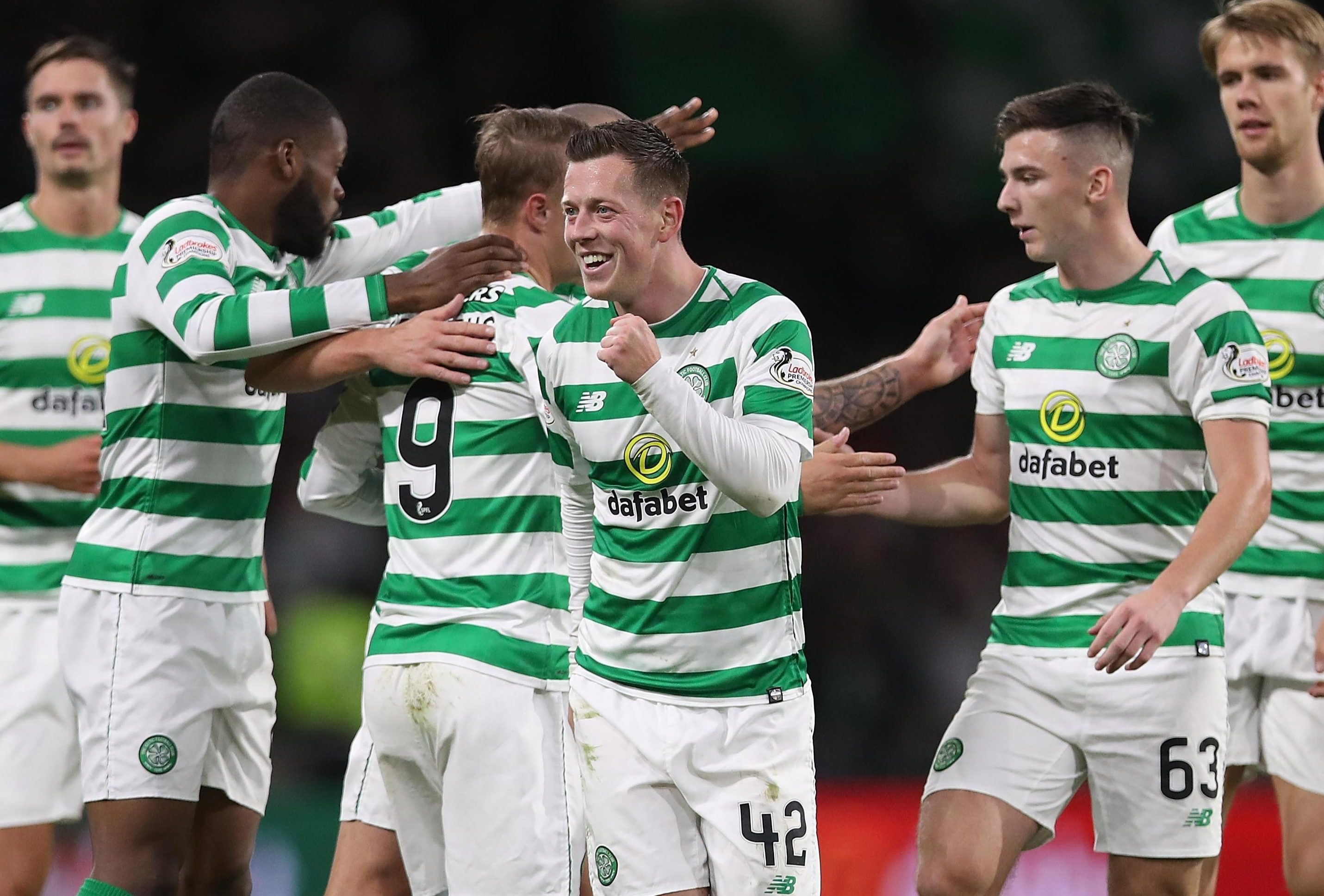 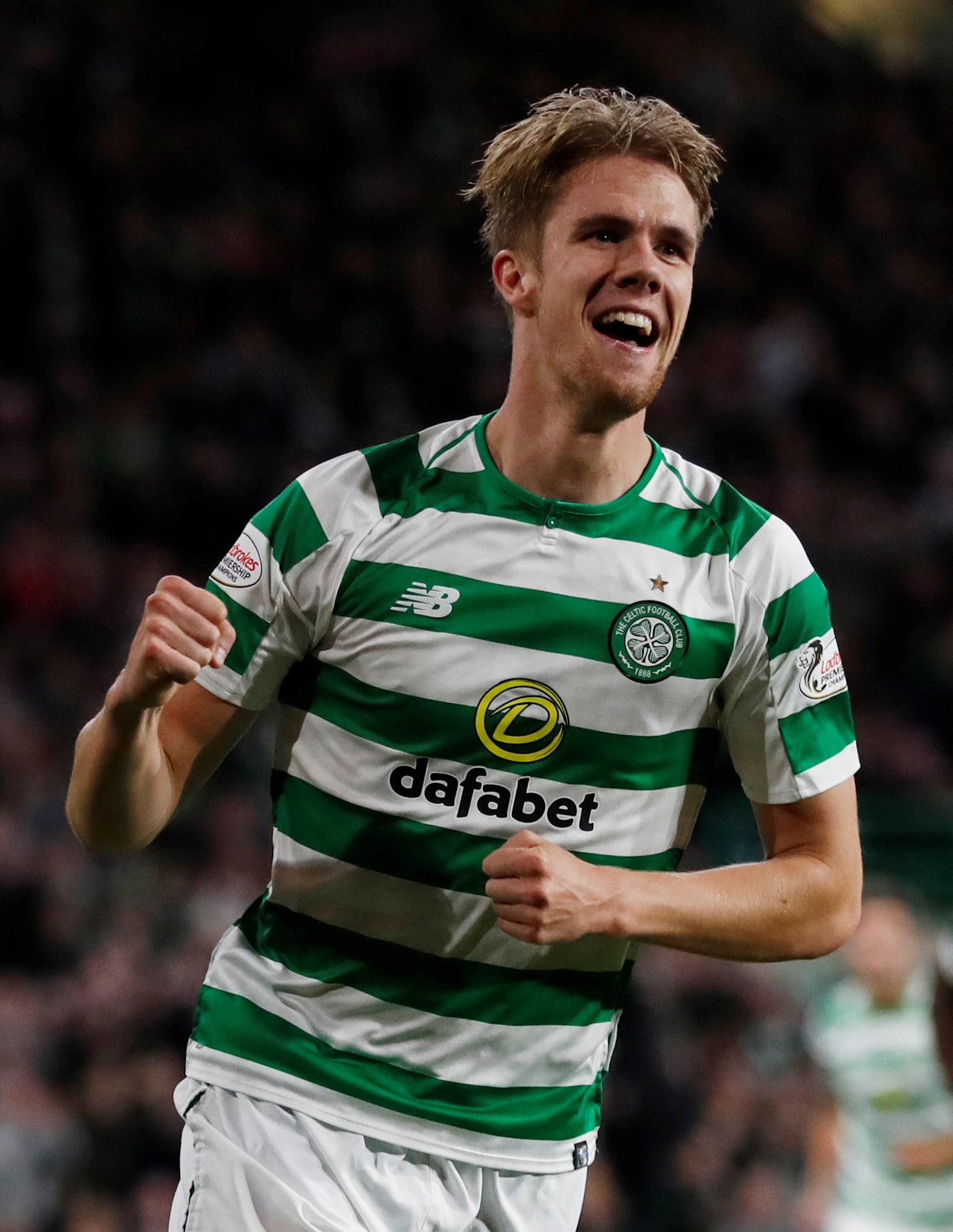 His first time effort left the keeper with no chance as it nestled into the bottom corner.

There looked no way back for the visitors and Ajer put the icing on the cake eight minutes later.

Griffiths was involved again as his long cross found the head of the towering Norwegian to bag his first goal for the club.

Job done for Rodgers and now they prepare to face Rangers in the Old Firm at the weekend.