The stars prepared a football-themed birthday cake for the Brazilian wideman, who was sought by Manchester United this summer. 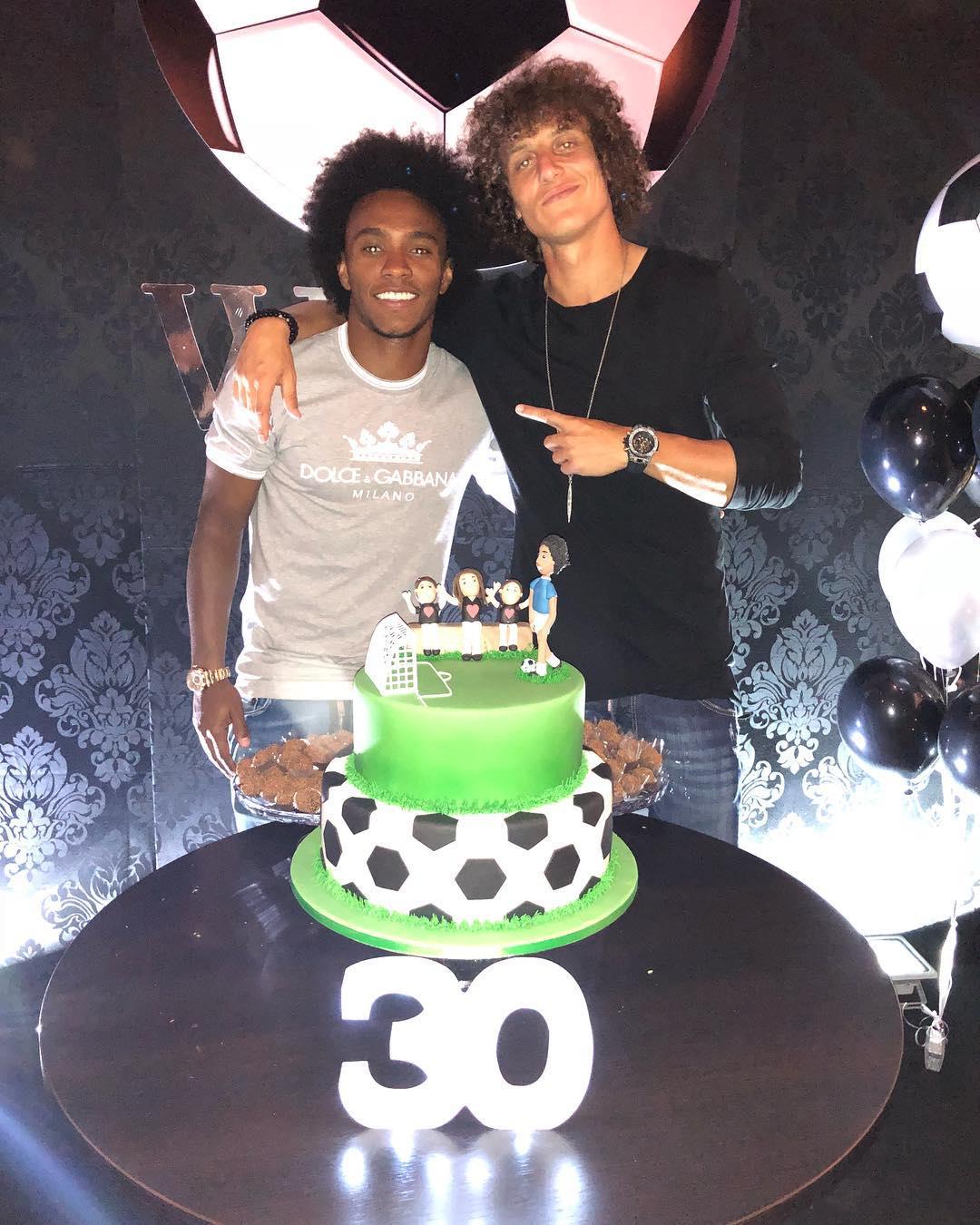 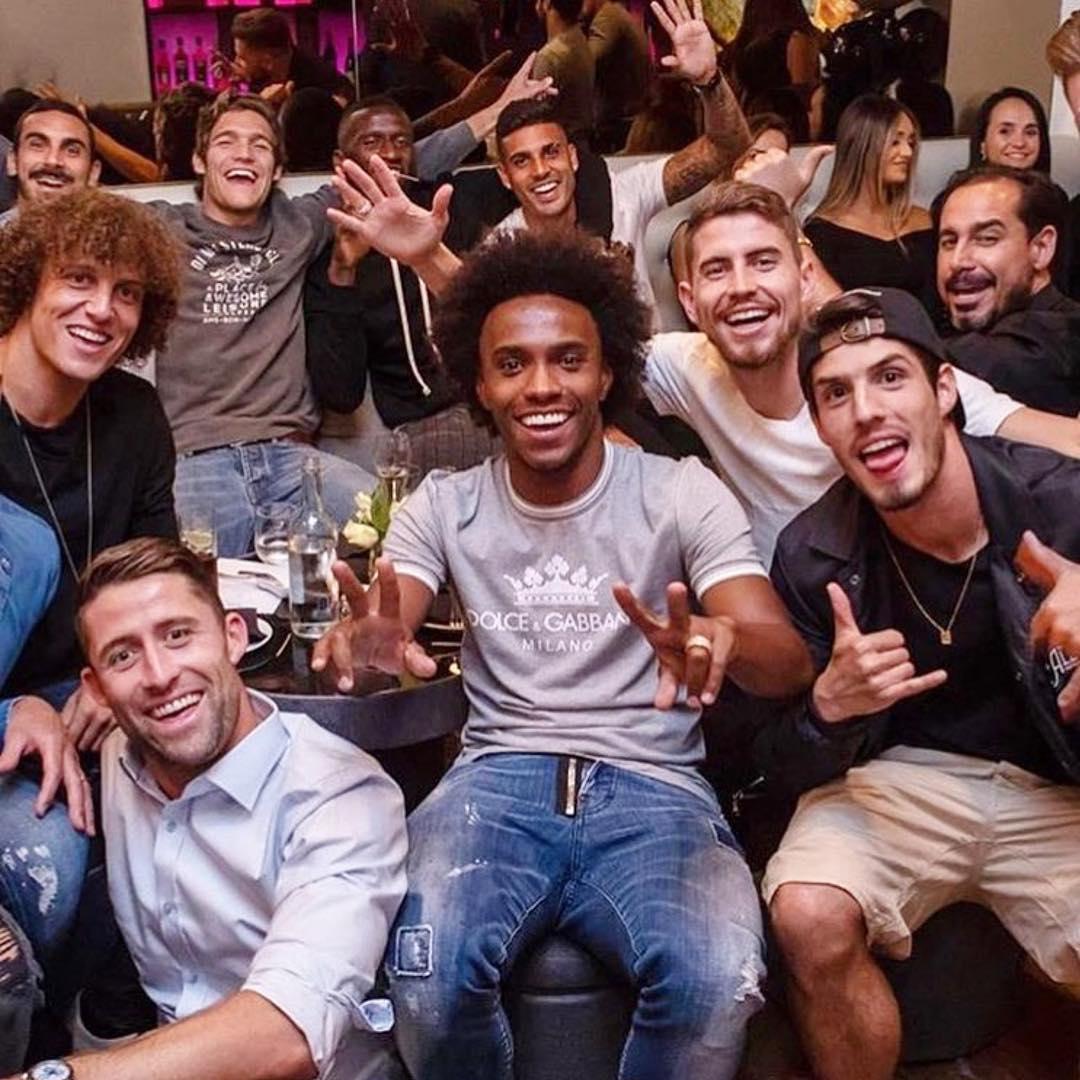 The Blues face Huddersfield at 3pm on Saturday, but were not afraid to head out and mark the occasion with the former Shakhtar Donetsk and Anzi Makhackala star.

And it looked like a strictly water-only affair, with boss Maurizio Sarri set to make his Premier League bow at the Kirklees Stadium. 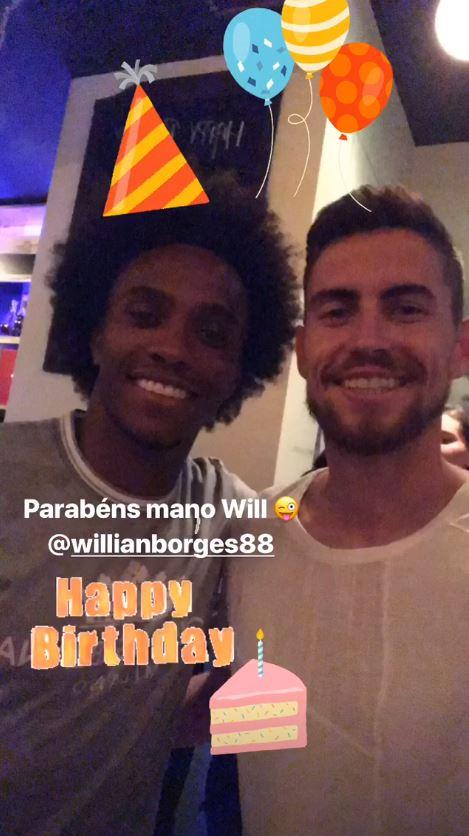 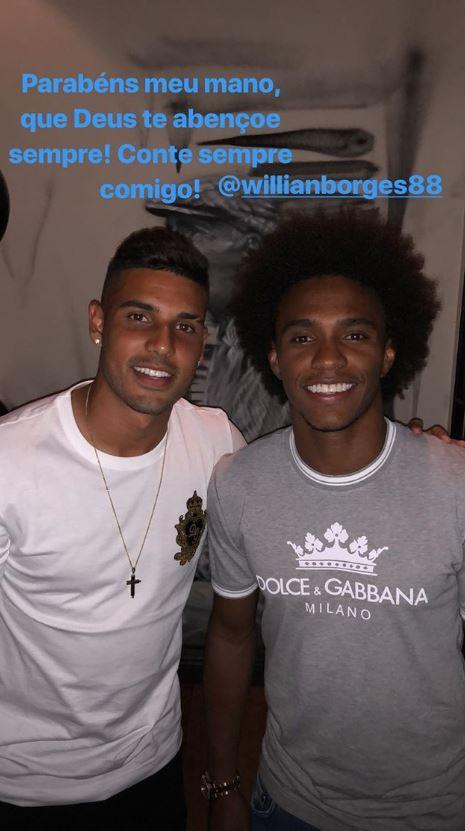 Willian has netted 44 goals since arriving at Stamford Bridge from Russian club Anzi Makhackala in 2014.

And he has become a firm favourite with the fans for his work-rate and ability to put opponents on the back foot.

He was brilliant in their Champions League first leg against Barcelona last season and netted their only goal of the first leg.

But Barca roared back with a 3-0 win at the Nou Camp in the second leg. 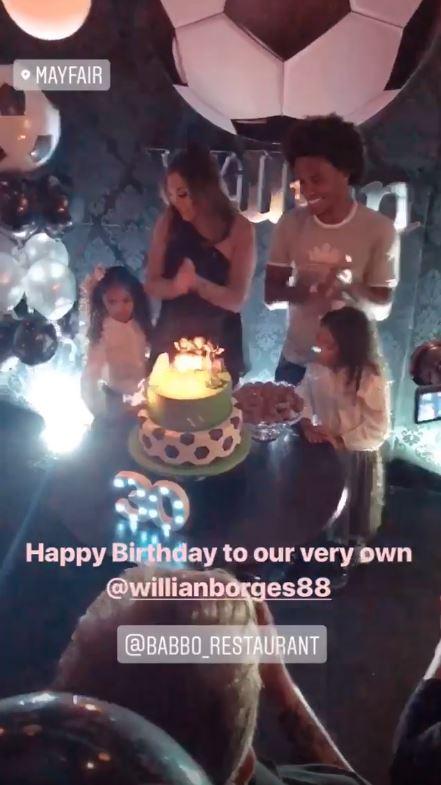 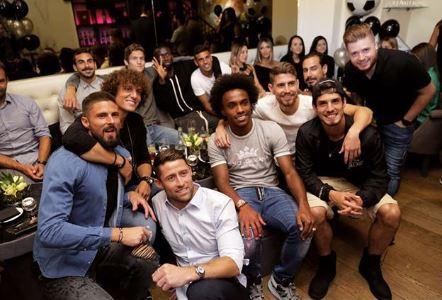 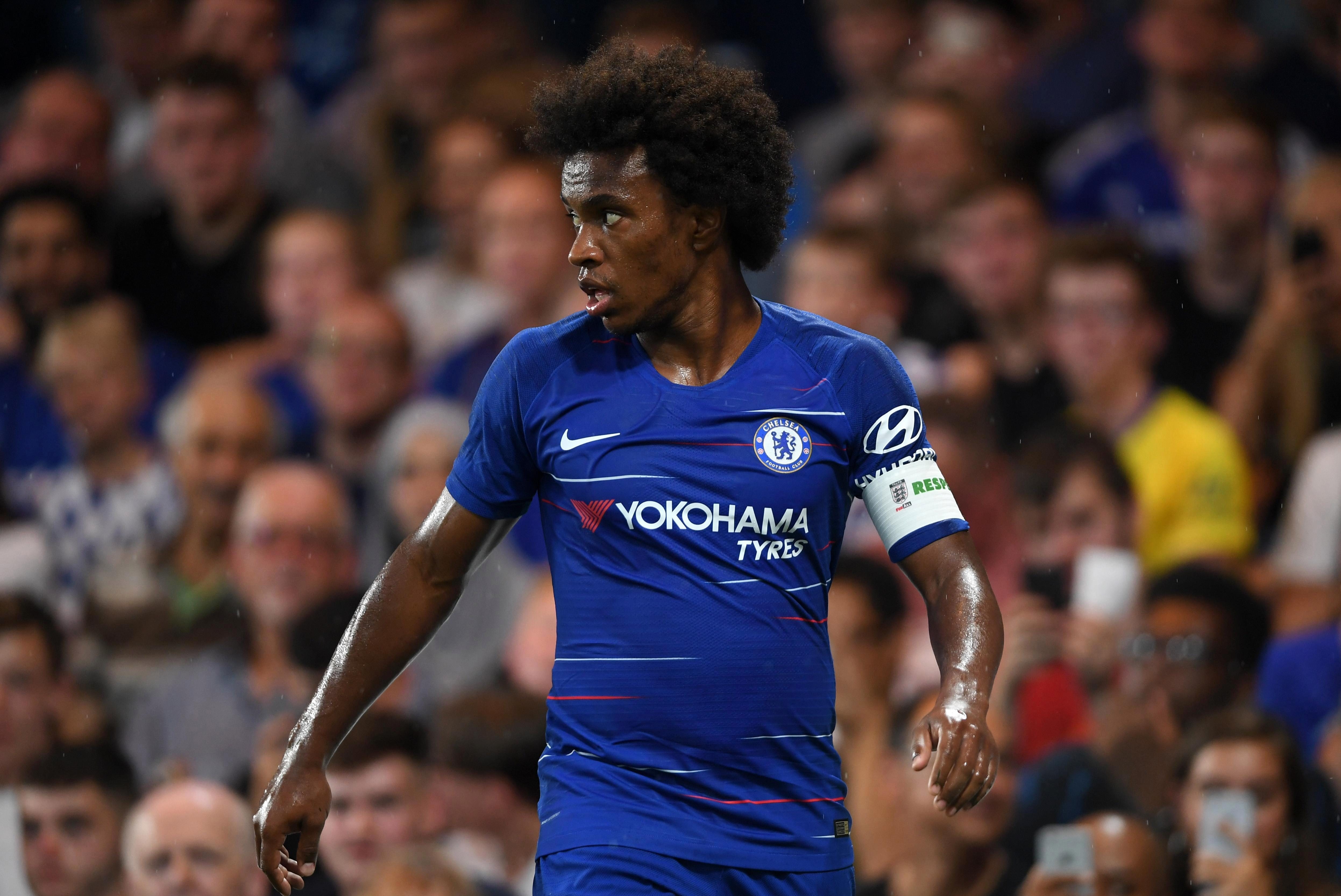 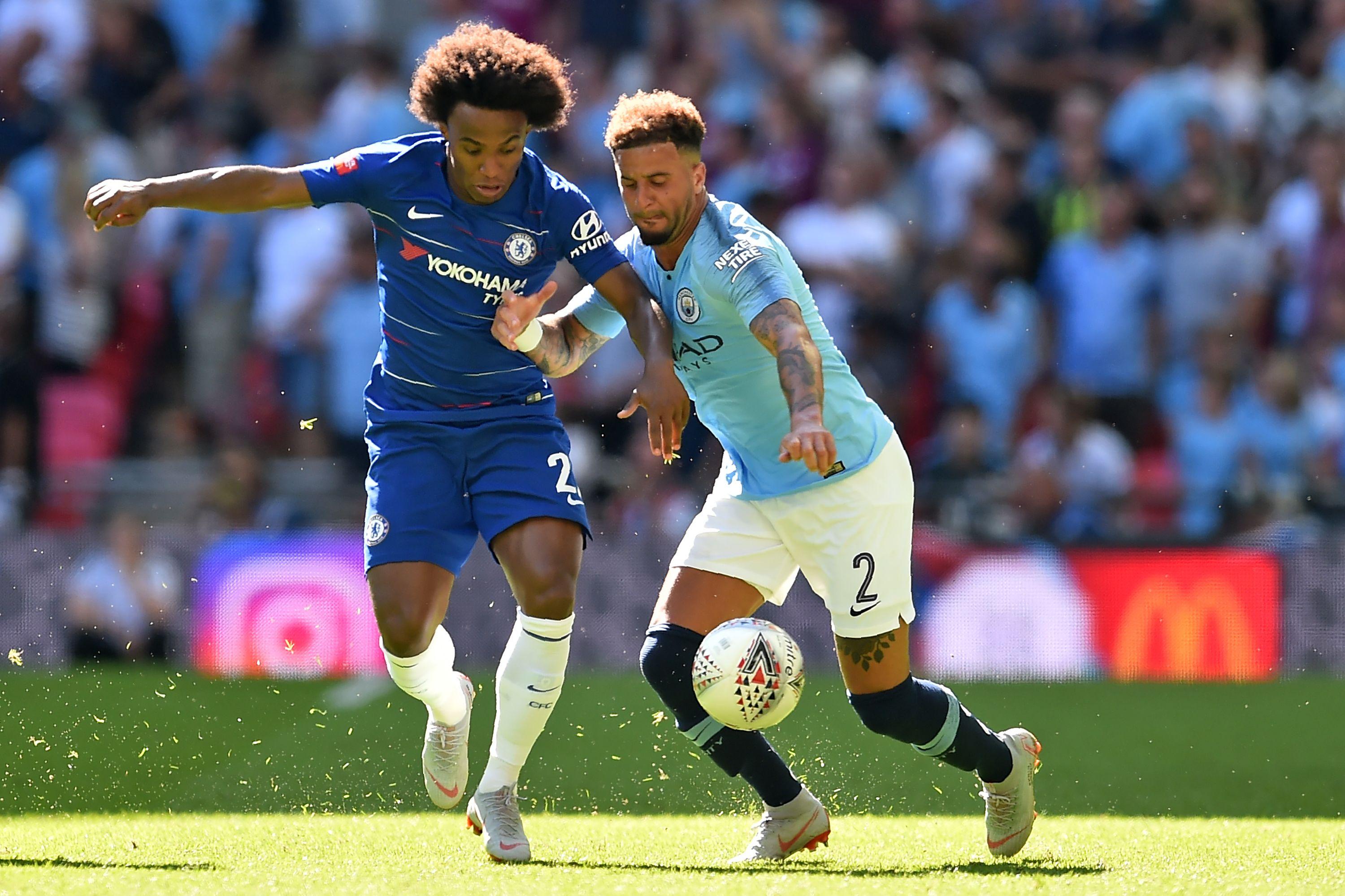 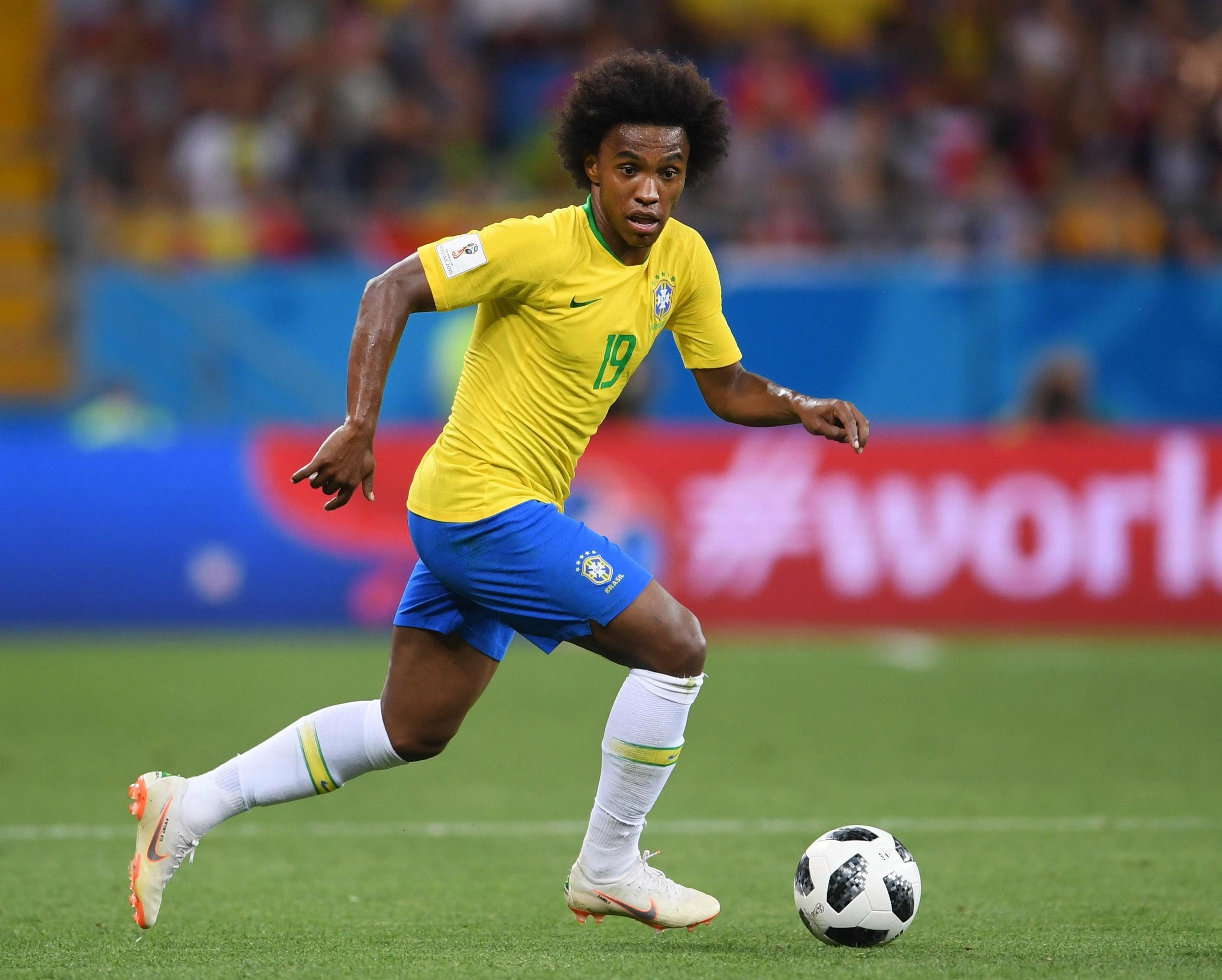 Meanwhile, Willian was a regular in Tite's squad at the World Cup with Brazil.

But with much of the play going down the Samba Boys' left, he was strangely cut out of much of the play in Russia, being substituted on 45 minutes in their 2-1 defeat to Belgium in the quarter-finals.

Jose Mourinho had been keen to reunite with Willian at Manchester United after the Portuguese signed him for the Blues during his second stint at the West London club.

But Ed Woodward appears to have vetoed any bid for a player in his 30s, with deals for Ivan Perisic and Toby Alderweireld also falling by the wayside for similar reasons.