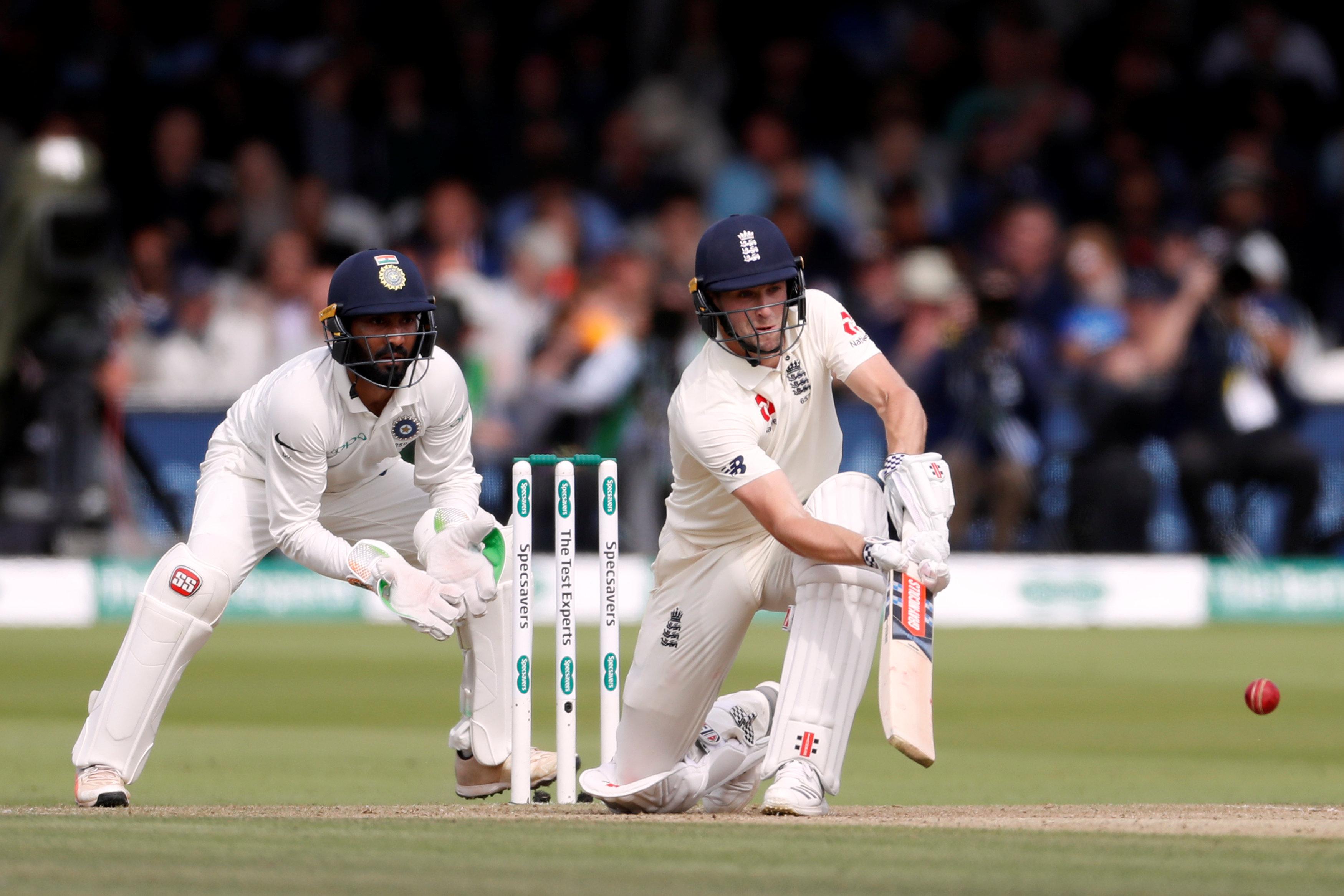 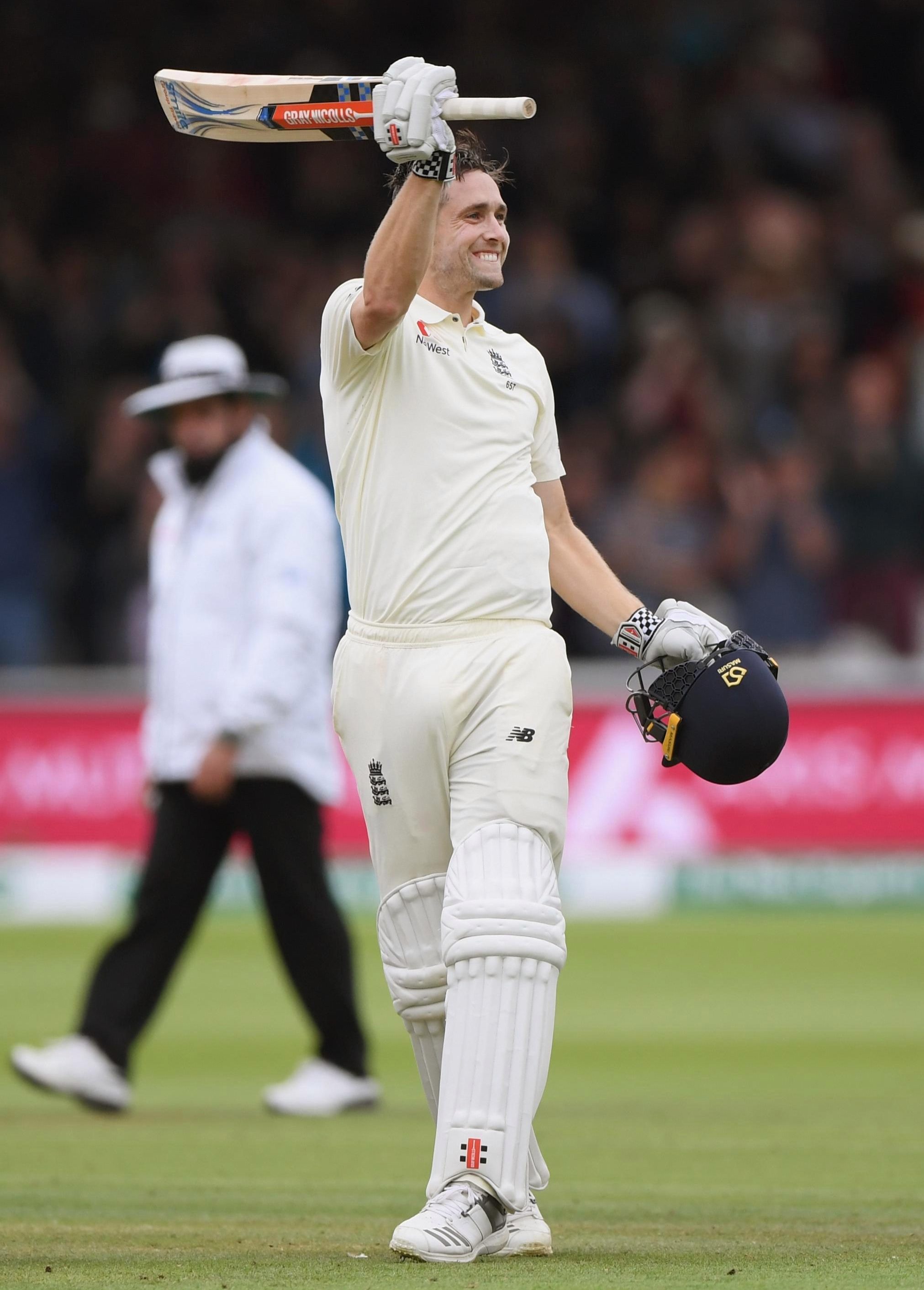 Warwickshire all-rounder Woakes is playing only because Stokes has been otherwise engaged in Bristol.

He took his opportunity with skill and unconfined relish as his first three-figure score in international cricket arrived after 25 Tests, 76 one-dayers and eight Twenty20 matches.

It is almost impossible to comprehend that, in three Tests at the Home of Cricket, Woakes currently averages 122 with the bat and 9.93 with the ball.

He is the only player in history to have a batting average of more than 50 and a bowling number below ten at the same venue. 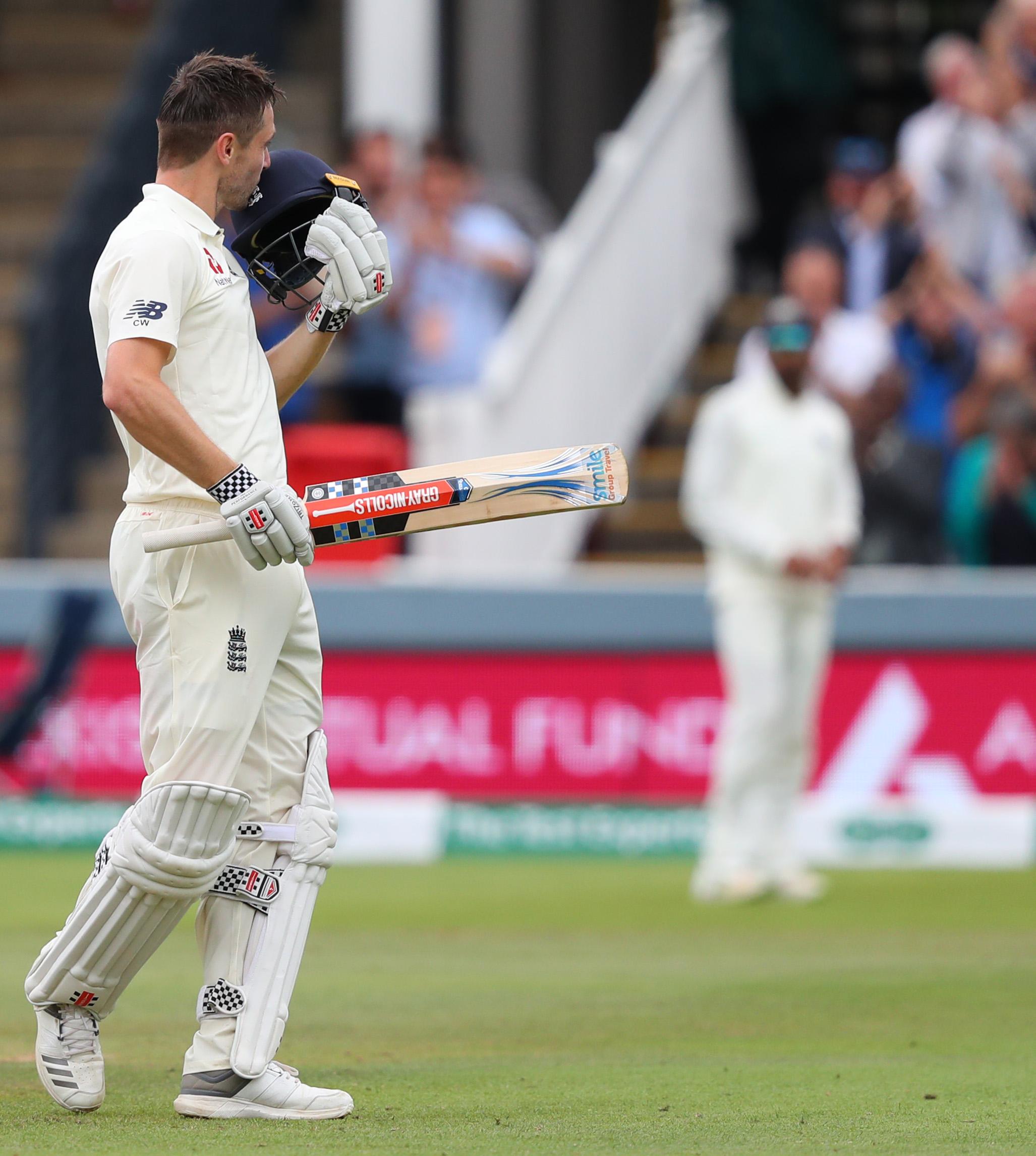 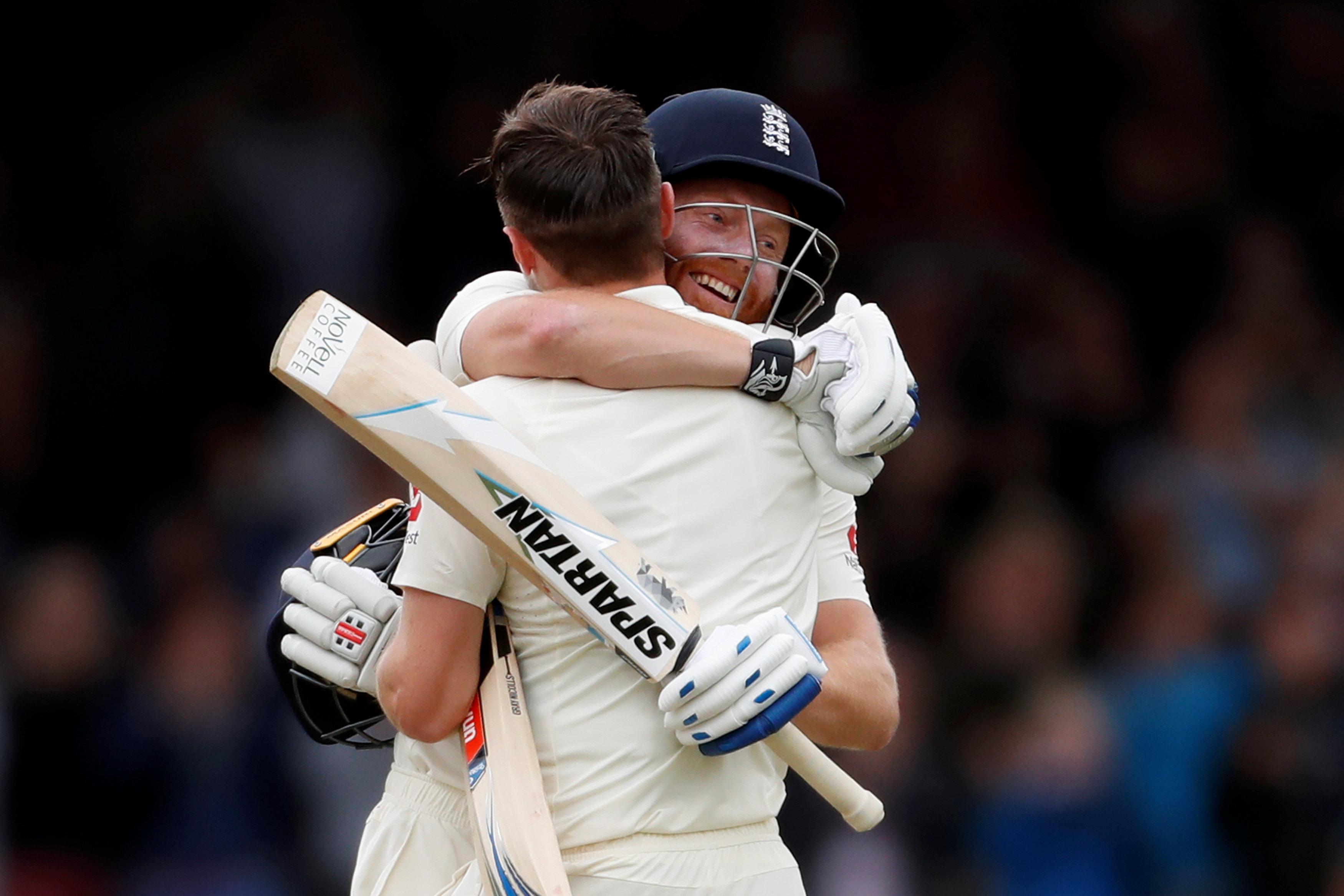 By the close of day three of the Second Test, Woakes was 120 not out from just 159 balls and England 357-6 – a lead of 250. They are surely destined for a 2-0 lead in the series unless there are buckets of rain over the next two days.

Woakes, in his first Test since his wife Amie gave birth to their daughter Laila on July 2, said: "Coming in for Ben Stokes are quite big shoes to fill. But I try not to play like him, I try to play my own way.

"Reaching the hundred is still a bit of a blur – 30 seconds of raising your bat felt like the blink of eye. It was an incredible feeling, a boyhood dream and I’m a little lost for words.

"I went from 60 to 80 quite quickly but then I became nervous in the 90s and started wafting outside off stump. Jonny came down the pitch to calm me down. 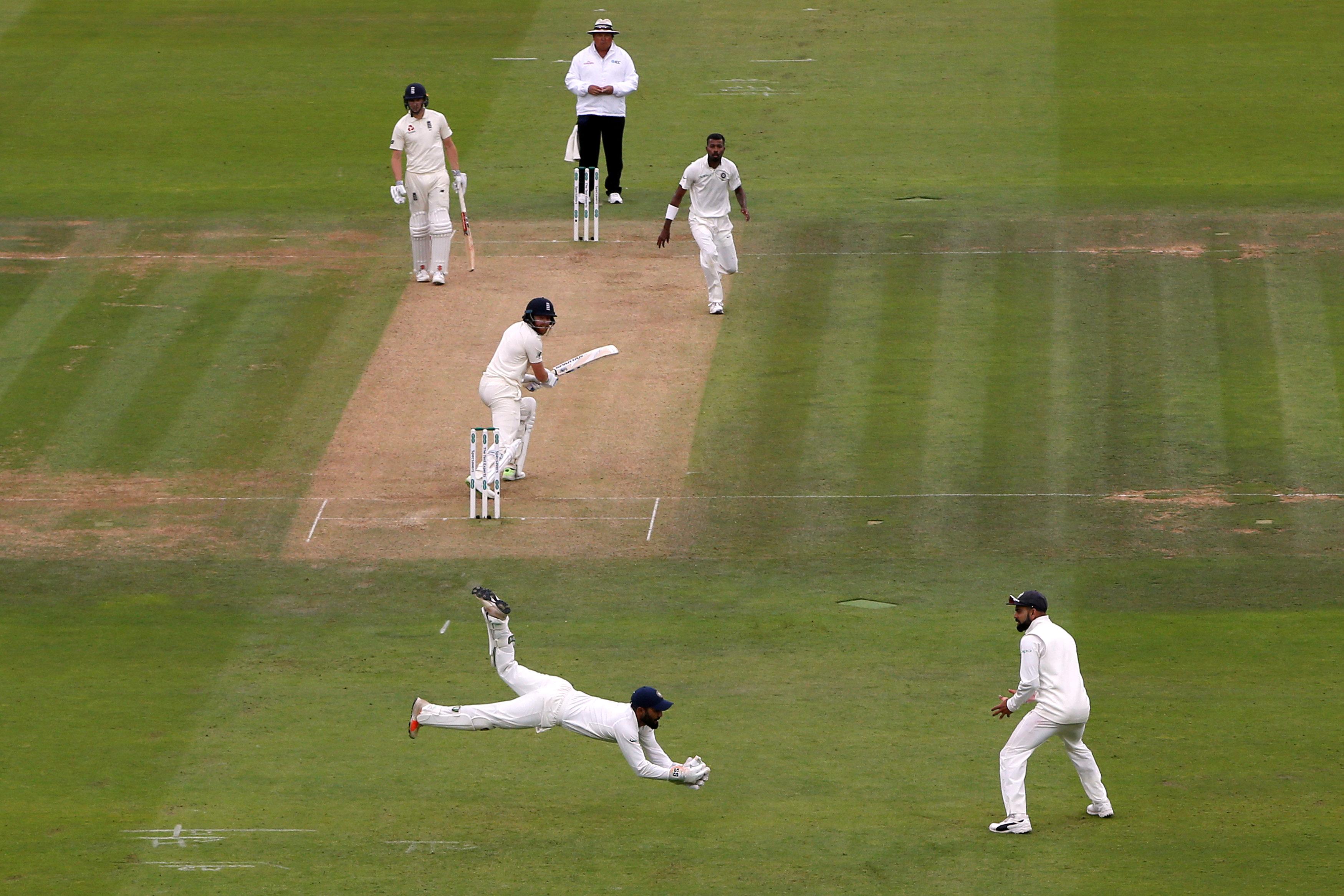 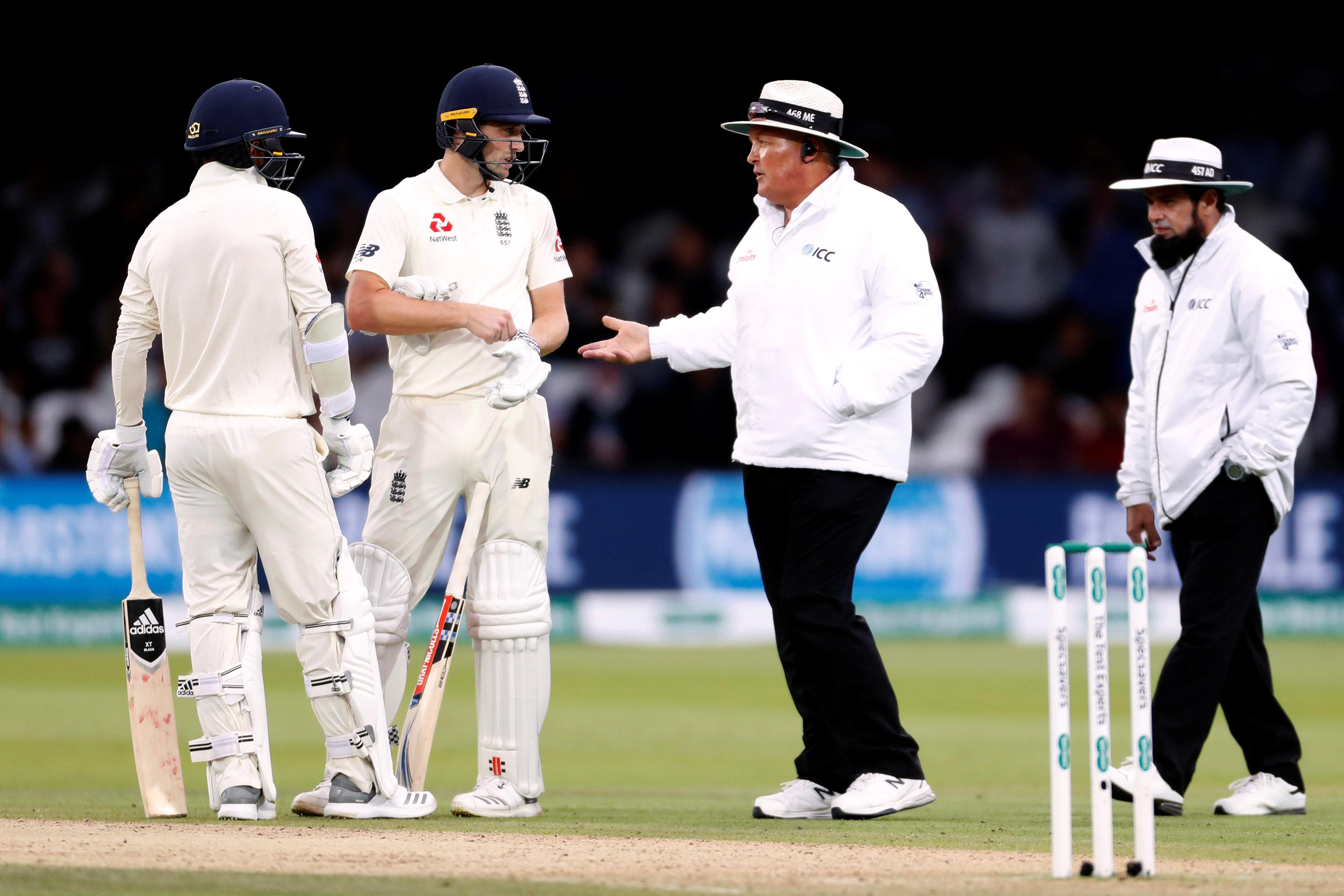 "The lads were saying I should have done a rocking baby celebration, but it wasn’t really on my mind, to be honest! Having a baby is a bit of a shock to the system, but it puts things in perspective. A bad day at the cricket doesn’t seem to matter so much.

"It’s been a sweet day, especially having missed quite a bit of cricket this summer. I was over the moon to get the call back into the squad and I couldn’t have dreamed of scoring a hundred in my comeback Test.

"I don’t really know why I’ve had a couple of good games at Lord’s. Maybe it’s the conditions or I’ve just hit form at the right time in Lord’s week."

Woakes took two wickets on Friday in freakish fashion when Jos Buttler held two catches at second slip the very next deliveries after he had dropped catches.

NEW dad Chris Woakes was teased by team-mates for his celebration after scoring his maiden Test ton at Lord’s.

Warwickshire all-rounder Woakes made 120 not out as England took control of the Second Test against India – six weeks after wife Amie gave birth to their daughter Laila on July 2.

He said: "The lads were saying I should have done a rocking baby celebration, but it wasn’t really on my mind, to be honest!"

Woakes was playing only because Ben Stokes has been in court in Bristol defending a charge of affray.

Woakes added: "Coming in for Ben Stokes are quite big shoes to fill. But I try not to play like him, I try to play my own way." 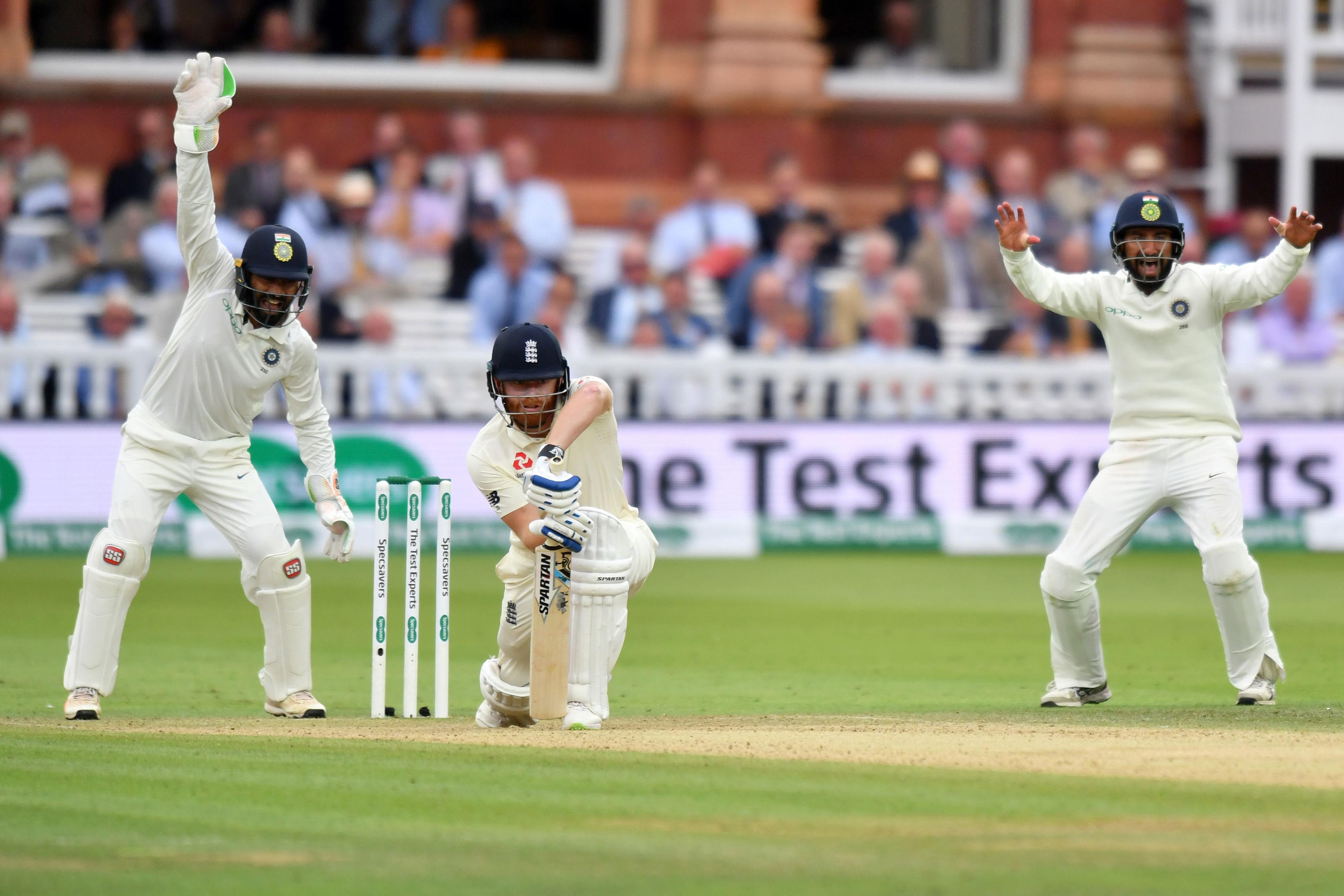 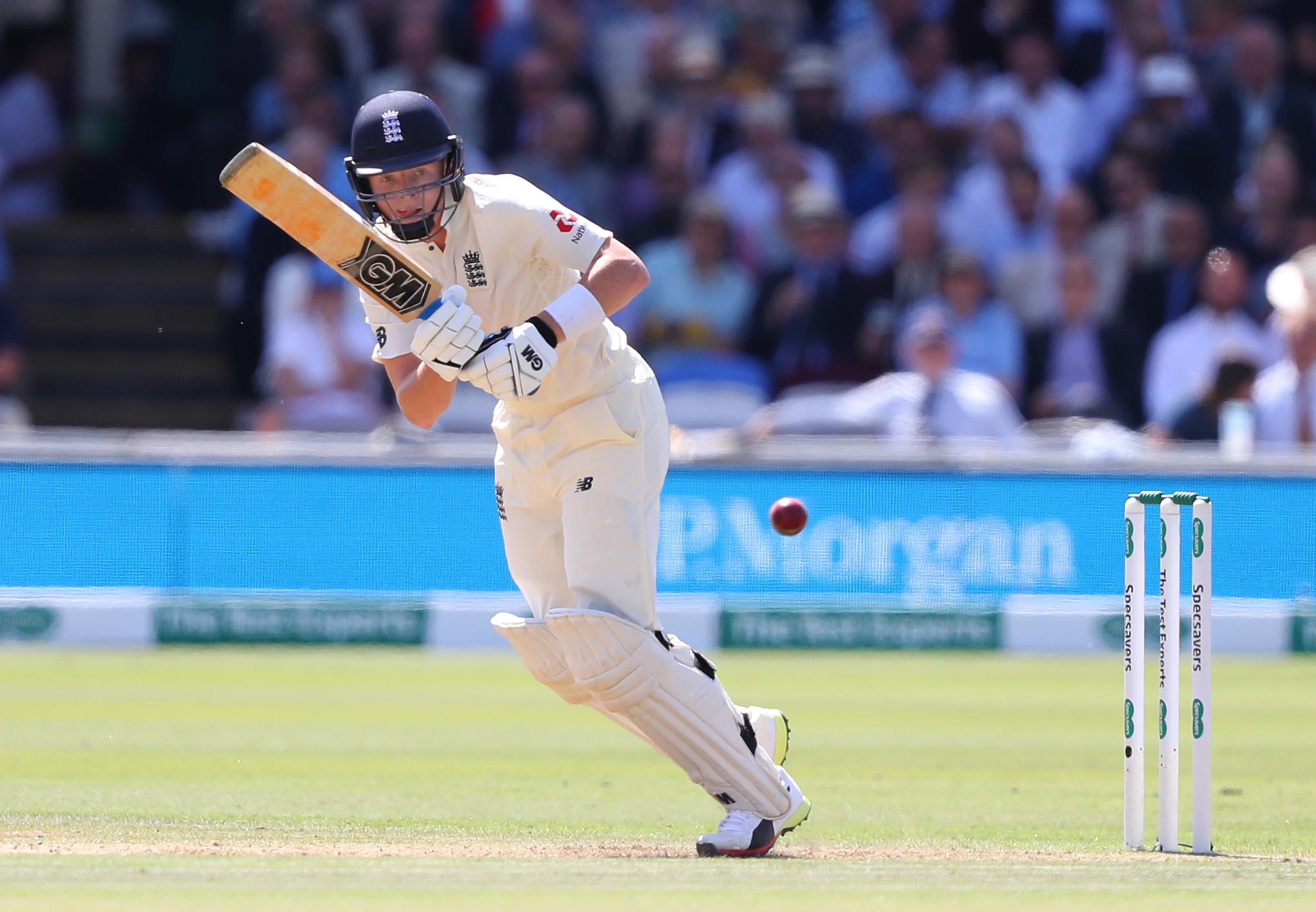 Just 24 hours later, Woakes chose the marquee occasion of the summer – the Saturday of the Lord’s Test – to reach his joyous landmark.

He came in with England’s innings in some disarray at 131-5, although it was hardly a full-blown crisis because India were routed for just 107 all out the previous evening.

Woakes and Bairstow put on 189 for the sixth wicket in 43 overs and swept the game completely out of India’s reach.

Earlier, Keaton Jennings was soon plumb lbw to a full delivery from Mohammed Shami but it did not stop the Lancashire opener wasting a review. 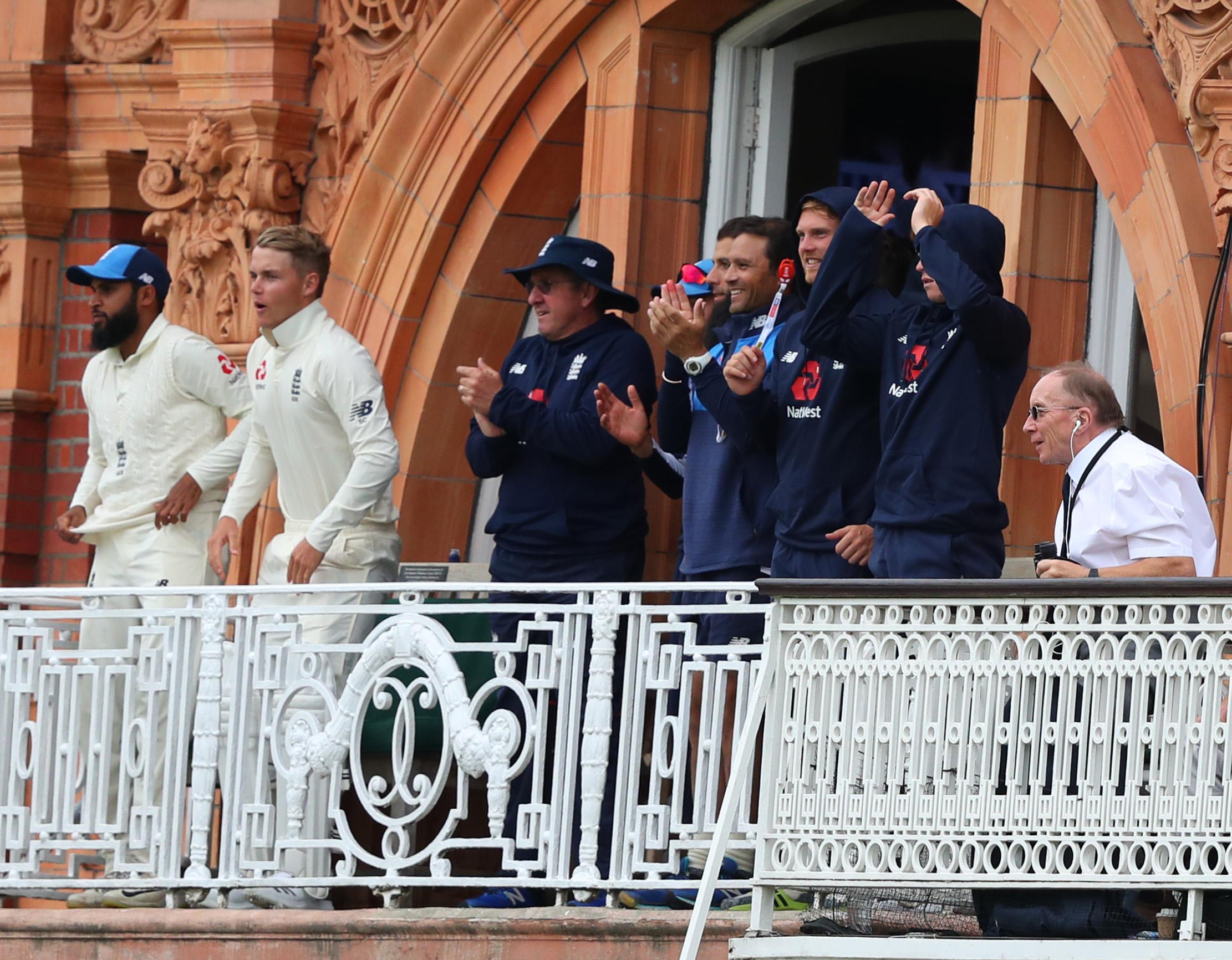 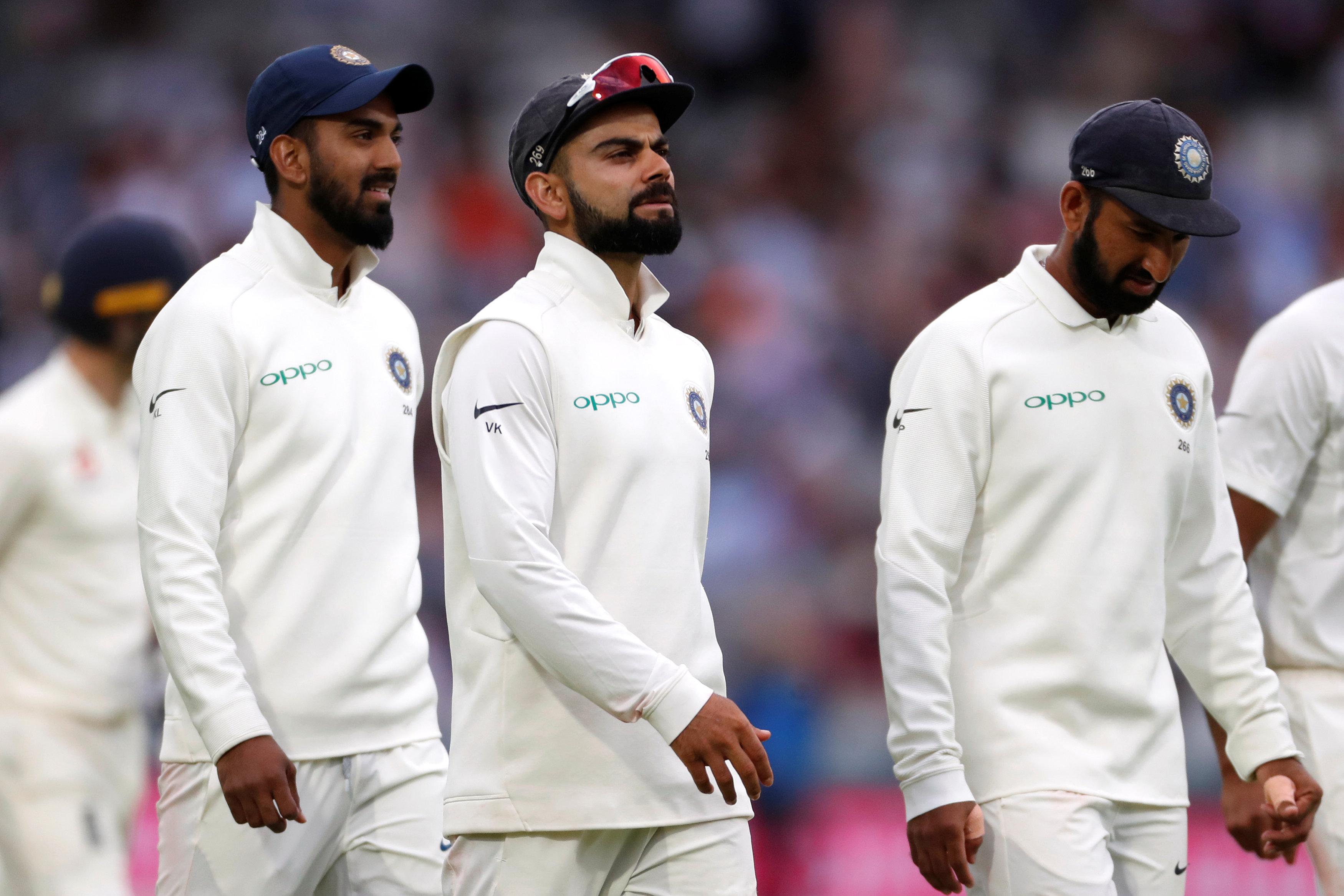 After getting away four boundaries and looking fluent, Alastair Cook nicked off to a cracking delivery from Ishant Sharma for 21. Former captain Cook could do with a big score.

Ollie Pope clipped his second ball in Test cricket uppishly but confidently enough through square leg for four. The 20-year-old Surrey batsman was busy and bustling, perhaps a touch too free-wheeling, but generally shaped up well before being leg before to Hardik Pandya.

When Joe Root was also lbw on the stroke of lunch and Buttler became the fourth leg before victim of the innings, it meant no batsman in the match had reached 30.

But Bairstow and Woakes changed all that with a partnership full of purpose and poise. 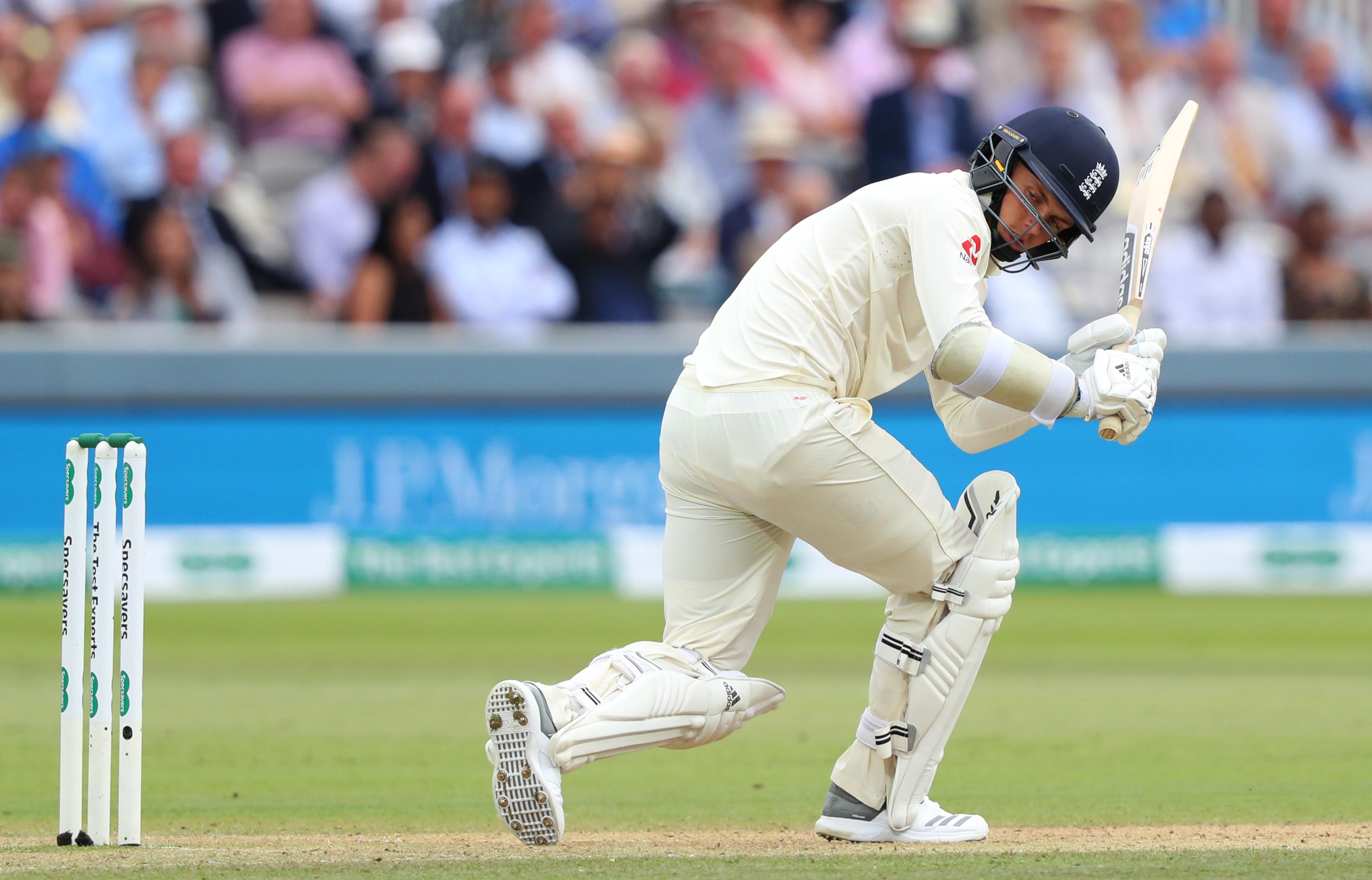 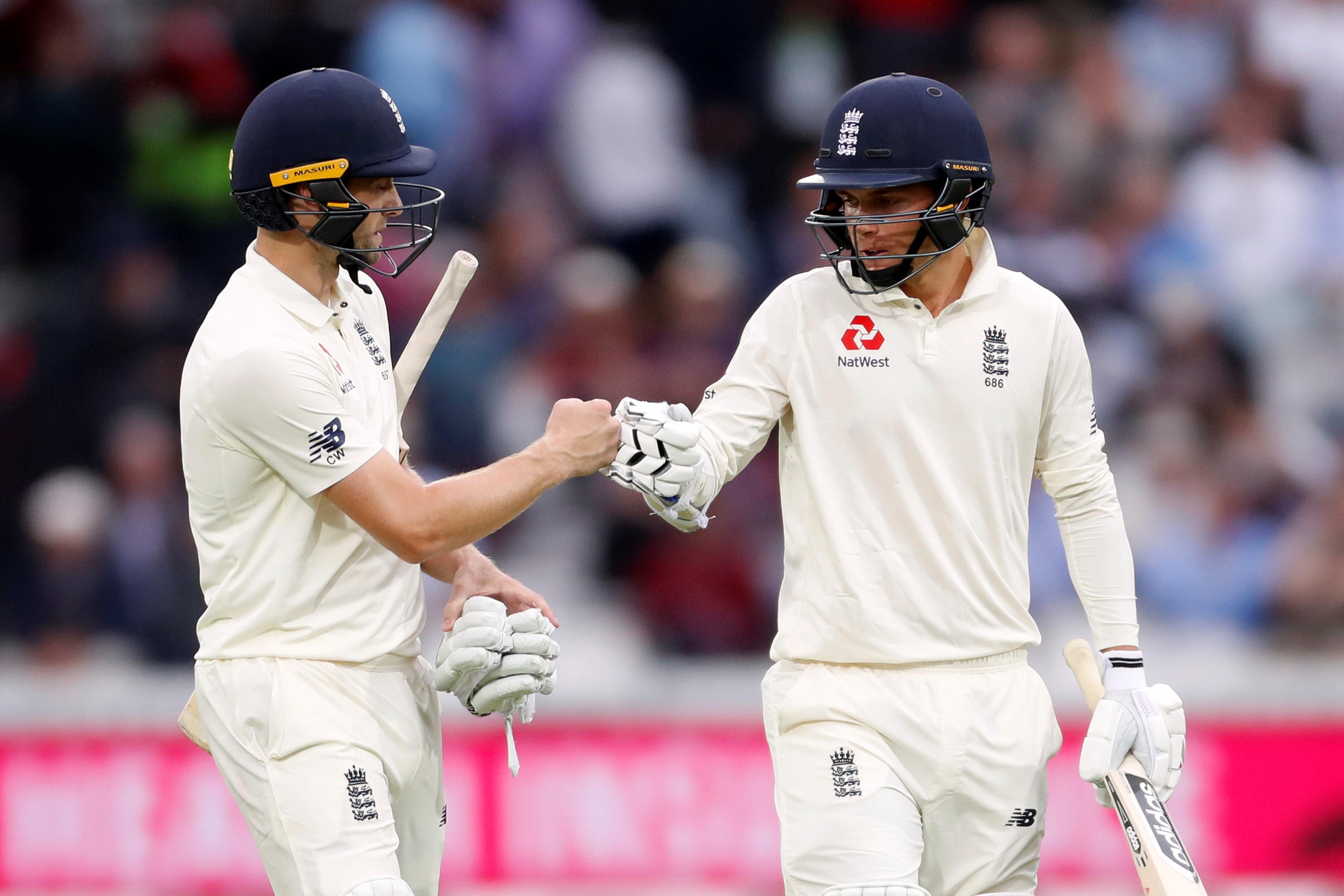 Woakes is a highly-accomplished batsmen and played few false shots. One came when he inside-edged a four to reach fifty but, generally, he offered the Indian bowlers little encouragement.

His team-mates were delighted because Woakes is one of the most popular players in the game, a genuinely good guy. His century came courtesy of a pull for three runs and his smile lit up Lord’s.

He became only the fifth player to be on all three honours’ boards at the ground – for scoring a century, taking five wickets in an innings and ten wickets in a match – after Englishmen Gubby Allen, Ian Botham and Stuart Broad and Aussie great Keith Miller.

This is his first game for England for two months following knee and quad problems and the door opened for his return only because of Stokes’ court appearance. 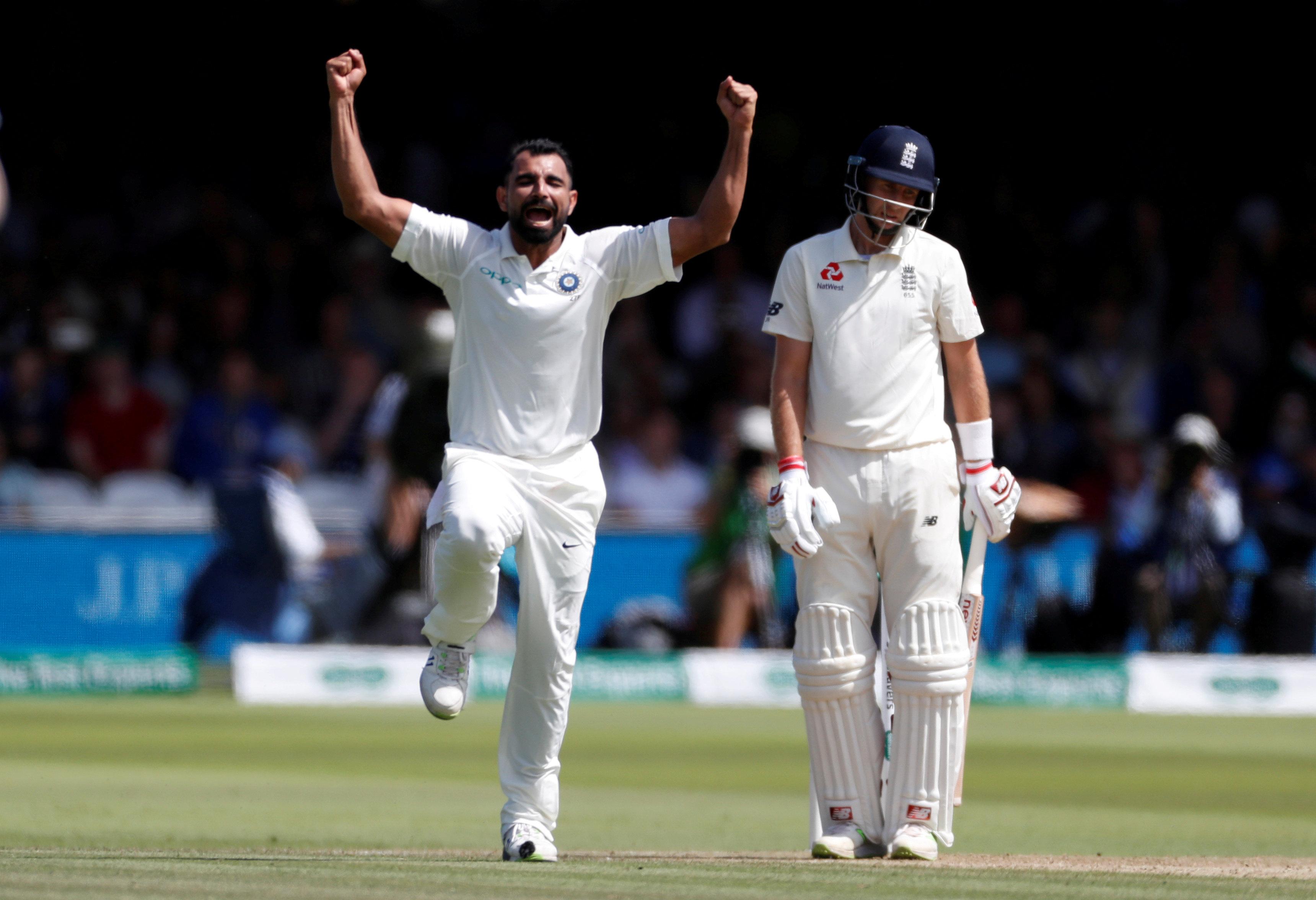 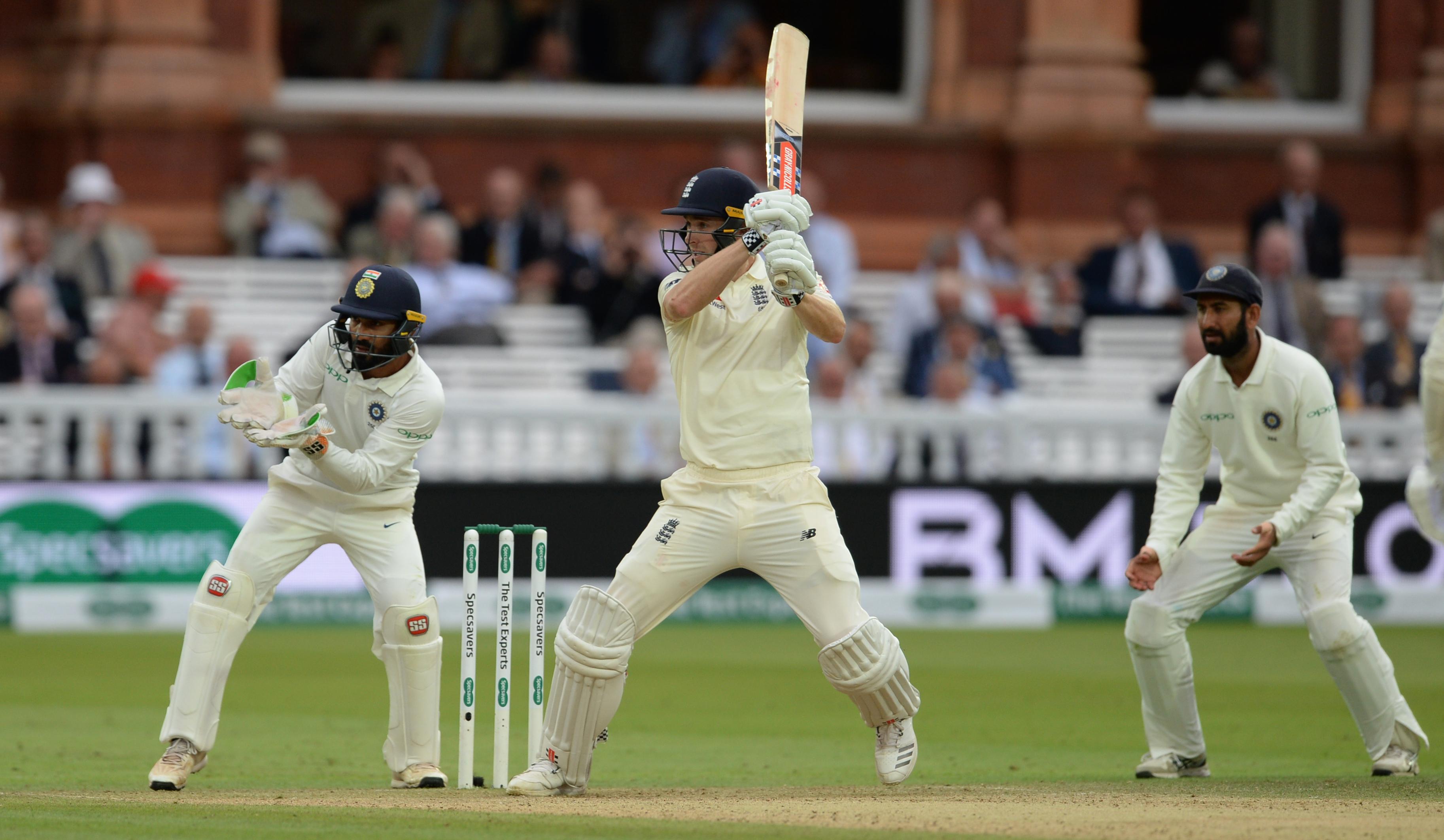 The verdict in Stokes’ trial for affray – he and another man have pleaded not guilty – is expected early this week. Once the legal process is complete, a three-man ECB disciplinary panel will interview Stokes and batsman Alex Hales before deciding whether to impose punishment.

Bairstow departed to a diving catch by wicketkeeper Dinesh Karthik when seven runs short of his sixth Test century. There was time for Sam Curran to clip four boundaries before bad light halted play with 17 overs unbowled.