CHELSEA'S new £58million star Christian Pulisic fell in love with football playing with a club in the seventh tier of English football.

The Blues unveiled the 20-year-old American at Stamford Bridge earlier this week after finishing his loan deal with Borussia Dortmund. 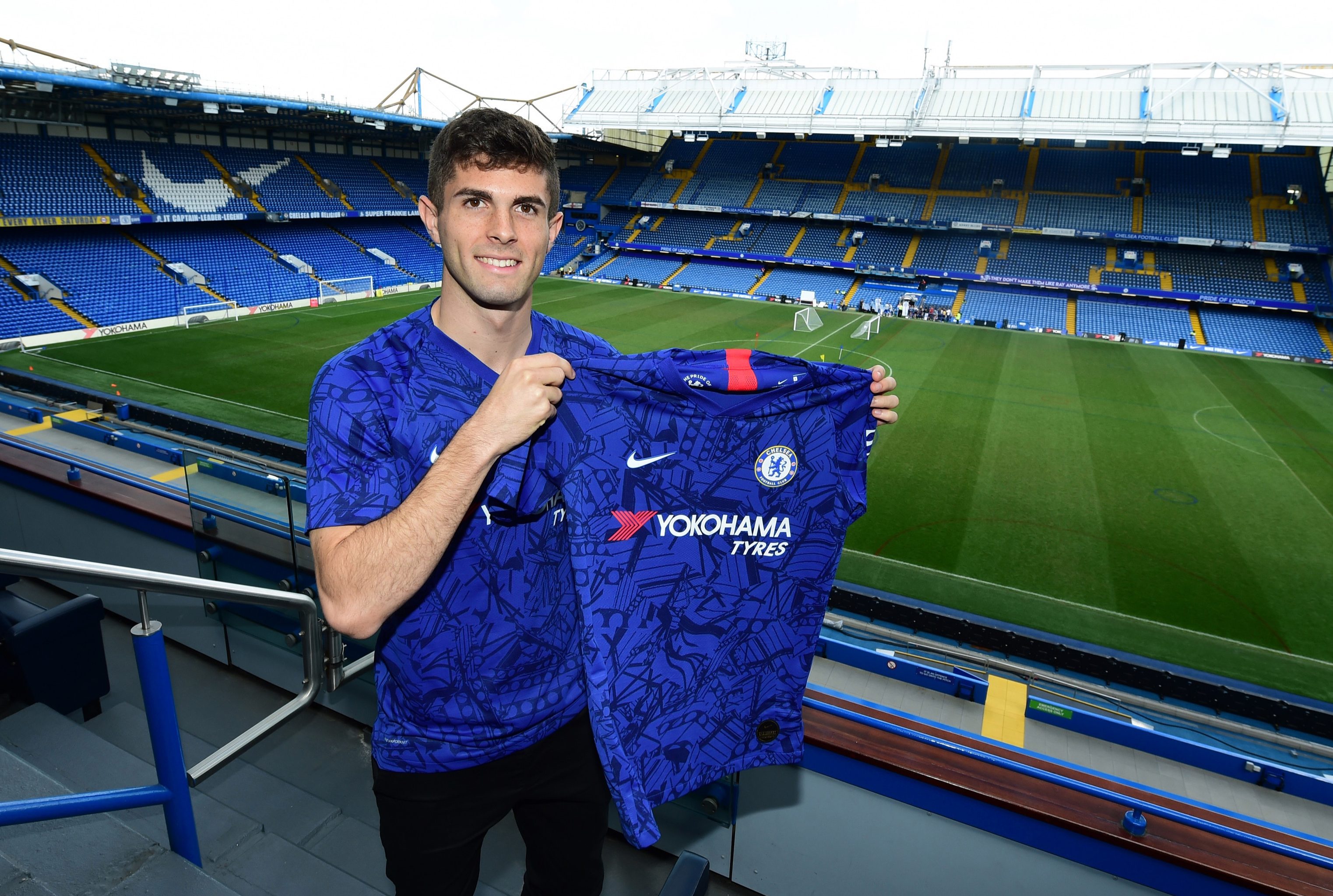 Arsenal and Liverpool had also been chasing the 20-year-old American but it is Chelsea who came up trumps in the race to snap up one of the most sought after young players in Europe.

Pulisic revealed on Tuesday that he grew up loving "Figo, Ronaldinho and Zidane."

"I feel at my best when I’m enjoying it and having fun. If I can give off that kind of energy that’s awesome. If I can do that it will be great for the team."

But Blues supporters now owe a major debt of gratitude to non-League Brackley Town – for it was there that the American star spent a year of his childhood – and where he developed his love for football.

Pulisic was brought up in Pennsylvania but when he was seven his mother, Kelley, got the chance to move to the UK on a teaching exchange in 2005.

The family ended up in Tackley, a small village eight miles north of Oxford.

Aged seven, Pulisic discovered his love of the beautiful game and joined the local club, Brackley Town, whose men's team were playing in the Southern League at the time.

Pulisic, who comes from a family of footballers, had already started to play in the US, but it with the Northamptonshire club where his love of the game grew.

Pulisic told the Daily Mail in 2016: "A lot of people don't realise but it really brought on my passion for the game. 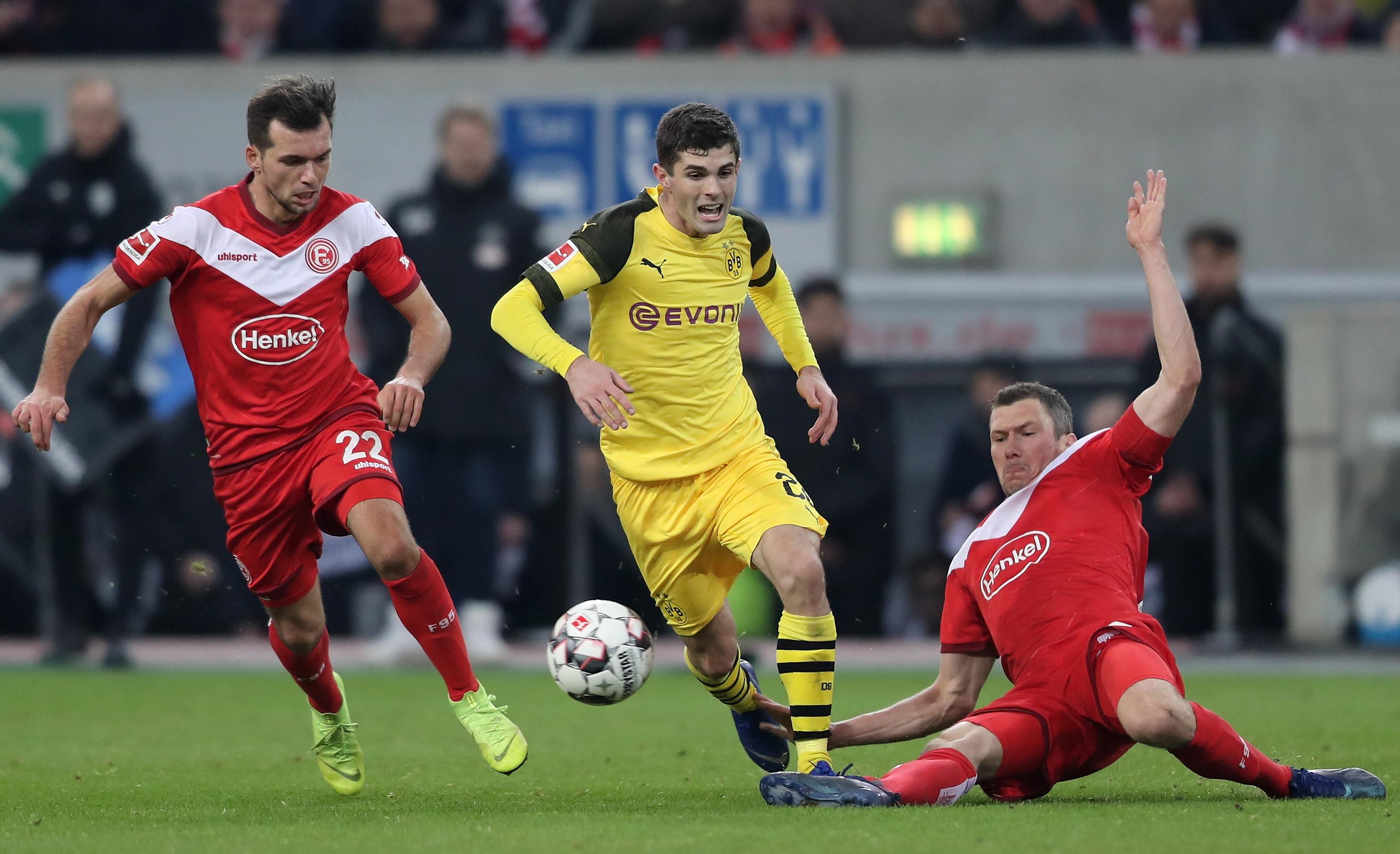 "After school every day, I was just out for hours in the park, playing with my schoolmates.

"That's really where my love for the game started to come alive and that was a big part of my development.

"I just started to love it so much and I said: "Wow. I'm pretty good! I think I can do something with this game."

"We travelled all over and took in all the nuances of what English football is – the craziness outside the stadiums, the chanting inside and signing the songs.

"Christian remembers it to this day. For sure it had an impact in the short time we were there." 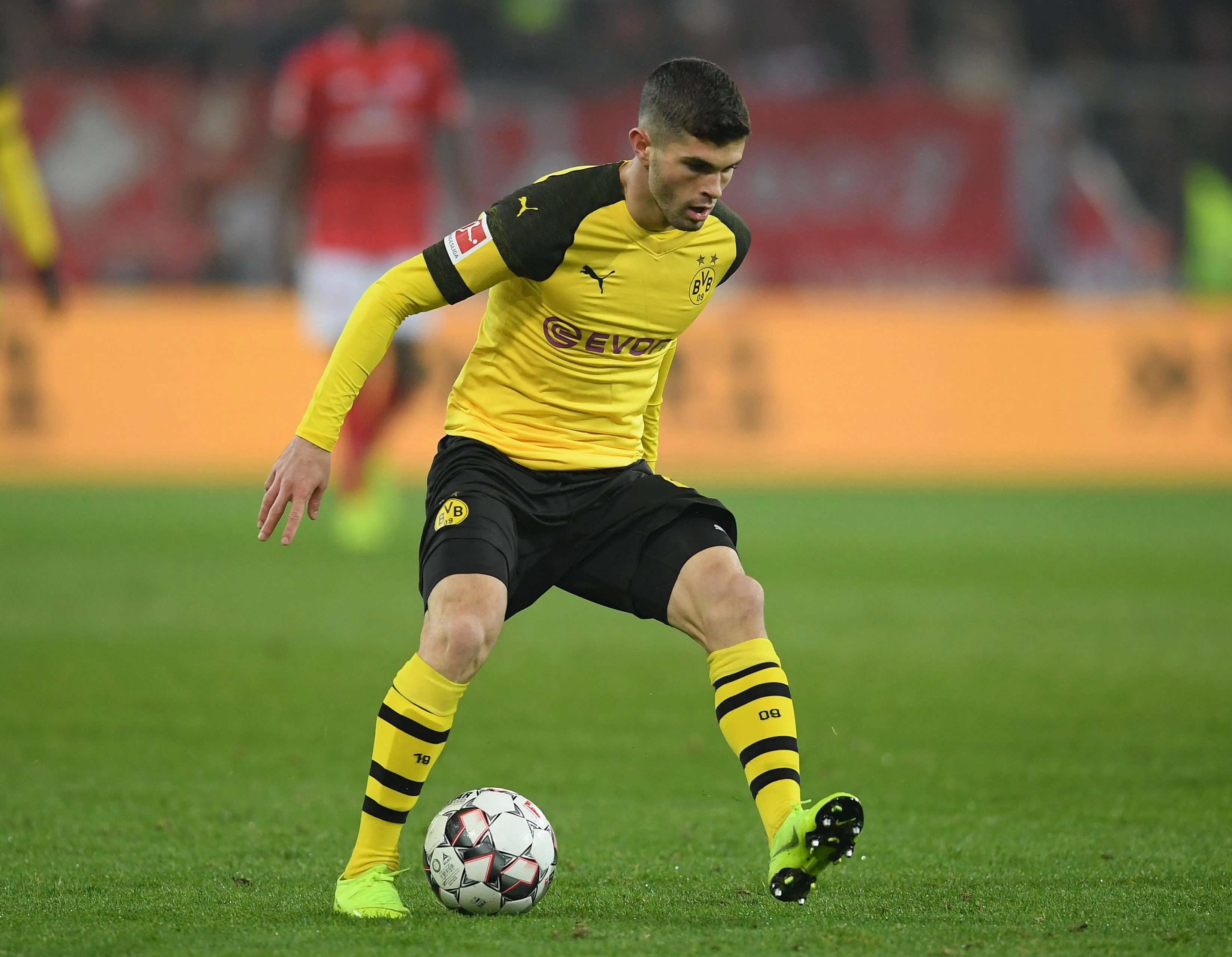 The family went on trips to Anfield, Old Trafford and White Hart Lane during their year in blighty.

After returning to the US, Pulisic continued to develop and became a jewel in the crown of the American system.

But his family always knew the talented teen had to be in Europe if he was to reach his potential.

At 15, his father Mark turned down the chance for Pulisic to join Barcelona's famed La Masia academy, deciding to join Borussia Dortmund instead.

Mark told The Guardian: "When he was 15 and playing in the national sides, he realised he had to make the move quickly for the development of his game. 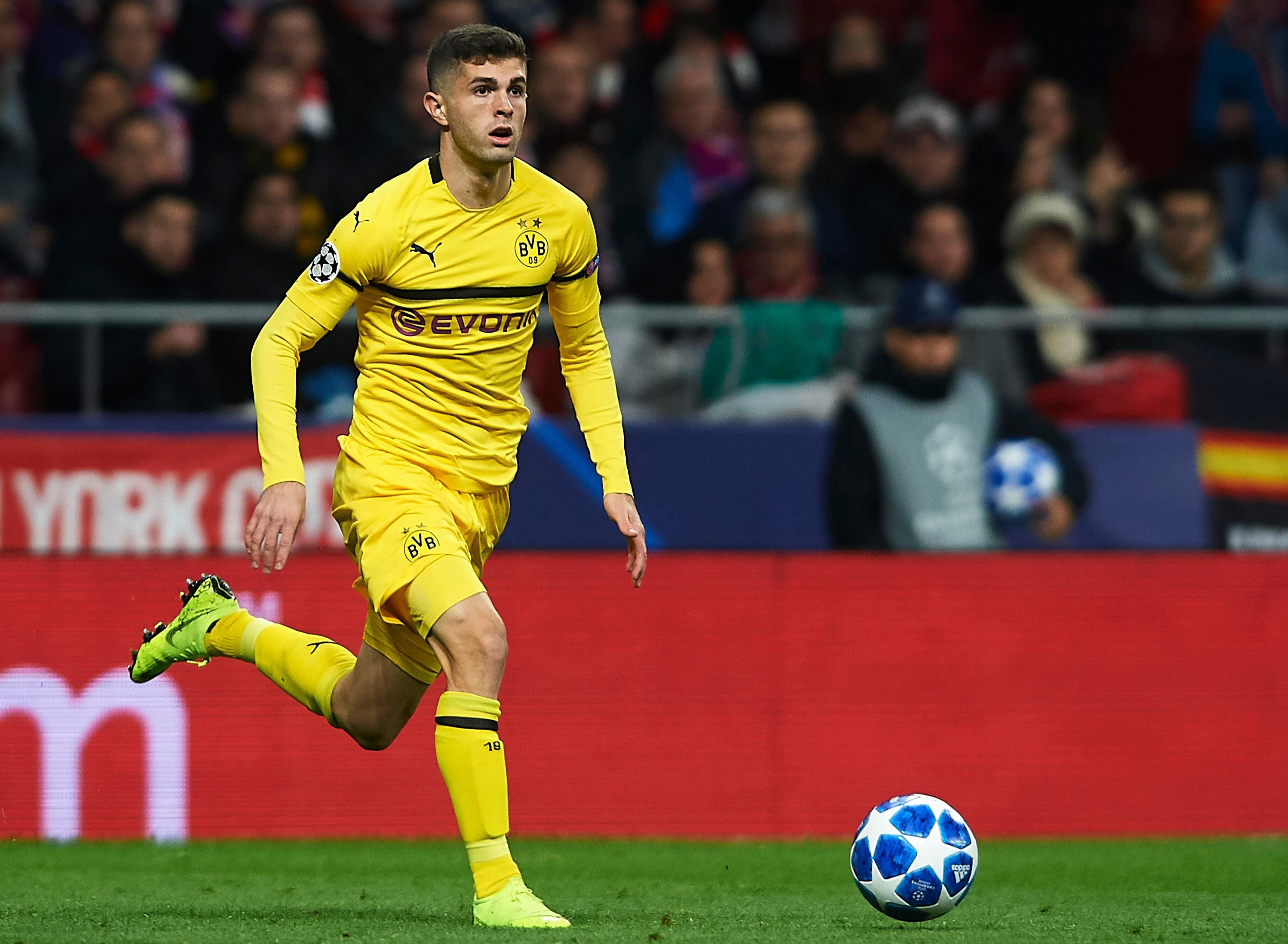 "Once, as parents, we felt he was ready and it was something he wanted, we went to visit Dortmund.

"All of us decided we felt it was the right move and the club was great with us, so we took the plunge. You have to go with your gut feeling."

Mark was just one of a long line of footballers in the Pulisic family.

Both Mark and Kelley had played at the collegiate level in for George Mason University – with Mark going on to play professional indoor soccer for the Harrisburg Heat.

His cousin Will is a goalkeeper and has played for both Borussia Dortmund and USA youth teams – he is currently at the prestigious Duke University. 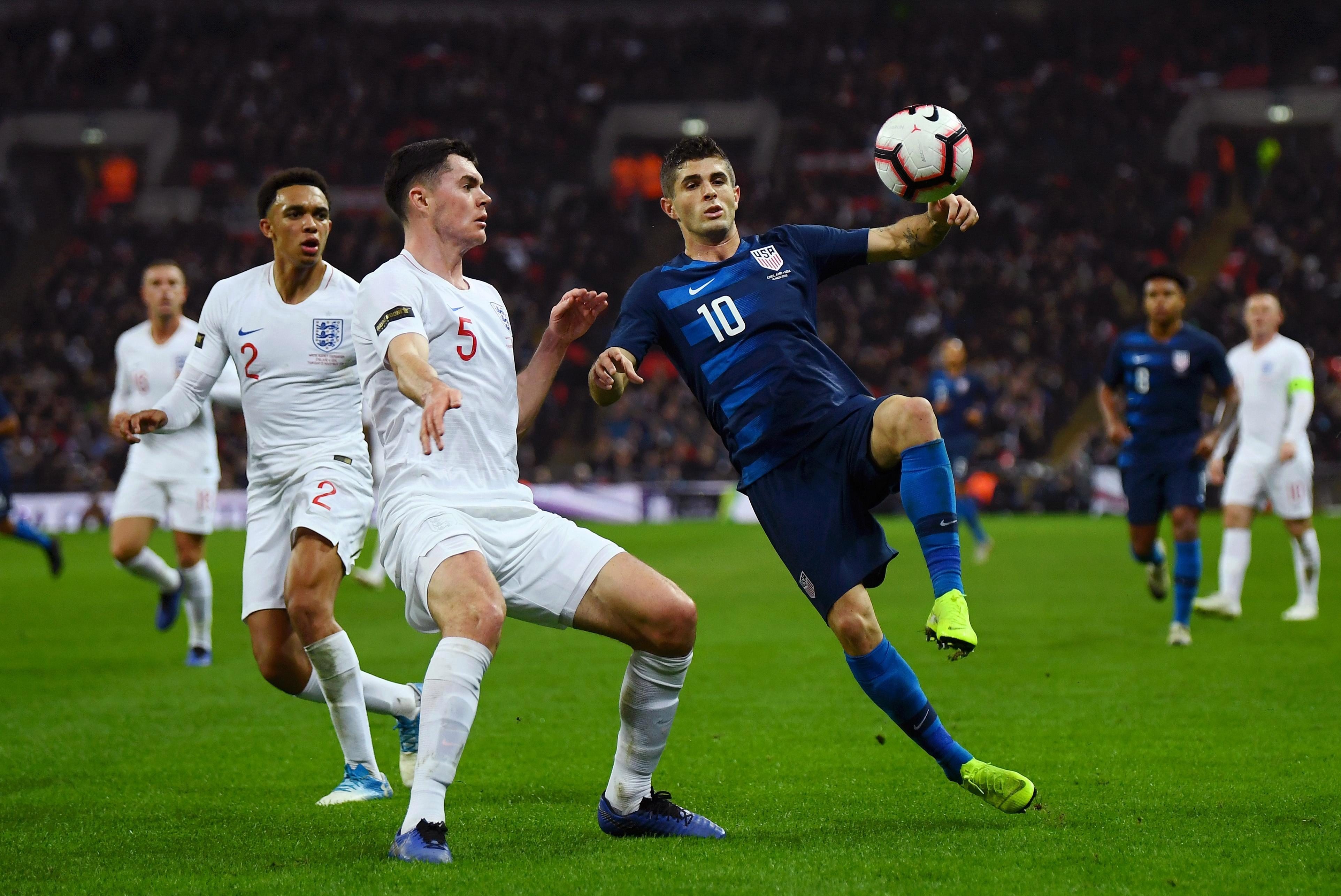 At 17, Pulisic had burst into the Dortmund first team.

After scoring 10 goals and eight assists in 15 matches for the youth team, he was brought into the senior squad in January 2016.

He scored his first Bundesliga goal in April and, at 17 years and 212 days, became the youngest ever non-German to score in the division and the fourth-youngest overall.

Later that month he became the youngest player to score two goals in a single Bundesliga game.

Pulisic had made his USA debut in March 2016 and became the youngest American to score in a World Cup qualifier. 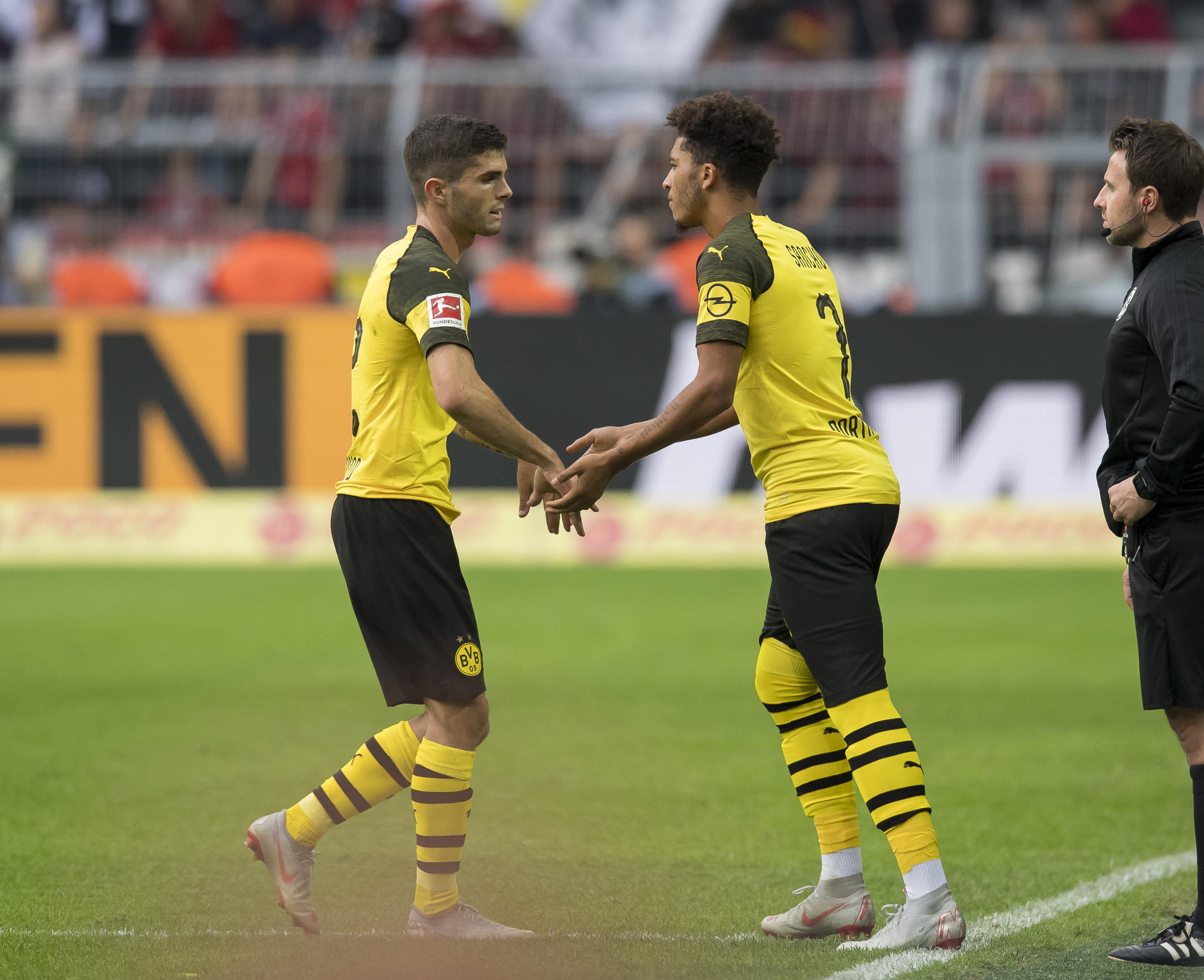 He scored five goals for Dortmund last season and the season before, although this season he has seen his playing time cut.

Jadon Sancho has won some of Pulisic's playing time with his blistering form, while the American has also struggled with a couple of injuries.

But he is still regarded as one of the brightest talents in the game for his age – and Chelsea believe he can develop into a top class player for years to come.

Should he do so, fans should be sure to say a small thank you to Brackley Town.