The UFC fighter, who will take on the legendary Conor McGregor next, filmed the scene and uploaded it to his Instagram story. 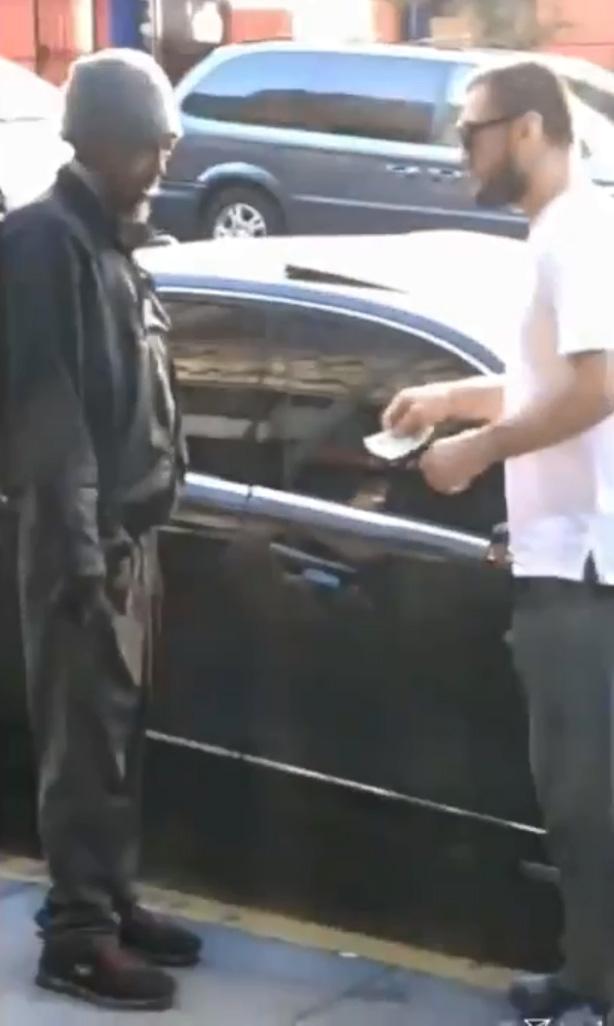 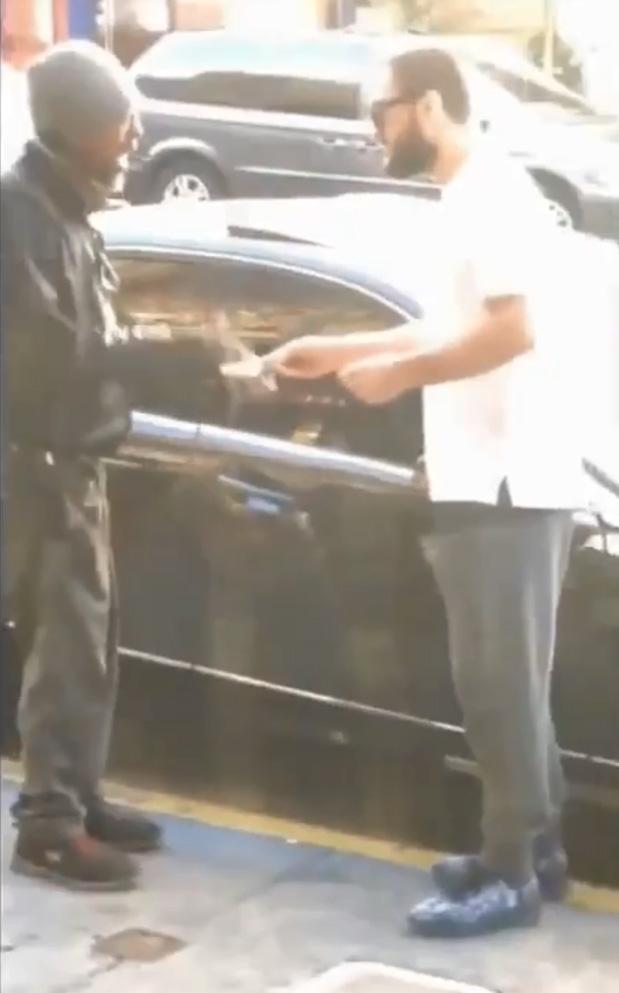 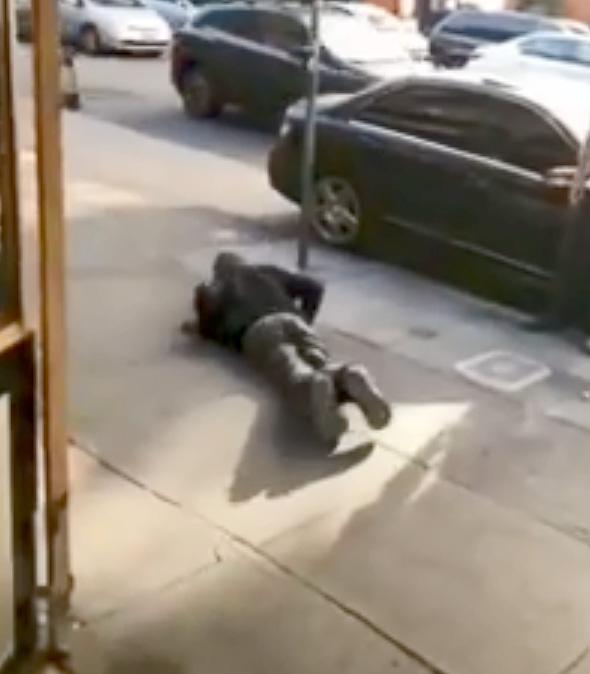 Khabib appears to be in the doorway of a shop, and films his cousin Abubakar Nurmagomedov outside on the pavement.

On the floor is a homeless man who is just finishing up a set of push-ups.

The video then jolts to what appears to be Abubakar taking cash out of his pocket, holding it in front of the homeless man, before snatching it back.

He then instructs the man to do more exercises to win the cash. 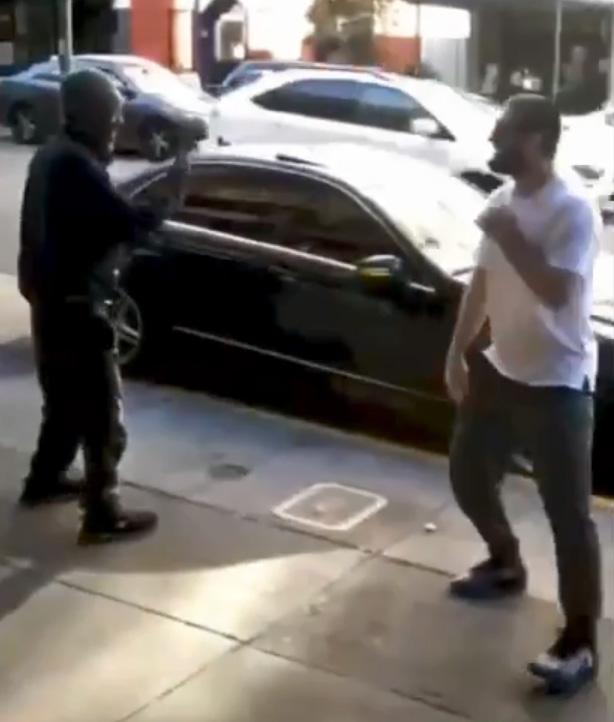 All the while UFC ligbhtweight champ Khabib can be heard laughing as he continues filming.

Twitter account 'The MMA Bible' shared the clip on their page, writing: "Personally we feel it's disgusting and degrading. Especially them constantly laughing at those involved."

However many commentators replied that they didn't see a problem with the video.

One person wrote that it was "an over-reaction" and another said that the laughing was directed towards the press-up actions and not because the man was homeless.

And another user wrote that Khabib "just isn't a bad guy at all".

The clip continues as another man is also offered cash to do some exercises.

Nurmagomedov's showdown with Conor McGregor has been confirmed for October 6 as the main event at UFC 229. 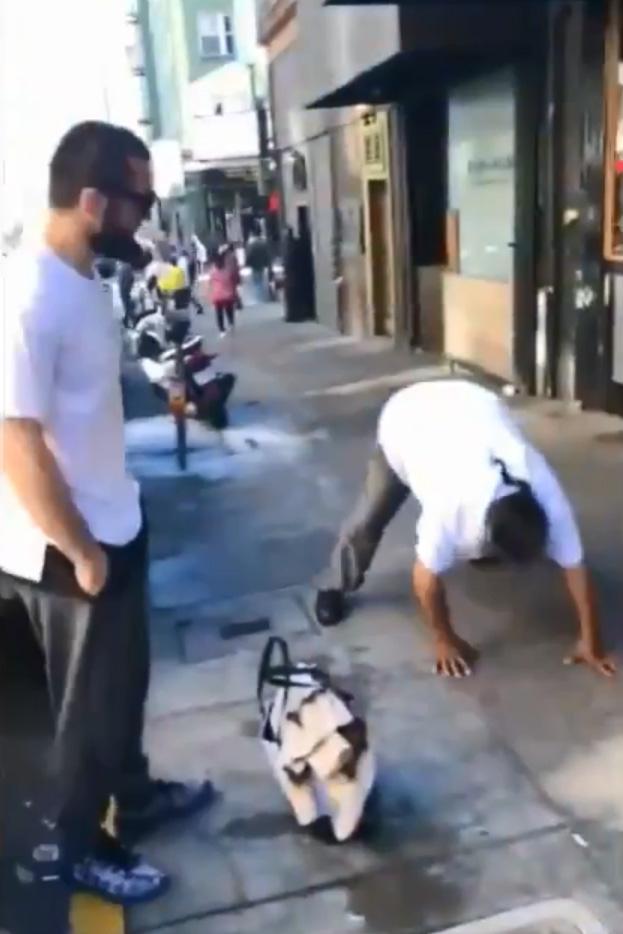 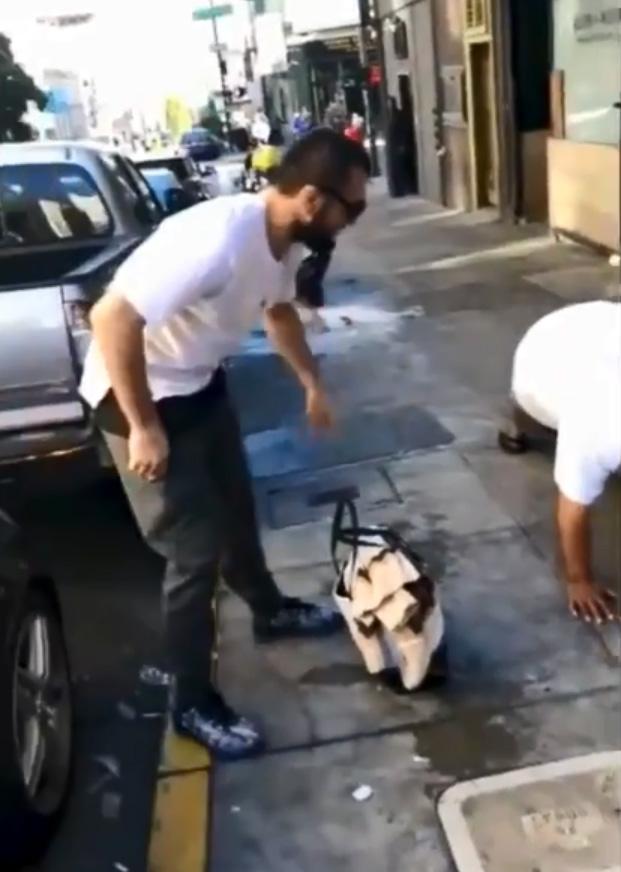 MMA kingpin Dana White revealed the lightweight war was finally agreed on Friday after teasing a crowd at a press conference neither champion or challenger attended.

White said: “They are not here, there was talk and speculation.

“That fight needs to be made. It’s a fight that I feel we will get done.