And it looks like it was the president of winner Nurmagomedov's management agency who sparked the chaotic scenes. 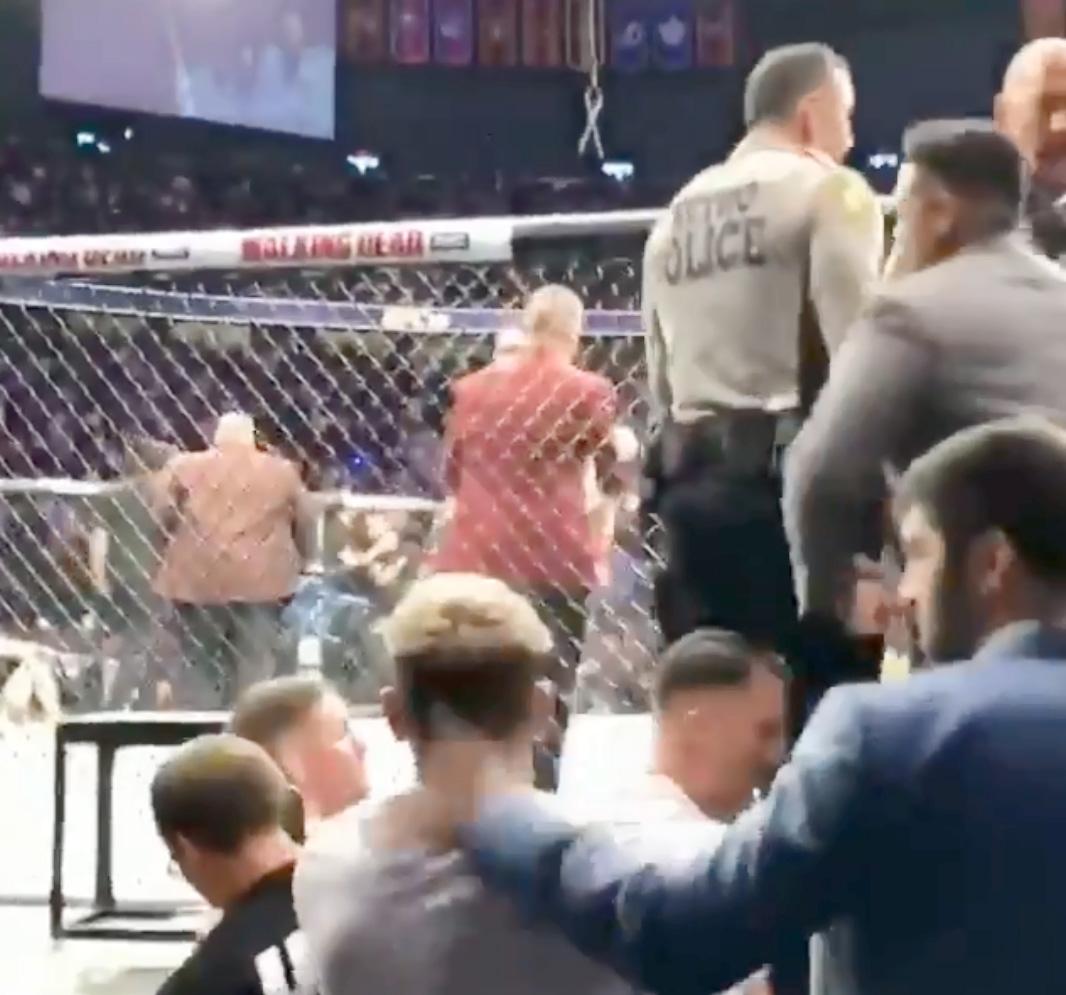 Seconds after McGregor taps out to a rear naked choke hold, fan footage from near the cage shows Rizvan Magomedov walking past.

Wearing a blue suit, he patronisingly slaps McGregor's training partner Dillon Danis – who has denied claims he called Nurmagomedov a "f***ing Muslim rat" – on the back.

The pair then look to become embroiled in a skirmish – which Nurmagomedov notices immediately.

He then rushes out of the cage and launches himself feet first into Danis. 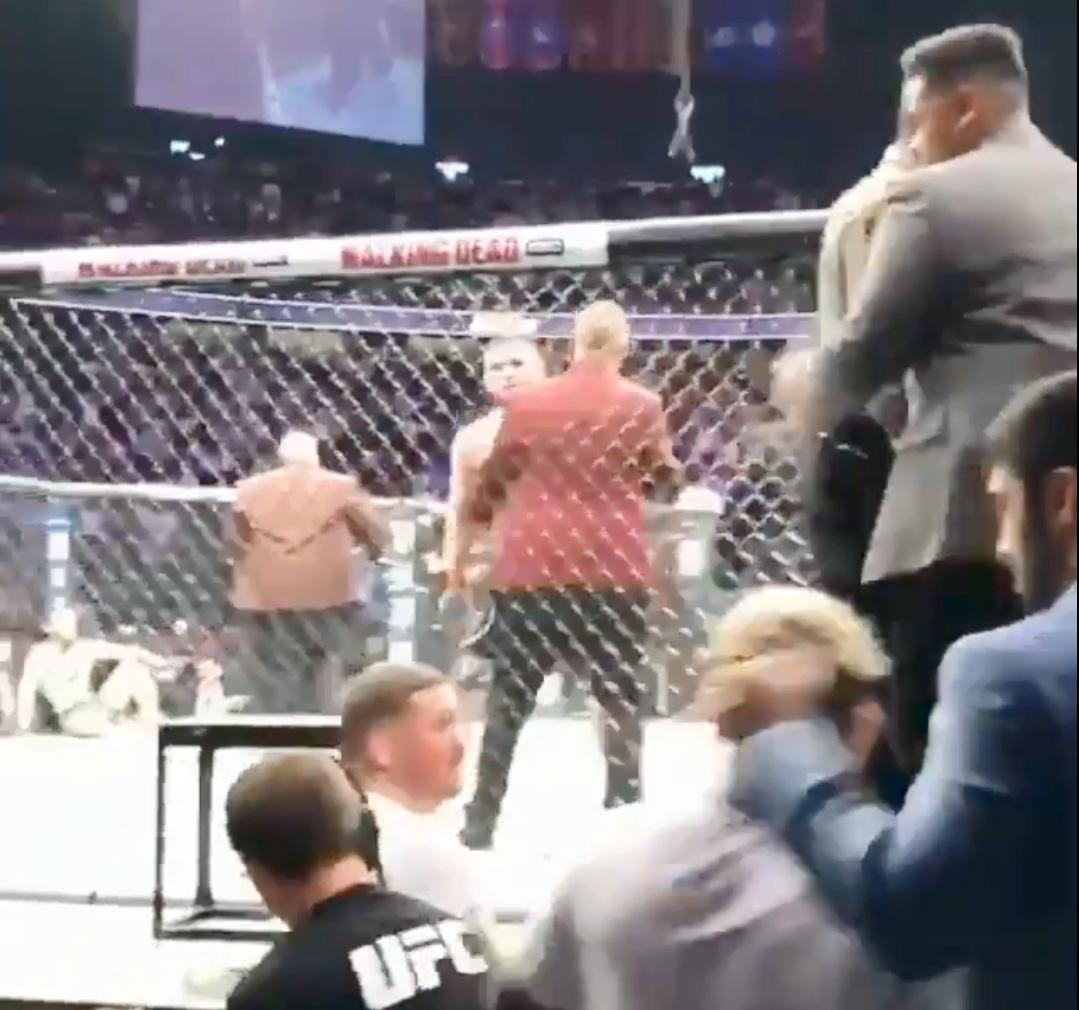 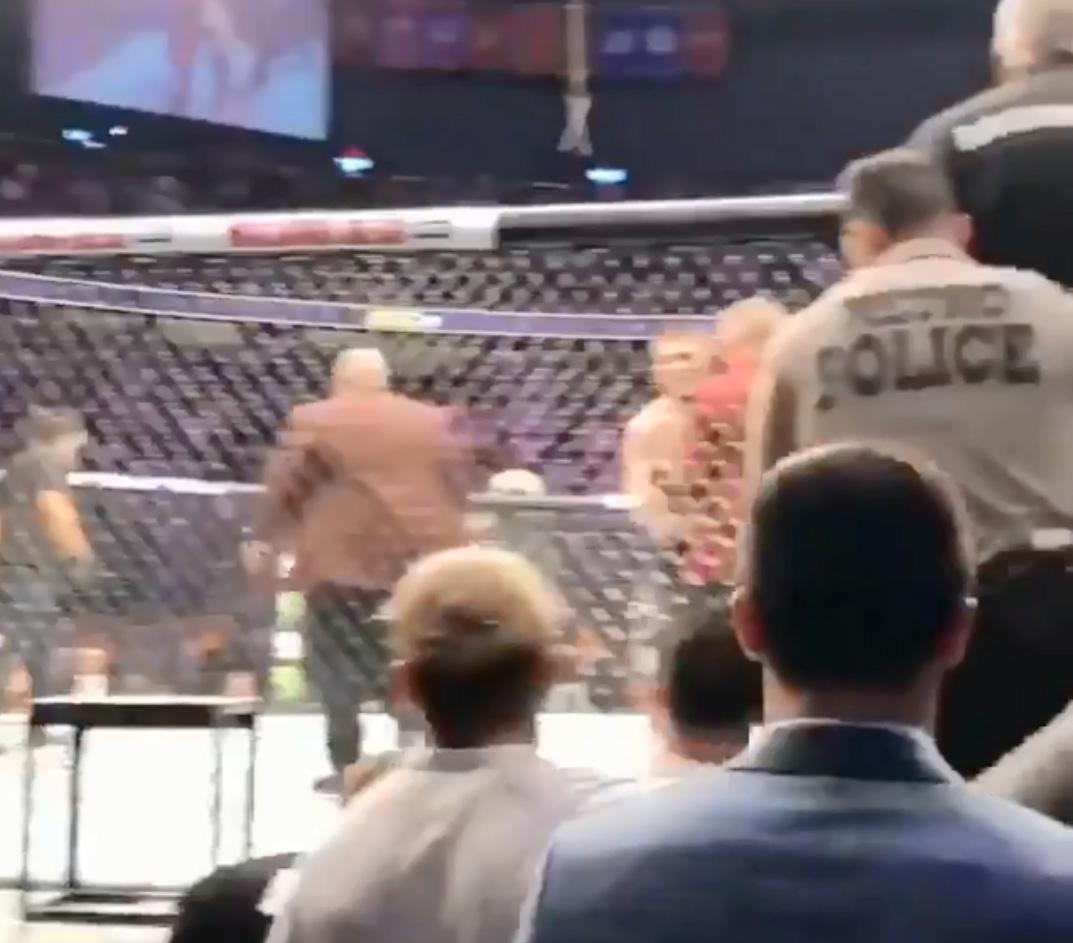 Further footage then shows him throwing punches at Danis – who was reportedly left concussed and bruised after the incident – before police rush in and drag the pair away.

Nurmagomedov has since threatened to quit UFC altogether as the fallout from the UFC 229 tear-up in Las Vegas last weekend continues – with both fighters copping ten-day bans for the scenes outside the Octagon.

Nurmagomedov's team-mate Zubaira Tukhugov has also been threatened with a ban for striking McGregor in the brawl. 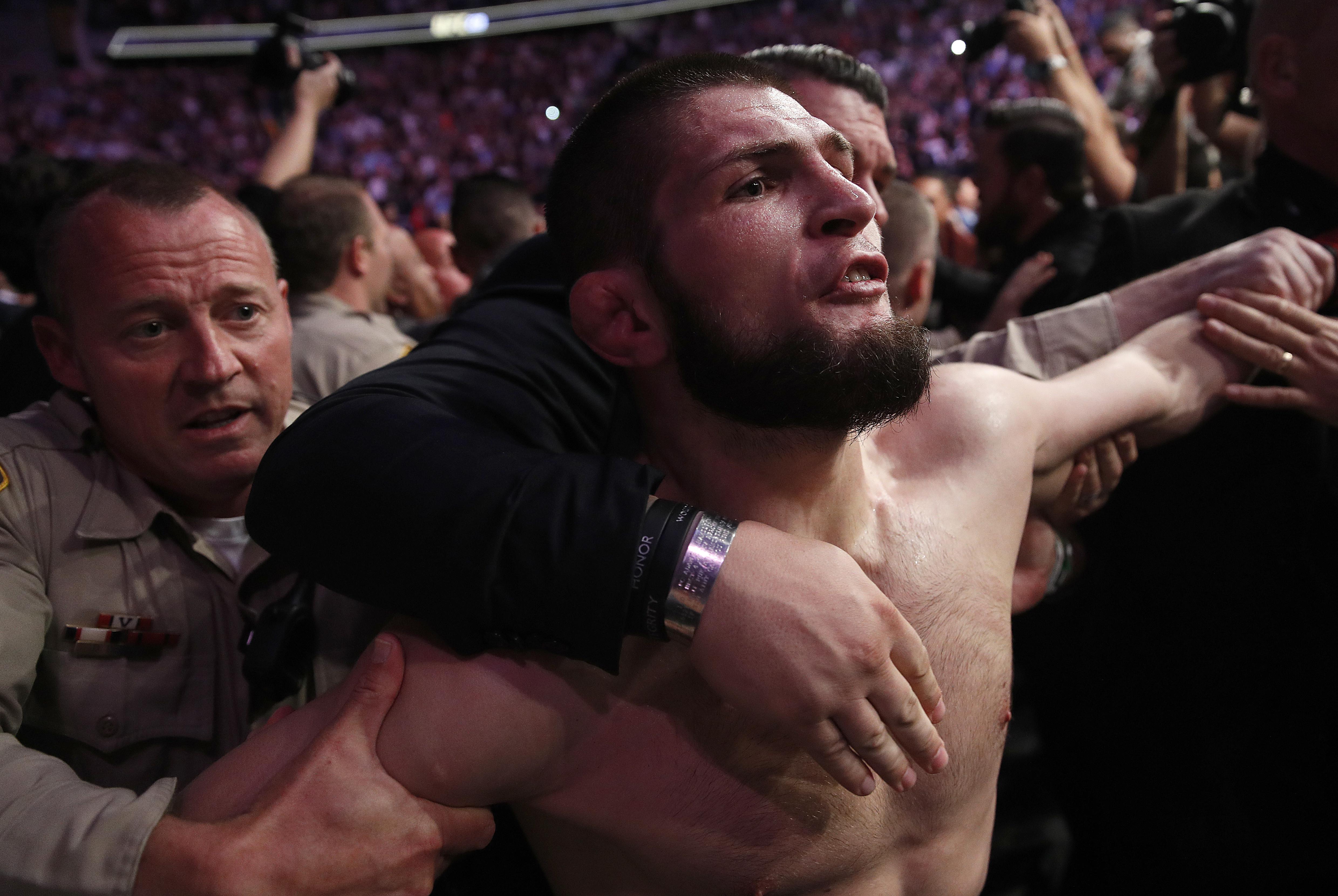 But the Russian says that would be unfair given McGregor attacked his bus in April.

He said: "I would like to address @ufc. Why didn't you fire anyone when their team attacked the bus and injured a couple of people? They could have killed someone there, why no one says anything about insulting my homeland, religion, nation, family?

"Why do you have to punish my team, when both teams fought. If you say that I started it, then I do not agree, I finished what he had started.

"In any case, punish me, @zubairatukhugov has nothing to do with that."