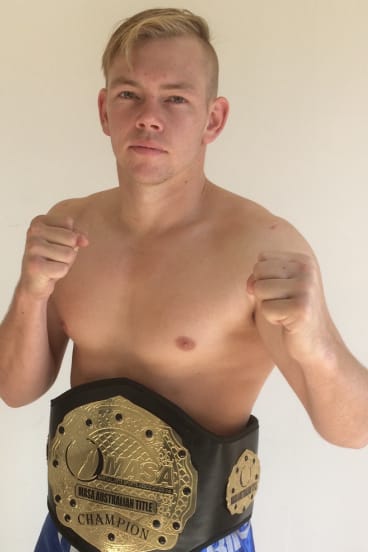 Cooma’s Ben Thompson wants to be on top of the world.

Ben Thompson usually doesn't say too much in the lead up to a fight.

So when he started telling Shane Tipa just how good he felt before he stepped into the ring, his cornerman and promoter knew he was a near certainty to book himself a world title bout.

Thompson claimed the MASA Muay Thai South Pacific super welterweight title with a stunning win over Alex Hudson at the Battle on the Border at the SS&A Club in Albury on Saturday night.

The first round stoppage victory has earned Thompson a world championship shot at the next Monaro Fight Circuit event in Canberra on September 15.

He knows his opponent pretty well too. Bulgarian-born Sydneysider Dimitri Iliev is a man Thompson has fought before. For the record, that one was a second round stoppage in the Cooma product's favour.

But things are slightly different this time around with Iliev opting to take the fight on the condition it was under Muay Thai rules, which utilise the eight-point striking system (punches, kicks, knees, elbows) and the full clinch, rather than the K1 rules they fought under last time.

That won't bother Thompson. If he can put it all together like he did against Hudson, nothing will stand in his way. 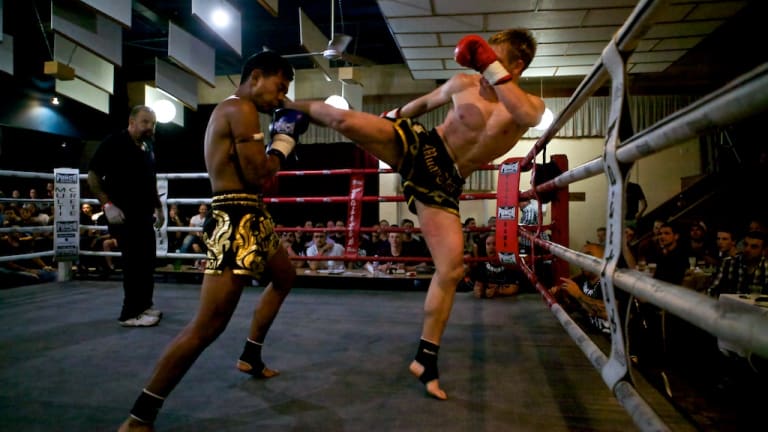 Cooma’s Ben Thompson has got himself a world championship shot.

The 22-year-old had a chance to secure the world title bout back in June but tasted defeat in a fight for the ages, and Thompson left no stone unturned this time around to avoid making the same mistakes.

Hudson took the Thompson camp by surprise when he came out all guns blazing, but he decided to fight fire with fire.

Before long the referee was jumping in to wave it off, and Thompson had booked himself a world championship shot.

Monaro Fight Circuit promoter Tipa has confirmed Thompson will face Iliev with gold on the line in front of a parochial adopted hometown crowd.

"He put it all together. If he can put it together like that in September, it won’t matter who he fights," Tipa said.

"He’s in a good place at the moment, he will be heard to beat. It will be a good fight though."

Thompson's bout with Iliev will headline MFC 29 at The Rex Hotel in Canberra with Tipa already locking in a stack of undercard fights.

A South Pacific championship win is only a stepping stone for Thompson, who will continue to punch through long days as a spray painter before driving to Canberra for training about five times per week.

Before Iliev can turn his attention to a showdown with Thompson, he will make his professional boxing debut against Canberra's Abe Archibald at Capital Fight Show 15 on August 18.