The Juventus superstar tussled with Jeison Murillo during the first half of their Champions League clash. 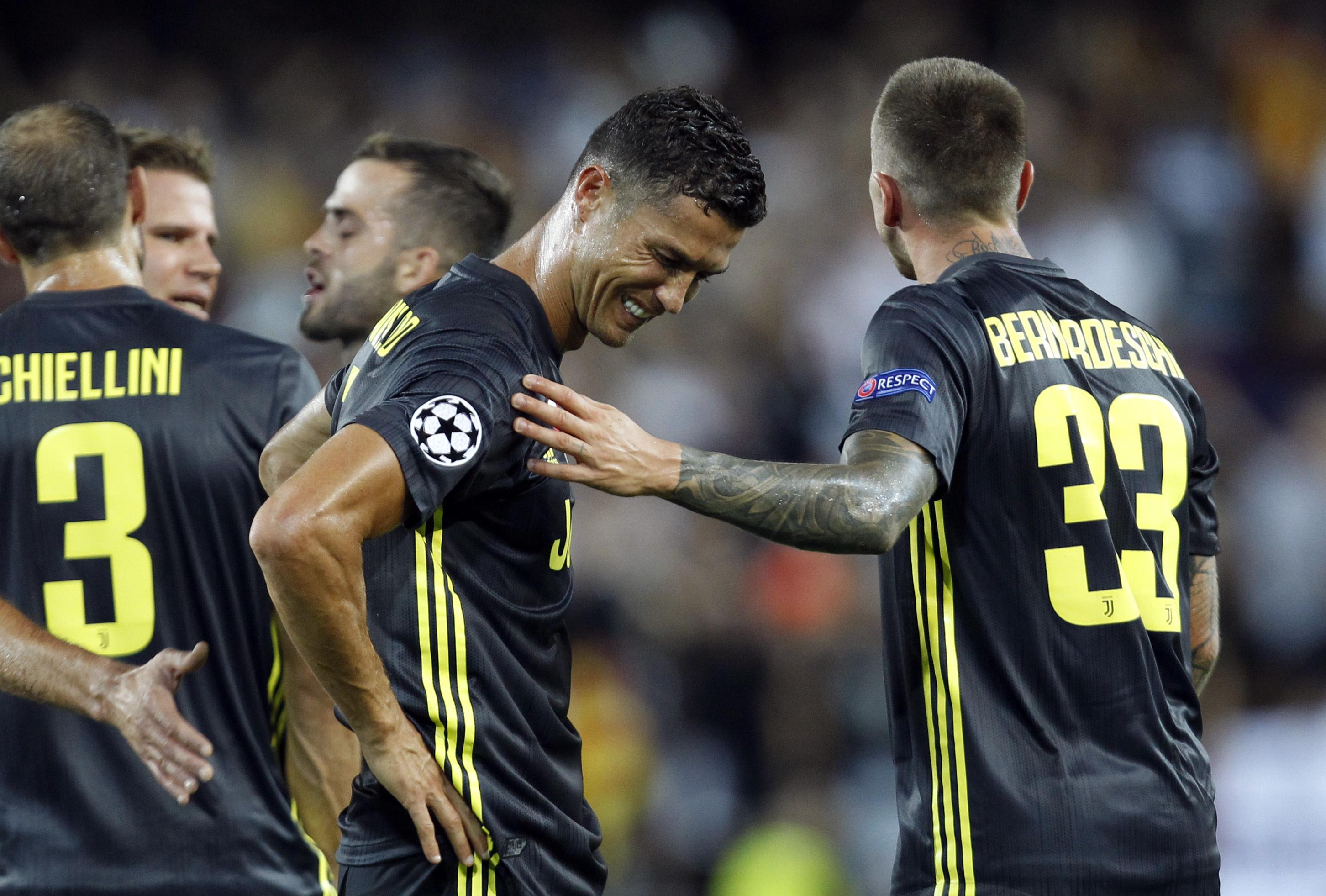 Contact looked minimal but Ronaldo was sent off – his first ever red card in Europe's top competition in his Champions League game for Juve.

And his incredulity at what happened was expressed in what he is believed to have told officials as he left the pitch.

Respected journalist Juan Furlanich tweeted what Ronaldo is understood to have said.

Ronaldo will miss the clash with Young Boys, and could be ruled out of one or both of the games against Manchester United depending on the length of his ban. 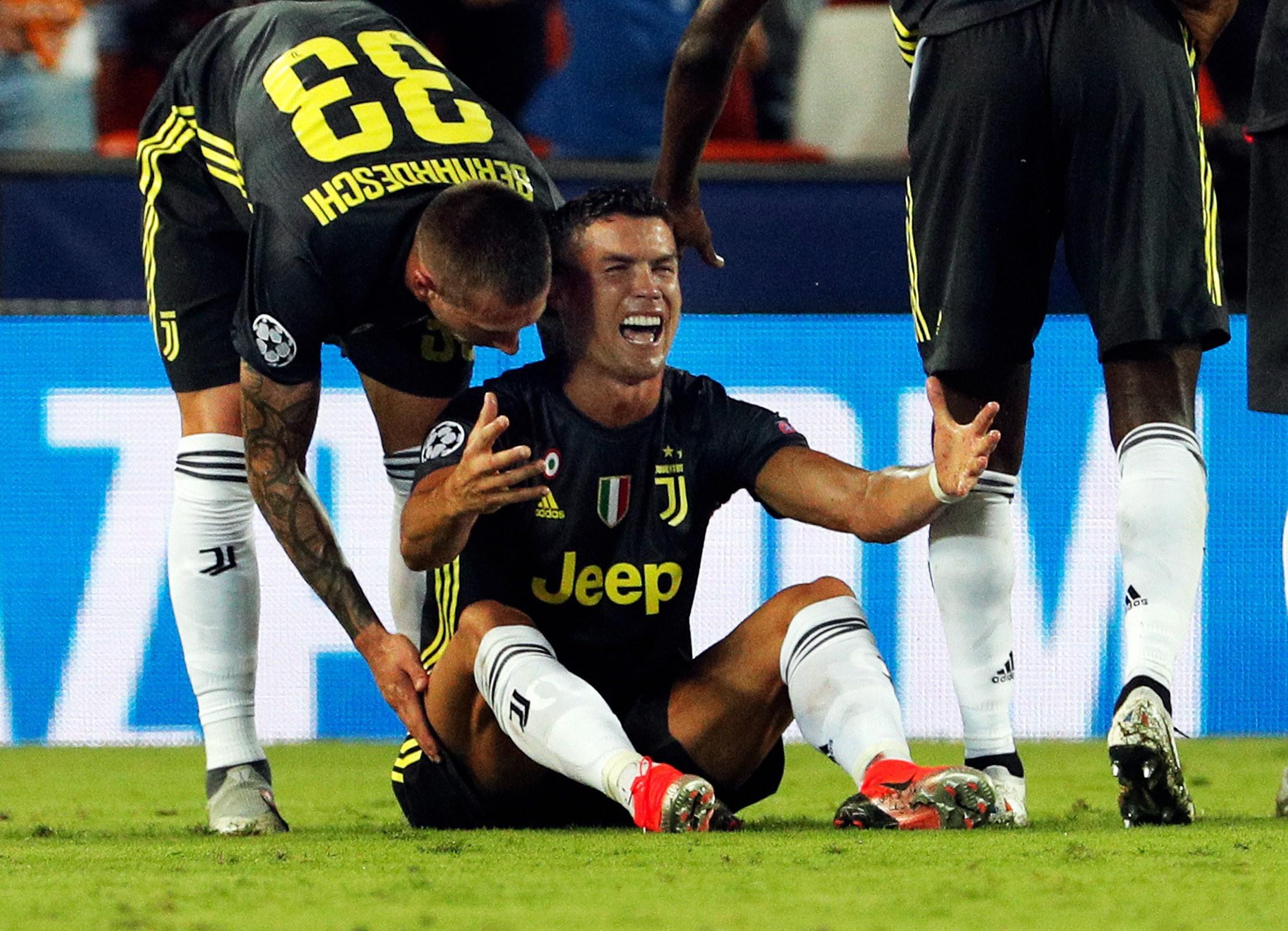 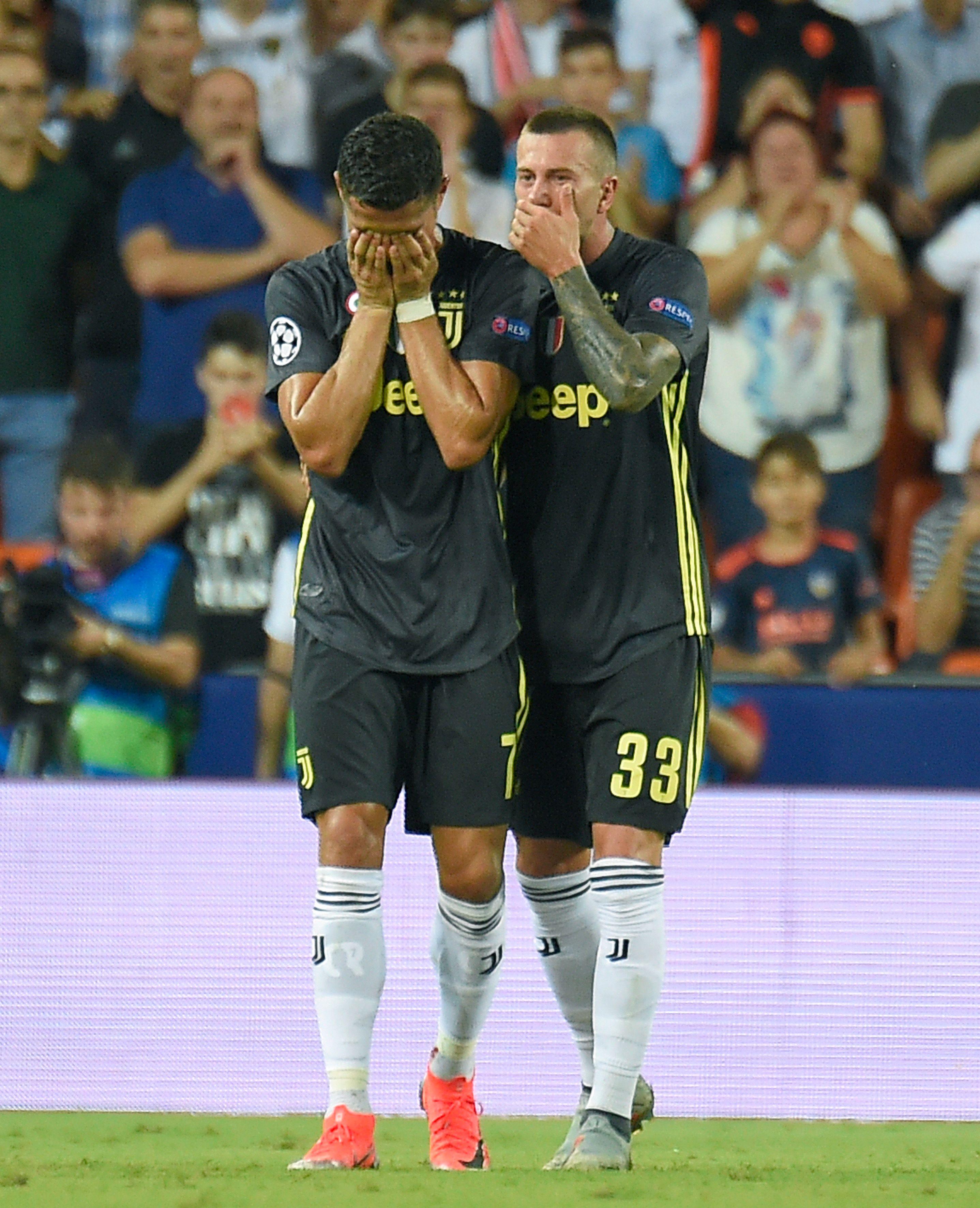 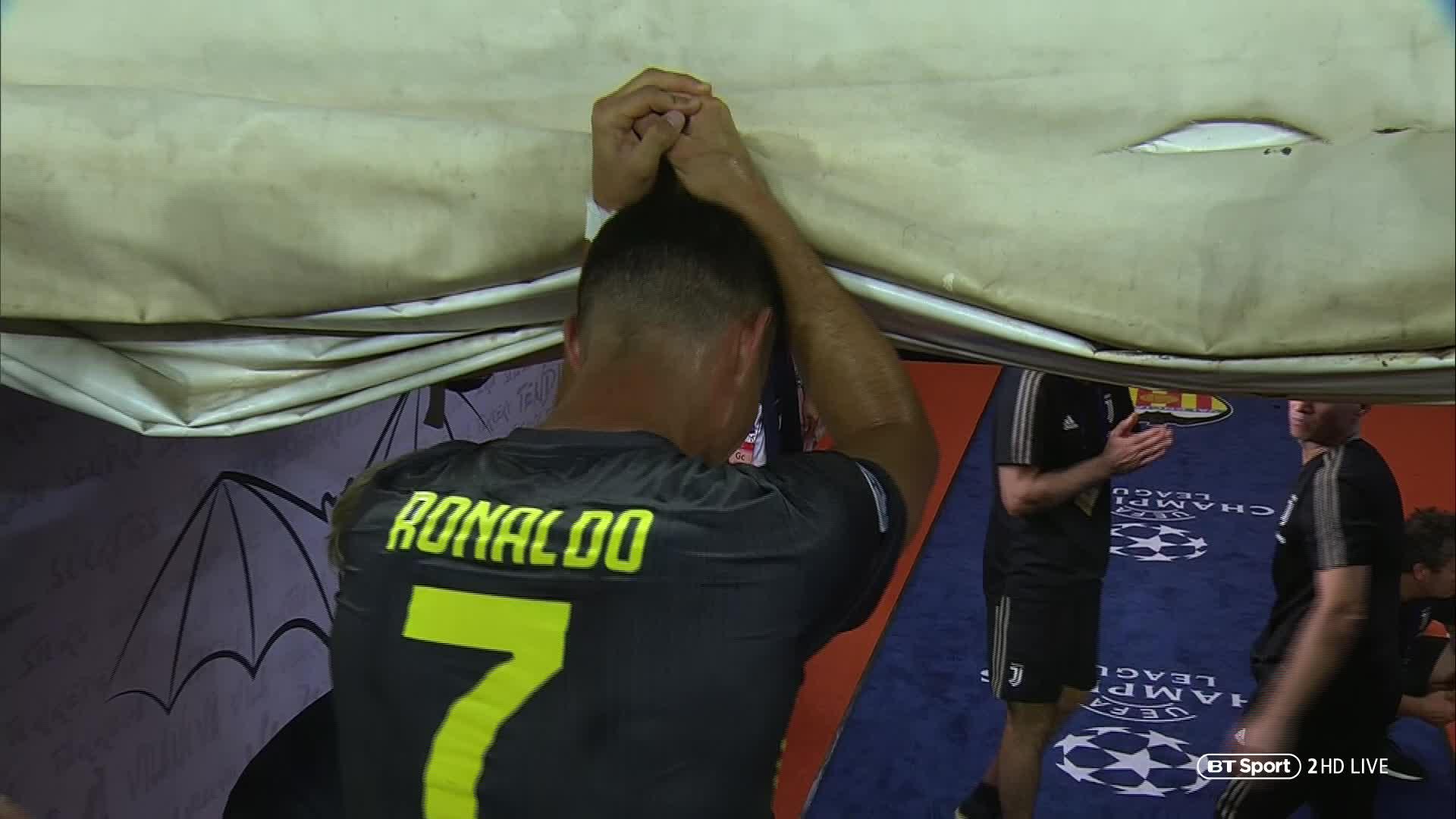 The red card from referee Felix Brych appeared harsh but he discussed it with his assistant behind the goal before committing.

Going down to ten men did not affect the Serie A champions too much though as they raced into a 2-0 lead thanks to two goals from Miralem Pjanic.

This was Ronaldo's 11th red card of his career.

Former Manchester United defender Rio Ferdinand said on BT Sport: "I think he's got room to appeal – it's a one-game ban, not a three-game ban. 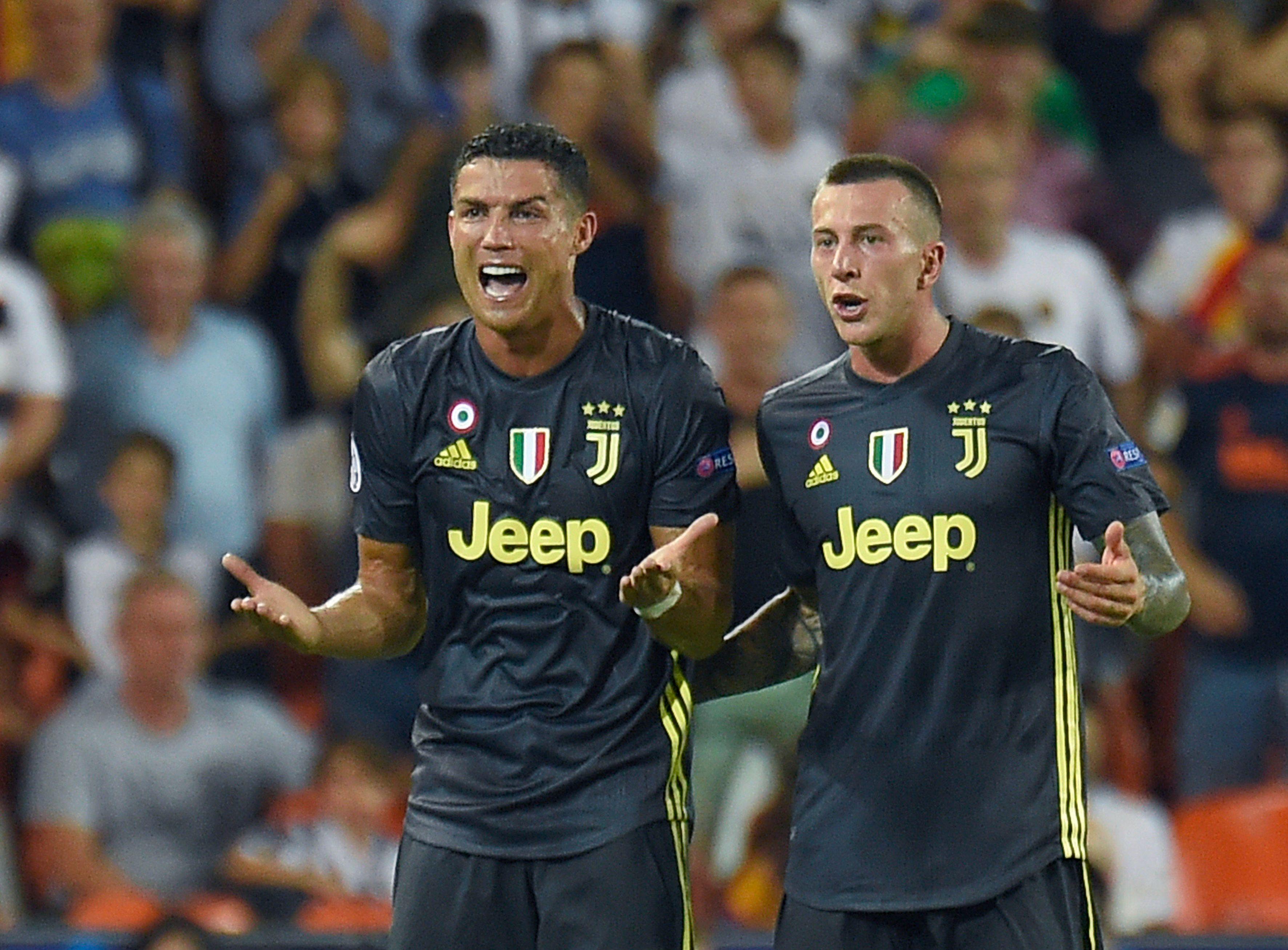 "Cristiano can be temperamental, he could bite at things some times in the dressing room."

But his ex-Red Devils team-mate Paul Scholes disagreed, saying: "You can't do that."

Scholes added: "It’s a tough one to appeal. It looks like he has a couple of nibbles, a kick there, raises his left elbow."