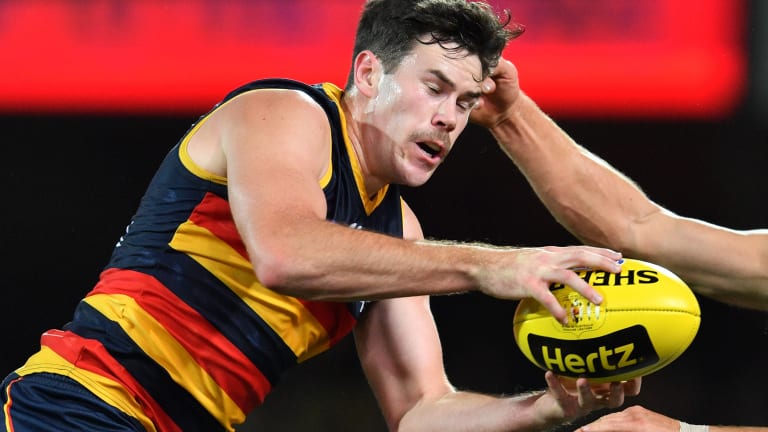 Young Adelaide star Mitch McGovern has walked out on the club, demanding to be traded despite having two years left on his contract.

Fairfax Media revealed in June this year that McGovern was unhappy at the Crows and was seeking a trade to a Victorian club.

Adelaide’s head of football Brett Burton said the club would entertain a trade for an appropriate level of compensation.

“We are open-minded and happy to explore the options available with Mitch and his manager,” Burton said.

“However, the needs of the club will be held as a high priority in any possible negotiation, especially given he is a contracted player.”

Carlton appear to be in the box seat to attain the 23-year-old and have spoken to his management.

McGovern was in hospital on Monday for minor surgery on his ankle.

He was due to have his exit meeting with coach Don Pyke on Friday, although it is unclear whether that will go ahead.

In June Fairfax Media reported that McGovern had sought to move club's during last year's trade period despite agreeing to a three-year contract extension in late August, because he felt the Crows had short-changed him in the deal.

It’s believed McGovern had agreed to the Adelaide deal because the club said it had no more room in its salary cap.

The Crows then signed Bryce Gibbs from Carlton in a deal worth more per season than McGovern.