The Liverpudlian appeared to damage his right shoulder during the contest and he lasted four rounds before deciding to throw in the towel. 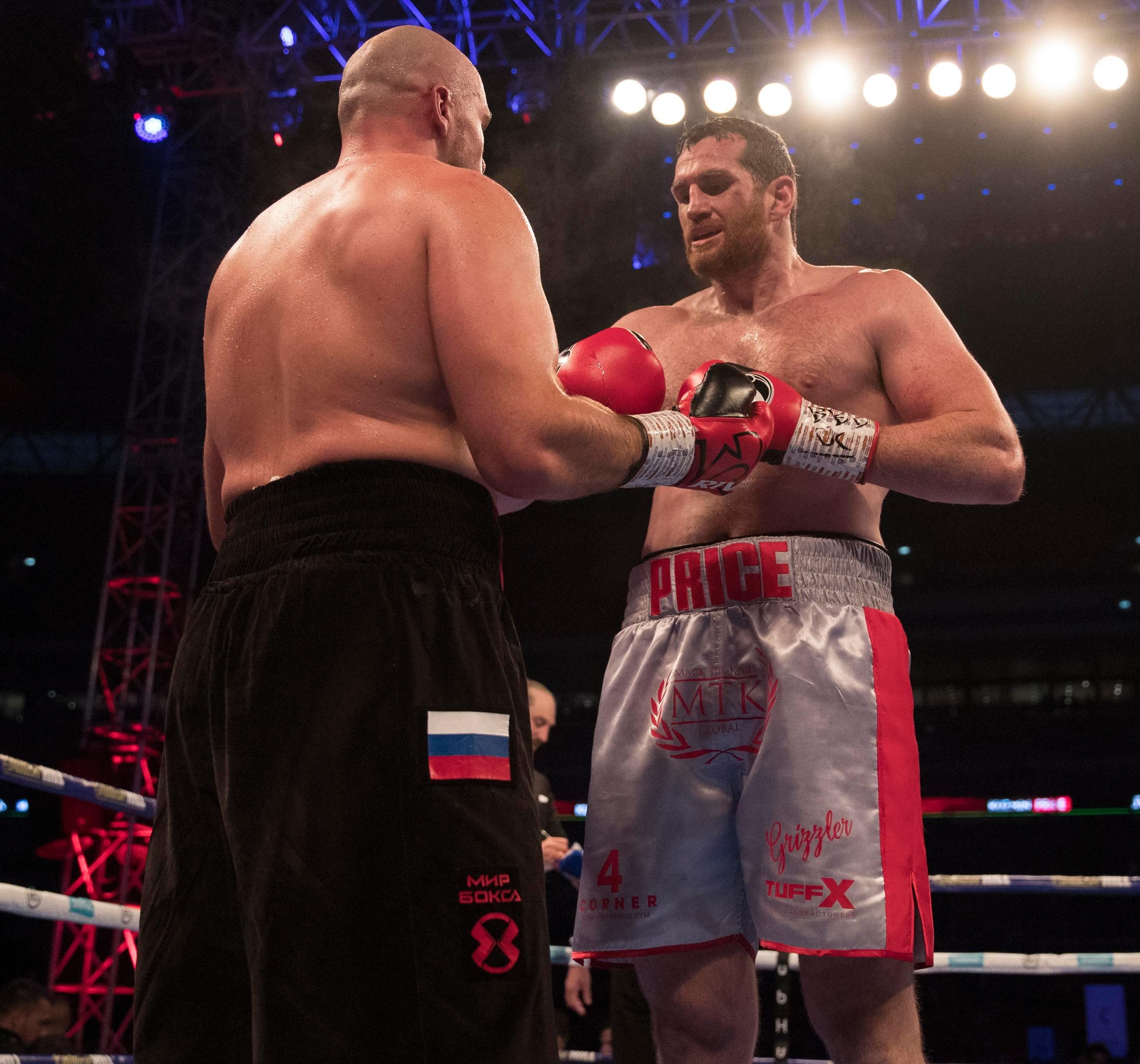 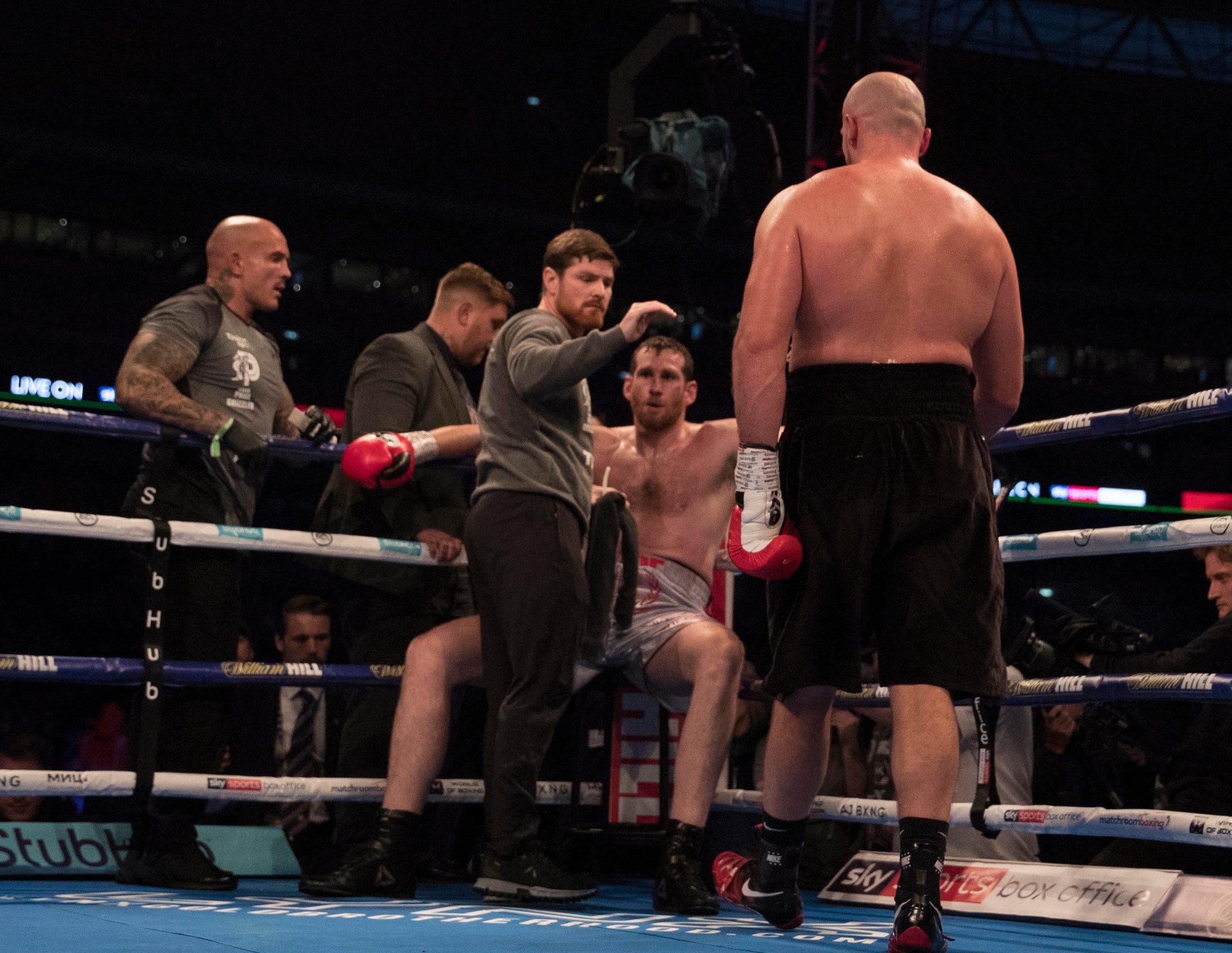 Looking down and defeated, Price headed out of the Wembley ring with his arm in a sling before revealing he had been battling a slight muscle tear in the build-up to the fight.

Sitting with an ice pack on his shoulder, he told Sky Sports after the fight: “I've had a slight tear in the bicep the last few weeks.

"We had to take the fight, and take a chance.

"At the end of the fourth round, it was barely movable. 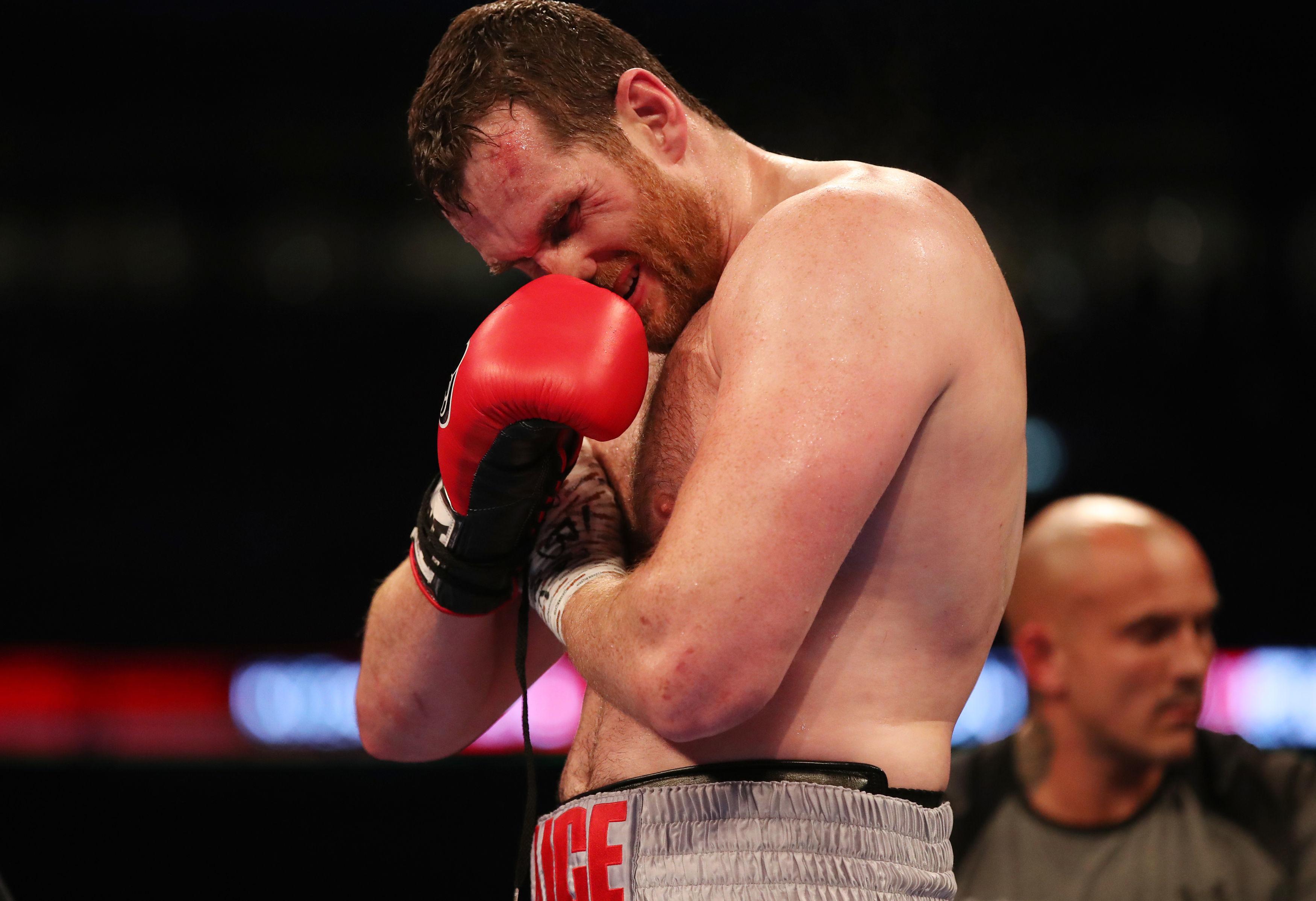 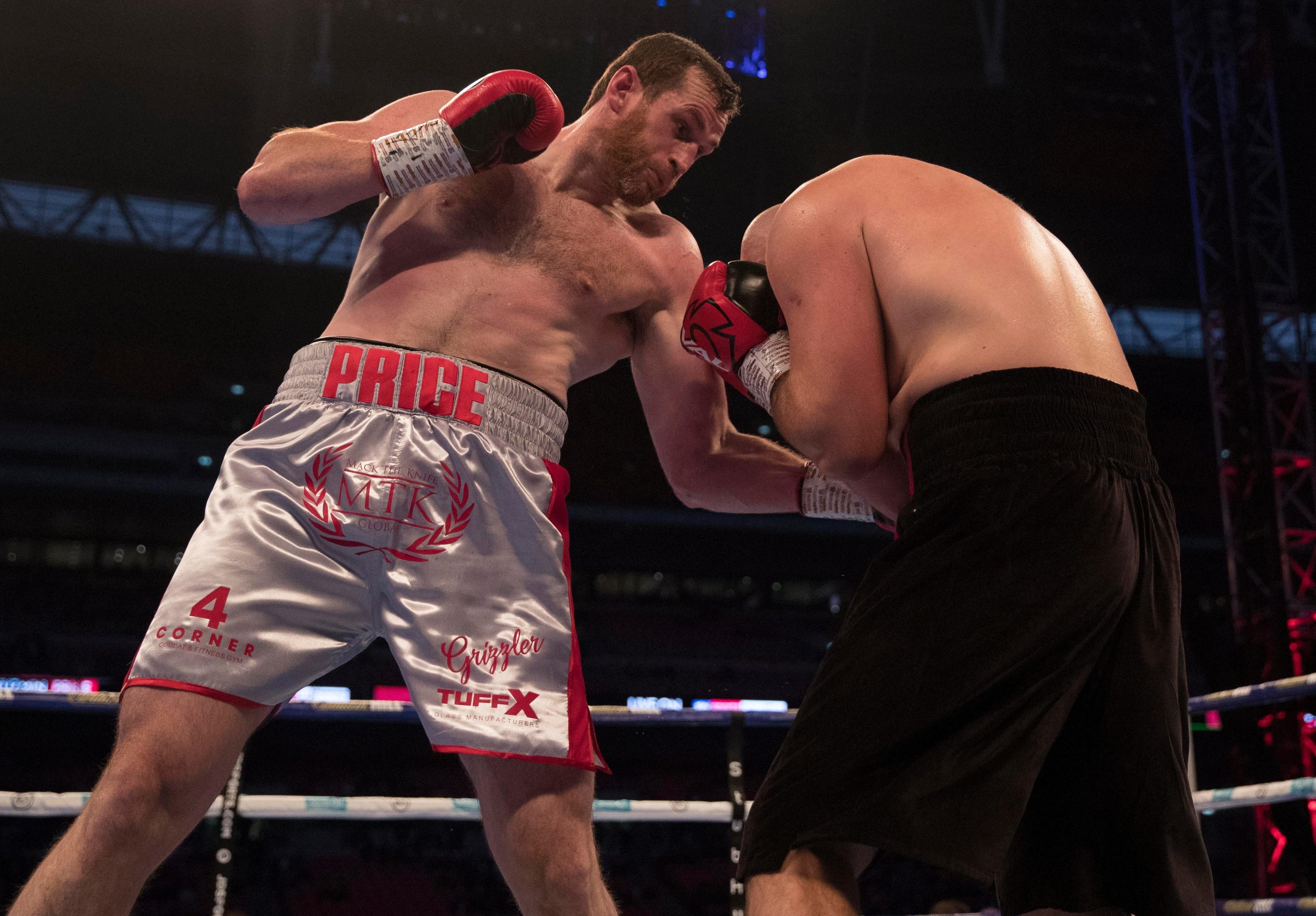 "It's really frustrating. I would love the opportunity to fight him again with the right preparation."

He headed into the Wembley showdown looking to get his career back on track following a brutal loss to Alexander Povetkin in March.

But Kuzmin was another tough test who boasted a record of 12 wins from 12.

The rain-soaked Wembley crowd roared Price into the fight and showed their voice after he threw a couple of early combinations to boost his confidence. 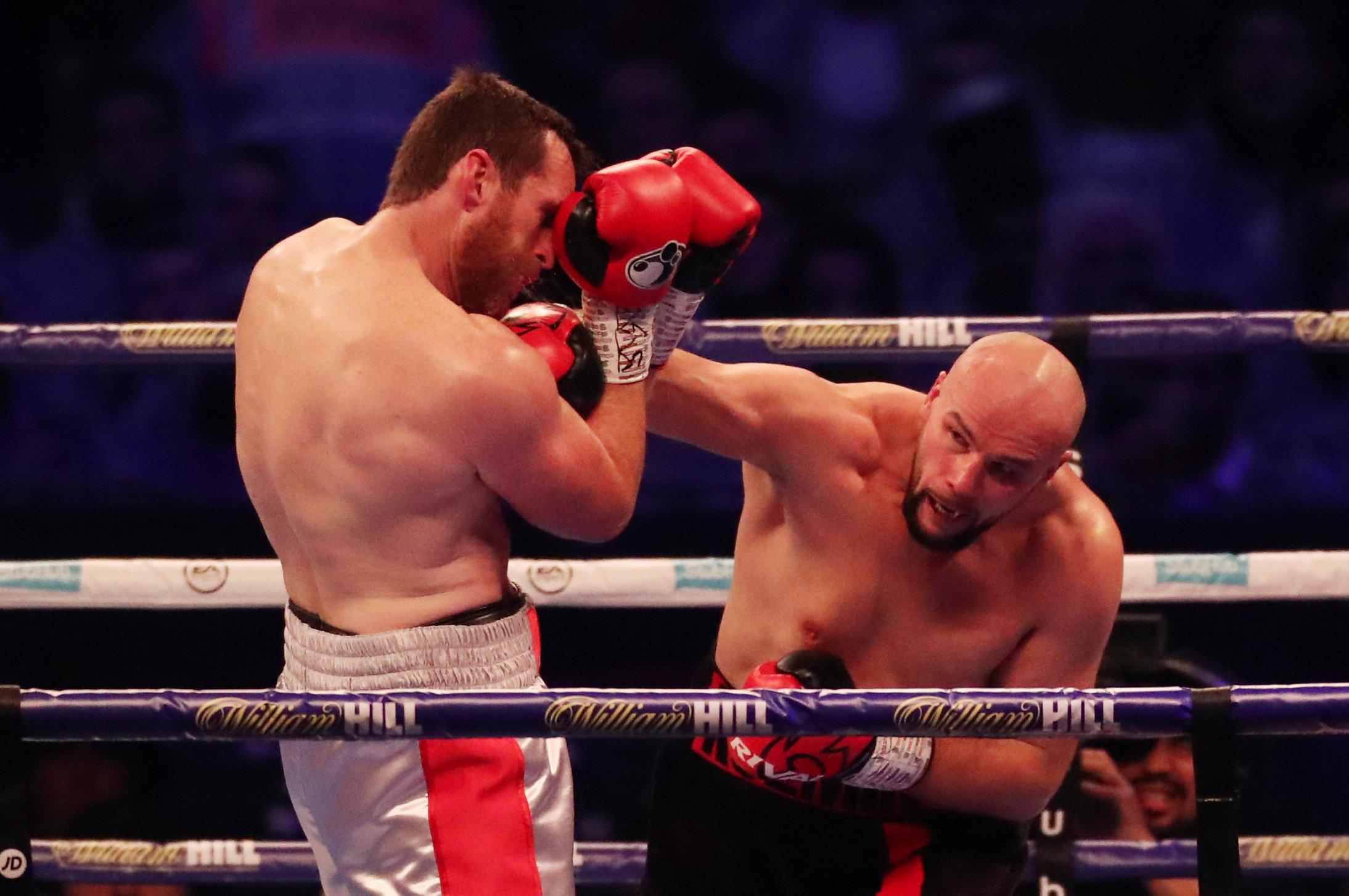 But he was given a reality check early on in the second when Price was caught with a shot to the body and jab to the face before feeling the force of undefeated Kuzmin who landed a vicious right hook on his chin.

The third round turned into a slog fest with both fighters going hammer and tong. Price showed he wasn’t there on merit as he tested Kuzmin’s chin with powerful punches of his own.

But his early momentum began to unravel in round four when Price began to tire and Kuzmin could smell blood.

The Russian started to pick him out as Price’s early punches began to slow and the Liverpudlian headed back into his corner.

And that was the last of the action before the referee awarded the win to Kuzmin.

That’s now three defeats in his last four for Price and he may now need to re-consider his future.