Melbourne have dropped veteran defender Bernie Vince for their crucial clash with Sydney on Sunday, while the Swans have welcomed back key ball-winner Dan Hannebery from injury.

It is the second time in 2018 that Vince has been dropped. Demons coach Simon Goodwin omitted him from the side that lost to St Kilda in round 15. He returned in round 17 against the Western Bulldogs and has played every game since.

The former Adelaide player has been replaced in the Demons side by speedy half back Jayden Hunt, while key position player Cam Pedersen has replaced the injured Joel Smith.

Sydney regain premiership winning midfielder Hannebery for his first game since round 16. The 27-year-old has battled a groin injury all season and was this week linked with an off-season move to St Kilda. Daniel Robinson has been omitted.

Sydney coach John Longmire said the three-time All-Australian Hannebery was physically primed for the match after a tough season managing his body.

“Hanners has had a really good, strong week at training and trained really sharply during his last session so it is great to have him back in the side,” Longmire told the club website. 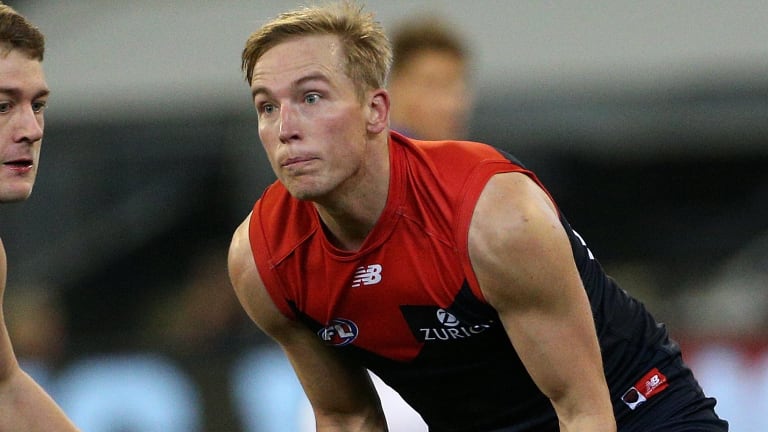 Vince has been dropped again and he is out of contract at season’s end.

Meanwhile Shaun Higgins returns for North Melbourne's game against the Western Bulldogs after he missed the round 20 win against Brisbane through injury. He comes in for former Dog Nathan Hrovat (omitted).

The Bulldogs have included goalkicker Billy Gowers in their side, replacing Roarke Smith (rested) for what will be defender Dale Morris' 200th game.

Carlton and Fremantle will finish the round at Optus Stadium in Perth and there's finally some good injury news for the Blues.

Matthew Kreuzer has returned to the side after he experienced a raised heart-rate prior to the club's round 17 loss.

Jack Silvagni and Sam Kerridge will also play with Kreuzer, the trio coming in for Matthew Kennedy (ankle), Nick Graham and Cam O'Shea (both omitted).

The Blues confirmed that midfielder Kennedy would miss the rest of the 2018 season due to the ligament damage he suffered in his ankle at training earlier in the week.

Interestingly, ruckman Matthew Lobbe retains his place in the side as Kreuzer comes in.

Their opponents Fremantle have made a massive five changes. One of them will be a debut to 2017 AFL draft pick no.73 Sam Switkowski.

He joins the side along with Taylin Duman, Tommy Sheridan, Ryan Nyhuis and Stefan Giro.

Going out of the Fremantle team is Andrew Brayshaw, Darcy Tucker and Stephen Hill (all injured) and Brandon Matera and Mitchell Crowden (both omitted).