Just 24 hours after she became the first Brit — male or female — to do a European sprint double, she added the 4x100metres title to her  Berlin medal haul. 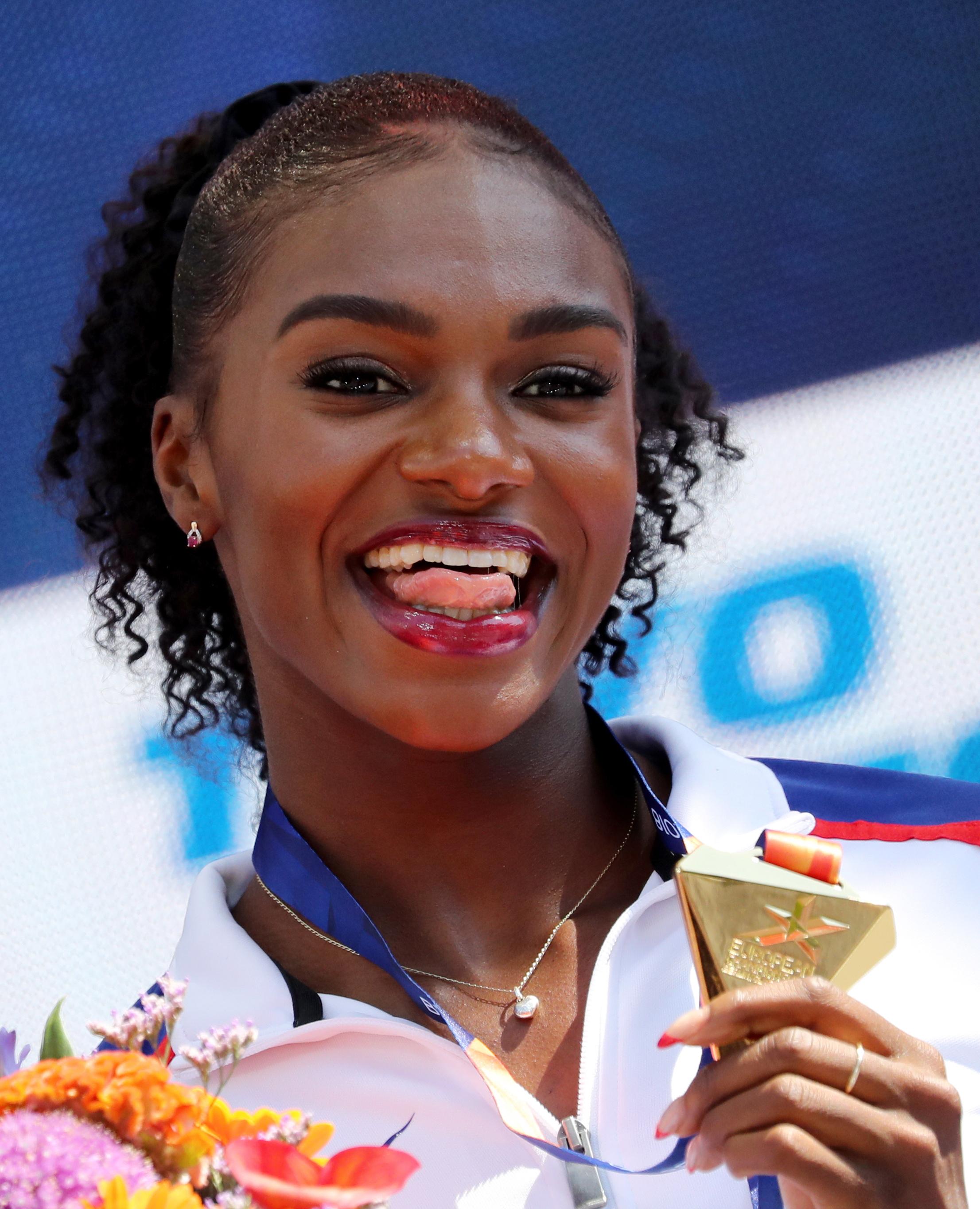 No British athlete had ever  plundered three golds at the  Europeans since they began in 1934.

Asher-Smith, 22, is the first woman to complete the European sprint treble since East German Katrin Krabbe in 1990.

She said:  “I really want fast food. It’s been a long time since I had it. 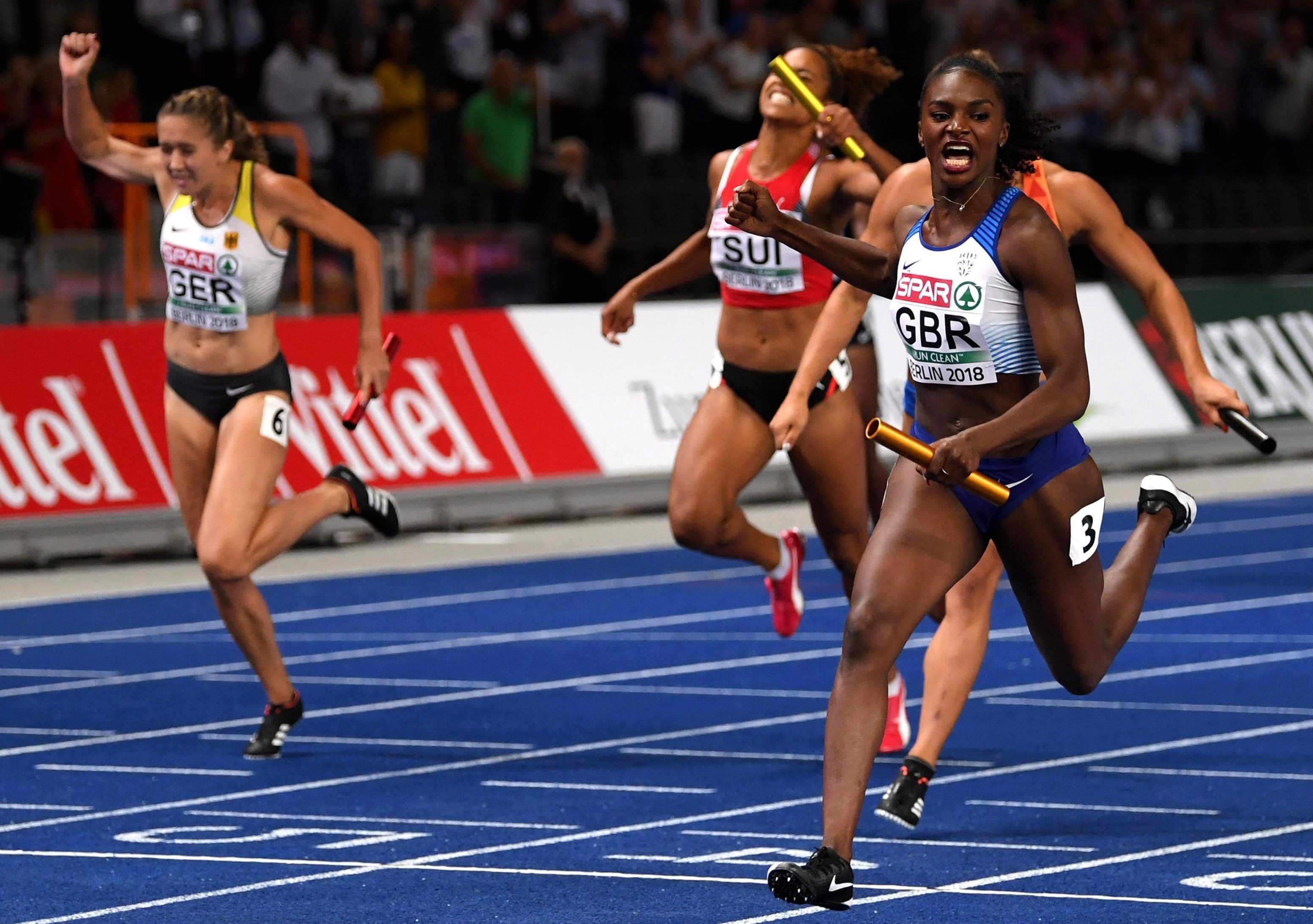 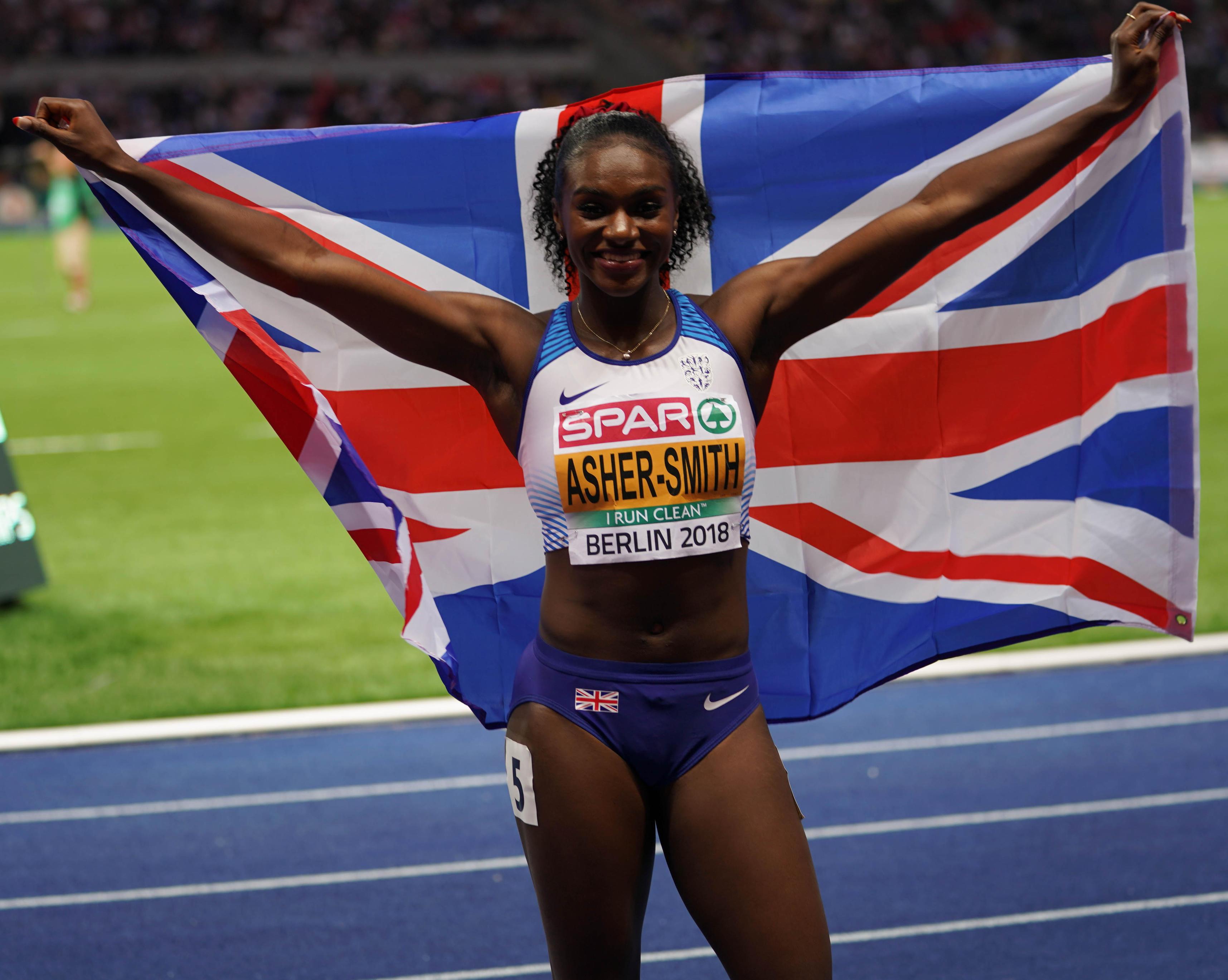 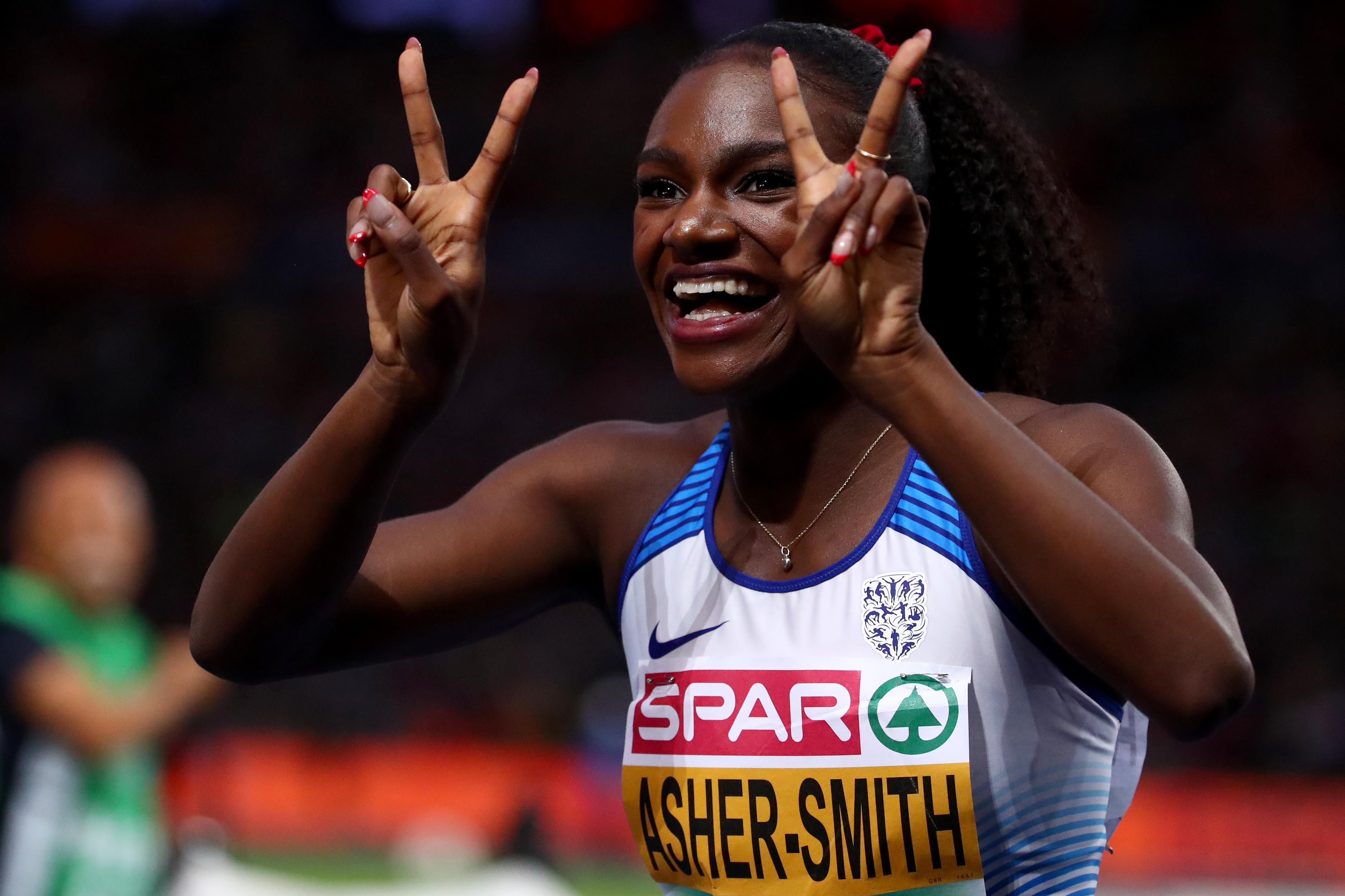 “I asked my coach how much harm could it do and he said, ‘You don’t want to find out do you?’

“I’m like ‘good point’. It’s been a long season of being disciplined.”

Asher-Smith has been the star of these championships, also scooping the 100m and the 200m titles.

In both she smashed her own British records and set world-leading times of 10.85secs and 21.89. 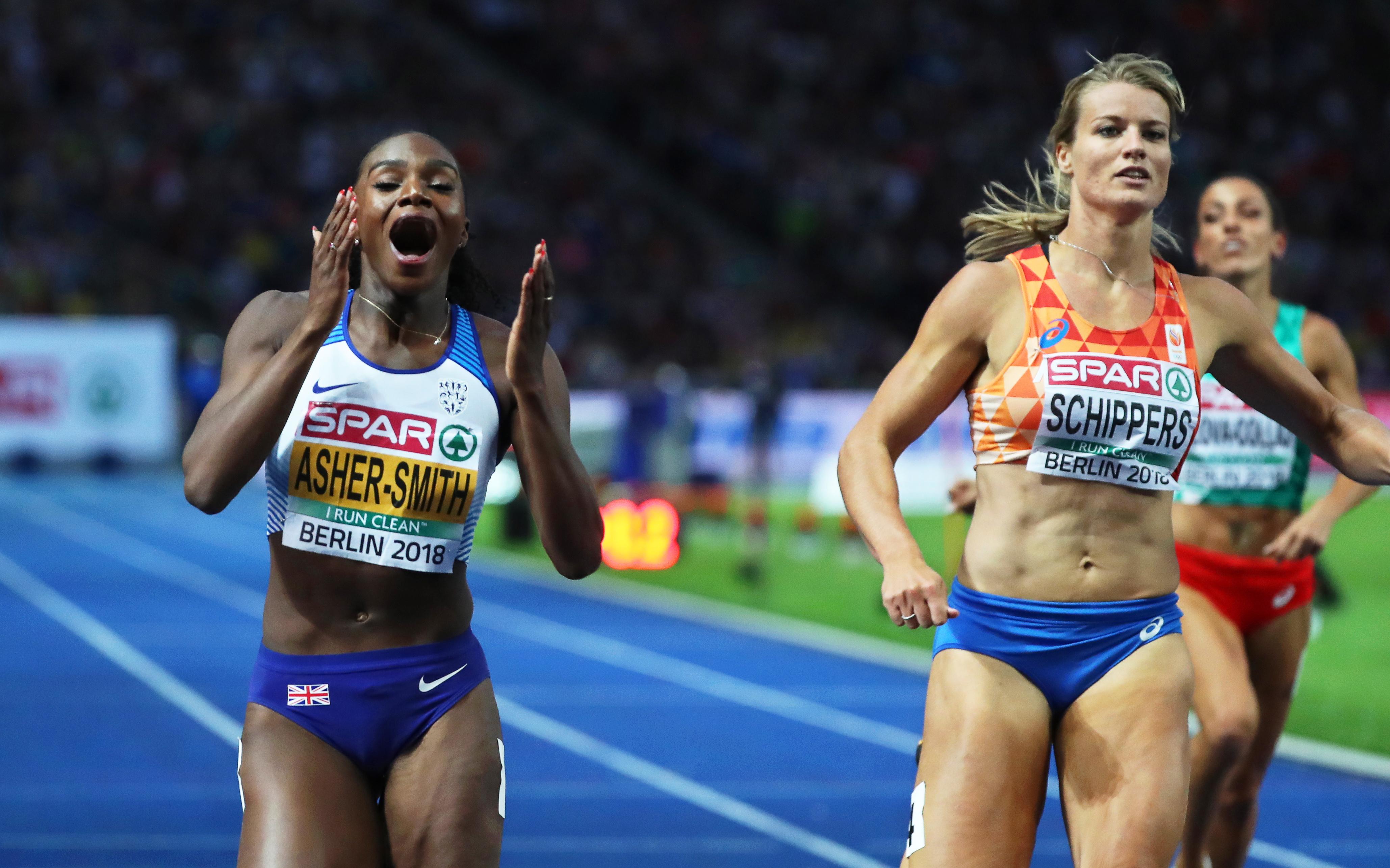 They were in FOURTH place at the final changeover despite hard work from Asha Philip, rising star Imani-Lara Lansiquot and Bianca Williams.

But Asher-Smith  made up the difference and held off the threat of Holland to take gold.

She added: “I’m just honestly so proud. You go in aiming for this but you never know if it’s  possible.

“I’m so grateful for these girls for putting out their best for our country and coming home with gold.”

Britain’s men, the reigning world and European champions,  also won gold in the 4x100m to take the GB medal tally to 18, with seven golds.

That put them FIRST in the table ahead of Poland and host Germany. 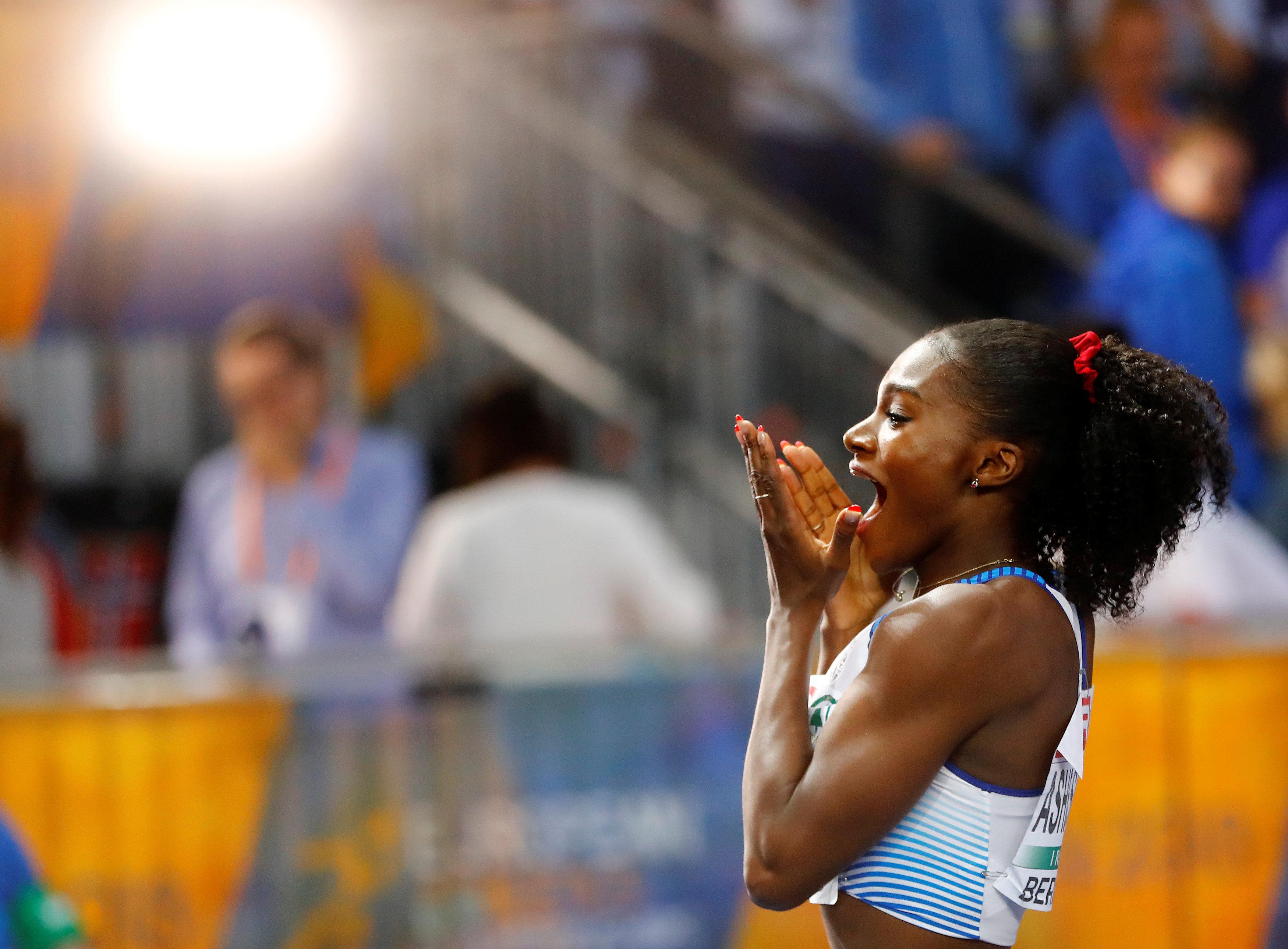 EILISH McCOLGAN had earlier taken silver in  the 5,000m.

Israel’s Lonah Salpeter thought she had beaten McColgan to silver — stopping on the track when the bell went, only to realise she still had 400m to go.

Worse was to come when  Salpeter was then disqualified after going on to finish fourth.