Notorious will climb back into the Octagon to take on undefeated Russian Khabib Nurmagomedov for the Lightweight title. 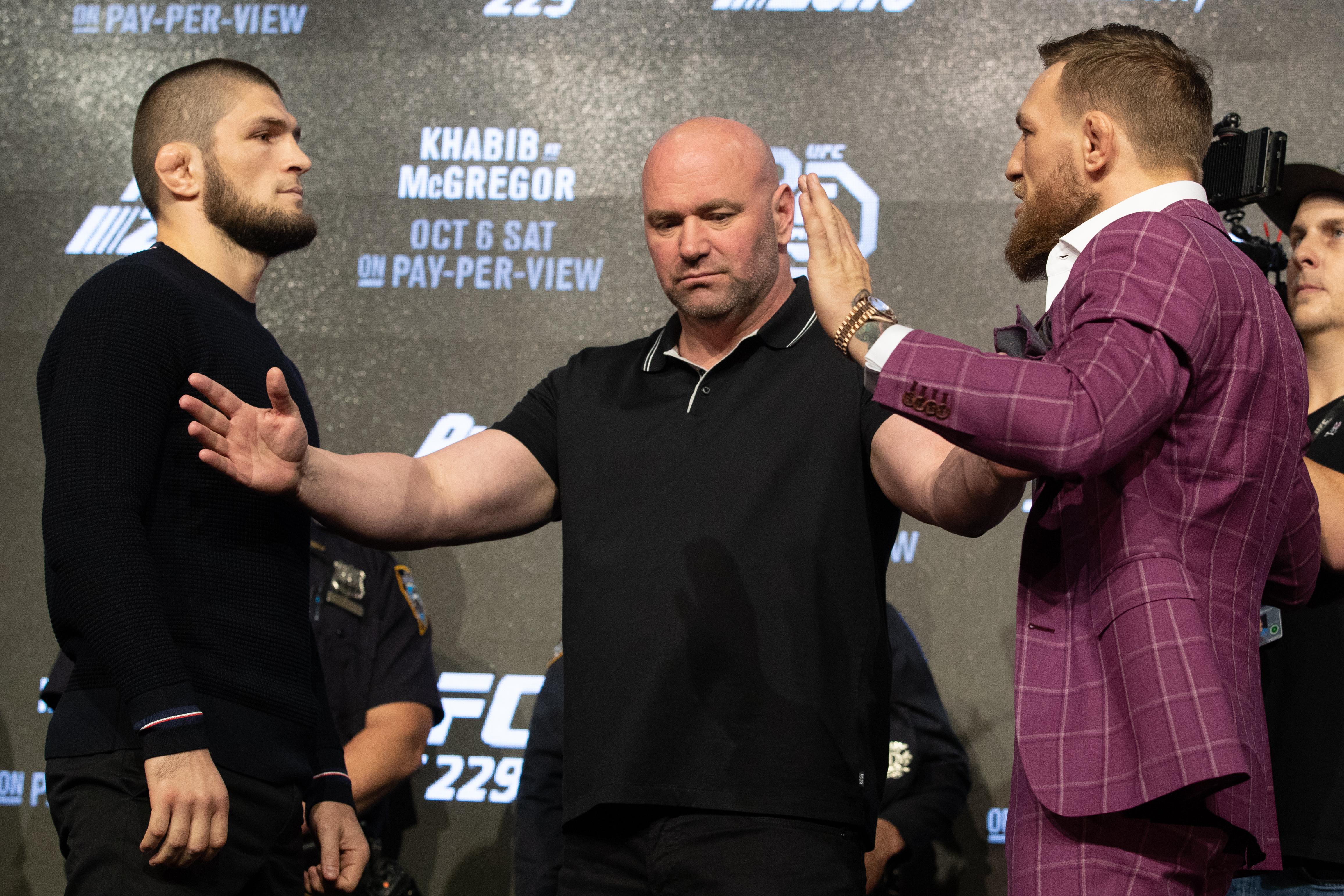 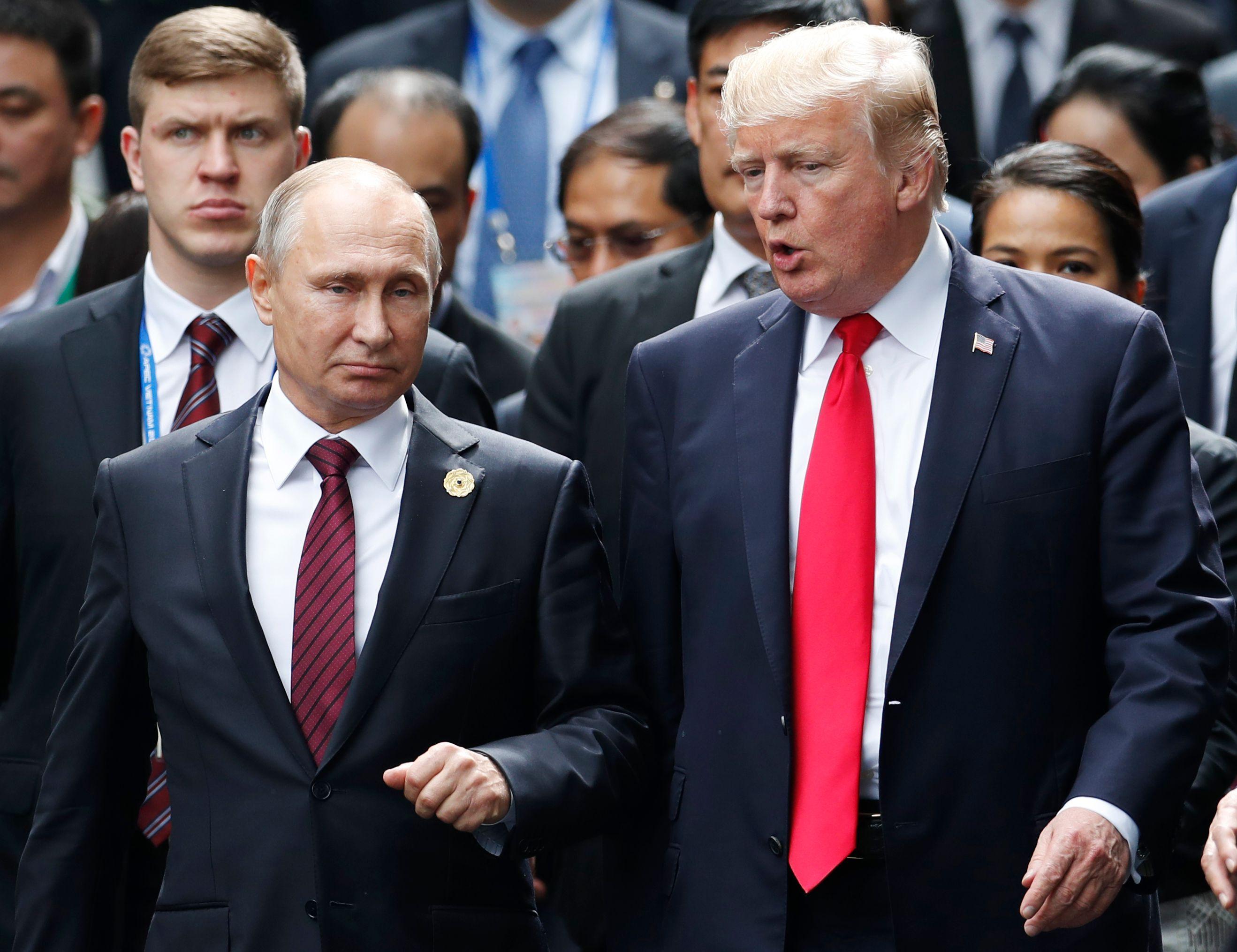 White claimed that nearly 2.5million pay-per-view buys had already been purchased for the Las Vegas showdown.

But to add extra spice he wants his close friend and American President Trump and Russia’s leader Putin to be ringside at the T-Mobile Arena.

When quizzed whether the two of the planet’s most powerful men had been issued with an invite, White told TMZ: “They are always invited to the fight.

“But President Trump told me he won’t come to a fight because would ruin it for us, so he watches on pay-per-view.” 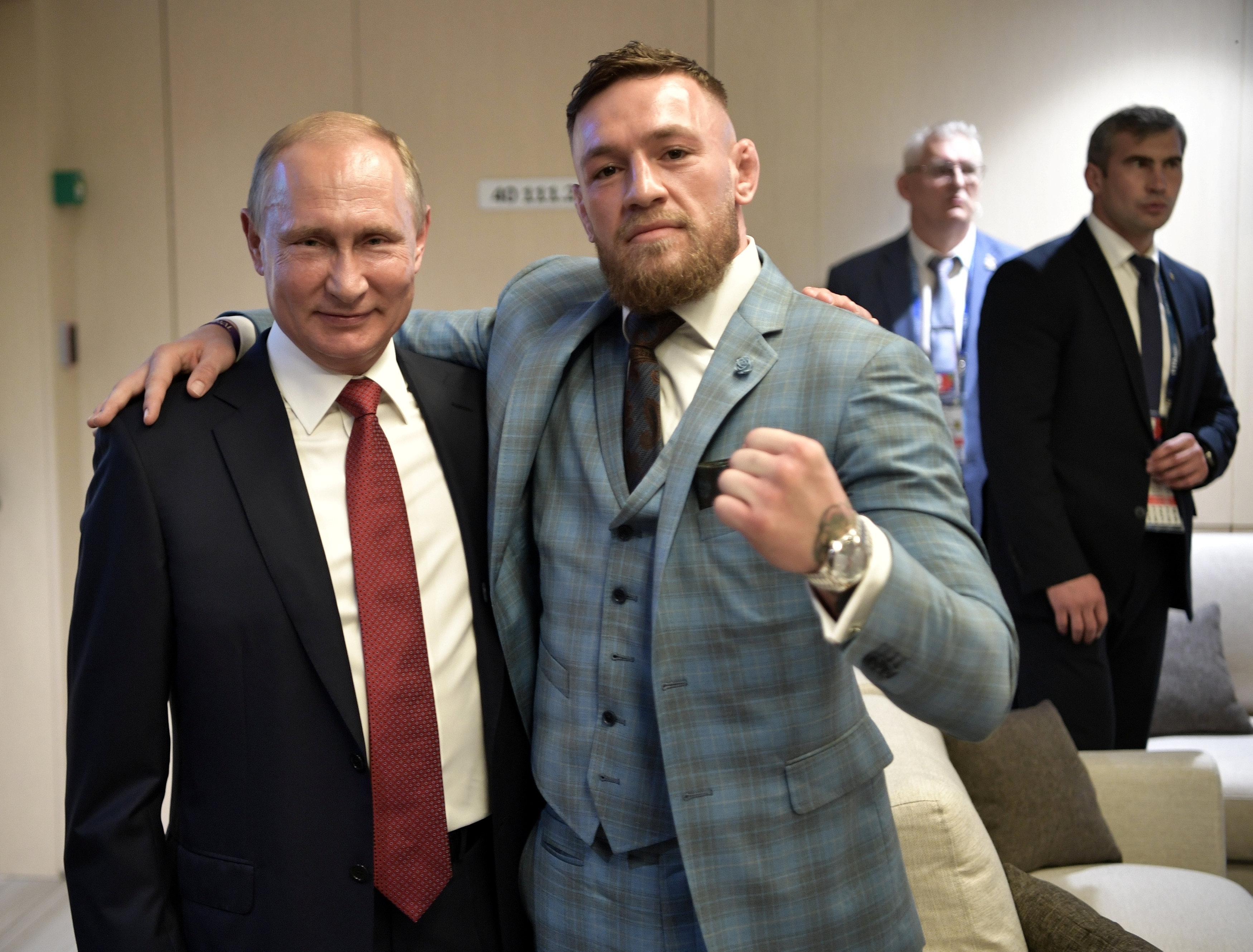 White and America’s controversial leader have long been tight and the UFC chief even spoke at the Republican National Convention during Trump's campaign.

McGregor, who has just agreed a new six-fight UFC deal, raised eyebrows when he revealed he had been invited by Putin to be his guest for the World Cup Final in Moscow in July.

The two posed for a photograph which was shared by the Irishman on Instagram.

He captioned the snap with: Today I was invited to the World Cup final as a guest of Russian President Vladimir Putin.

“This man is one of the greatest leaders of our time and I was honored to attend such a landmark event alongside him.

“Today was an honor for me Mr. Putin. Thank you and congratulations on an amazing World Cup.”

Meanwhile one group who will definitely be there are McGregor's crew – despite their participation in the New York bus attack at Barclays Center in April.

White confirmed he had not issued a ban on them or cronies from Team Khabib.

Although UFC are drawing up a security plan to make sure the two groups do not clash at the event.