It could be the most costly sin-binning of the season. 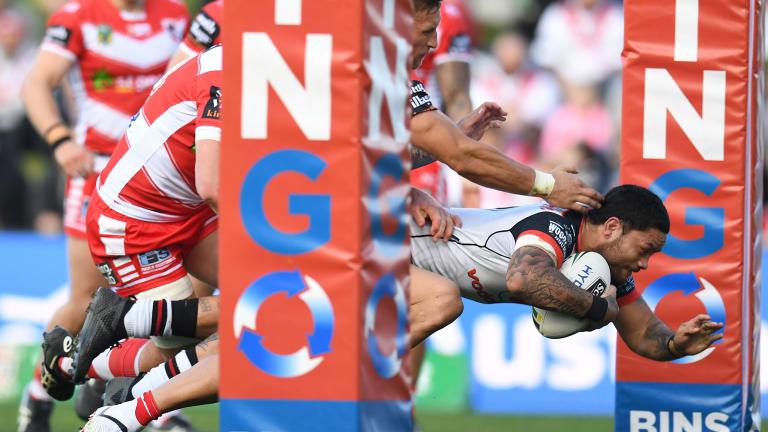 Stunning play: Issac Luke scores under the black dot after a miraculous offload from Jazz Tevaga.

The Warriors ran riot while fullback Matt Dufty spent 10 minutes in the sin-bin, racing in three tries – and denying the Dragons a morale-boosting one of their own – to set up the victory. Adam Blair punctuated the win by producing one of the biggest shots of the game on Jason Nightingale to finish the game.

The Dragons bagged two quick tries in the second half, and while they dominated possession and field position – with the added bonus of a 6-1 penalty count – they could not find that equaliser.

Coach Paul McGregor's men have now lost four of their last five games and they will be outside the top four on the ladder for the first time by Sunday night.

It was a similar story last year when the Dragons lost five of their last eight, and again in 2016, when they tasted defeat in seven of their last nine games.

The Warriors' victory also meant Wests Tigers supporters had their hearts broken with their club back to four points adrift of the top eight with four matches remaining.

All the talk out of this one will be around the Dragons and the awful realisation that they look headed for another choke. Dufty's sin-binning was the blow from which they never recovered.

"And six penalties against the opposition in the second half, and four inside the 20m zone, and nobody goes to the bin … that's not an excuse.

"Our second half was much better than our first. And that's where it has to start next week [against Parramatta].''

When pressed by Fairfax Media on the track record of the Dragons running out of puff, McGregor said: "It's not going away until you win.

"I don't want to re-visit it. Our vision is on what we need to do, not a revision.

"However, everyone will talk about it and it will be raised again because we lost.

"There's nothing anyone can do except when you go on to the footy field and when you go to training you fix your game.''

McGregor noticed there were players with hands on hips after 25 minutes, which may have suggested signs of a mental drain.

Skipper Gareth Widdop said his side had been too inconsistent the past month,  but were more than capable of turning it around.

Approaching the half hour, Dufty tried to keep up with his New Zealand opposite, Roger Tuivasa-Sheck, as he set off after his own kick, only to tug at his jersey.

Dufty had denied Simon Mannering at the end of the same play, but referee Gerard Sutton had spotted his mischief in the lead-up and rightfully gave him a short spell.

The Warriors made the most of the extra man and soon scored through Solomone Kata, who was able to collect a wonderful offload from Isaiah Papali'i. 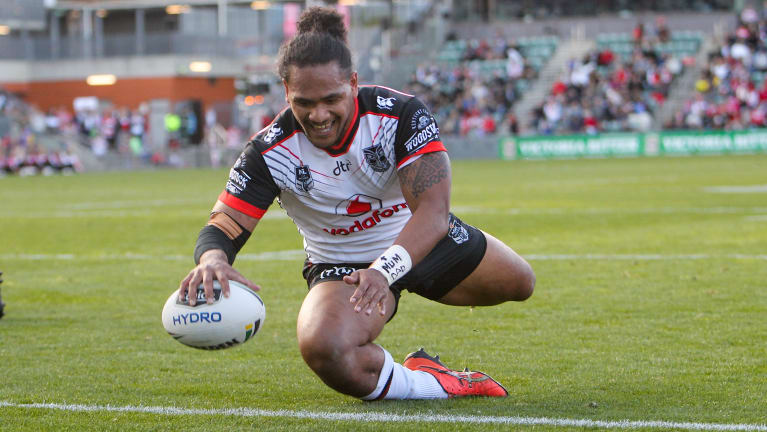 Jazz Tevaga then stood in a three-man tackle and somehow squeezed the ball out for Issac Luke to score under the posts.

As Dufty made his way back on to the field, Kata was celebrating his second try in the far left-hand corner.

What made the opening half even more forgettable for the Dragons was losing Paul Vaughan to a suspected ankle injury, and James Graham for a short spurt as he underwent a concussion test.

"He's got a boot on down there but he's not sure if it's his knee or his ankle. He heard something pop,'' McGregor said of his NSW prop.

"At the moment he's concerned. We'll have to wait until we get a scan but it doesn't look promising at all.''