Steve ''Slippery'' Morris will be in Kiama on Sunday afternoon, more than 100 kilometres away from where his famous twin sons, Josh and Brett, will play their final game together in the NRL.

Josh and Brett will line up on the same side of the field for Canterbury before pursuing two-year deals at Cronulla and the Sydney Roosters respectively. 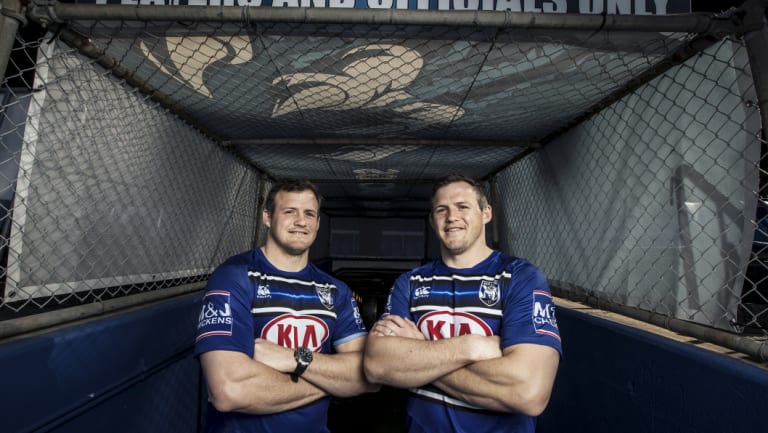 Dynamic duo: Josh and Brett Morris at Belmore Sports Ground, where they will play their last game together today.

There will be a lot of emotion. The two brothers are close. They were born just minutes apart, but so close to midnight it almost became different days.

So what could be more important for Steve?

"The Kiama Knights are playing,'' Josh says with a smile. "Two of our brothers are playing and another one coaches. He [Steve] will probably catch the game at the leagues club. He'll cheer us from there.'' 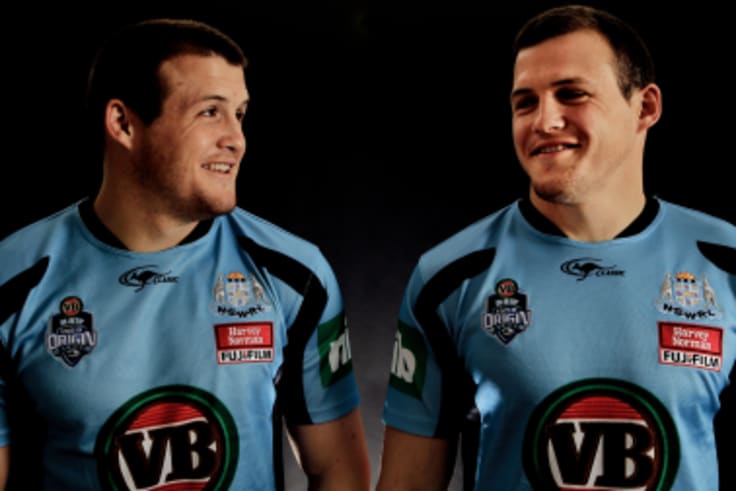 Blues brothers: Josh and Brett were a winning combination for NSW.

Slippery told Fairfax Media: "I know it's their last game at the Bulldogs together, but they both have another two years to go in the NRL.

"And I probably would have got a bit emotional anyway.

"Those last games in two years I'll definitely go to. That will be sad.''

Steve enjoyed a wonderful career with St George and the Roosters, and also represented his state and country. 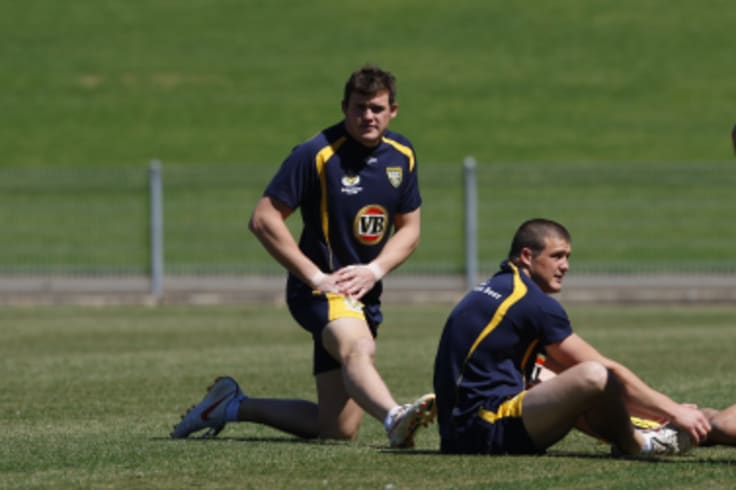 Imagine the joy when two of his boys went on to enjoy similar success.

"I'm very proud of everything the boys have achieved for themselves, and they have got that from their hard work and dedication and determination and professional attitude," Steve says.

"They are a credit to themselves and their family, their clubs and the game itself.

"I am so proud of them as their father. I have enjoyed watching every game they have played and never missed one. 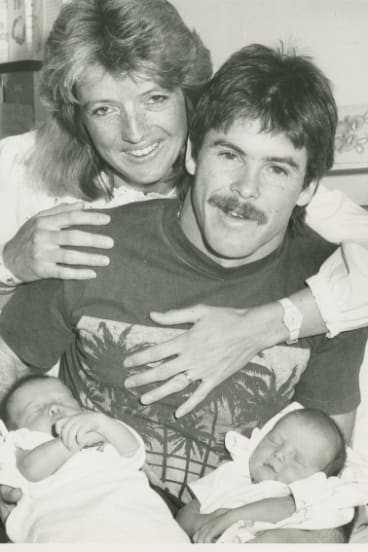 "I will miss it when they retire and might get to know them a bit better because they have been committed since the age of 17.''

Steve knew his twins were going to be special the first day they pulled on a jersey for Como Jannali as four-year-olds in an under-6s competition.

"The first time Josh got the ball he ran the wrong way, he ran the length of the field, everyone was screaming at him, so he turned around and ran all the way back and scored at the other end,'' Steve recalls.

"That was the first time he touched the ball.'' Steve can easily identify the twins but had to rely on a birth mark on Josh's thigh when they were newborns. He can't remember which thigh.

"I haven't changed his nappy for a while, so I can't tell you,'' Steve quips.

"They were cheeky little buggers, but they loved their footy. They were active kids. They do have different personalities: Josh talks more and is sociable, and Brett can be a loner and the crankier of the two.''

Fairfax Media had to rely on the graze on Brett's chin to tell the pair apart.

The family has lost count of the amount of times photo captions have been wrong in the countless newspaper stories about the pair.

One TV commentator messaged Brett earlier this year via social media and requested he wear a different colour pair of boots so there was no mix-up. 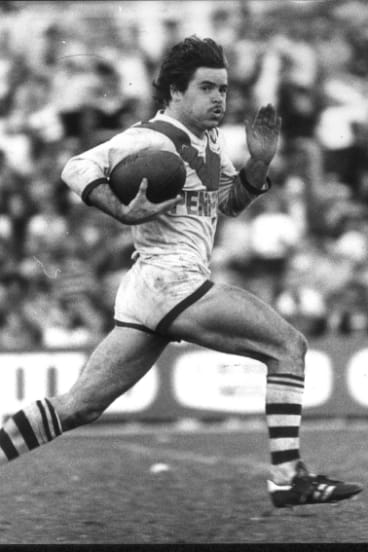 Good genes: Steve Morris on the fly for the Dragons.

At 32, the Morris boys truly enjoy each other's company. They have never been caught up in controversy. Brett has three children, while Josh will celebrate his first Father's Day.

Cronulla and the Roosters have backed a couple of winners.

Josh recalls his Kangaroos debut in 2009 on the Four Nations tour alongside Brett as one of the personal highlights.

"We played against France in Paris; I got two tries, Brett grabbed two or three, and the referee at the time didn't know who was who,'' Josh says. "He kept asking which one of us had scored. We were on top of our game then, playing for Australia and scoring tries. As kids, that was something we dreamt of.

"To make our debut and have so much fun doing it alongside of him is something I'll never forget.''

Tim Sheens was coach of the Kangaroos when the Morris twins made their debuts.

"My main thoughts on the Morris boys was one and one made three with them because when they played side by side they understood each other's games so well," Sheens says.

"Brett was the first winger I'd pick if he was fit, and Josh had to contend with the likes of GI [Greg Inglis], Brent Tate, Justin Hodges, then there was Jarryd Hayne and Michael Jennings.

"But I always remembered when the two boys played together they were on the same wavelength and it was a bonus. The good thing was both of them could play left and right, and not too many players can do that and be comfortable with it.''

The twins are unsure if they will play together again. If they do, it will be in Kiama.

They are excited about their own journeys at their new clubs, teams expected to push deep into the finals this year.

One thing they love is their annual try-scoring duel, where the loser has to buy the other a carton of beer at Christmas. As it stands this year, Josh has nine tries and Brett eight.

"We're competitive and also supportive of each other," Brett says. "We want to see each other do well.

"There's never been any bitterness towards each other. It's always been good fun and humour.

"We used to joke about who scored the most tries would get a case of beer."

Josh chimes in: "I got tired after six years of having to buy the beer. I won one year and he didn't pay up.

"The loser would buy it and then we'd polish it off together on Christmas Day. While we weren't always playing together, it drove us to be competitive and try to be successful, and with that success comes the chance to play in rep teams and play alongside each other once again.''

Nobody will begrudge the Morris boys their final hurrah. Slippery will be emotional. Even if he's not there.