As for the rest of England’s batsmen – well, it was another grim tale of terrible shots and a failure to comprehend Test match batting. 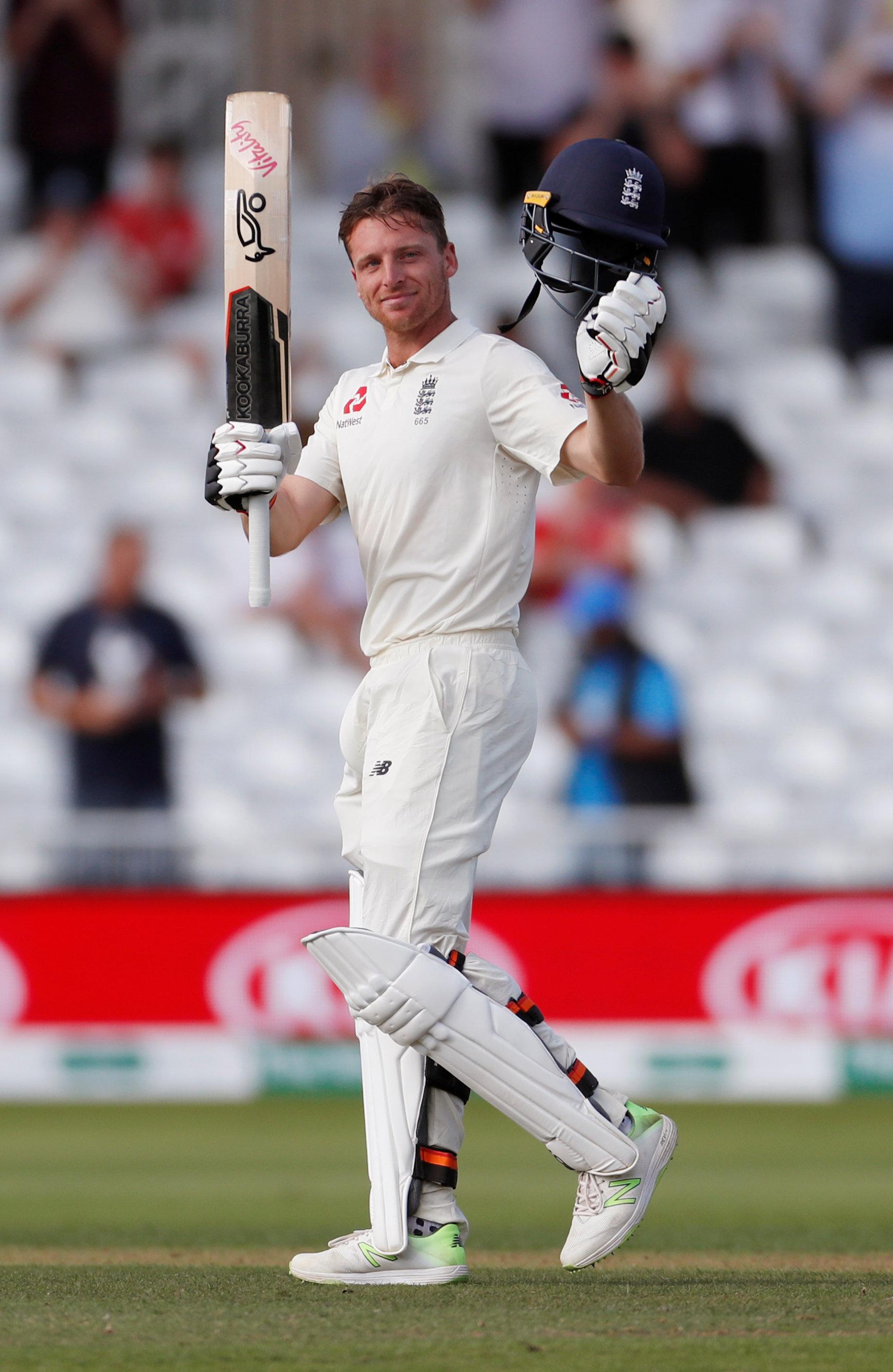 England have two openers short of runs and under pressure, a world-class captain who has lost form for the first time in four years and a frisky, flashy new boy at No4.

Oh, and a wicketkeeper-batsman with a broken finger who was out for a golden duck.

England are on the brink of losing the Third Test at Trent Bridge by a crushing margin.

It has been such a poor performance that it is difficult to remember they will still lead the series 2-1 against the world’s No1 ranked team. 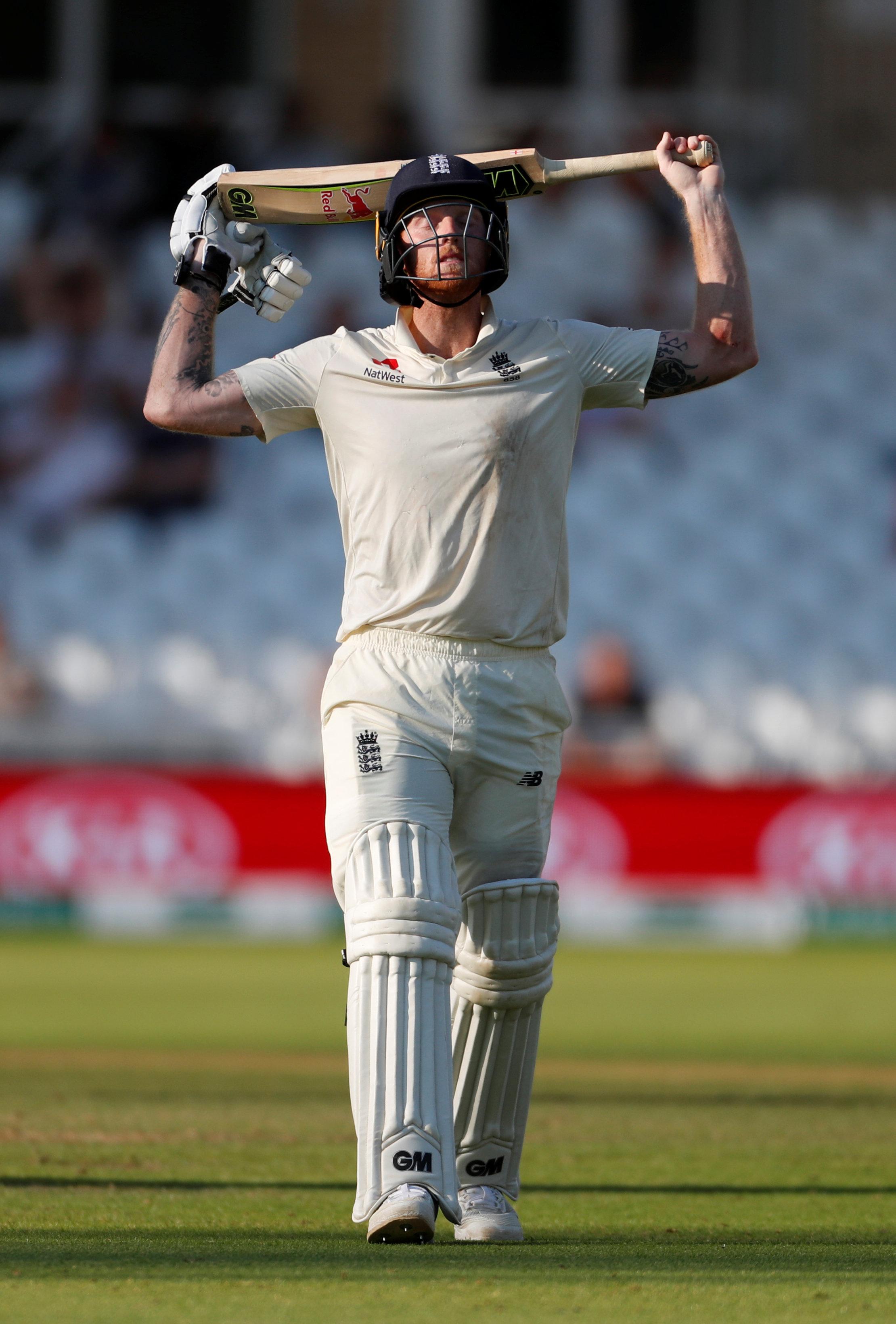 In a mixture of comedy and farce, everyone must come back on Wednesday for England’s final wicket. It could be done in one ball.

When England reached 231-4, they were even thinking of something miraculous. But a brilliant spell with the second new ball by Jasprit Bumrah destroyed those dreams.

Buttler was lbw offering no shot, Bairstow bowled first ball and Chris Woakes bounced out. At the other end, Ben Stokes edged to second slip.

After not losing a wicket in the previous 57 overs, England lost four in three overs. 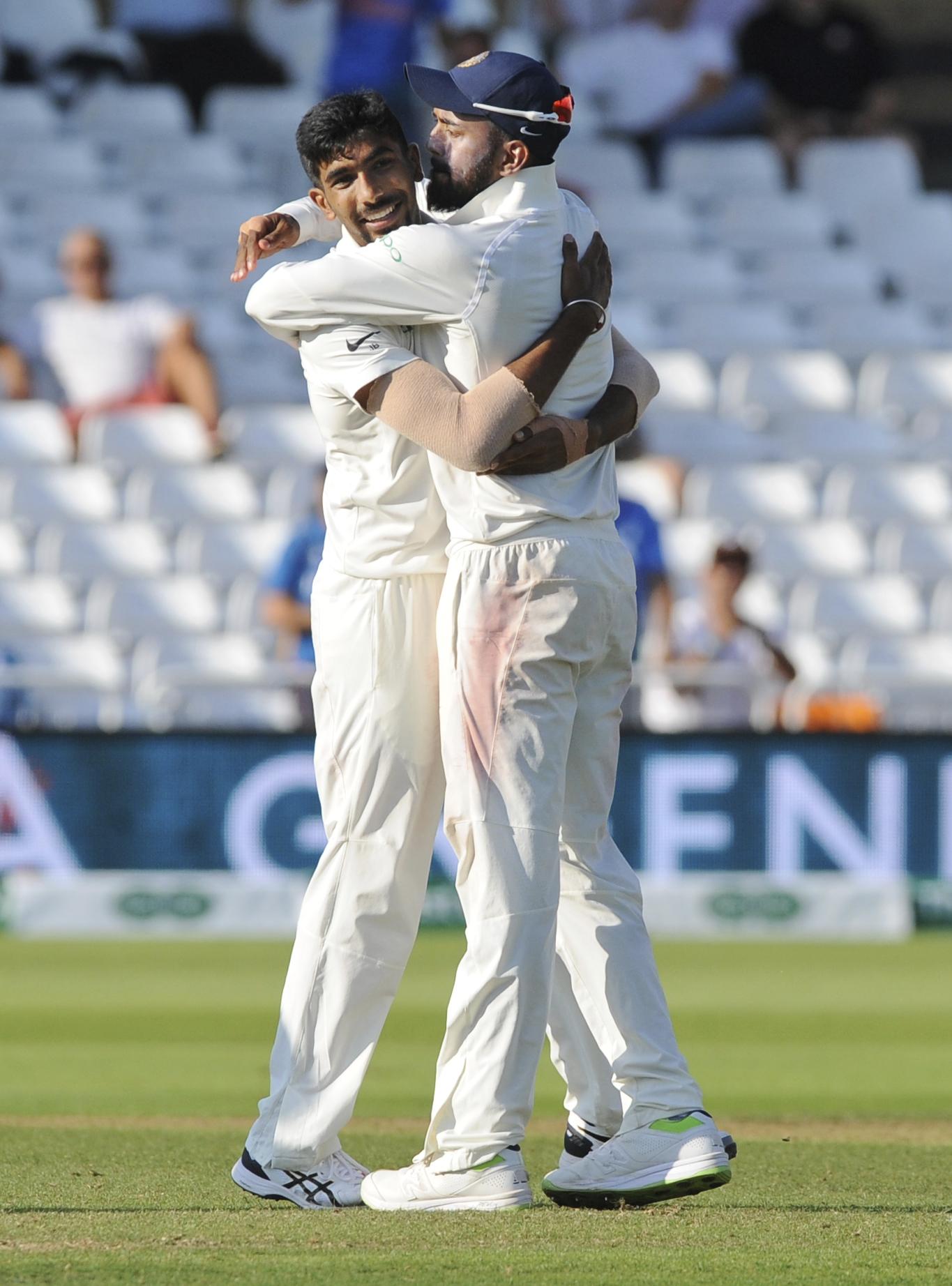 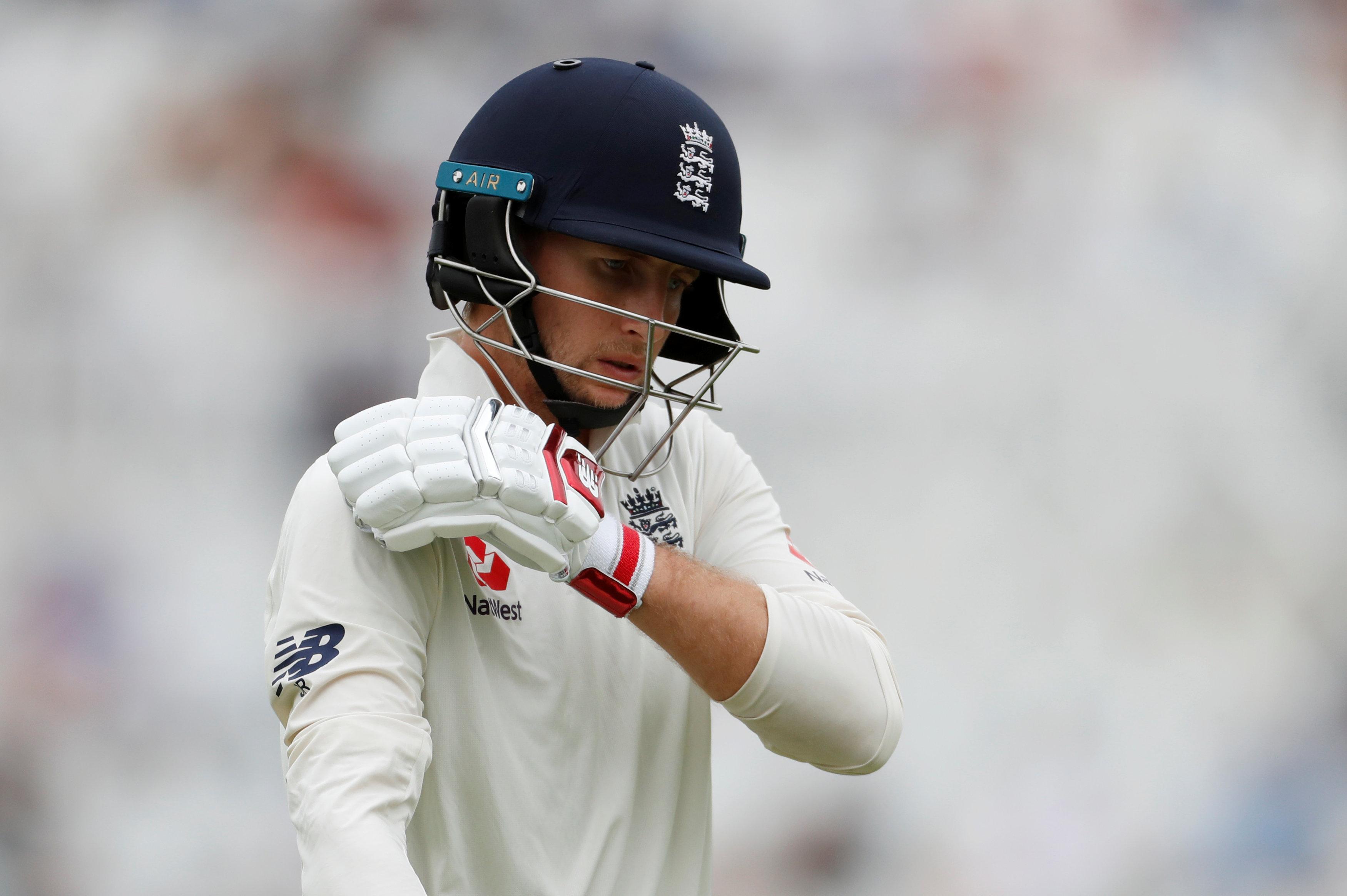 India claimed the extra eight overs permitted if the umpires believe a result is possible but couldn’t force victory even though Stuart Broad was held at second slip to give Bumrah his fifth wicket of the innings and KL Rahul his seventh catch of the match.

If Adil Rashid had not been caught off a no-ball and then dropped by Kohli, the match would be over by now.

Broad received plenty of verbals from India’s fielders who had not forgotten his send-off to debutant Pant on day two.

Broad was last night fined 15 per cent of his match fee for that offence.

Buttler has blitzed bowling around the world in shorter formats for many years – whether for England or in the Twenty20 razzmatazz of the IPL or the Big Bash.

Incredibly, however, he had not previously scored more in Test cricket than the 85 he registered on his debut against India at Southampton four years ago.

Since then, he has been discarded and dismissed and some were even saying he should be dropped here to make way for the returning Stokes. 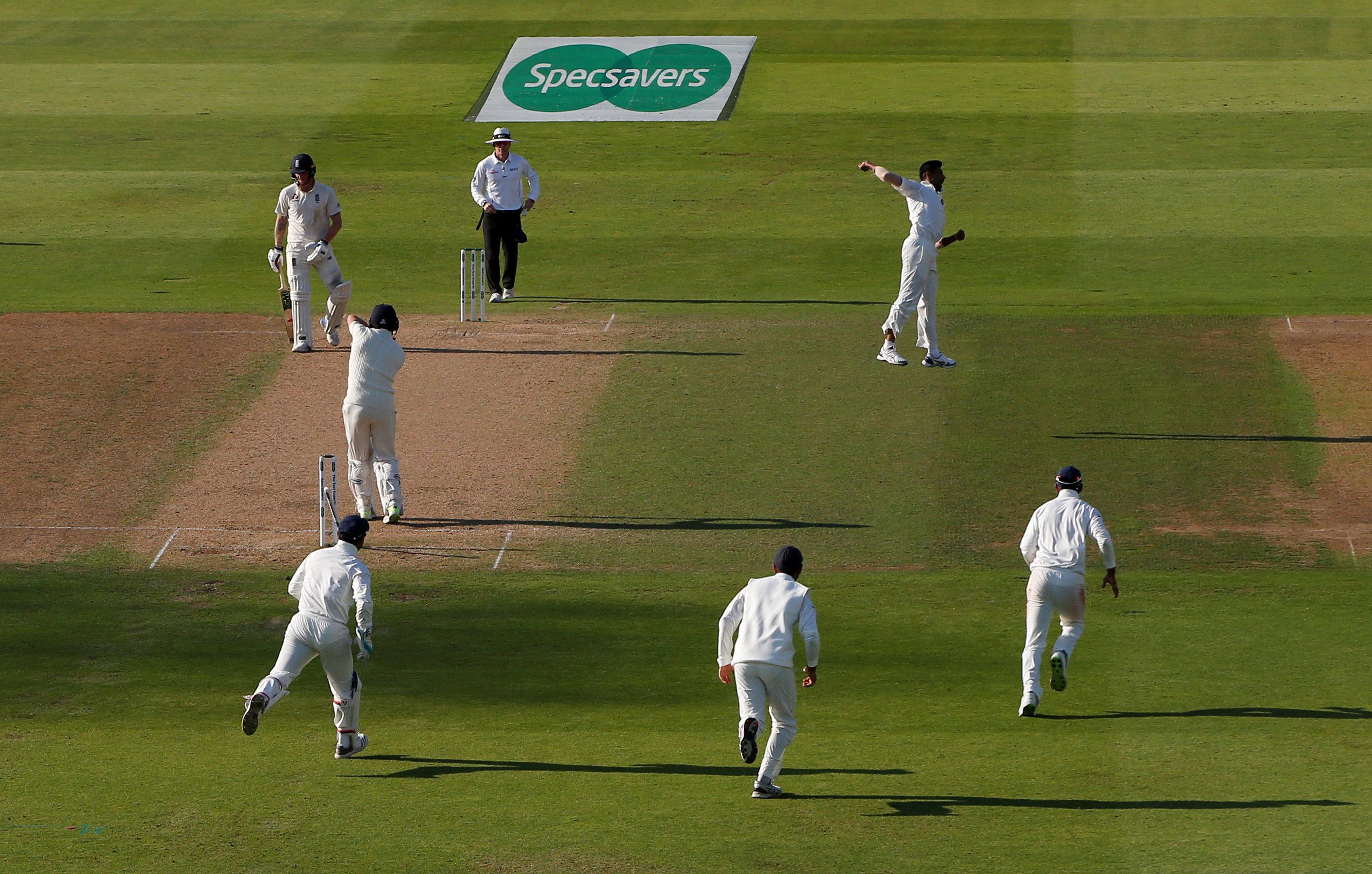 It has been one of cricket’s enduring mysteries – how come Buttler is so destructive in limited-overs games but cannot convert against red balls?

This was his first first-class century since June 2014 and only the fifth of his career.

New chief selector Ed Smith’s first move this summer was to recall Buttler as a specialist No7 and he was elevated to Test vice-captain. Buttler has vindicated the decision.

England needed a good start but Keaton Jennings, leaden-footed, nicked off in the first over and Alastair Cook did not last much longer, edging to second slip.

Both openers are under the microscope but are likely to survive especially if Bairstow’s broken finger rules him out of next week’s Fourth Test. England won’t want to make more than one change to the batting.

Cook’s wife is expecting their third child during the Fifth Test at the Oval but he is determined not to miss any cricket for the birth.

Joe Root looks out of nick for the first time since the Ashes tour of 2013-14 and he deflected a catch to second slip. 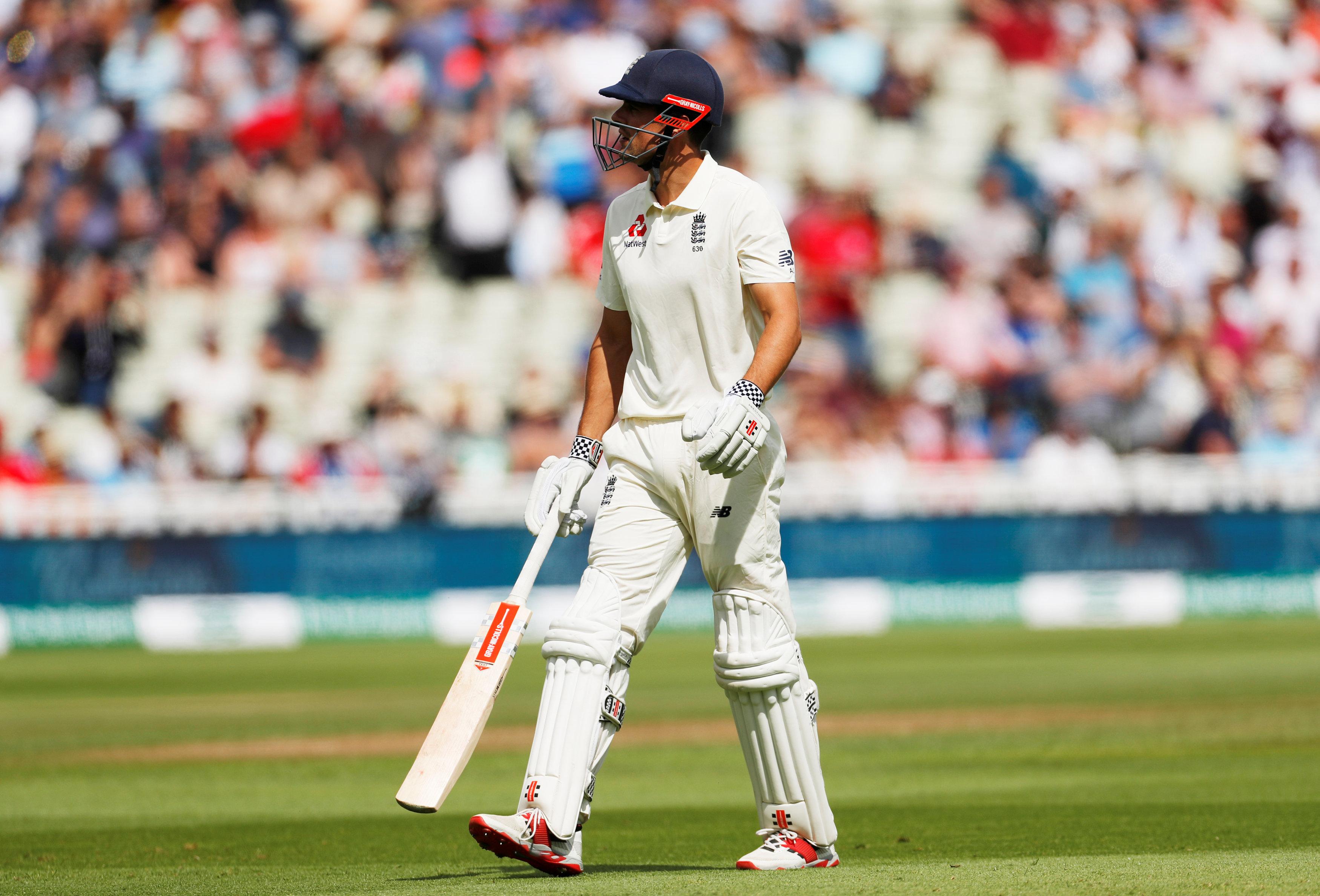 Ollie Pope, a No6 for Surrey but batting at four for England, will surely need to rein in his expansive drives to have a successful Test career.

Pope chased a wide one and was sharply held by Virat Kohli at third slip.

Stokes was joined by Buttler and they stayed together from before lunch until deep into the final session.

Buttler struck 21 fours in his century – many from screaming cover drives – and displayed patience and discipline after being dropped on two by wicketkeeper Rishabh Pant off Bumrah.

He looked genuinely emotional when a clip to the square leg boundary took him to three figures and he received a bear hug from Stokes.