The Indian captain reached his ton at Edgbaston with a flashing cut for four before kissing his wedding ring. 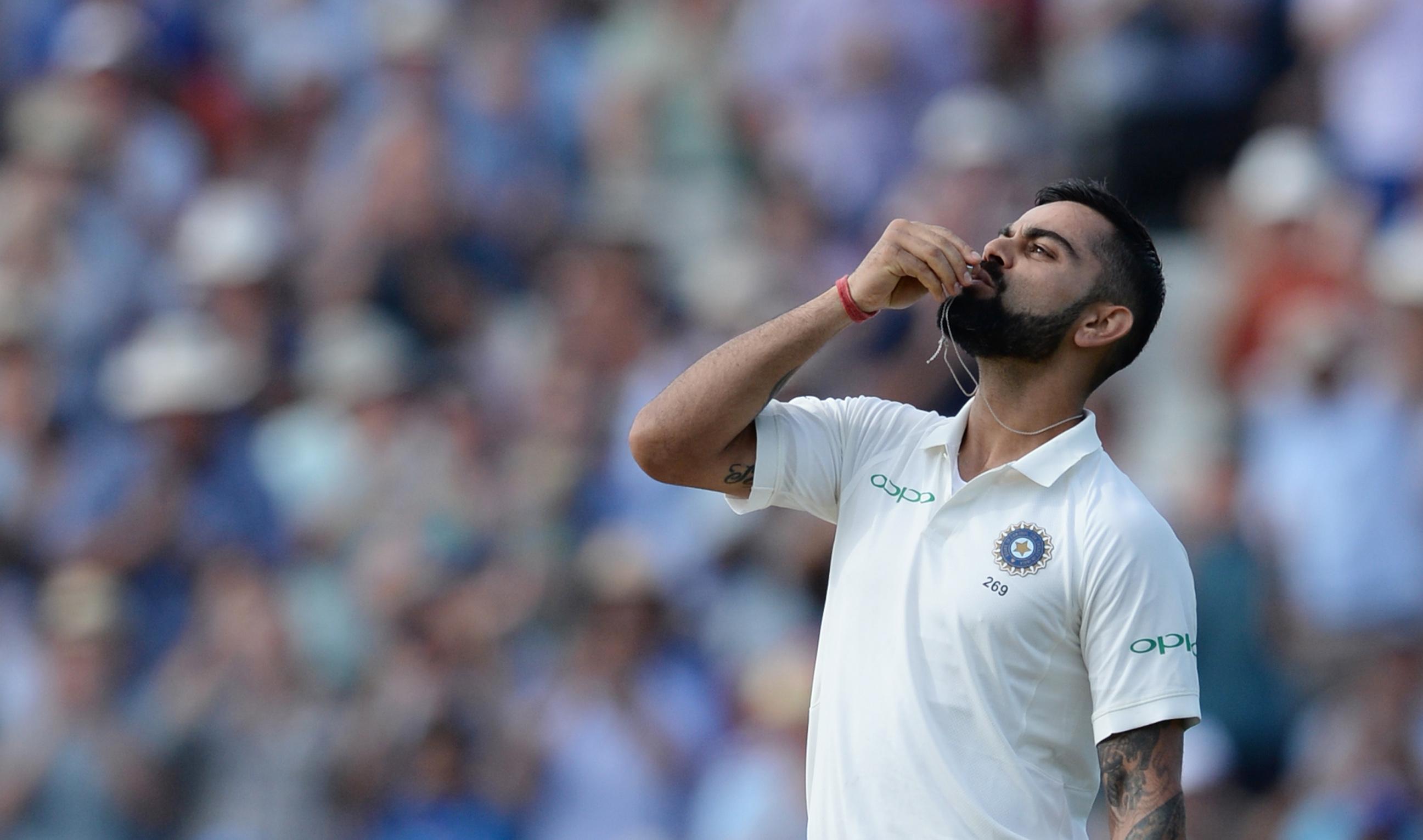 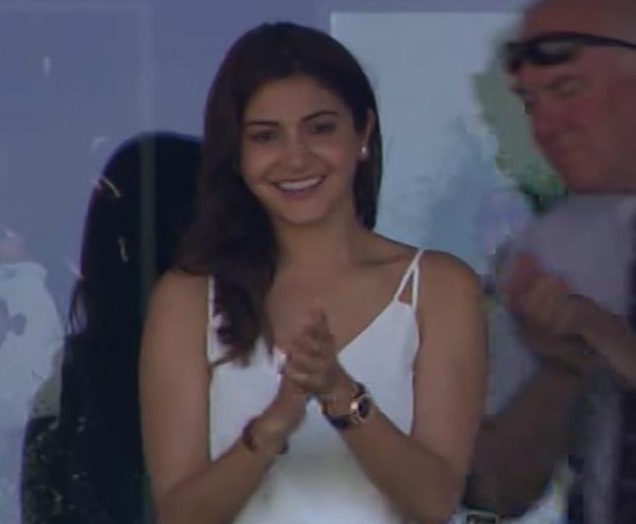 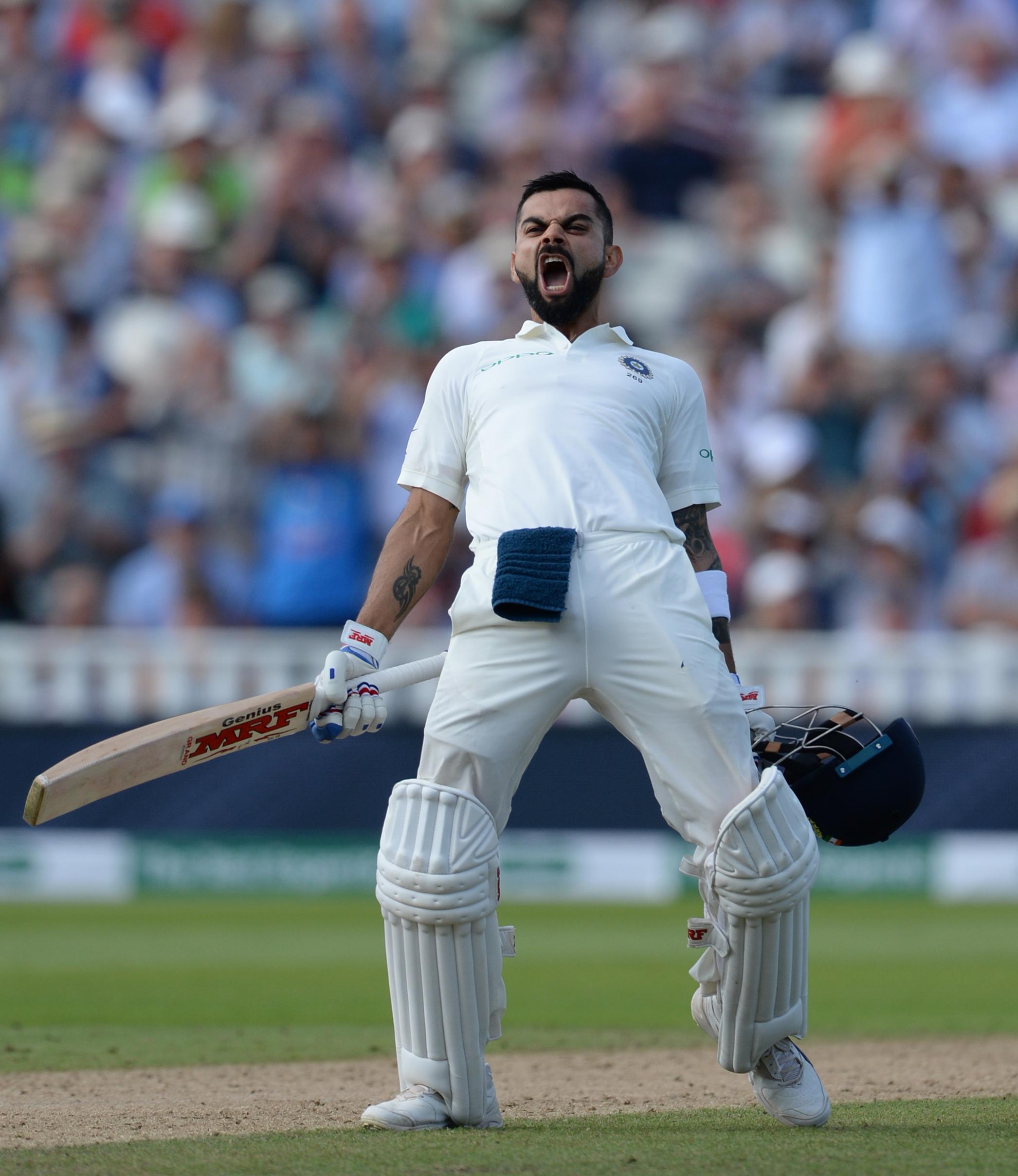 There was no mic drop celebration today as he reached under his shirt and kissed the ring he had attached to a chain.

His wife Sharma, one of the highest-paid actresses in India, was watching from the stands in Birmingham.

The power couple tied the knot last December in Mumbai.

Kohli put on a masterclass on day two at Edgbaston with his excellent knock of 149 that kept India in the game.

The tourists were bowled out for 274, a deficit of 13, meaning Kohli scored over half their total runs. 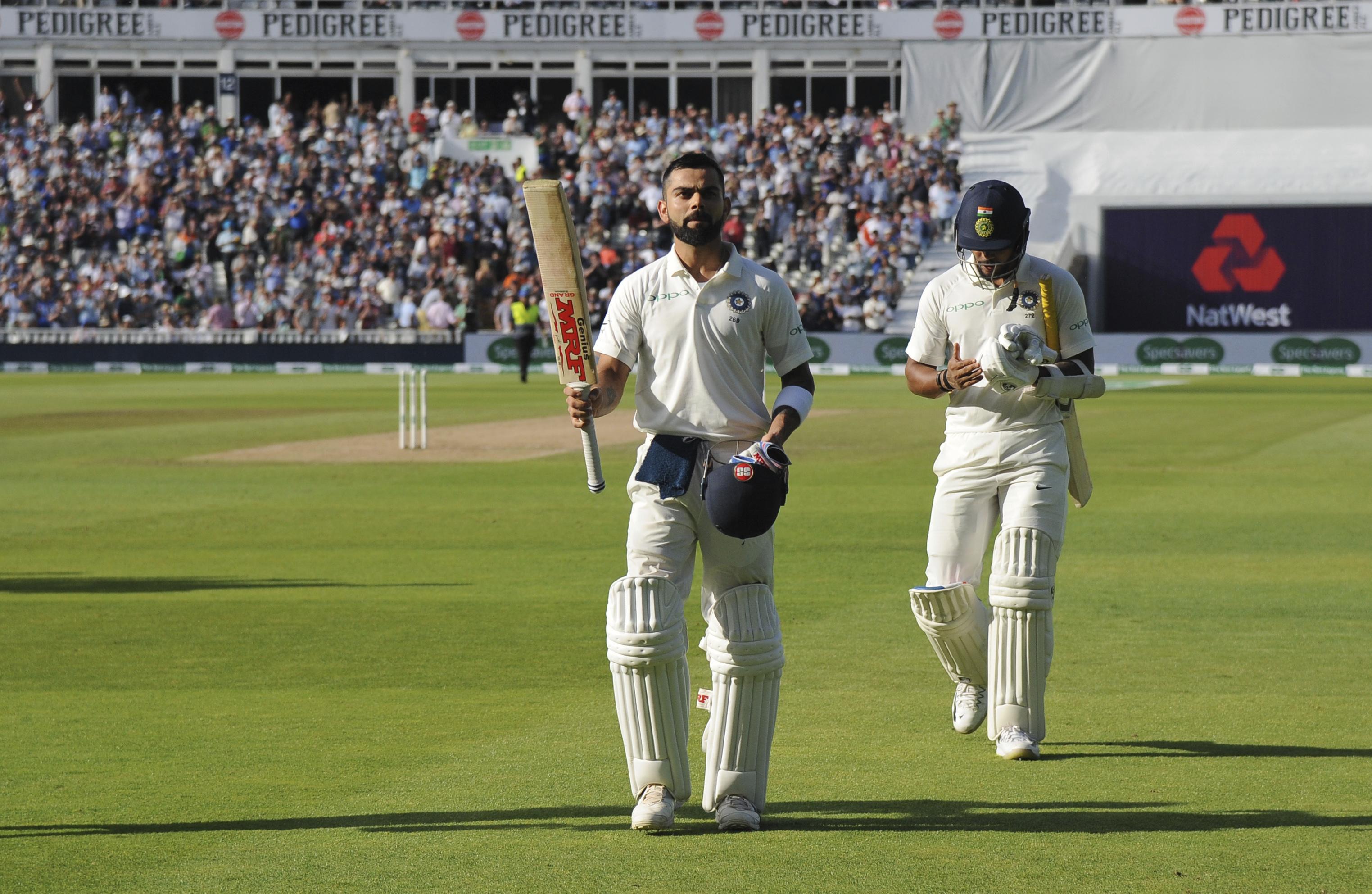 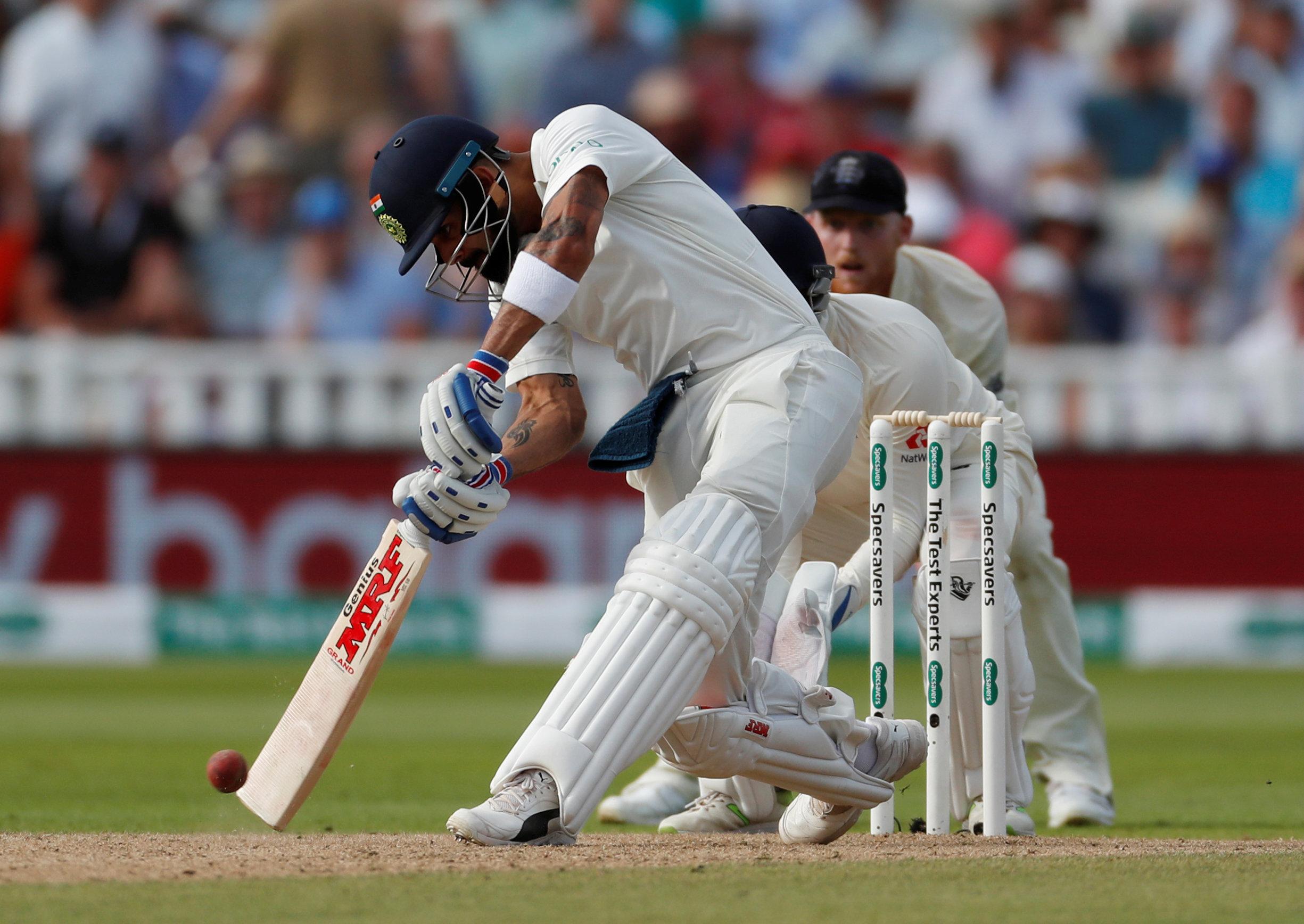 England was the only place where Kohli had failed to make runs in his glittering career.

But Kohli left the field at Edgbaston to a standing ovation, among them his proud wife Sharma. 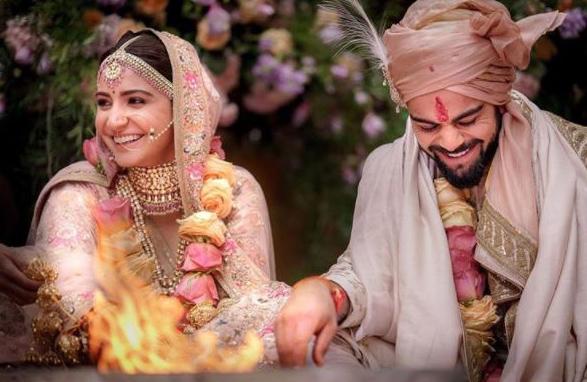 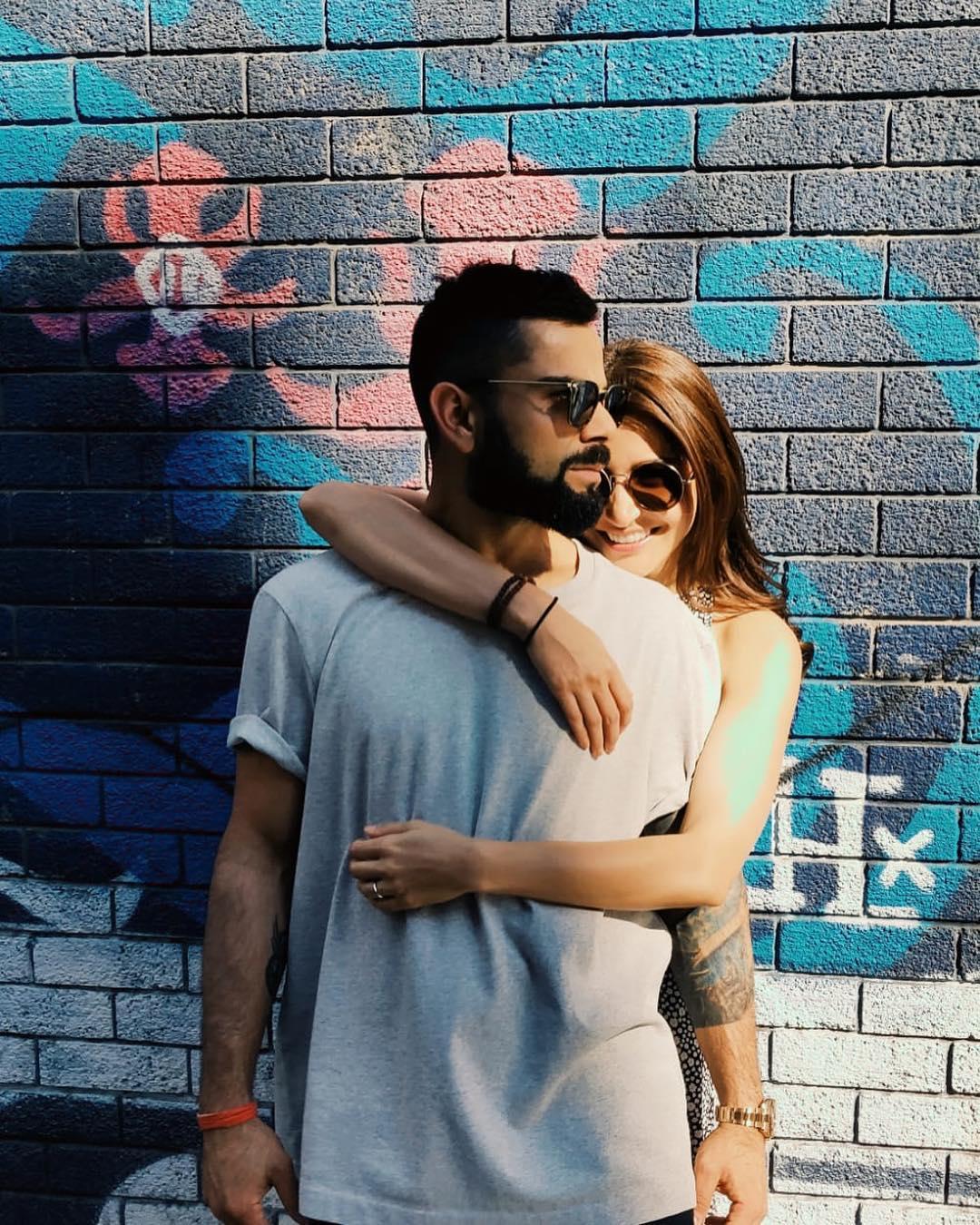