The Belarusian, 29, suffered a nosebleed early on in the race but battled on to win the race in a time of 2hr 26min 22secs on the streets of Berlin. 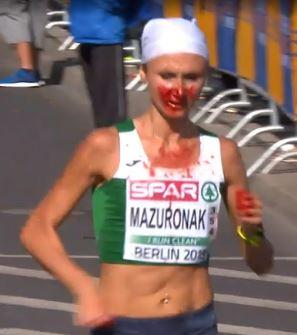 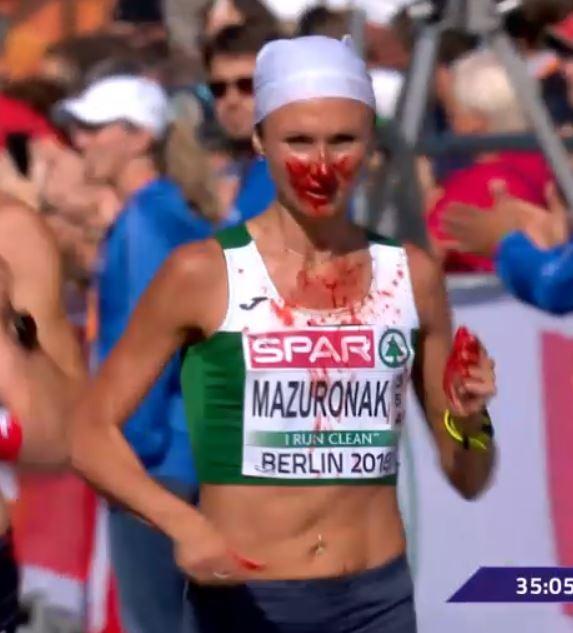 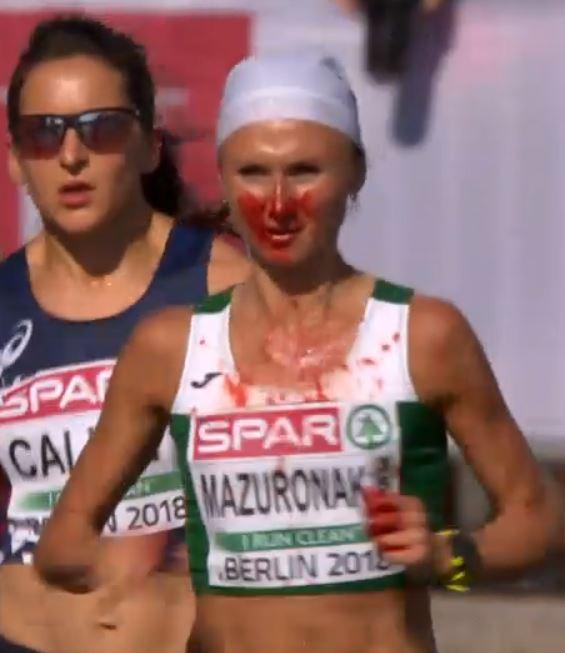 She also nearly took a wrong turn with less than a mile to go in the race but held on for victory.

Paula Radcliffe explained that the "biggest factor" in overcoming the bloodbath was Mazuronak's breathing.

Radcliffe, who has held the world record for the women's marathon for over 15 years, said: "It's very unusual, I don't think I've ever seen it, especially in the early stages of a marathon." 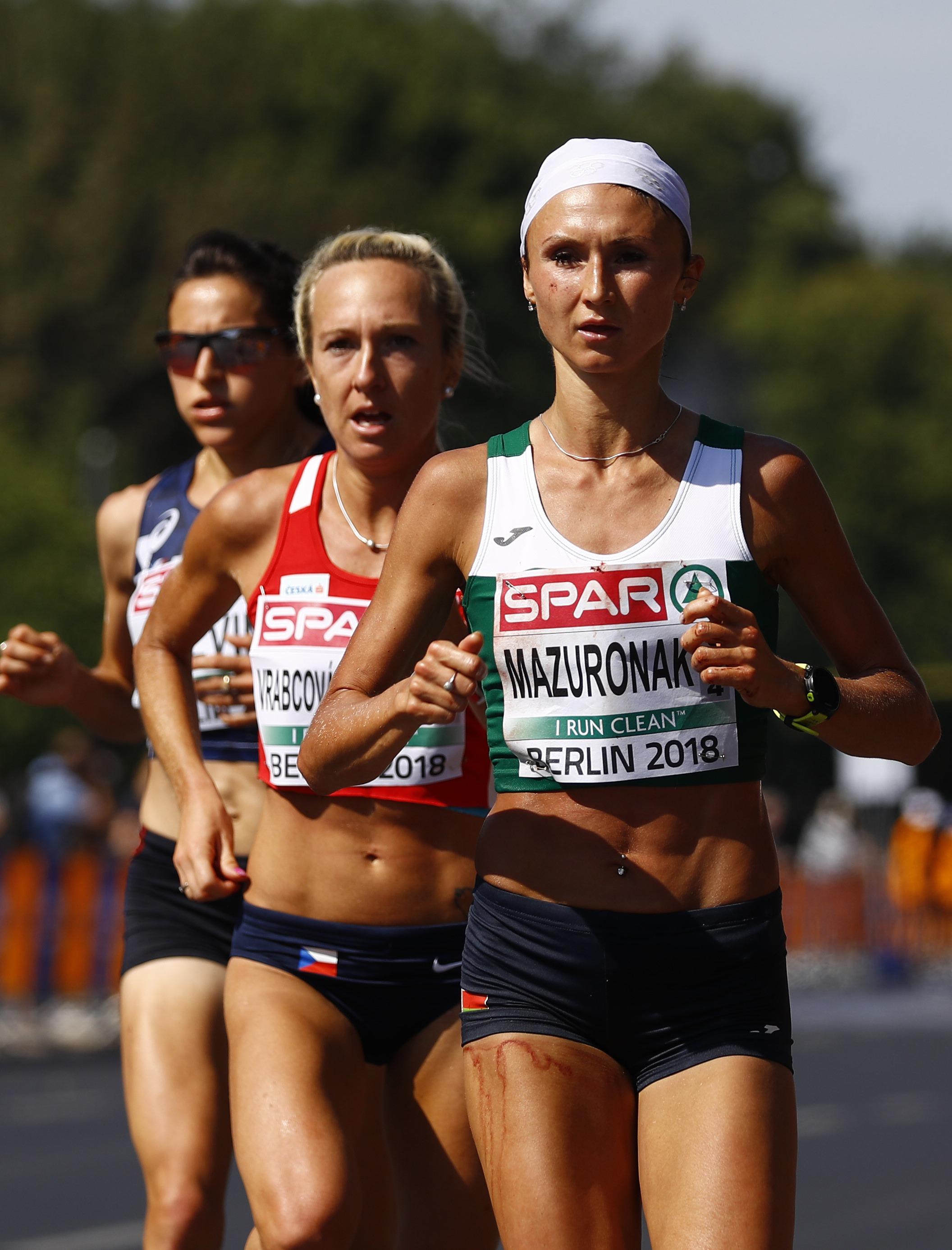 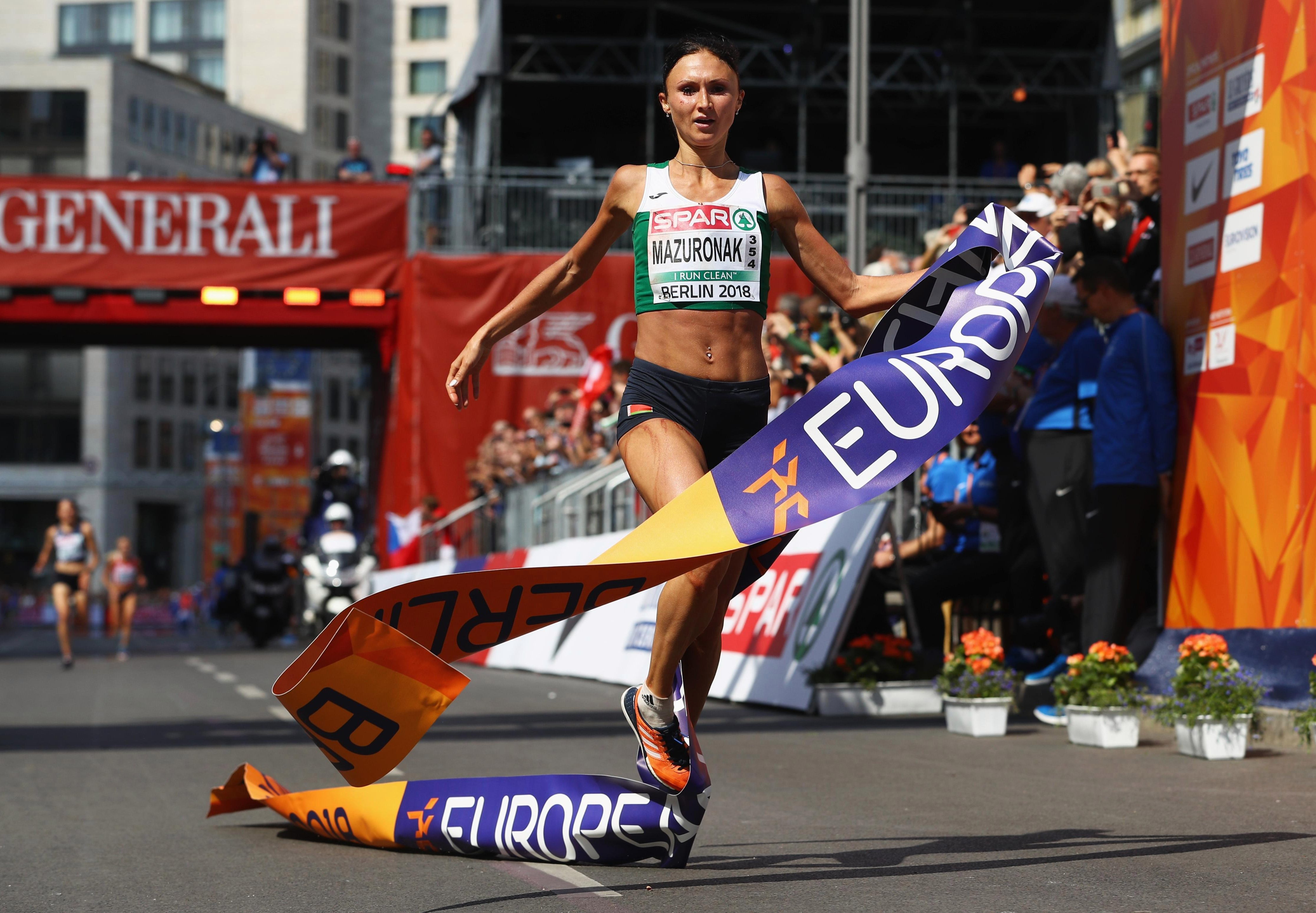 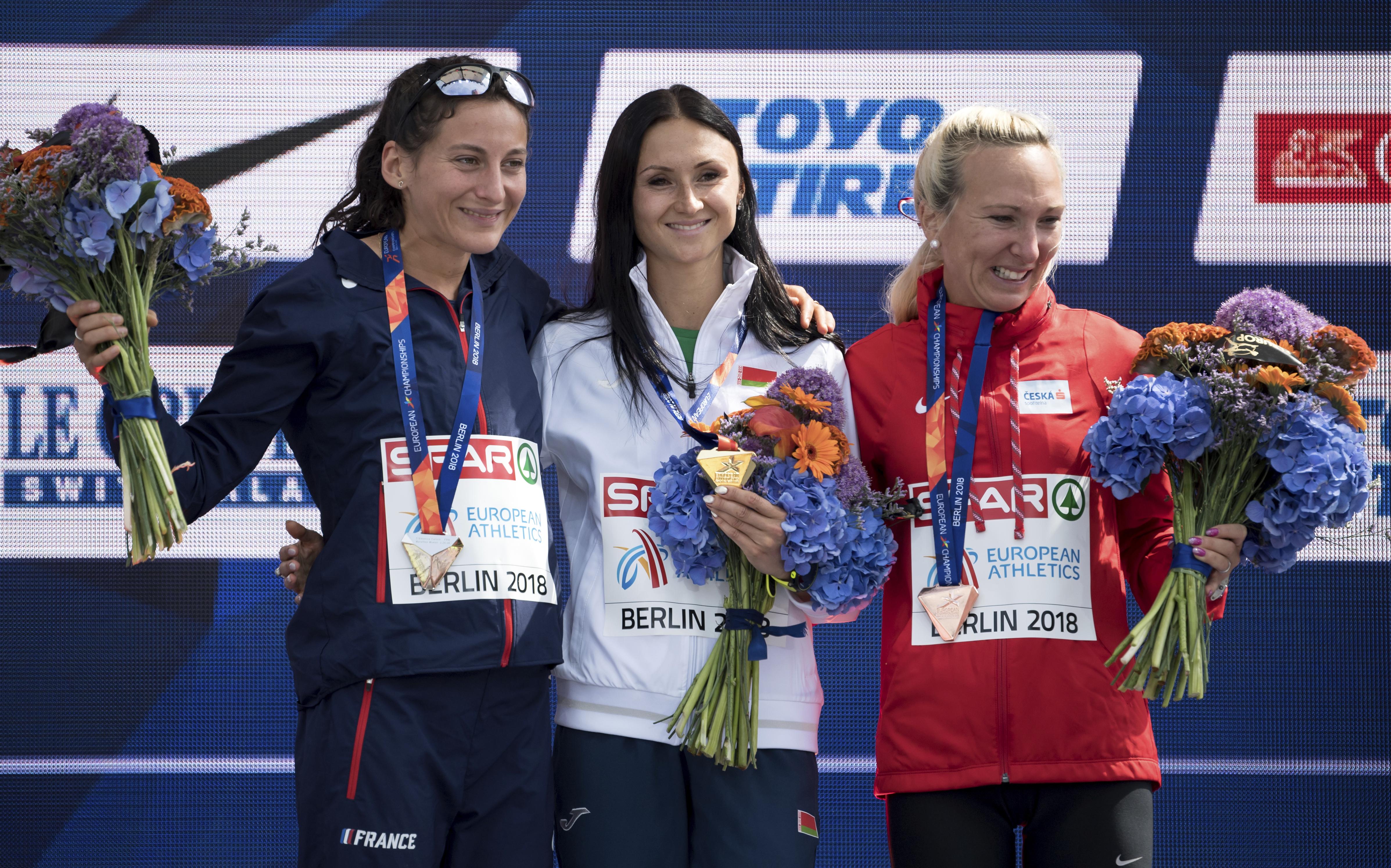 Mazuronak had never before won gold at a major international race, finishing second in the 5000m at the European Team Championships and the Military World Games in 2015.

She holds the national record for the women's marathon, setting her time of 2hr 23min 54secs in the London Marathon two years ago.

Aleksandra Duliba has thrice gone quicker than Mazuronak's record but her timings were annulled when she received a two-year ban in 2016 for breaking anti-doping regulations.

The 2018 European Championships, held across Berlin and Glasgow, started on August 2 and conclude today.