The Gunners were looking to take a decisive step towards Champions League qualification with another victory against the team they have beaten more than anyone else in their history. 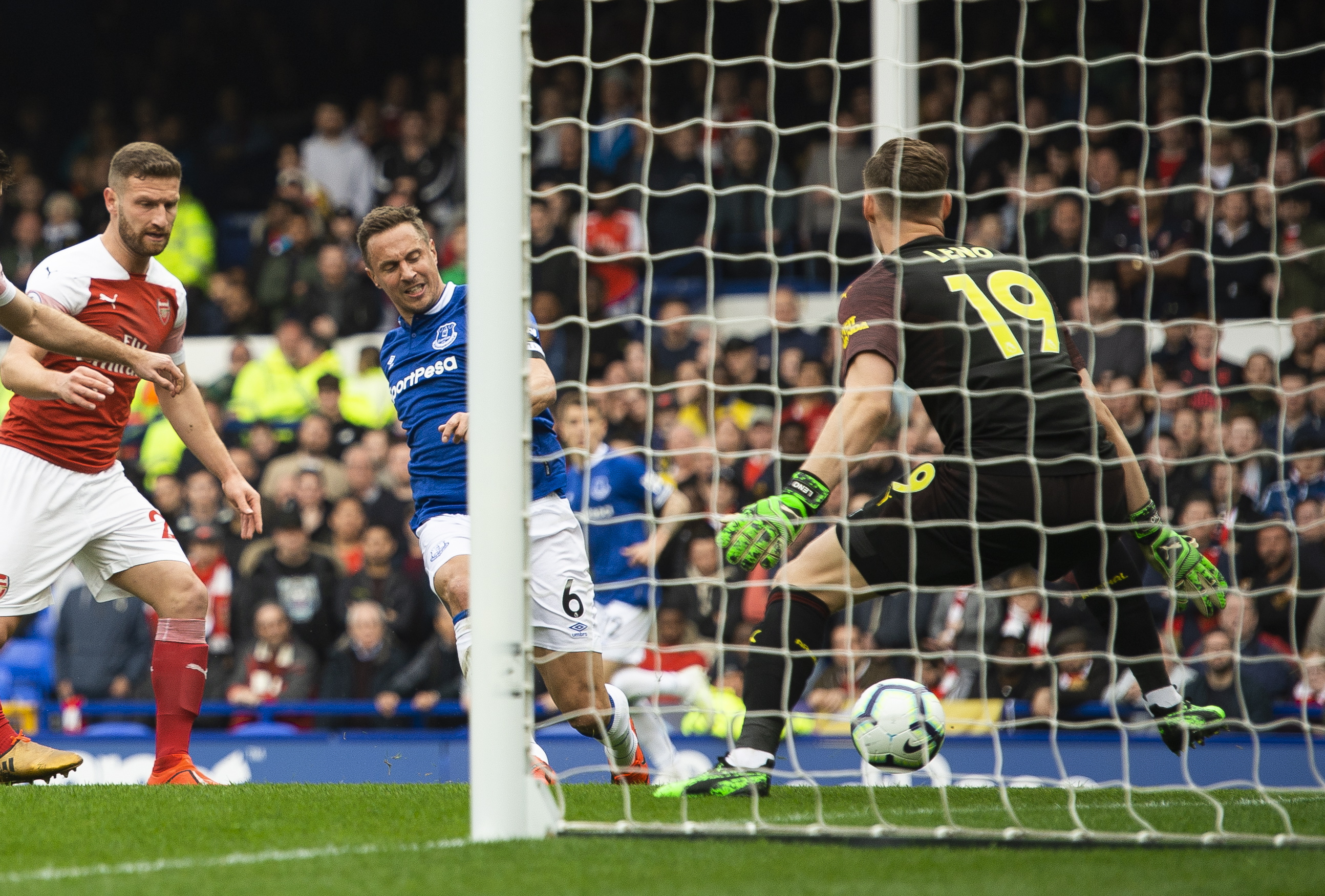 But they were out-muscled by a rejuvenated Everton at Goodison Park and were fortunate not to lose by a greater margin.

Jagielka wasn’t even meant to be playing until Michael Keane was taken ill during the warm-up and the 36-year-old defender was suddenly promoted from the bench.

And he didn’t exactly get off to a flying start in only his third start of the season when he was caught out of position to allow Alexandre Lacazette a second minute shot across the face of goal.

But the former England international quickly picked up the pace and was perfectly positioned to claim his first goal in two years to send Goodison crazy.

It was Jagielka’s 10th minute flick from Lucas Digne’s long which caused chaos in the Arsenal six-yard box and when Dominic Calvert-Lewin’s header cannoned off Sead Kolasinac, the Everton skipper was free to ram the loose ball home.

It meant that Arsenal remain the only Premier League team not to record a single clean sheet away from home this season.

And even worse was to follow for the Gunners when Sokratis received his tenth yellow card of the season for wrestling Calvert-Lewin to the ground which means he will miss the next League games against Watford and Crystal Palace.

Emery had claimed in the build-up to this game that Mesut Ozil had done enough in recent weeks to convince him that his appearances didn’t have to be limited to the Emirates.

But in his first away start since Boxing Day, the lightweight German went missing again, failing to supply the leadership expected of him when he was handed the captain’s armband.

Emery’s decision to start with Aaron Ramsey and Pierre-Emerick Aubameyang on the bench had clearly backfired and it was no surprise when both were sent on at half-time in place of Kolasinac and Mohamed Elneny.

It was a change which immediately gave Everton more to think about as Ramsey volleyed a decent chance over after Jordan Pickford had flapped at a 48th minute cross.

Lacazette’s tame header was comfortably saved as Arsenal looked to step up the pace but Everton continued to threaten on the counter, with Bernd Leno forced into a crucial block to deny Bernard.

Richarlison and Gylfi Sigurdsson wasted further opportunities to put the game out of Arsenal’s reach but there was little danger of Arsenal preventing them from moving to within one point of seventh-placed Wolves. 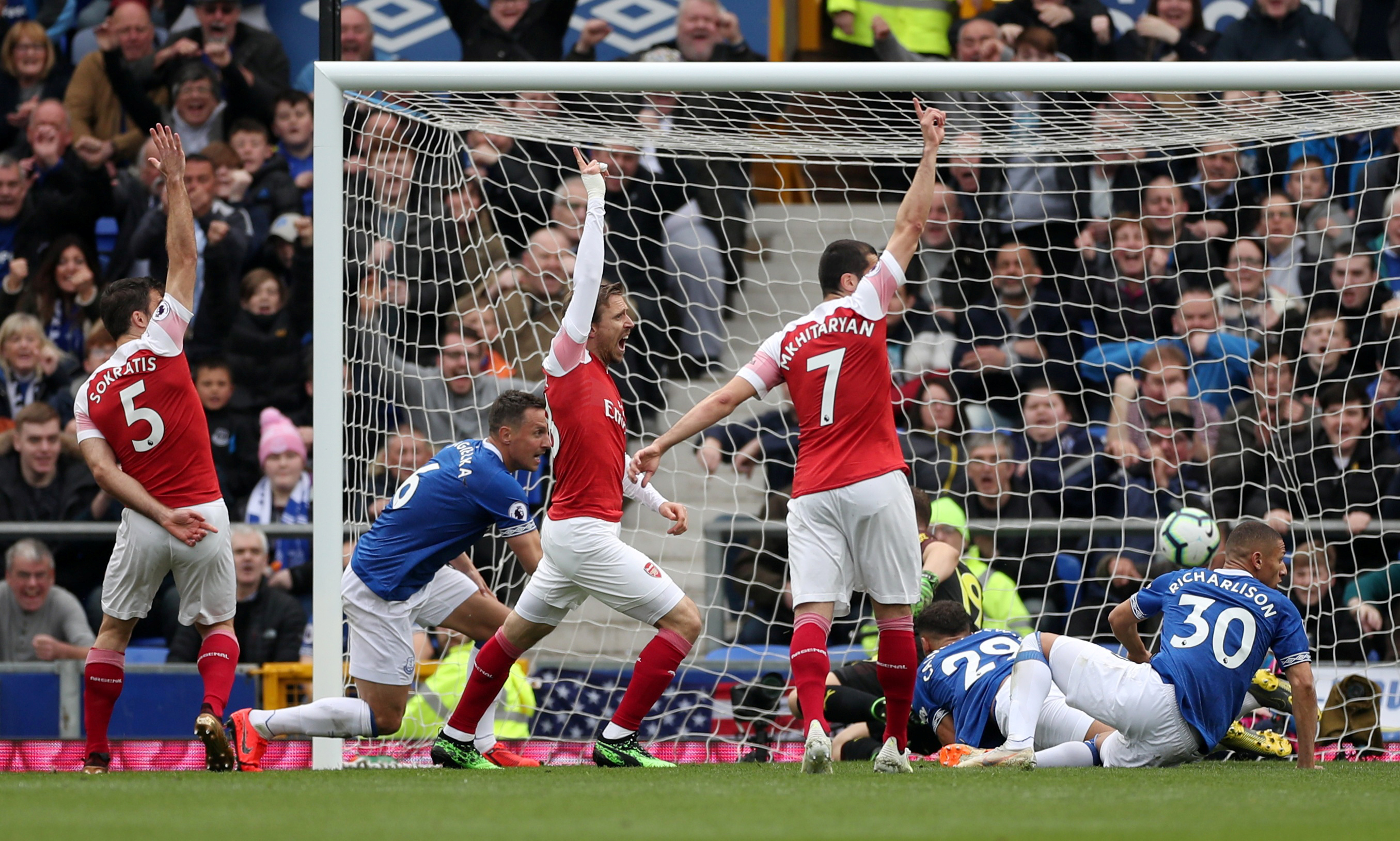 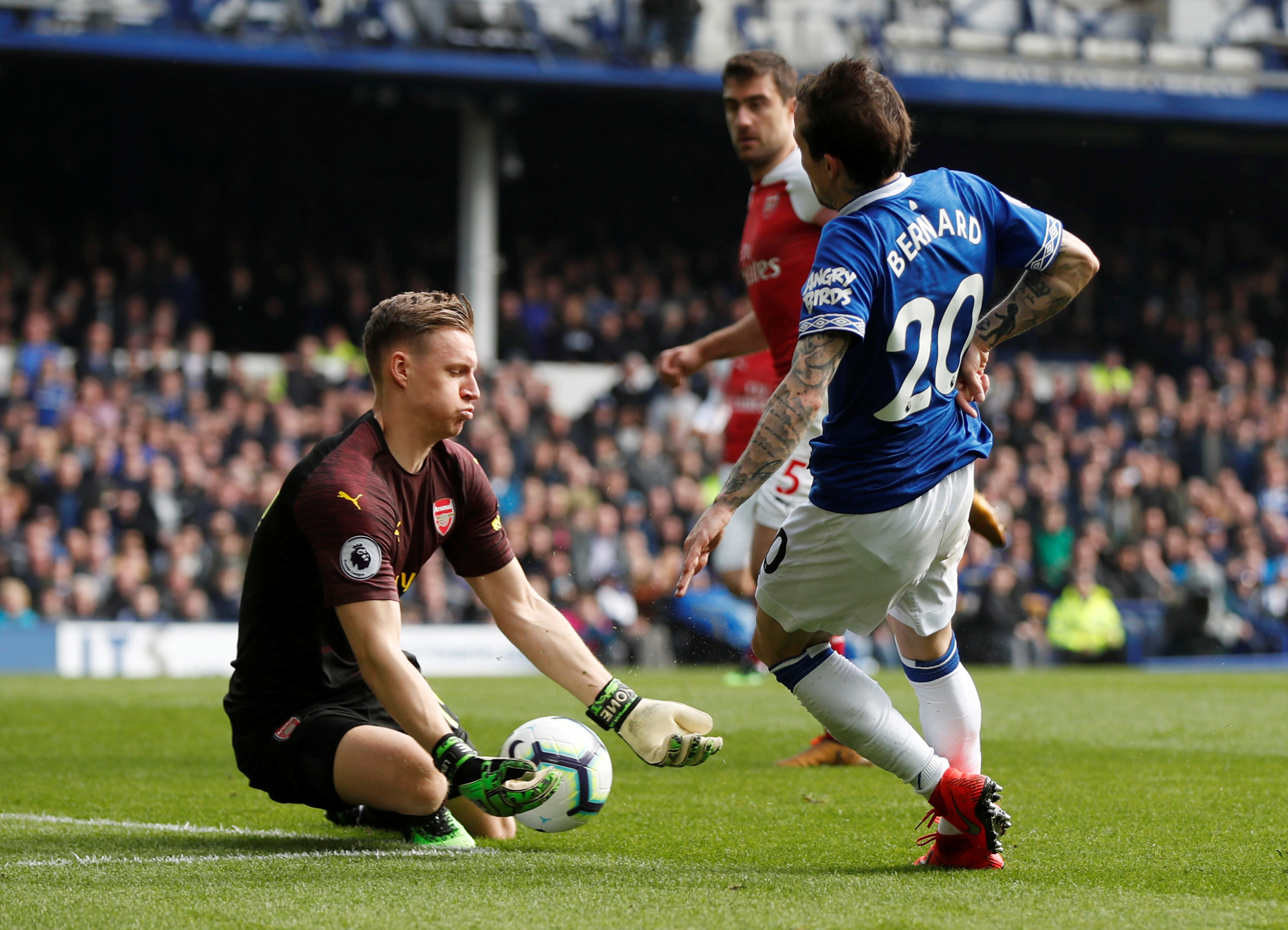