Former Melbourne Storm utility Ryan Hinchcliffe will put himself through the pain barrier as he brings an end to his excellent career.

Huddersfield forward Hinchcliffe has been cleared of a broken jaw and will face Wigan on Thursday  (Friday AEST) in the European Super League before signing off for the final time against Catalans next weekend. 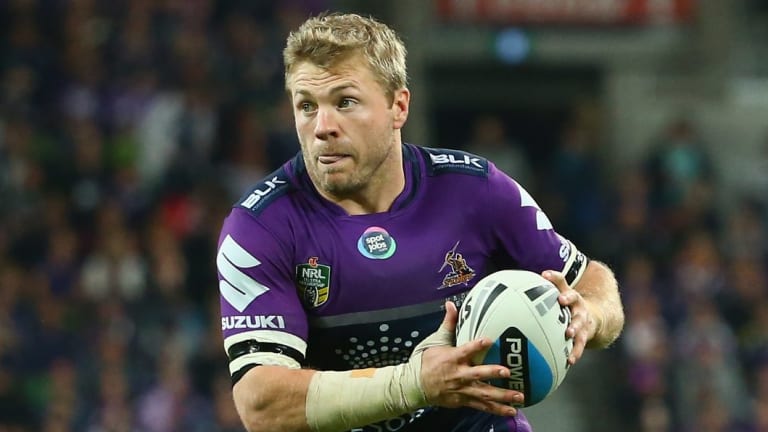 The 34-year-old, who Craig Bellamy once claimed was the most under-rated player in the NRL, has enjoyed three good years with the Giants after joining them from the Storm in 2016, having spent seven successful seasons in the Victorian capital.

The former NSW Country skipper played over 170 matches for the club after joining from Canberra in 2009 and was frequently touted for State of Origin selection before opting to finish his career in the UK.

"He's had a sore jaw for a couple of weeks and we got him in for a scan," said Giants coach Simon Woolford.

"Originally they said his jaw was broken but another specialist said there was no crack there, it's just bruising.

"So Hinchy is fine. He's one of the tough ones in the team and he's played injured plenty of times before. There's no risk, it's a bit of bruising and he's coped with it for a few weeks now.

"It will take a fair bit for Hinchy to miss his last couple of games."

Woolford admitted the Giants were "a tired team" after last Thursday's 44-12 defeat at Castleford, where they conceded five tries in the last quarter, but he is confident he can lift them for two more rounds of the Super 8s.

"We've still got two games to go and it's Ryan Hinchcliffe's last home game for the club and it would be nice to send him off with a couple of wins so there's still a lot to play for," he said.