Wests Tigers’ last game of the season won’t be Robbie Farah’s last game for the club. It’s more than likely the same can be said for Benji Marshall. As for Ivan Cleary? Only time will tell.

There has been a cloud over the future of the trio heading into their season-ending game against South Sydney at ANZ Stadium. 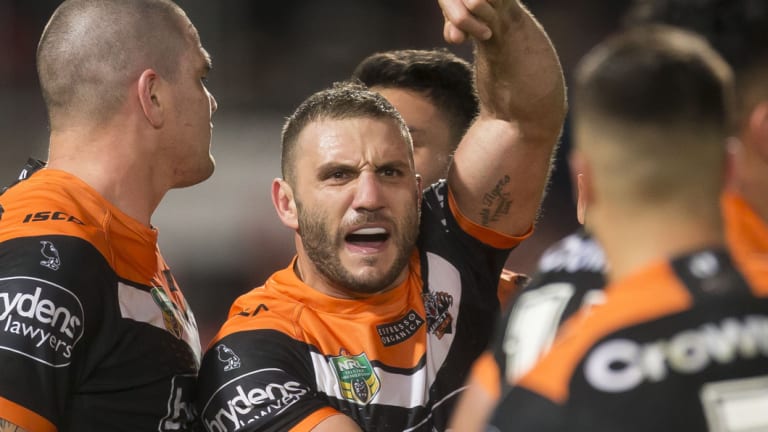 Staying: Robbie Farah will go around one more year with the Wests Tigers.

Marshall and Farah, two of the club’s favourite sons, are off contract. Cleary has two years to run on his deal but an approach from Penrith has sparked speculation he may not honour it.

Cleary has attempted to put the scuttlebutt to bed. During an awkward press conference a fortnight ago, in which he read from a prepared statement, he said: “I intend to honour this contract.” But refused to answer questions about the Panthers’ interest.

The Panthers have subsequently stated they are prepared to wait until Cleary finishes his contractual commitments before pursuing him, a sentiment viewed with some scepticism in league land.

As reported by Fairfax Media earlier this month, the Tigers had tabled Farah a one-year contract extension. The former NSW hooker had indicated he was leaning towards playing on, although the uncertainty over Cleary’s immediate future briefly clouded his own.

Farah has now agreed to terms, ensuring his NRL career stretches into a 17th season.

Marshall has been more guarded about his future. The former Kiwi international was only expected to start in a handful of games this year, coming in as back up to marquee signing Josh Reynolds. However, the former Bulldog was plagued by injuries, resulting in Marshall featuring in 20 games in his comeback season for the joint-venture outfit.

The exertion of playing so many games has taken a toll on his 33-year-old body, but Marshall has proven he still has plenty to offer at the elite level. The fact the Tigers haven’t given them big farewells – whether it be for their season-ending games at Leichhardt, Campbelltown or ANZ Stadium – is a pointer to the likelihood of both playing on. 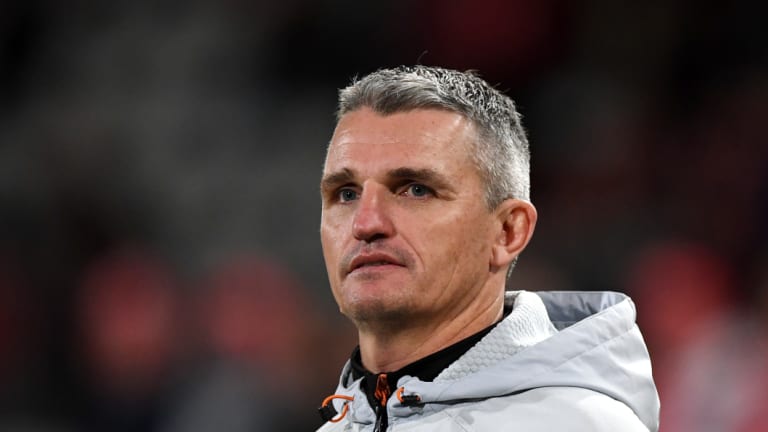 "I would like them to stick around but I've said before it's difficult because it's a big decision," Cleary said on Wednesday. "I'm quietly confident they'll stick around, but I totally respect their decision.
"There's no official timeframe at all. I think we're definitely building a good foundation here and you need that because it's a tough competition. You don't just click your fingers and all of a sudden you're a top four team.

"It does take a bit of time, but I think the club is definitely going in the right direction. And having the calibre of those type of players being with the club is only a good thing."

While the Tigers have again missed the playoffs, they are one of the big improvers in 2018. They will finish their campaign just one spot out of the semifinals, a significant rise after finishing 14th last season.

If the Tigers beat Souths, they will be the first team since Canberra in 1999 to win 13 games and miss out on finals.

"Obviously we would have liked to have been there in the finals," Cleary said. "But you finish where you deserve [and] we're just outside the eight. In years gone by, with this many wins we might have been able to get there but not this year. 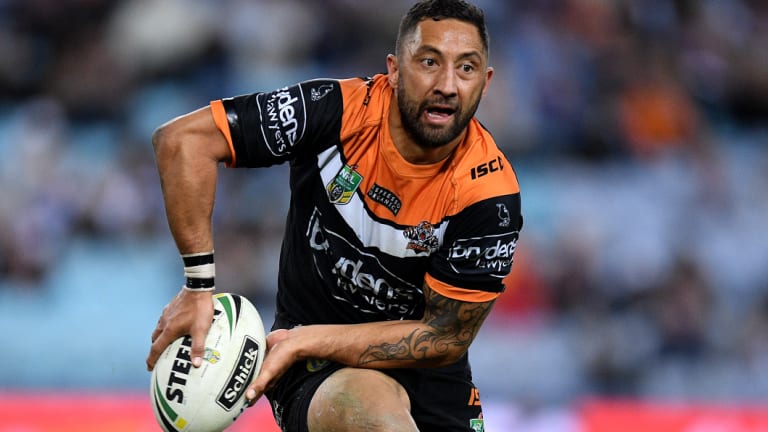 Decision pending: Benji Marshall is yet to announce his plans for the future.

"It's about finishing the year off positively; we'll be able to do that if we play well against South Sydney. I think we're definitely finishing ahead of where everyone thought we would But we're not finished yet, and we'll reflect on it a bit more after the season is over.”

The Tigers are confident they will emerge in a strong position, regardless of whether Cleary attempts to move on.

The former Panthers mentor hasn’t asked for a release and has told Tigers management he doesn’t intend to.

Should the situation change, the Tigers can decide whether or not the situation is untenable and whether they are better going to market, knowing the likes of Wayne Bennett, Michael Maguire, Trent Barrett, Anthony Griffin, Laurie Daley, Kevin Walters and Des Hasler could be available.