Fernando Hierro, one of the great men of world football, senses it too – believing that England can follow Spain out of the wilderness and win a major trophy before long. 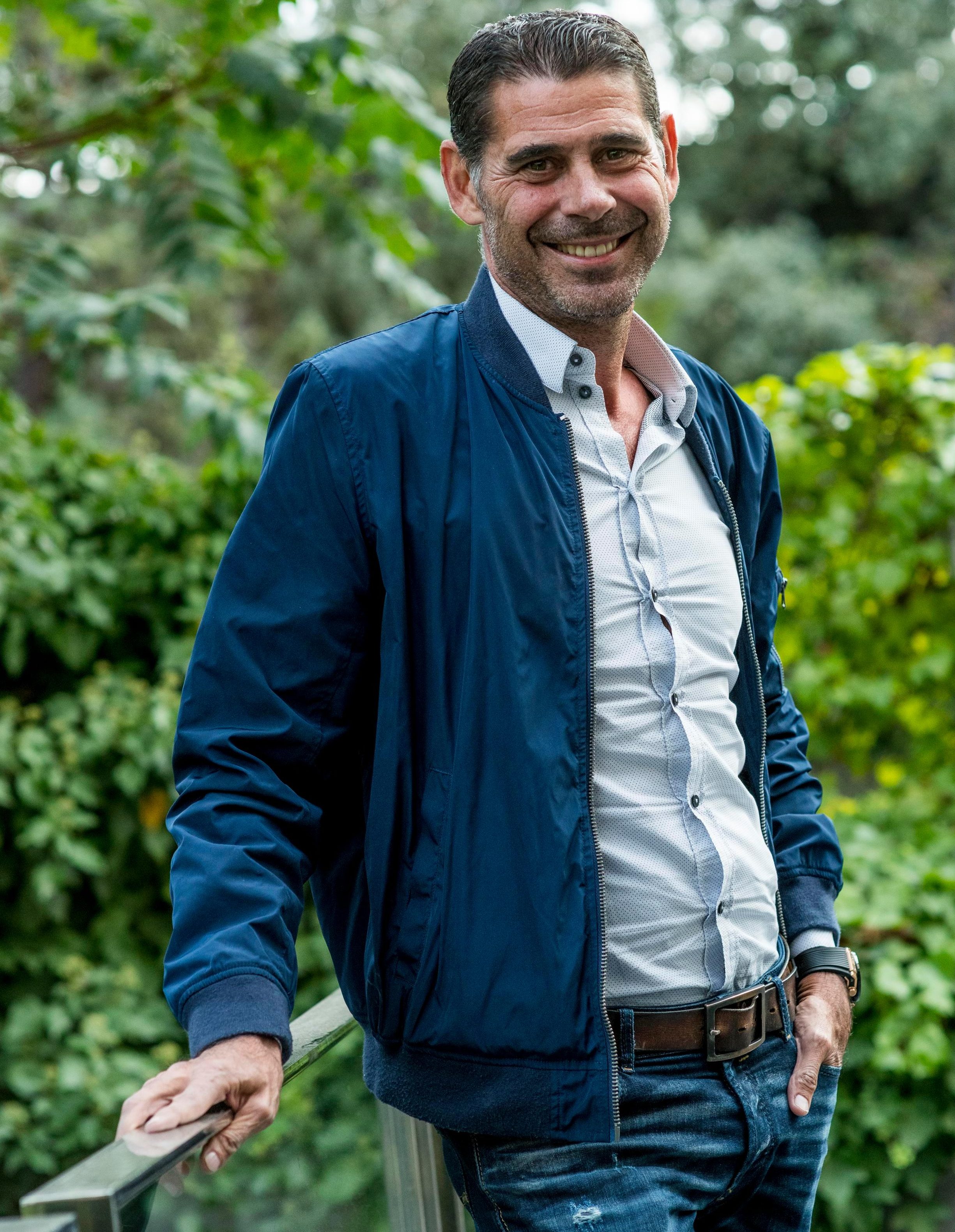 Hierro, who stepped in at the 11th hour to coach Spain at this year’s World Cup, was his national FA’s sporting director when they ended decades of tournament failure by winning Euro 2008 and then becoming world champions in 2010.

And as England prepare to face Spain in Seville on Monday the Real Madrid legend tells SunSport that English football is now on a similar journey.

Players are ridding themselves of inferiority complexes, opening up to new influences and, in the case of new boy Jadon Sancho, even moving abroad as teenagers.

Given his status as a three-time European Cup-winner, it is fascinating to hear Hierro admit that elite Spanish footballers once suffered from a self-doubt we’ve often associated with the English. 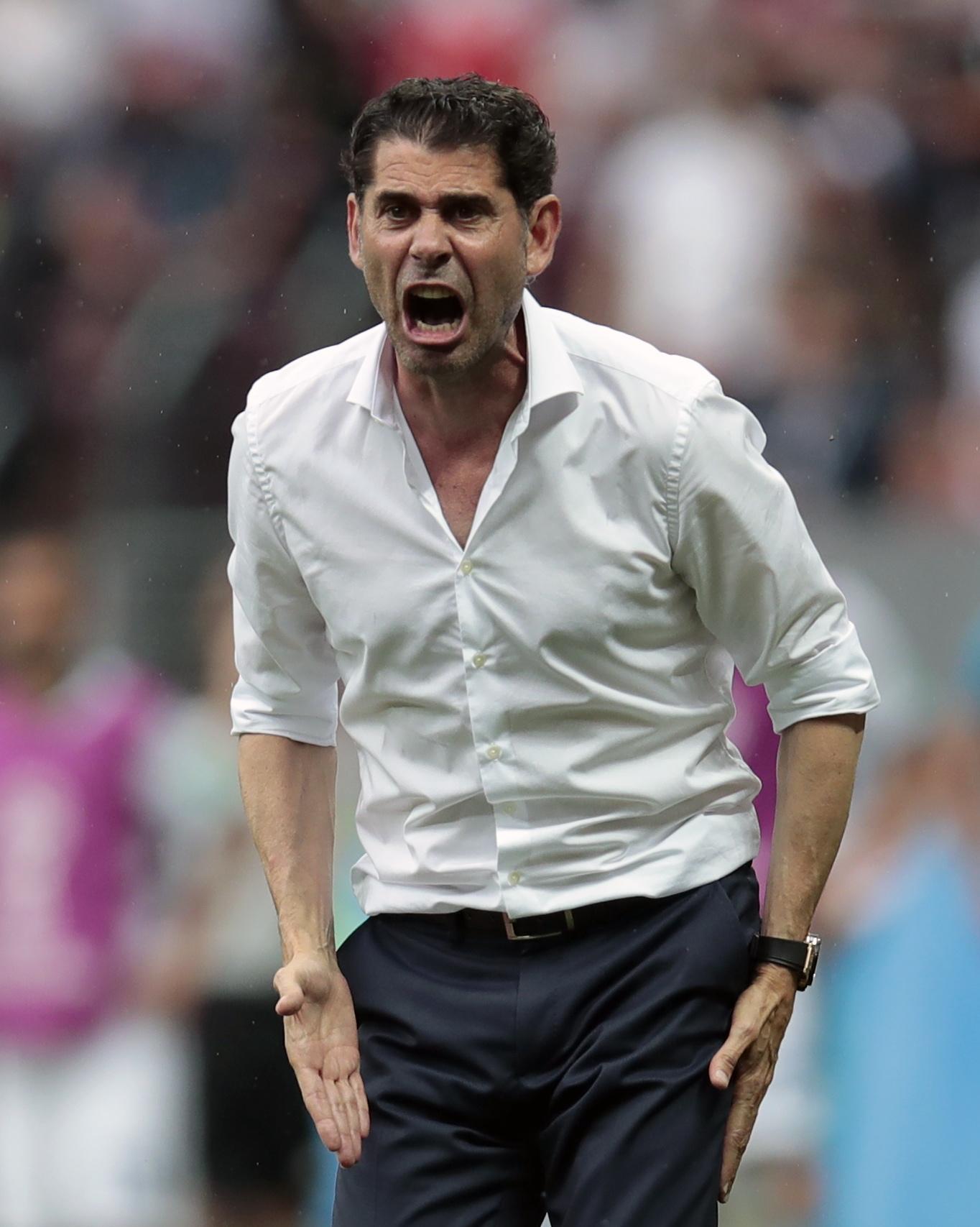 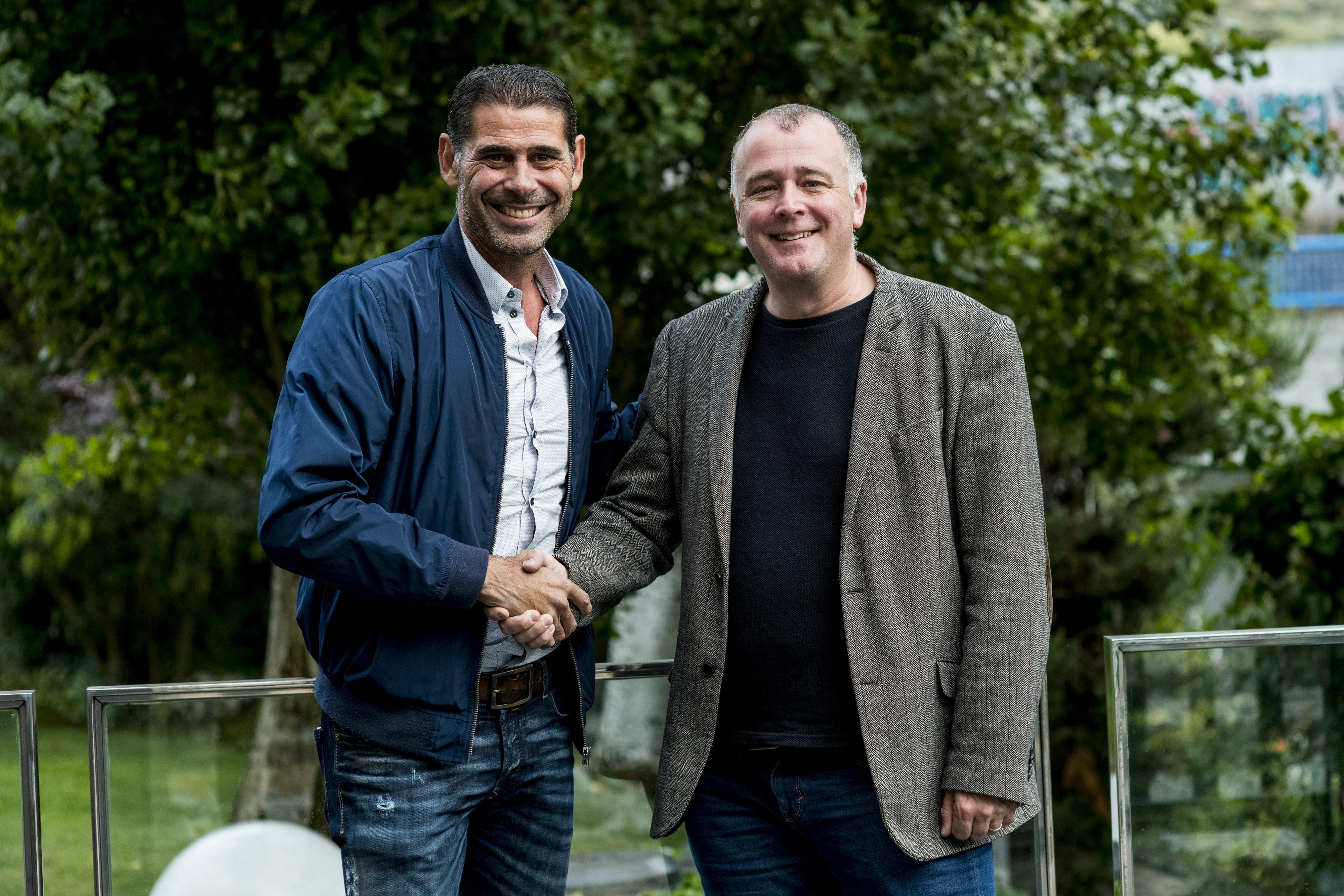 On Sancho’s move to Borussia Dortmund, Hierro said: “It’s unusual but also very good that he goes abroad. It gives him a different mentality, culture and a different type of football.

“We never thought that Spanish players could adapt to playing in Germany, Italy, France, England.

“We always thought other countries asked for the physical side more than technique. Now we see that players with good technique are welcomed everywhere.

“Once everyone doubted whether a Spanish player could adapt to the Premier League but now they sign players from all over and I think that’s enriched English football.

“The different concepts, the players and coaches with all types of nationality has been enriching.

“The same thing happened in Spain when coaches from South America, Italy, France, Germany came to us.

“You have to open your mind and that’s what England has done. It’s enriched the England teams for the present and future.” 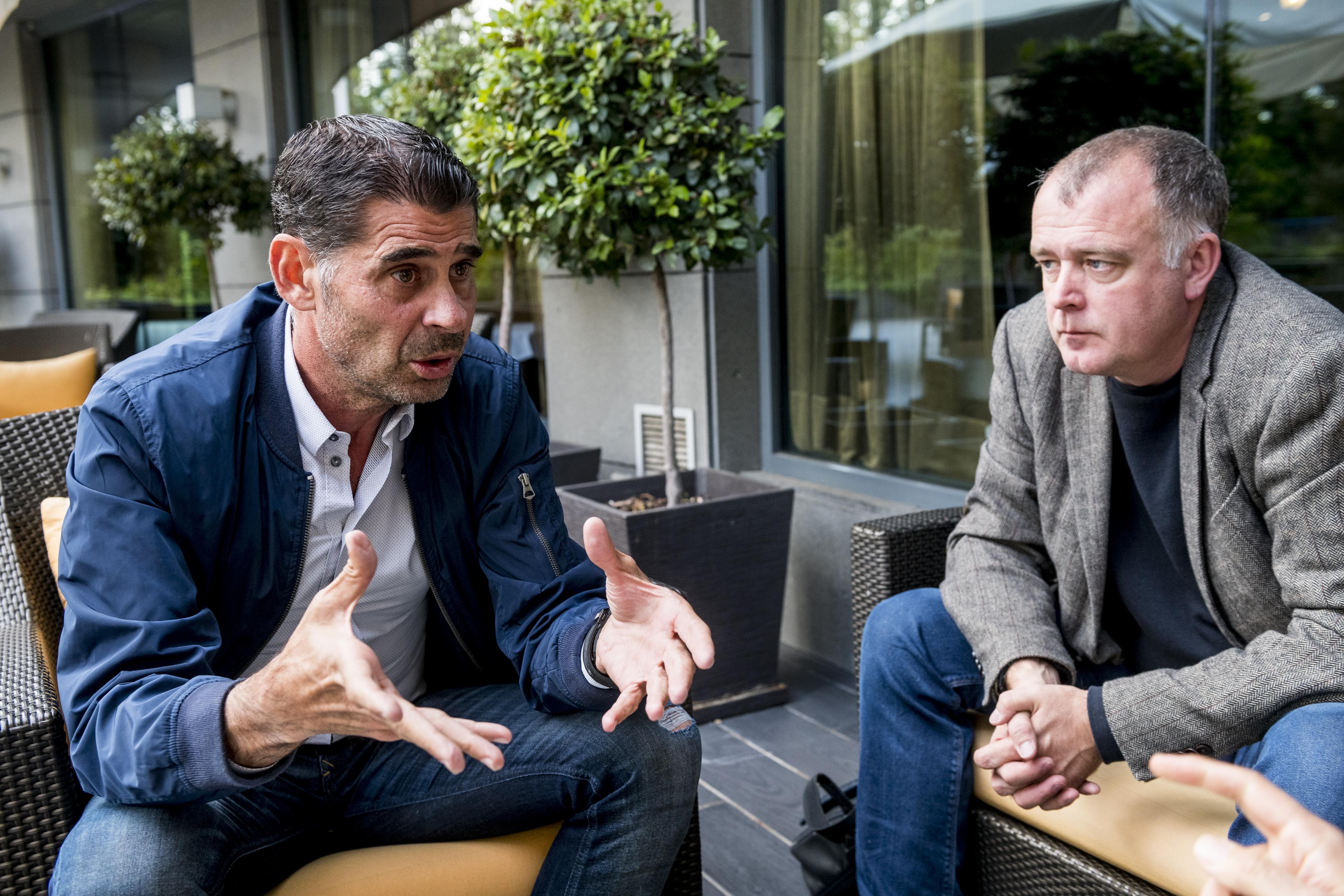 Before he was propelled into the manager’s job by Julen Lopetegui’s sacking on the eve of the World Cup, Hierro had a second spell as Spain’s sporting director when he witnessed the rise of England’s youth teams.

And the likes of Manchester City starlet Phil Foden convinced him that England’s future is bright.

He said: “I saw England Under-17s and Under-20s won their World Cups and that indicates a very good generation on its way.

“We also saw England’s performance in Russia with Gareth Southgate doing a great job – and with players of an average age which isn’t very old.

“I believe England is preparing very well for the future. What’s changed is that it’s been realised the development of young players at international level is very important.

“I saw the under-17s World Cup final. I saw technically very good England players and with strong physiques. They beat Spain 5-2 when six months previously they had lost to Spain on penalties in the European Championships.

“That shows you the progression of young players, like Foden from City.

“I think in the not too distant future we’ll see England challenging for titles.

“Sincerely, I think England are working very well. They have a lot of money but they are doing a good job too, they’ve built a good sporting complex (St George’s Park) for the England teams and without doubt they’ll make a big leap.

“It’s like what happened to us in Spain. We always talked about how great our players were, but if you don’t win titles…”

Despite England’s progress to the semi-finals in Russia, Spain defeated Southgate’s men 2-1 in last month’s Nations League opener at Wembley.

Yet in skipper Harry Kane, Hierro believes England have a world-class frontman. 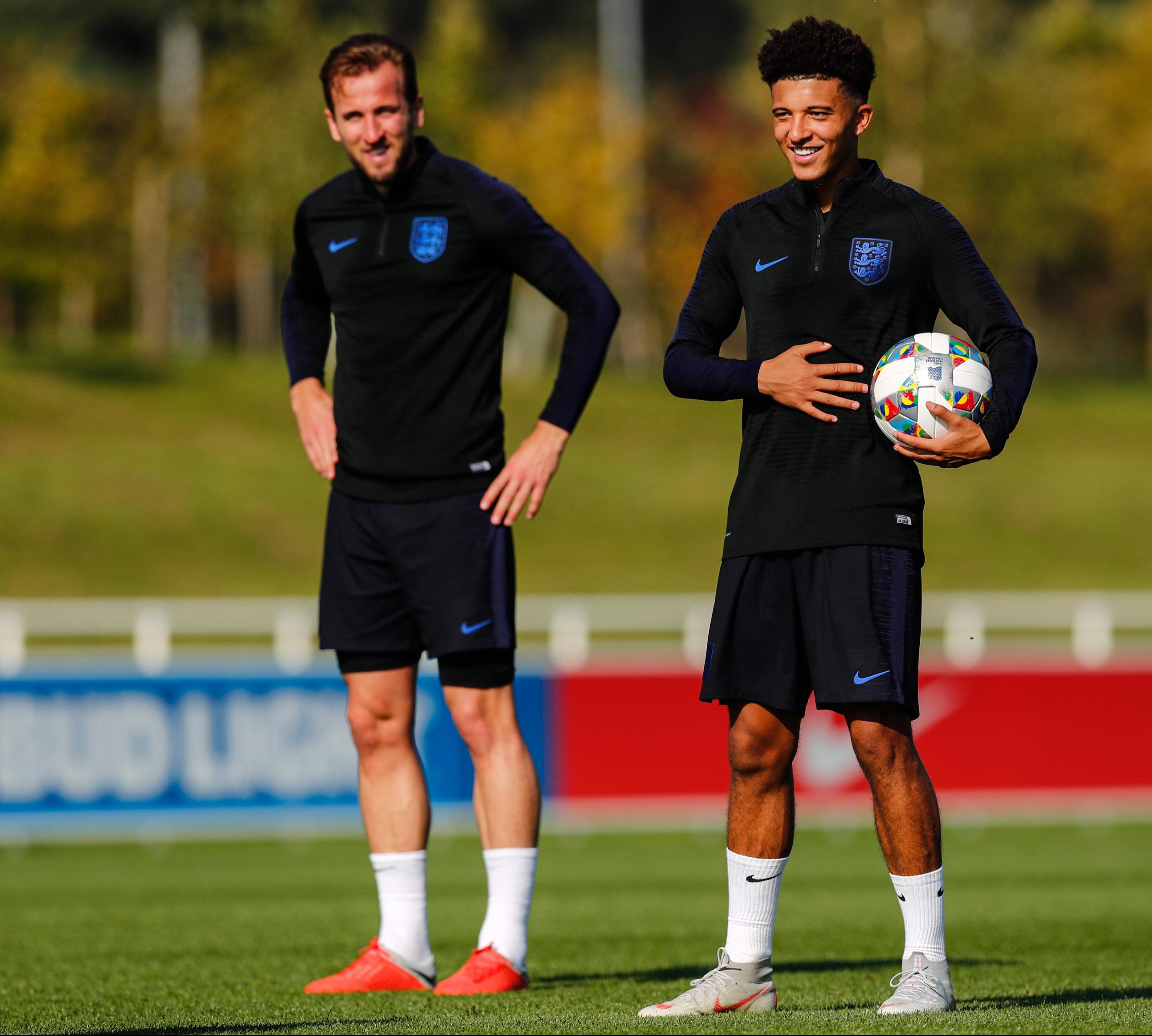 Hierro said: “Harry is a magnificent goalscorer and perfectly capable of playing for any great club in the world.

“He’s got the feeling for goals – the instinct, physique, ability and at an age where he can still improve.”

SunSport met Hierro in Madrid – where he will always be regarded as a great after winning 16 major trophies in more than 600 appearances for Real.

His surname is literally translated as ‘Iron’ and he was one of the toughest defensive players on the planet.

Yet there is a hint of pain in Hierro’s voice when he notes that tournament progress can hang on ‘small margins’. 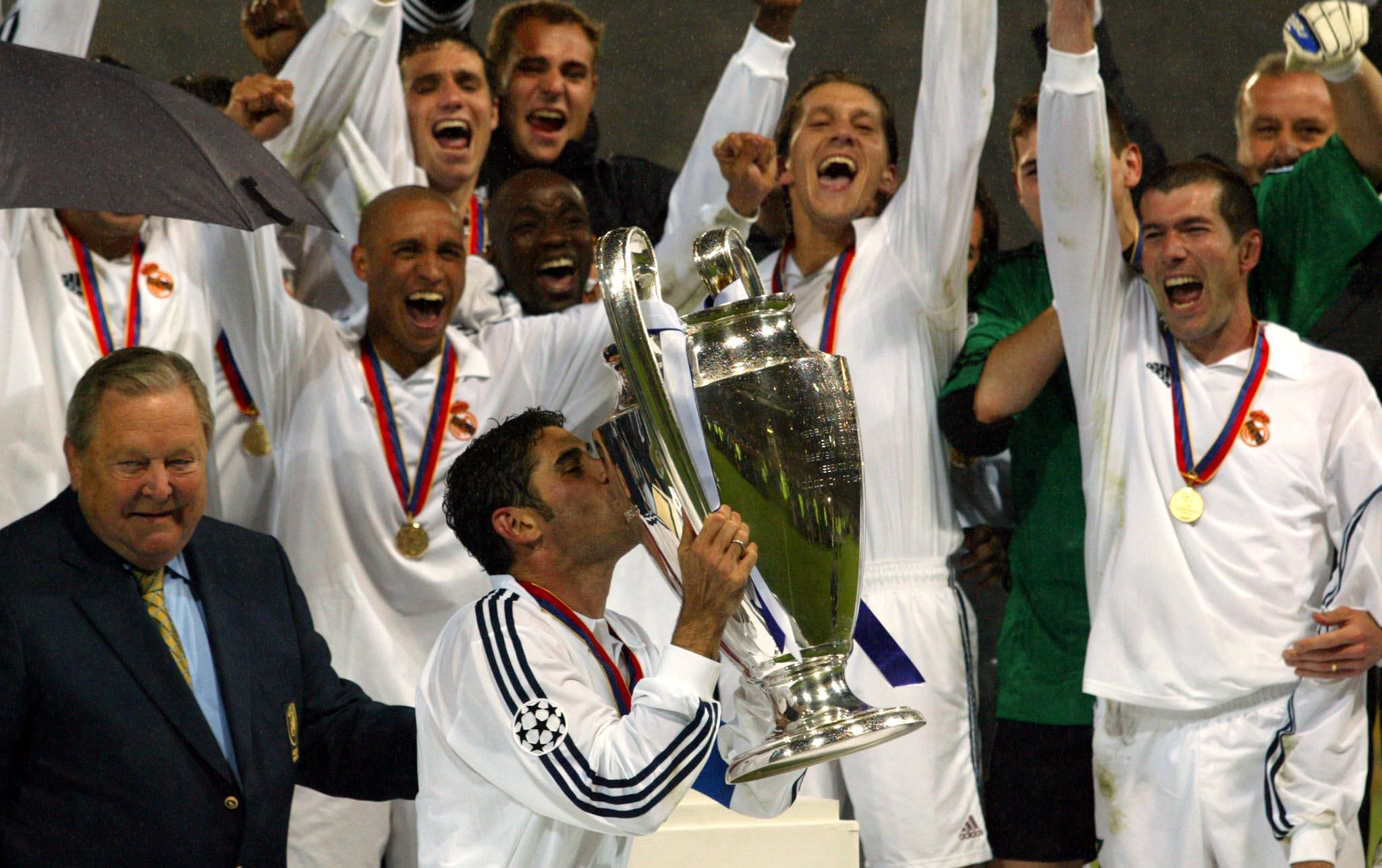 While Southgate’s England won a last-16 penalty shoot-out against Colombia, Hierro’s Spain lost on spot-kicks to Russia, despite having boasted 74 per cent possession and completed more than 1,000 passes.

Hierro, 50, concedes the tournament may have seen a tactical watershed with domination of possession no longer such a key to success.

“World Cups set trends in football,” he said, “and maybe it’s not so important anymore to control 60 or 70 per cent of possession?

“It’s easier to defend than attack, there was a lot of direct football and set-pieces were important. Above all, a fast transition of play is now important.

“I’d say possession was so important for many years, but for the last World Cup it wasn’t.”

Hierro left the Spanish FA following the World Cup but insists he doesn’t regret stepping in when Lopetegui was axed, after the revelation that he’d agreed to succeed Zinedine Zidane at the Bernabeu. 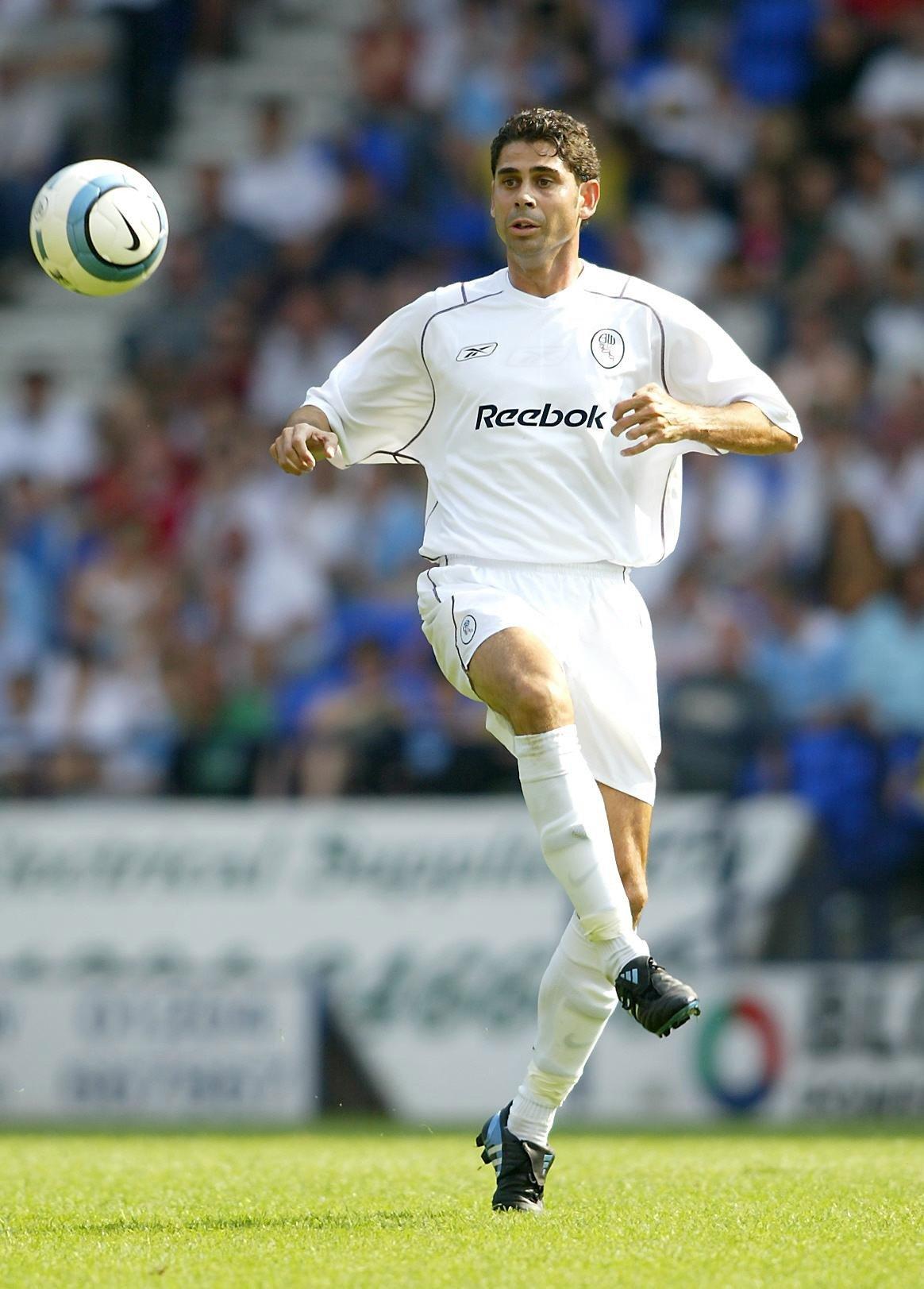 He said: “I’ll always keep the experience with me. It was special circumstances, but a fantastic experience.

“The call came just 48 hours before (Spain’s first match) and I did what I had to do. Inside I’m completely at ease with myself. If the same situation happened again, I’d do exactly the same.

“I’ve been with the national team for almost 18 years as a player and sporting director. You have to take responsibility and that’s what I did.”

And the former Real Oviedo head coach added: “I’ve had lots of possible (employment) alternatives since but I want to take time and clear my mind, to be calm until Christmas.

“Right now, though, I think it’s possible that I will be a coach again.”