Carlton have undertaken an extensive review of their fitness and conditioning regime, having hired a former Western Bulldogs official from Ernst & Young to complete the review.

The Blues have brought in former Bulldogs football department boss Graeme Lowe to have an independent assessment of their ‘‘high performance’’ program, following a season in which the club has lost a large number of games to injury and struggled on the field. 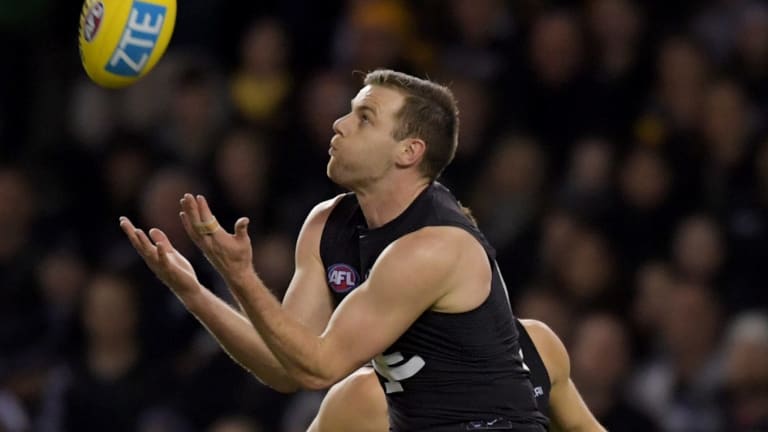 Sam Docherty is one of a long line of Blues injured this season.

Lowe has been speaking to staff and some of the players for the review of the fitness-conditioning program over the past month.

The review is expected to be completed next week, after the final game against Adelaide.
While the Blues are among the highest in the AFL for games lost to injury this year, they say the review is a case of ensuring that their conditioning and fitness regime – which includes conditioning, sports science and physios – has ‘‘best practice’’ rather than searching for scapegoats after another tough year on the field.

The Blues, who rank with Collingwood and Adelaide for games lost to injury in 2018, note that the bulk of their injuries are ‘‘collision-based’’ – such as ankles and shoulders – rather than soft-tissue injuries such as hamstrings, groins and quadriceps.

Clubs tend to question the management of soft-tissue injuries more than those sustained via collisions.

The review encompasses all areas of the conditioning-fitness program, with Lowe having been the Bulldogs’ high performance manager prior to becoming general manager of the Dogs’ football department, a position he filled until last April.

Carlton chief executive Cain Liddle confirmed to The Age that the Blues had brought in Lowe for the review. “For the past month, Graham Lowe, an independent consultant from Ernst & Young, has conducted a thorough review of our high-performance area,’’ said Liddle.

‘‘The basis for this review is to ensure we continue to invest in the development of our athletes and commit to best-practice standards across all facets of high performance.”

The Blues are confident that their methods in conditioning are sound, but they believe the review is still necessary for potential improvements.

Carlton already know that the team’s running capacity, as measured by GPS data, is not an issue – the numbers say that the Blues are running further and faster than most opposition sides, despite their relative youth.

The injury toll, though, has been significant, even if it has been obscured by the team’s struggles on the field. Sam Docherty missed the entire season after a knee reconstruction in pre-season, while injury-hit skipper Marc Murphy has played just 12 games, Giants recruit Matt Kennedy has missed a significant chunk after ankle problems, key defender Caleb Marchbank has played just 11 games, Lachie Plowman 13 and Tom Williamson has missed the whole season. Matthew Kreuzer has recently missed games with a heart problem. Jarrod Garlett had a shoulder operation.

Lowe had worked with New Zealand’s All Blacks before he joined the Bulldogs.