Hull KR's young Australian centre Andrew Heffernan has been released from his contract and is set to take a 12-month break from rugby league to continue his recovery from a long-standing concussion.

The former Penrith player has not played for the Robins since early April when the latest in a series of head knocks forced him from the field in the victory over Widnes, with specialists later advising the 23-year-old not to play again this season. 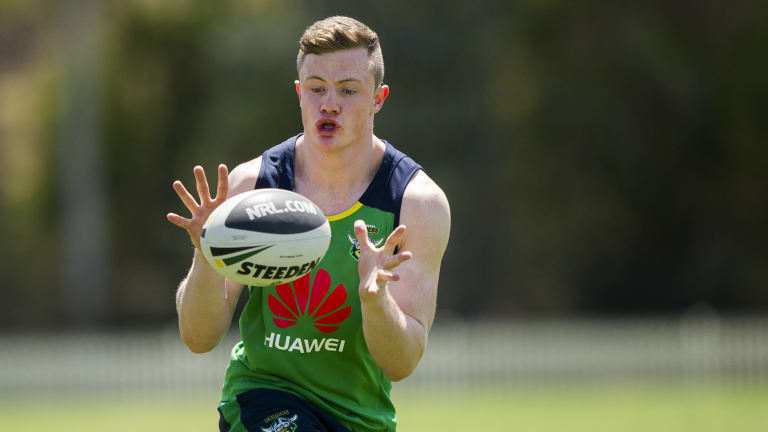 However, having still experienced symptoms whilst training and in his day-to-day life, Heffernan has made the decision to return to Australia and focus on his long-term health.

Heffernan scored 20 tries in 31 appearances for the Robins and was named the club's young player of the year and community clubman in his debut season in their promotion-winning campaign in 2017.

"Since my last concussion back in April, I've seen a number of specialists and I've worked through a rehabilitation programme," Heffernan told Hull KR TV.

"It took a long time to work out exactly what was going wrong but we were able to pinpoint it and we found out that, while my brain and cognitive function was working well, I had some damage to my vestibular system.

"This continues to give me some symptoms during my day-to-day activities so I'm just working through that at the moment and building up gradually.

"It was a very tough decision but I came to the realisation that I had to focus on my health for this next period.

"It's been the most difficult injury that I've had. I've had some shoulders done and other injuries throughout my career, but because it was affecting me day-to-day, and still continues to, it makes it a very difficult injury.

"Globally, I don't think we have the best understanding of concussion yet, we're still learning about it and hopefully I can use my experience to help other players moving forward and that's what I've tried to do both at the club and at the RFL."

Hull KR coach Tim Sheens said: "We are sorry to see 'Heff' leave the club and return home to Australia to be closer to his partner and his family, but we are fully understanding and supportive of his decision."