Home » Sport » From Black Caviar to Winx, with love

Among the many congratulatory messages trainer Chris Waller fielded on Saturday evening, after super mare Winx set a new Australian record of 26 consecutive wins, was a phone call from the Broome Cup.

On the other end of the line was Peter Moody, the trainer whose mare, Black Caviar, had held the previous record.

"One of the special things yesterday, I got a call from Peter Moody last night," Waller said on RSN 927's Correct Weight on Sunday.

"We'll never take away Black Caviar's record of being unbeaten.

"It's just great with the two great horses, and remembering Makybe Diva not so long ago, and all the other great horses along the lines that keep everybody following racing.

"Hopefully Black Caviar and Winx bring a lot more on board as well." 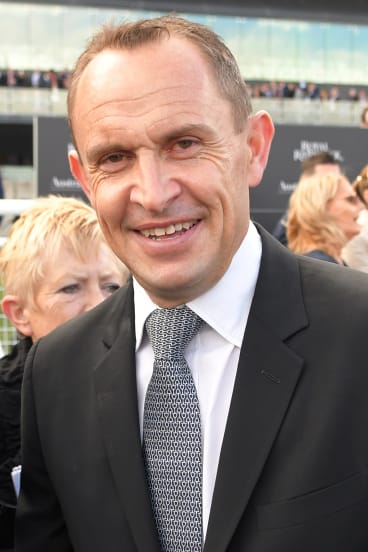 Trainer Chris Waller after Winx brokje the record on Saturday.

Waller said he felt his seven-year-old mare was better and stronger than at any time in her career.

"It's possible (she's better than ever). She's moving well, looks great, she's stronger, and her body language – which is what we basically go off – is as good if not better than it's ever been, so there's plenty of positive signs to say she could be. There's no signs to say she's no better," Waller said.

Winx registered her record-breaking victory with a two-length win in the 1400-metre Group 1 race that carries her name (the Winx Stakes) on Saturday.

Waller said "it seeems pretty logical" that the seven-year-old mare would next aim for a third consecutive win in the Colgate Optic White Stakes (George Main Stakes) at Randwick on September 15, then the Turnbull Stakes at Flemington on October 6 on her way to chasing a fourth Cox Plate win in a row.

"We like to space her races, and take one race at a time at this stage," Waller said. "I think through spacing her races, it's been about longevity, and as a result, she's racing so well now.

"For perspective, yesterday was just her fourth run since the Cox Plate. She could run any week we want her to, but longevity is key."

Waller said Winx looked to be in "super" nick on Sunday. "She pulled up really well. It's as good as I've ever seen her pull up, actually," he said.