Fulham became the first newly-promoted English top-flight team to spend that amount on signings in a summer as they strengthened their squad for season ahead by bringing in 12 new players. 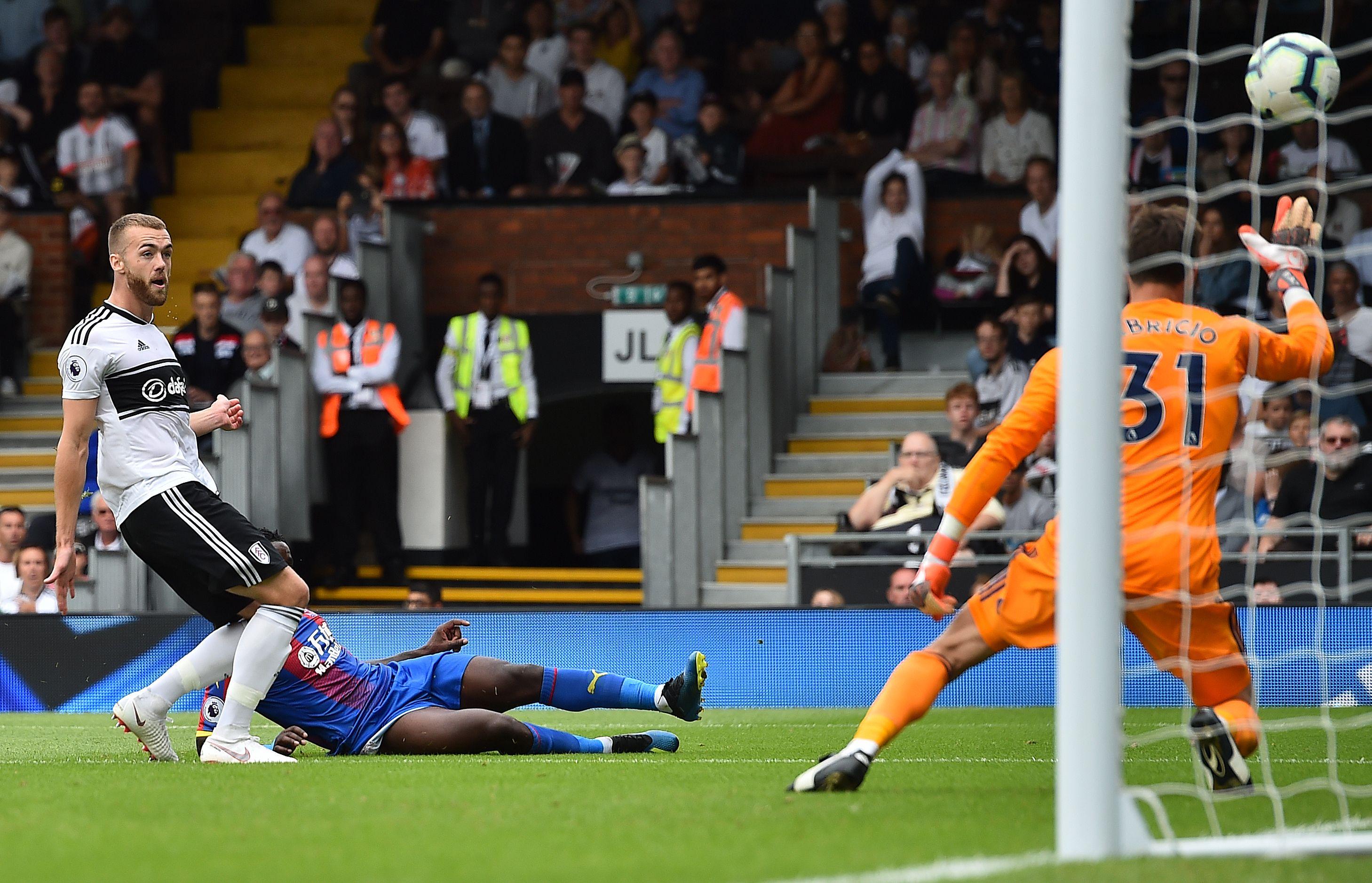 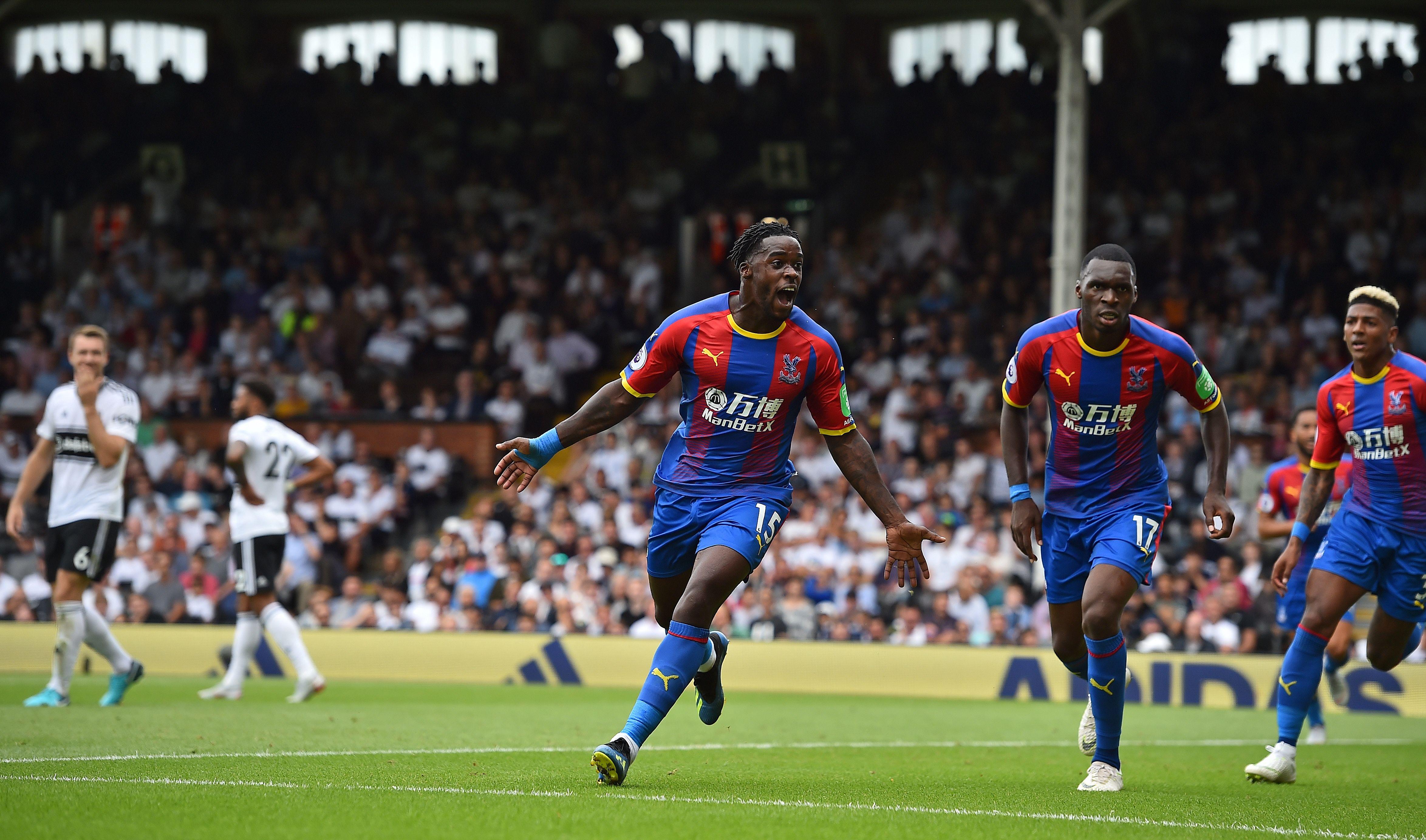 But that huge investment failed to to pay off here as they lost to a club that had spent just £9m.

Cottagers boss Slavisa Jokanovic named seven of those new acquisitions in his starting XI. They included striker Aleksandar Mitrovic, who made his move from Newcastle permanent after a successful loan stint last season.

And Fulham started brightly with Cyrus Christie having a low shot saved by Palace keeper Wayne Hennessey in the third minute.

The Cottagers continued to look dangerous going forward but they almost conceded when Christian Benteke headed Andros Townsend’s cross against the bar on the half hour mark. 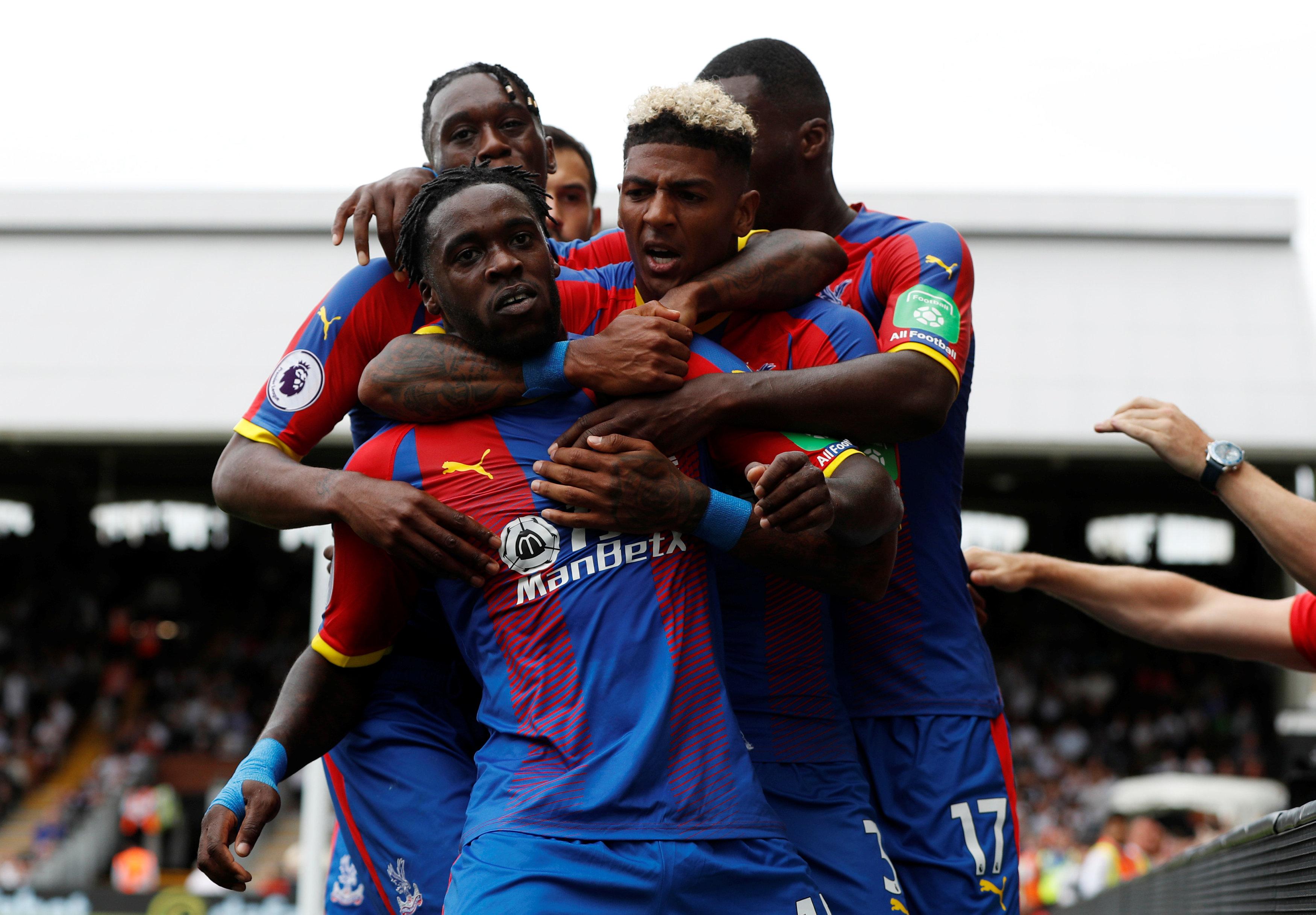 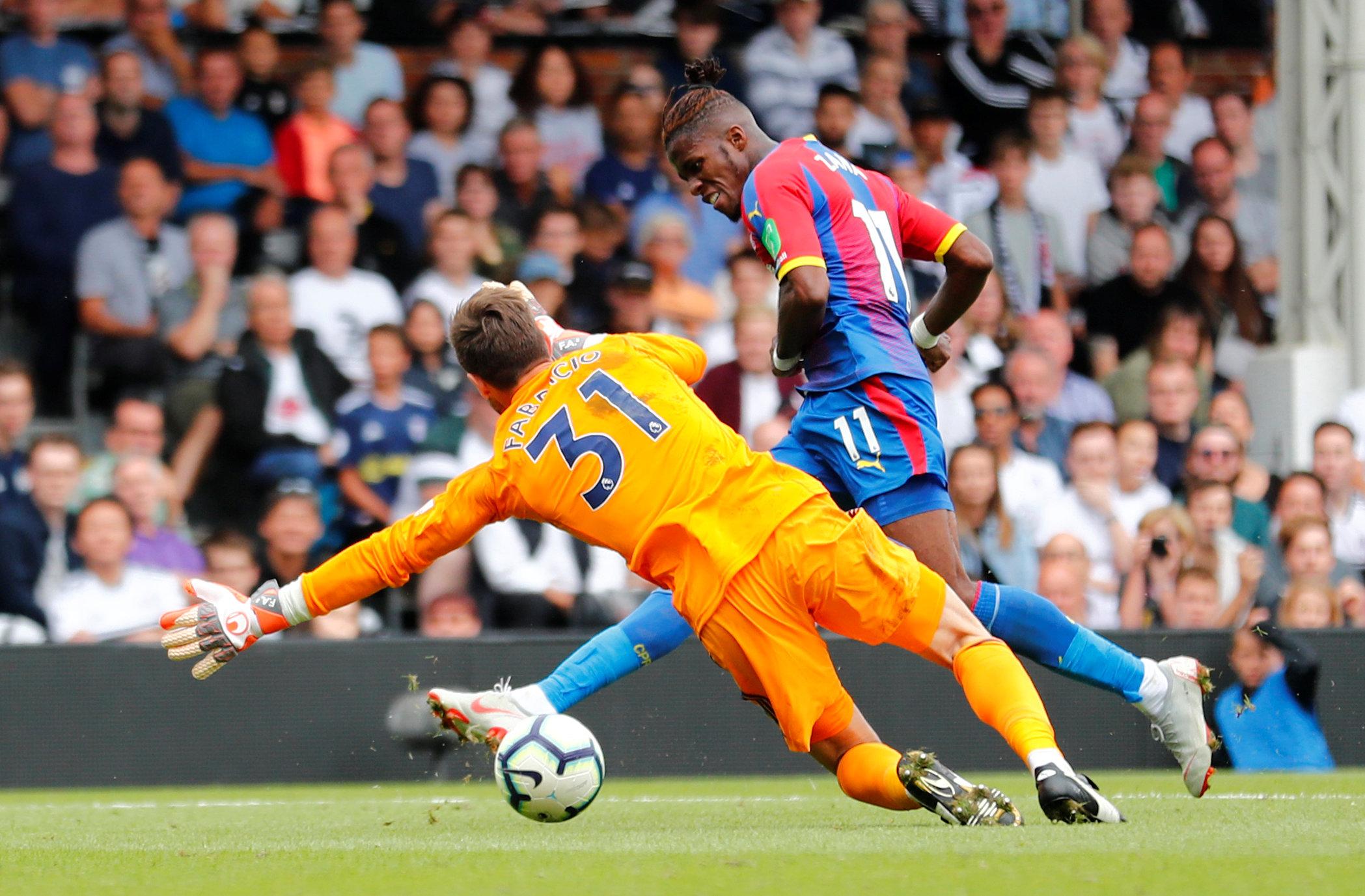 Mitrovic, who had earlier had a shot save tipped away by Wayne Hennessey after turning James Tomkins on the edge of the area, produced a carbon copy effort in the 37th minute, only this time it was Mamadou Sakho, who got turned by the Serb.

But it was Schlupp who put Palace ahead when he held off Calum Chambers and fired a shot into the roof of the net from Patrick van Aanholt’s slide-rule pass into the box.

Van Aanholt then had a similar strike from the other side of the pitch ruled out for offside before the break.

The Dutch left-back was getting forward at every opportunity and his 54th minute shot stunned Fabri – as it smacked the keeper full on the chin. 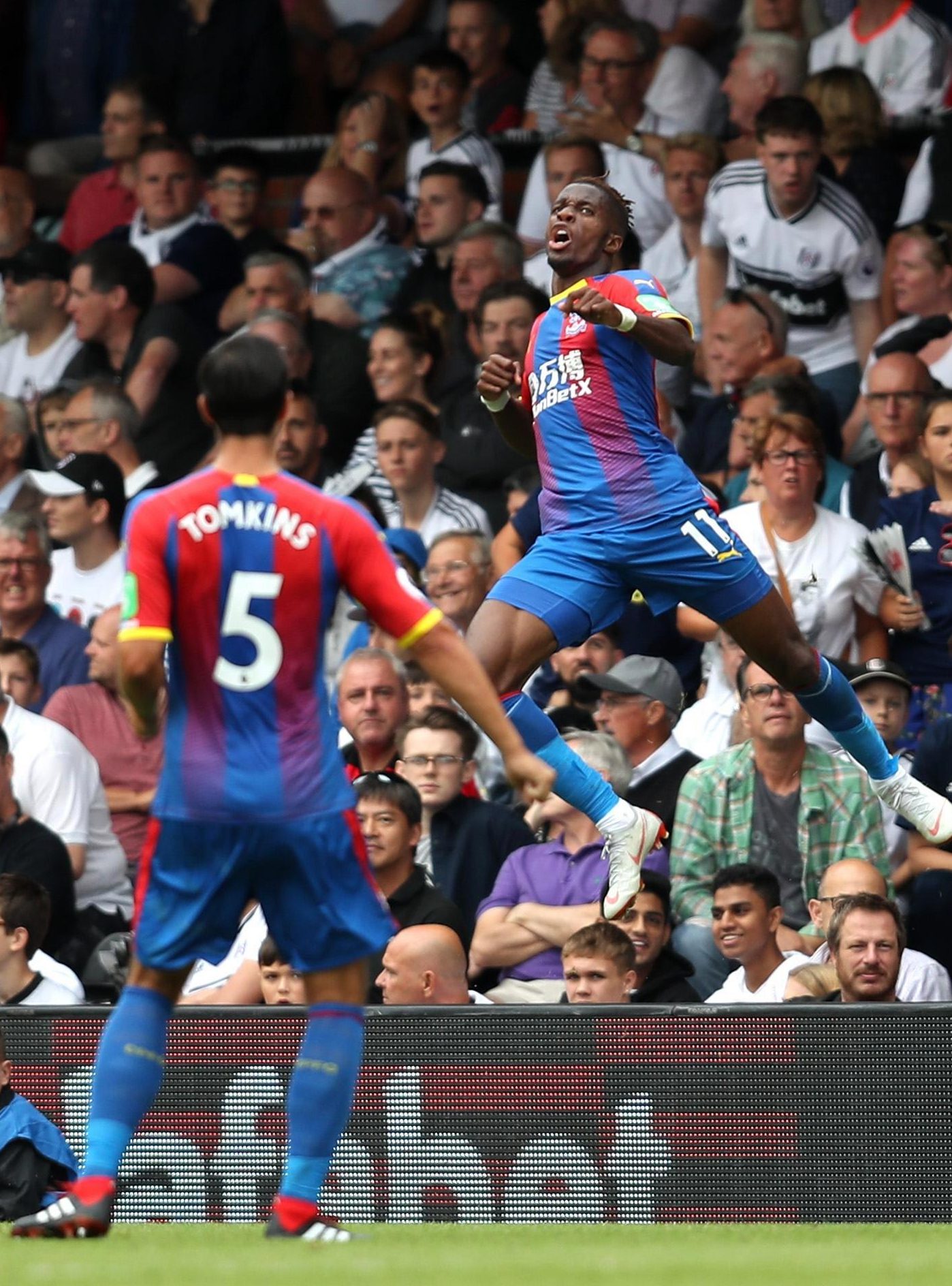 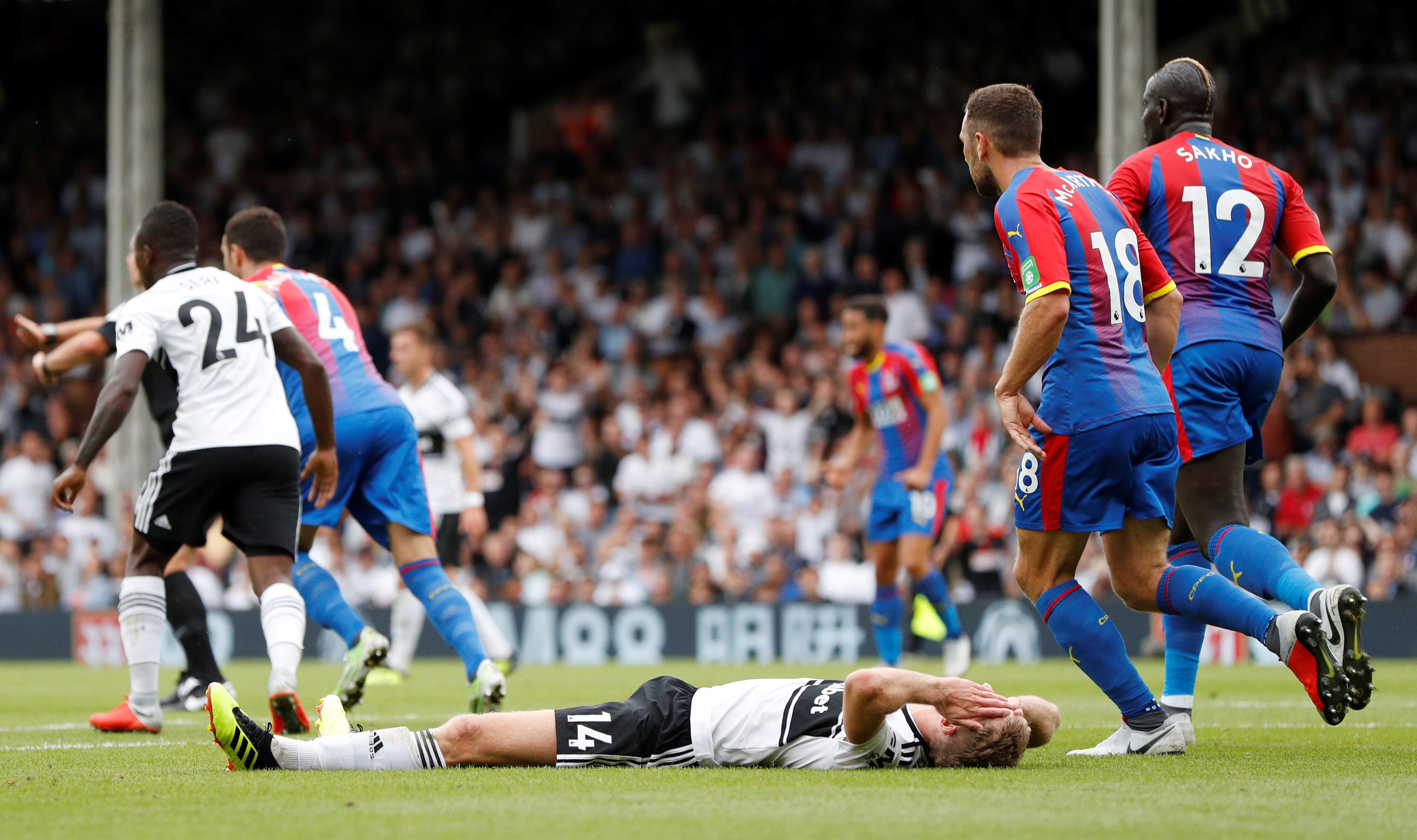 Fulham had a fair shout for a penalty turned down by ref Mike Dean when Andre Schurrle appeared to be tripped by Sakho.

Mitrovic then had header from Joe Bryan’s cross saved by Hennessey.

But Zaha made up for an earlier miss when he rounded keeper Fabri and slotted home after a wonderful run by rookie Palace right-back Aaron Wan-Bissaka, who kept Ryan Sessegnon in his pocket. 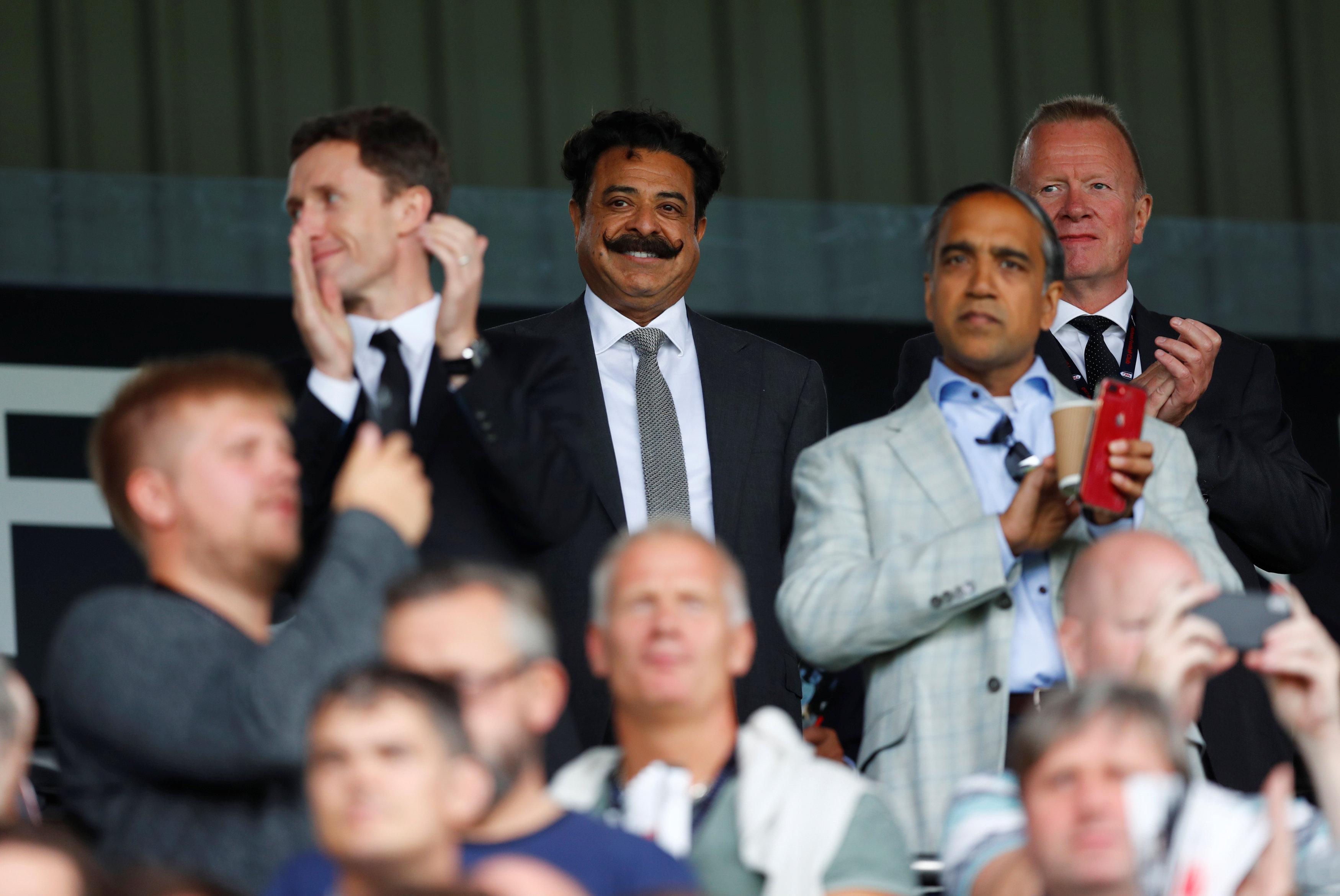 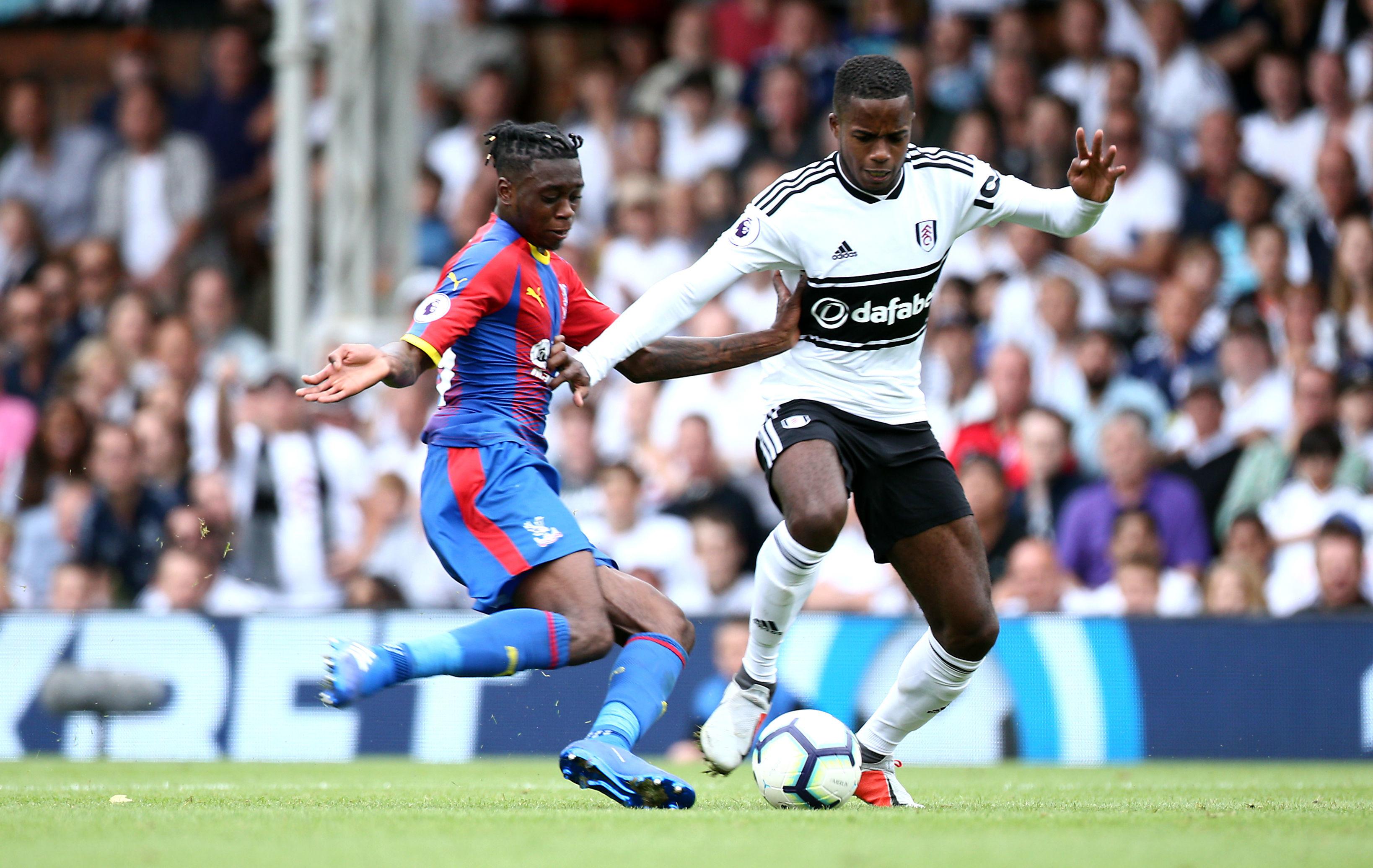