MESUT OZIL may not have had an impact on the pitch for Arsenal against Everton – but he did leave his mark off it.

The Gunners playmaker, 30, was seen throwing his coat at the Toffees' coaching staff following a touchline dispute between Unai Emery and Marco Silva. 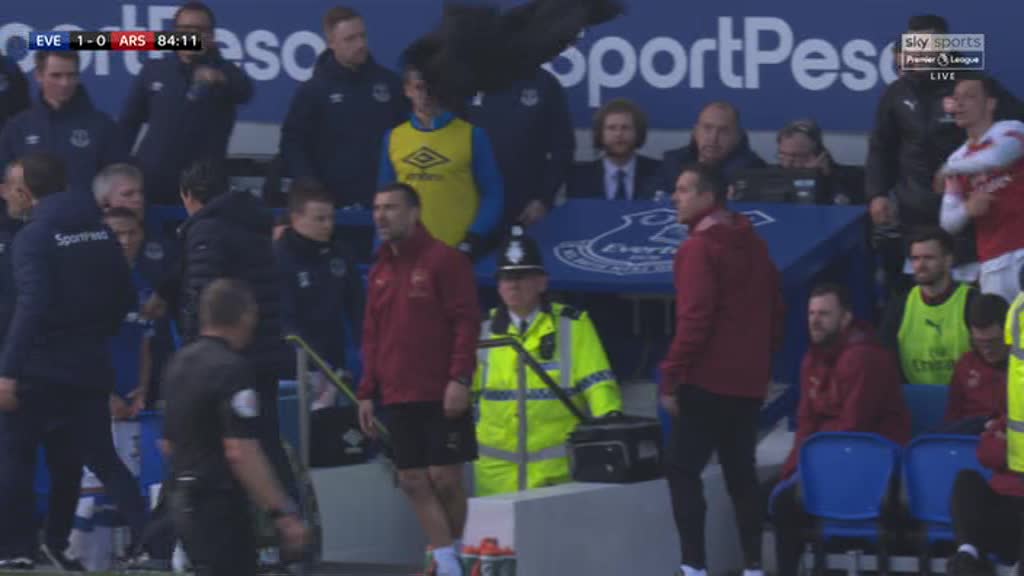 MY CAPTAIN?? . tears in my eyes?pic.twitter.com/mndv7EigQO

Both managers were involved in a heated row after Shkodran Mustafi wiped out Dominic Calvert-Lewin on the touchline.

The German centre-back received a caution over the foul, with both dugouts in disagreement over the incident.

Ozil then was seen launching his coat towards the Everton staff – sending social media into meltdown.

The 2014 World Cup winner – who failed to impress at Goodison Park – was hauled off for Alex Iwobi in the 74th minute as Arsenal lost 1-0 against the Merseyside outfit.

Taking to Twitter, one fan said: "Ozil throwing his coat at Emery as he's beefing Marco Silva is a new level of banter even for Arsenal."

While another quipped: "I know Ozil often throws the towel in but now he's throwing his coat as well lol."

One commented: "Anyone seen Ozil??? First time I saw him today was when he threw his coat."

Another joked: "Certain man says Ozil isn't passionate. Literally threw his coat from the bench to the sideline in frustration. My captain."

Arsenal's defeat leaves their chances of qualifying for the Champions League in the balance, as they failed to get a result that would see them leapfrog Tottenham into third.

They now sit in fourth spot on goal difference ahead of next week's clash against Watford at Vicarage Road. 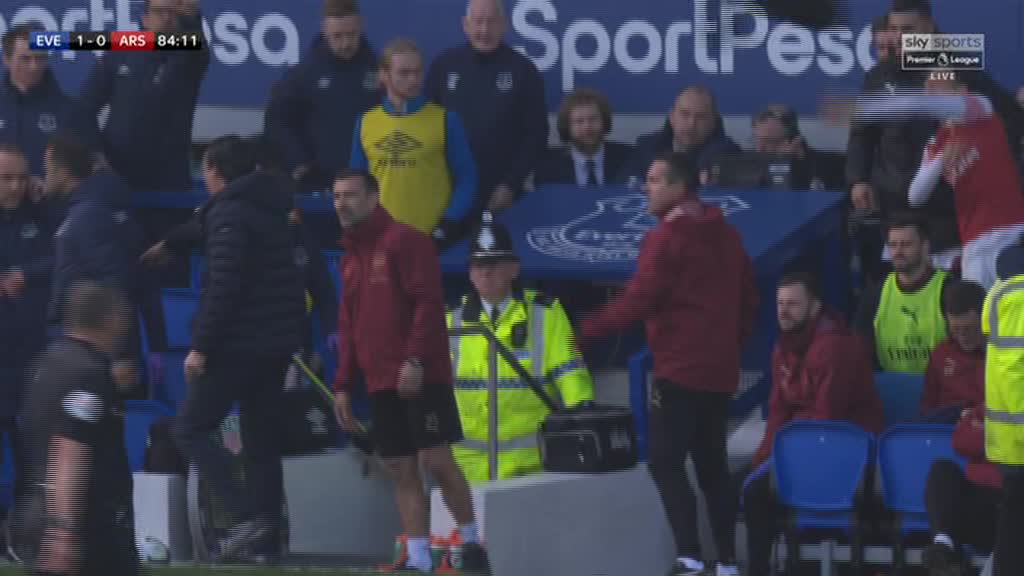 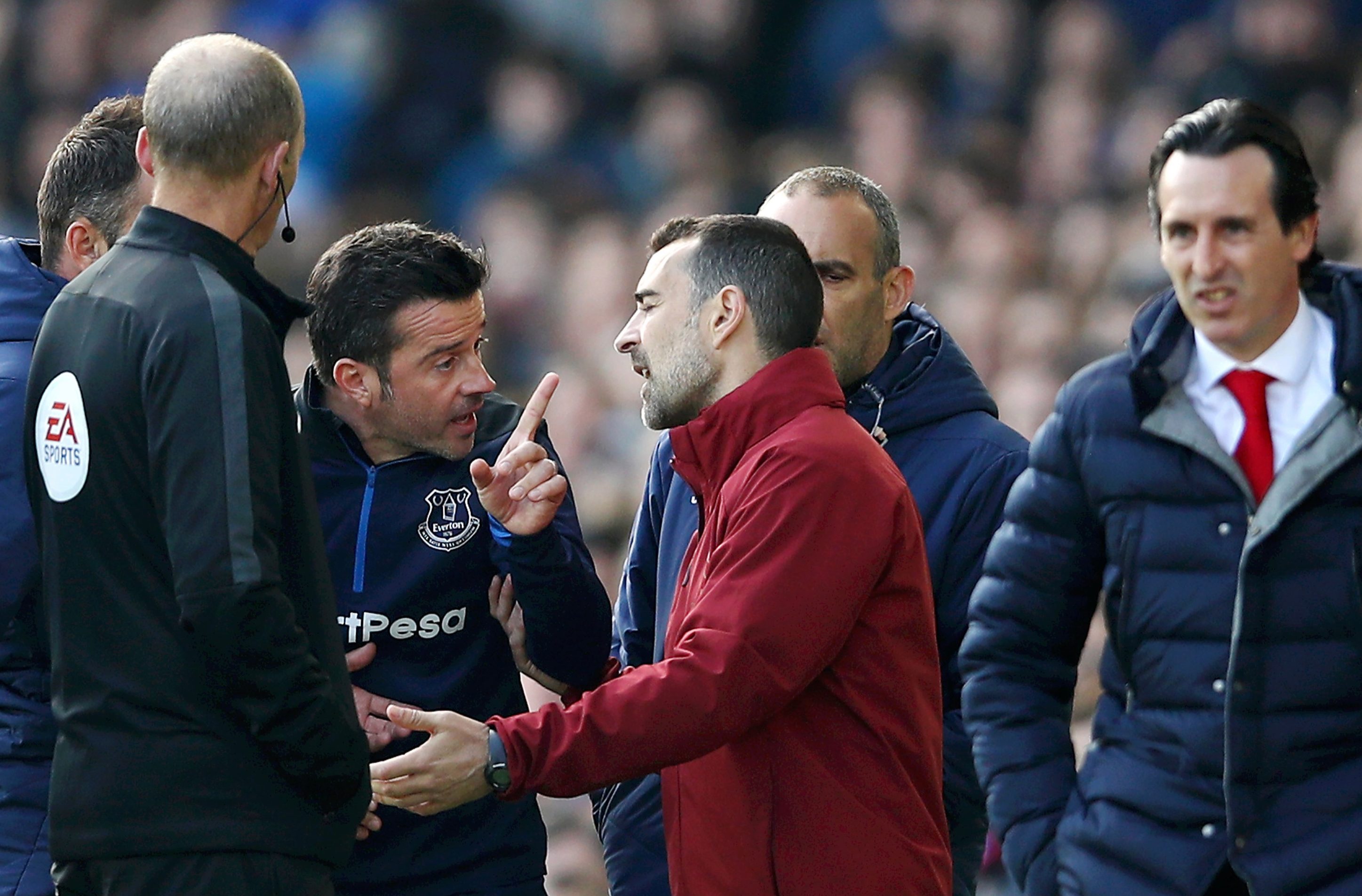