Brayshaw was left bloodied and flat out on the Optus Stadium turf during the Dockers 58-point loss to the Eagles after being hit in the face by Gaff’s left hand. 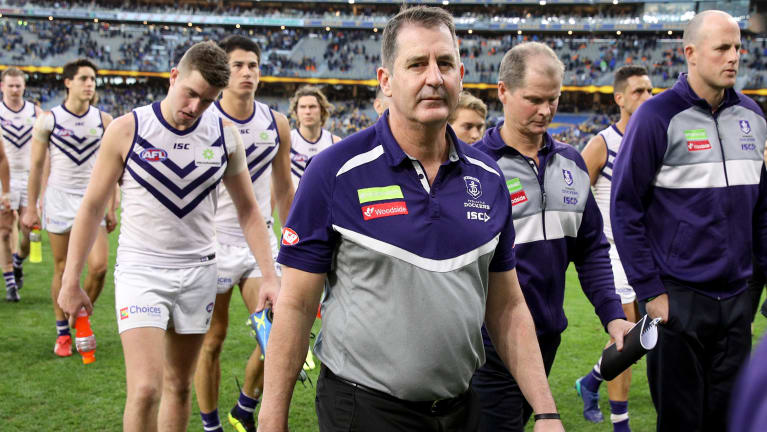 Ugly incident: Fremantle coach Ross Lyon leads his team off the field after loss to West Coast that was blighted by Andrew Gaff’s hit on young Docker Andrew Brayshaw.

The incident happened 20-30m off the ball, and left the 18-year-old in hospital with a broken jaw which requires surgery.

Hall was suspended for seven weeks after his hit on Staker in round 4 of 2008 left his West Coast opponent unconscious. The Eagle missed the game the following week due to concussion, but played against the Western Bulldogs in round 6.

An emotional Lyon said after Sunday’s game that the incident was distressing.

“I've got an 18-year-old kid that I saw in a real mess when I came down to the rooms, and his mum in tears as I was walking in. It's not very palatable,” he said. 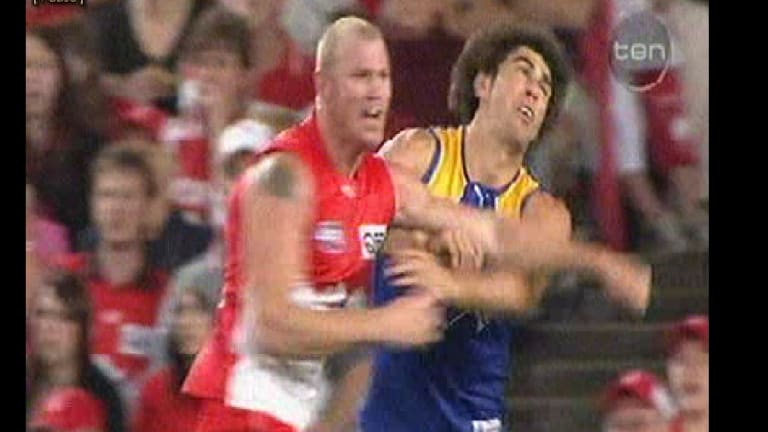 Barry Hall’s vicious punch at an unsuspecting Brent Staker earnt him seven weeks on the sidelines in early 2008.

“Andrew Brayshaw was king-hit 100m off the ball. He's got a fractured jaw and four displaced teeth that are caved in, and he'll be undergoing surgery tonight.

“Andrew (Brayshaw) is unlikely to play again this year.

“There's certainly precedents set. I think Barry Hall got seven (for his hit on Staker).”

Not even a squeaky-clean record in 174 AFL games previous is likely to save Gaff from a lengthy stint on the sidelines.

With three home-and-away games remaining before the finals, Gaff may also have made his last appearance this year – with the hit likely to be deemed intentional and the impact severe. 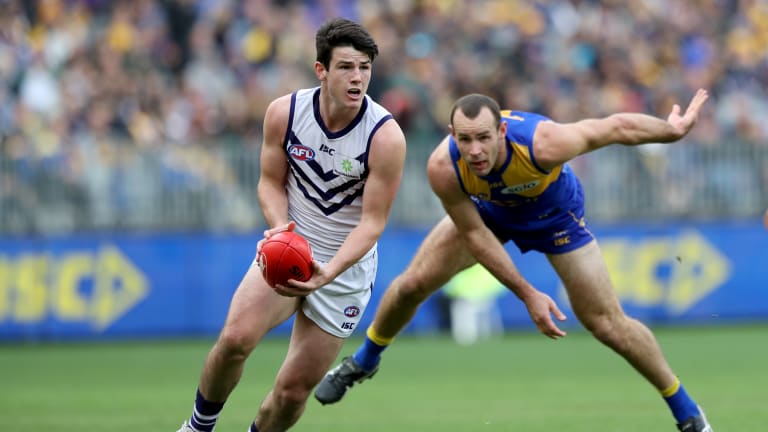 Andrew Brayshaw in action for the Dockers during the round 20 Western Derby.

The Dockers confirmed via Twitter during the last quarter that Brayshaw had suffered a broken jaw and did require surgery.

Gaff is yet to re-sign with the Eagles beyond the 2018 season, and could go in to the post-season as a free agent, with several clubs in his home town of Melbourne interested in gaining his signature.

The incident occurred midway through the third quarter and set the tone for the remainder of the game. There were several scuffles afterwards, some that will attract the attention of the MRP, including the incident involving veteran Docker Michael Johnson after he made contact with Gaff in the final term.

Lyon said he had to calm his players down.

“It's very distressing. My senior players certainly wanted retribution, and I had to stay out on the ground longer at three-quarter time to settle a couple down, and say 'don't bring yourself into disrepute',” he said.

Gaff said in an interview with FoxFooty’s David King before the coaches’ press conferences had started that he felt sick after the incident.

“I just want to apologise to Andy; I feel sick,” he said. “I did the wrong thing and it doesn’t indicate my character and my main thought is how he is. 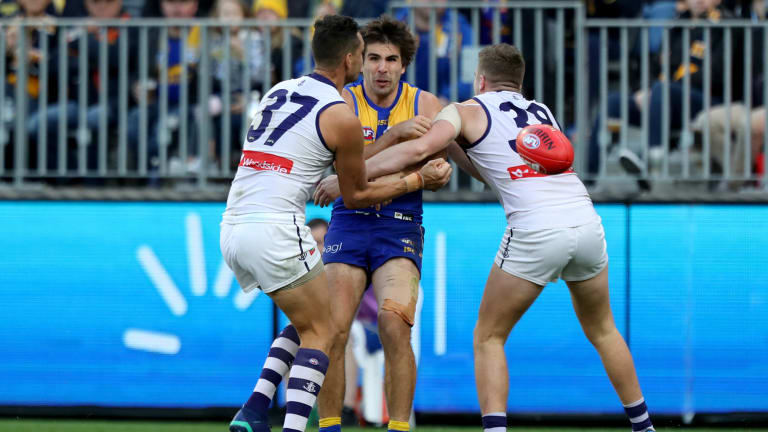 Retribution: Eagle Andrew Gaff was taken from the field after being double-teanmed in a tackle by Michael Johnson and Luke Ryan of the Dockers.

Eagles coach Adam Simpson was quick to support his player when asked about the incident.

“All I know is that Andrew is quite upset; he's really thinking about Brayshaw and Brayshaw's family. He's not feeling great at the moment,” he said.

“One thing I know is that Andrew's character and who is as a person and a player – can't be questioned. We're working through it and what will be, will be.

“I can't really comment on the incident, as much as it is going to look as though it was intentional, I'm not really sure it was.

“It's going to be reasonably big news I would have though, the next few days.”