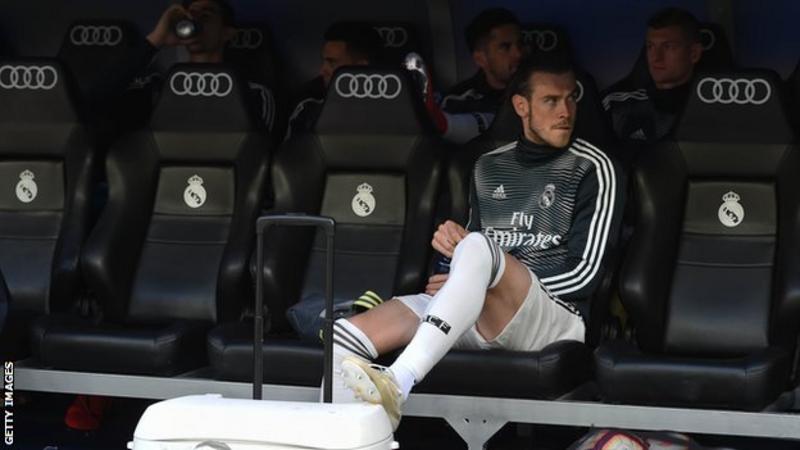 It has been a frustrating season for Gareth Bale at Real Madrid, the Welshman ending it as an unused substitute for the 2-0 home loss to Real Betis.

Having finished third in La Liga, 19 points behind champions and fierce rivals Barcelona, and seen their three-year grip on the Champions League ended, Real Madrid face a big summer as manager Zinedine Zidane attempts to rebuild the squad.

Bale said nothing after Sunday’s loss, while Zidane admitted he “did not know” whether the 29-year-old would still be at the club next season.

So what does the future hold for one of Britain’s most successful foreign exports?

Bale was unhappy not to get a chance to play against Betis.

After six years in Spain, during which time he has won 13 trophies and joined Liverpool’s Phil Neal as the most decorated British European Cup winner with four triumphs, Bale has fulfilled a prediction made by those closest to him at the time of his world record £85m move from Spurs – that he would be a rare example of a British player enjoying the best years of their career outside the UK.

The former Southampton and Tottenham player knows it is by no means certain he will be back next season. And it was felt Zidane was being deliberately awkward in not offering Bale a potential final appearance at a club for which he has played 231 times.

Yet it could also have been part of a power play on Zidane’s part, underlining to Bale the frustrations that will lie ahead should he maintain his current stance of insisting Real stick to the remaining three years of a contract extension signed in 2016 and thought to be worth £350,000 a week after tax. 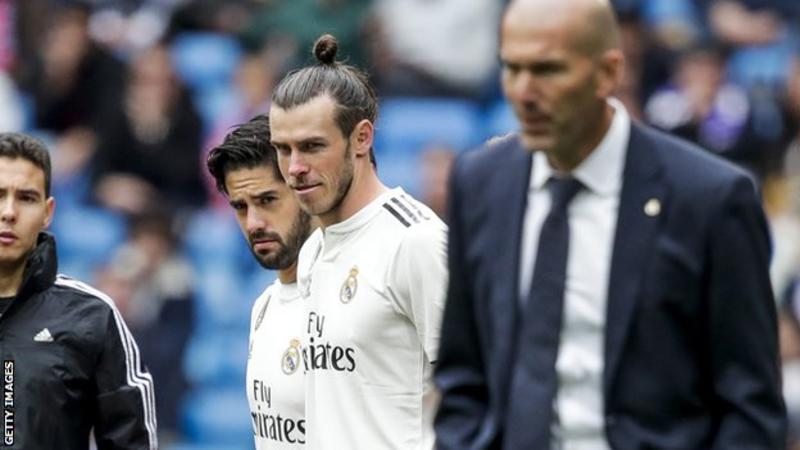 Zidane’s preference for Bale to find another club is complicated by the sheer size of his contract.

Bale is entitled to £55m in his deal, which runs to 2022. To put that figure into context, Huddersfield Town’s entire wage bill for 2017-18 was £62.6m. There are few clubs in the world who can afford to absorb that kind of sum.

It is almost certain therefore that for Bale to leave, Real will have to offer some kind of financial incentive to the buying club.

That could be either a drastically reduced transfer fee, an offer to subsidise Bale’s salary, or a loan. None of these options are straightforward in Financial Fair Play terms at a time when Zidane is hoping to reshape his squad, a process likely to start with the arrival of Eden Hazard from Chelsea for a fee that could get somewhere close to £100m.

If none of these options is viable, Bale will stay where he is.

Manchester United have had a long-standing interest in Bale and are the present favourites to sign him.

However, United’s last big-money purchase of a 29-year-old wide player had disastrous consequences. Indeed, manager Ole Gunnar Solskjaer is in a very similar position with Alexis Sanchez to the one Zidane finds himself in with Bale.

It is impossible to conceive of a situation where Sanchez and Bale are in the same squad at Old Trafford and, as Solskjaer’s preference is to go for younger players as he tries to put United back into a position where they can at least challenge for major honours, a concerted move for Bale is not certain.

There is also the question of whether Bale would be willing to join a club who are not in the Champions League.

United responded to their previous two failures to reach Europe’s major club competition by making statement signings – Angel di Maria and Radamel Falcao in 2014 and Paul Pogba and Zlatan Ibrahimovic in 2016 – so Bale to Old Trafford cannot be dismissed just yet.

Return to Spurs – enticing but unlikely

On the face of it, a Bale return to Tottenham is unlikely.

Only three outfield players in Mauricio Pochettino’s squad are older than the Welshman, who made 203 appearances in six years at Spurs from 2007, and at least one of those, defender Toby Alderweireld, looks set to leave this summer.

However, with the club on a high after moving into their magnificent new stadium and reaching the Champions League final, commercially, signing Bale may make a lot of sense as he is one of the most recognisable players in the world and potentially, can project Tottenham to a wider audience, allowing them to maximise their new status.

Of all the top six clubs though, Tottenham pay the lowest wages and chairman Daniel Levy is unlikely to be relaxing the purse strings too much this summer, even if he is under pressure from Pochettino to do exactly that. 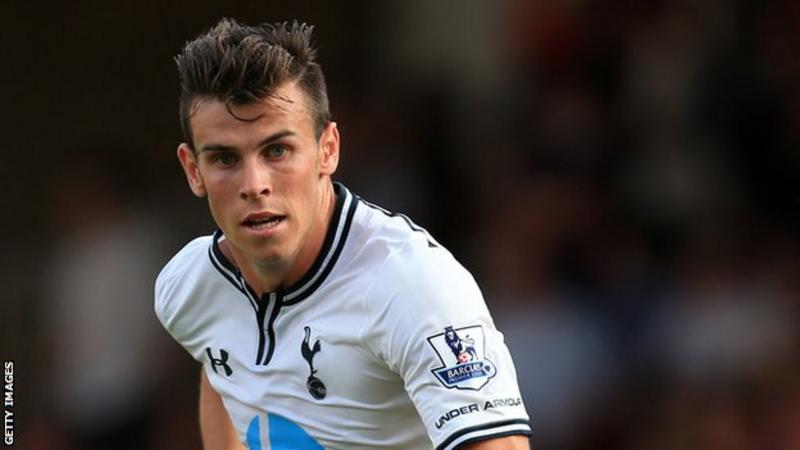 Where else – PSG, Bayern or Wolves?

Among the other clubs being spoken of as likely suitors, Bayern Munich are looking for a wide player but Bale does not fit the same age range as their first choice, Chelsea’s Callum Hudson-Odoi. Paris St-Germain would probably need to sell one of their own big names to create space, meanwhile, and only one of the Milan clubs will qualify for next season’s Champions League, and both are set for summer upheaval on the coaching front.

One other interesting option for Bale could be Wolves, who have made no secret of their ambition, and who have now qualified for next season’s Europa League.

In the past, given their links to powerful agent Jorge Mendes, Wolves officials have suggested the game’s biggest names would be on their radar if the opportunity arose.

After finishing seventh this season, a move for Bale would be a significant statement of intent.

Bale’s time at Real Madrid may have had its difficulties, but his six years at the Bernabeu have coincided with a period of unrivalled success with Wales.

During his time as a Real player, Bale has inspired Wales’ qualification for Euro 2016 – and then played a prominent role in their historic run to the semi-finals – before becoming his country’s all-time leading goalscorer last year.

In order to keep their talisman in peak condition, Wales have had to maintain a strong relationship with Real.

The Football Association of Wales and manager Ryan Giggs speak to the Spanish club regularly, particularly when Bale is injured and needs to have his return to action carefully managed.

Having faced similar levels of scrutiny during his playing career at Manchester United, Giggs says the criticism Bale has endured “comes with the territory” at the Bernabeu and has never wavered in his confidence that the 29-year-old remains a pivotal player for his country.

Giggs’ predecessor Chris Coleman often said it would benefit Wales if Bale stayed at Real because of his belief that Spanish football is less physically punishing than the Premier League.

While Giggs and Coleman have been happy for Bale to remain a Real player, there is a feeling among Wales fans that he has not been properly appreciated by the club’s supporters.

Bale has scored three goals in four Champions League finals but still he is targeted by the Bernabeu’s boo boys, some of whom have never seemed to warm to the Welshman.

As far as some Wales fans are concerned, he would be better off without them.