Paul Gascoigne revealed the reason his appearance on Soccer AM was cut short on Saturday morning was due to him taking sleeping tablets, after fans expressed their concern after he appeared to be slurring his speech on the cult football show.

But the 51-year-old did not look himself and having been on the sofa for the first 45 minutes of the programme, he failed to reappear as the show informed viewers he was ‘not feeling wonderful’. 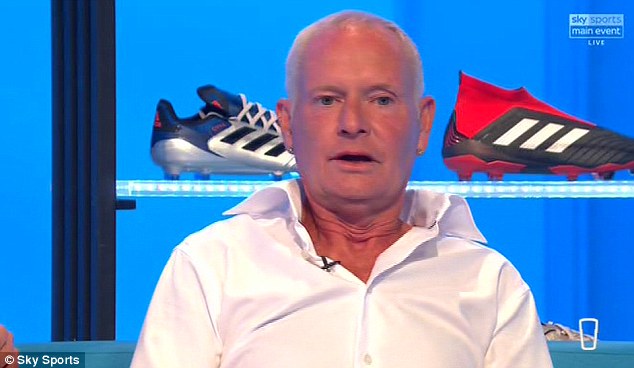 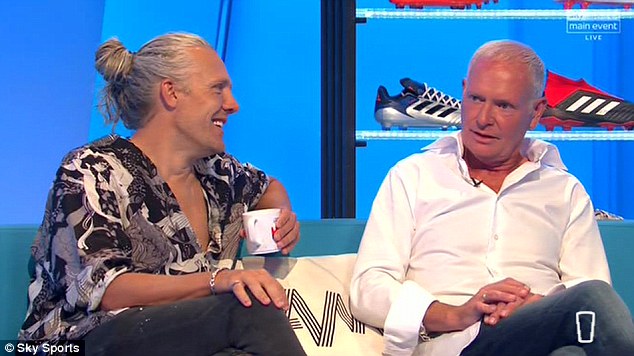 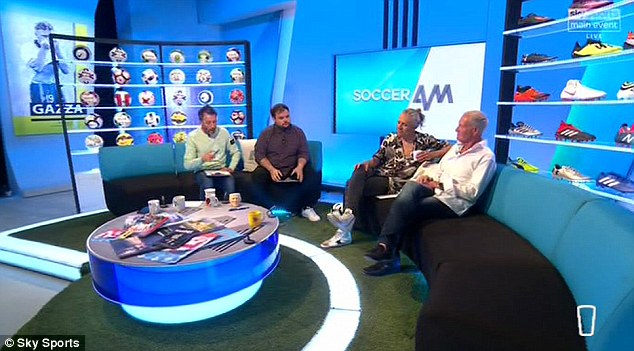 After appearing in part one, the show eventually confirmed he had gone after feeling unwell

Host Fendley said: ‘Gazza was here earlier but he was not feeling wonderful, he’s left us and we’ll catch up with him very soon. We wish you all the very best mate!’

But with a number of theories surrounding his departure, Gascoigne explained what had happened on his official twitter account.

‘Ha just read some of the tweets some say I’m looking well others say it’s the best they’ve seen me and others are saying i was drunk it’s every time I’m doing well that’s ok I been taking sleeping tablets to try kip that all love GAZZA xxxx,’ he wrote.

Gascoigne has battled addiction to drink and drugs as well as suffering from various mental health issues in recent years. 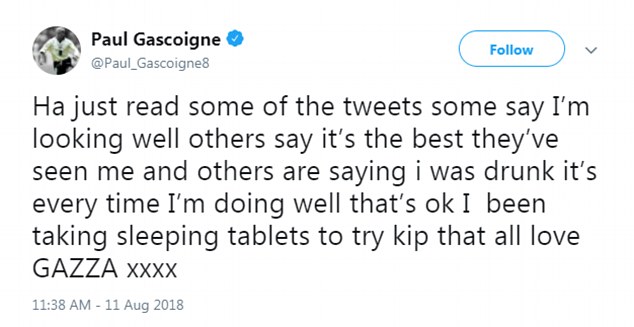 But fans of ‘Gazza’ quickly took to social media to express their sadness at the star’s plight and were wishing him a speedy recovery.

One user wrote: ‘#SoccerAM need to get Gascoigne off here. He’s clearly not right at all.’

Earlier in the show, the 51-year-old was shown a montage of his best goals during his career and he was asked how he was feeling before discussing a recent charity match.

The remainder of the show featured a number of elements surrounding ‘Gazza’ with one sketch showing Bullard recreating one of the midfielder’s famous goals.