LEWIS HAMILTON has ditched plans to join Ferrari and wants to turn Mercedes into the greatest team in F1’s history.

Merc boss  Toto Wolff had hinted the five-time world champion would join the legendary  Italian team for one last hurrah before bringing his career to a close. 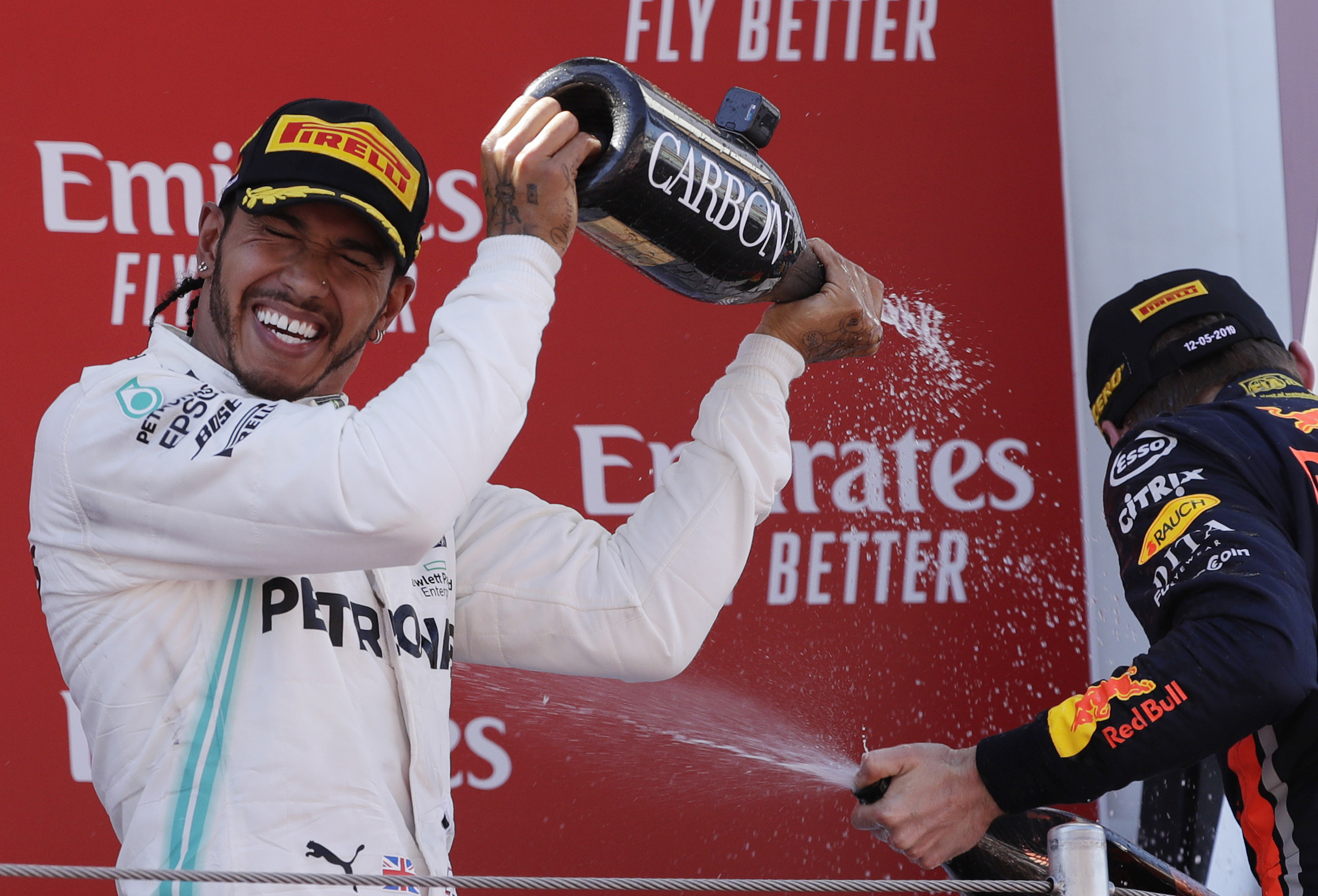 But after this thumping win in the Spanish Grand Prix — a race he led from the first corner  and even took an extra point for setting the fastest lap — the Brit revealed he is going nowhere. He said: “When you’re in negotiations, you always have to drop in the Ferrari name.

“Toto’s a very intelligent man, so we had great negotiations.

“I’ve been with Mercedes since I was 13, so it’s very hard to see myself anywhere else.

“I’ve never made it a secret that I’ve been a Ferrari fan, particularly of Ferrari road cars.

“But do I plan on going elsewhere? I haven’t made any plans for the future.

“For now I’m just enjoying driving with this team.

“It’s incredible what we’re achieving and what we have achieved in these six and a half years.

“I plan on making this team and working with this team to make it the most successful  of all-time. That’s my current goal and my sole focus.”

In all honesty, why would he want to join Ferrari? They are going backwards at a rate of knots.

Hamilton’s 76th win was routine after he got past pole-sitting team-mate Valtteri Bottas at the start.

The trickiest bit proved to be avoiding  driving into the back of the safety car — deployed after Lando Norris and Lance Stroll  collided after 46 laps.

Mercedes have now set an F1 record by chalking up one-two  finishes in the first five races of a season — Bottas and Hamilton celebrated on the podium by lifting Mercedes supremo Dieter Zetsche onto their shoulders.

The team should probably book the open-top bus now for their title-winning party while each member of their 800 staff can already think about what to buy with their £10,000 bonus.

Mercedes’ job has been made even easier by Ferrari’s implosion.

Sebastian Vettel, without a win since the Belgian Grand Prix last August, was too eager at the start and overdid it into Turn One.

The German dropped like a stone and was passed by his team-mate Charles Leclerc.

A slow pitstop cost him even more time and  Vettel eventually finished in fourth behind Red Bull’s Max Verstappen.

The former world champion  will now  speak to his Ferrari bosses after they made him let Leclerc by early in the race — and then reversed the situation later on.

He said: “We will talk about it internally.

“I think in the beginning it was clear Charles was faster. When he was putting on more and more pressure I was happy to let him go.

“Then in the second stint I wasn’t aware we were on different strategies but once it was clear I was let go. I tried to  pressure  Max but with the safety car it didn’t matter.”

He added: “I had a really nice message from a kid suffering from an illness. We sent him a card and a cap. I was looking for something for inspiration so I dedicated that race to him.

“You try to go out and do something for someone. It doesn’t always turn out as well as it has but I hope he is watching.”