Lynch has told Gold Coast he will not return next year, with Collingwood, Richmond and the Hawks in the hunt for the services of the prized full-forward who has been criticised for the way he has handled his contract status, particularly as he was co-captain. 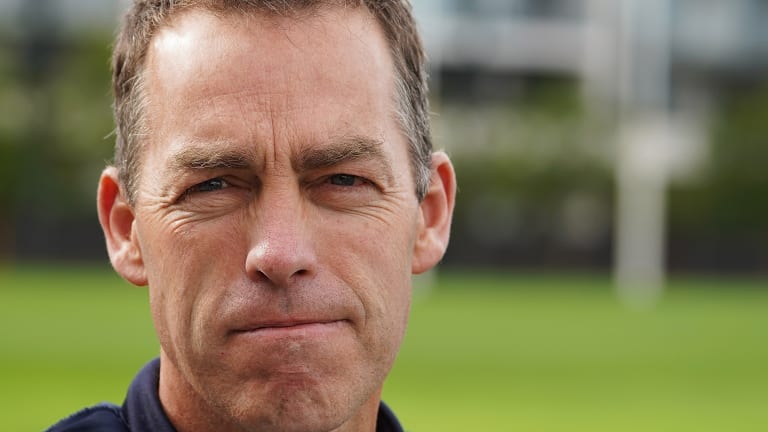 Hawks coach Alastair Clarkson would be keen on Tom Lynch joining his club.

The Tigers have long been seen as favourites to claim Lynch but the Hawks have also expressed interest, and he would fit nicely into Clarkson's plans to secure the club's next piece of "silverware".

Clarkson said on Friday he would leave dealings with Lynch to Graeme Wright, the head of football, and Mark McKenzie, the national recruiting manager. He said he would only get involved if asked.

"I think there are a fair few clubs that are interested in Tom's services and we are certainly one of those, too. But we have to see how all that plays out over the next little while," he said.

There will be at least one change in the Hawks' coaching set-up over the pre-season, with Brett Ratten opting to "explore opportunities" and potentially move on. The former Carlton coach has been an assistant to Clarkson since 2013.

Clarkson said the Hawks were unable to offer Ratten what he may want, that being to be a senior coach again or a new role as director of football.

"Nothing has been confirmed … he would be a big loss if he decided to move," Clarkson said.

"He is a ripper. We have seen what has gone on at Carlton over the last five or six years – in actual fact his win-loss record and the way that club was tracking at that point of time was pretty good. In the wisdom of their decision making, they chose to make a change at that point of time and it cost Ratts his job but I think he is a very, very astute coach. He has been great for us – in his first three years here, he helped us win three flags."

Ratten led the Blues in 120 matches, including through three finals campaigns, and boasted a 50 per cent winning record – the best of any Blues coach since David Parkin's second stint.

Clarkson, contracted until the end of 2019, said discussions between his manager James Henderson and the club on his own extension were "very preliminary".

He said there had been only one "innocuous" discussion, and that was "about a month ago".

"Nothing has happened since. We're in discussions like this all the time because I'm coach of the club and trying to work out the direction of our footy club over the long term," he said.

"We just need to work out whether I'm going to be part of that, so all our planning is along the lines that the next four weeks are pretty important to us.

"We'll just park things until the end of the year, I reckon, and do what we originally intended to do and have a discussion then."

Clarkson's immediate focus is on the key clash against the Bombers at the MCG on Saturday. The seventh-placed Hawks are desperate to at least maintain their spot while the 11th-placed Bombers, only a game outside the top eight, are chasing a finals berth.

The Hawks have made one change, dropping Jonno O'Rourke and recalling Harry Morrison. They prevailed by 23 points when the teams met in round seven, the Hawks booting six goals to one point in the third term, but this is a retooled Bombers line-up. The Bombers have enjoyed wins in six of their past seven games, with West Coast, North Melbourne and Sydney among the list of the vanquished.

Regardless of the result, the contest should be highly skilled, for the Hawks are ranked No.1 in the league for disposal efficiency (74.7 per cent), while the Bombers are equal sixth (73 per cent).

"We are coming up against a formidable opponent in good form who have their eye on featuring [in the finals] later this year themselves … it's going to be a cracker contest," Clarkson said.